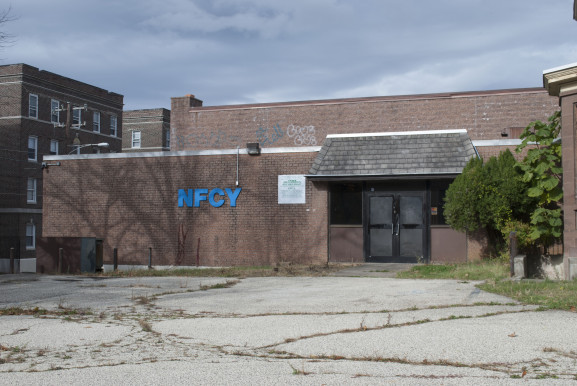 The property at Leiper and Arrott streets will soon be put to use as the Northwood Frankford Community Y building.

The Y has been closed since 2009. The main issue to opening the place back up has been the lack of money – there is a $175,000 mortgage and various other debts.

The mid-19th century mansion will be turned into law and real estate offices, according to board members who spoke at a meeting at the Y last month. The other section of the Y, which was built in the 1970s, will be renovated and used as it was previous used before – as a fitness center with basketball courts and swimming pool.

Much of the financial problems were removed, said attorney Frank Bennett. He will restore the mansion, the Y’s original building, using his own funds. Many of the financial debts have been forgiven when Be­ne­fi­cial Bank and its hold­ing com­pany agreed to for­go the mort­gage and about $225,000 in de­lin­quent payments, interest and pen­al­ties. Bennett, who is president of the Northwood Frankford Community Y, will pay $1 annually in rent for his law office at the Y.

Other board mem­bers include Kristy Schneider, Pete Specos, Joe Krause and Jose Figueroa. They hope to soon open up the new­er build­ing’s ex­er­cise room and bas­ket­ball court. They are currently look­ing for dona­tions help run the building. Many of the programs will be volunteer-based instead of paid positions, as they had been in the past.

There has been some vandalism and damage to the building since it closed in June 2009. Someone spraypainted the outside of the building and inside the pool area. Theives attempted to steal copper pipes and the roof-mounted air-conditioning system. The most recent crime was the attempted removal of the building’s old radiators. The thieves were caught.

Bennett said there will be security at hand to keep the vandals from doing any further damage.

With the opening of the Y, this should provide to the community and help slow down the crime going on throughout the neighborhoods.

The busy intersection and square where Cottman and Frankford avenues meet is commonly referred to as the heart of Philadelphia’s Mayfair section. It’s where the green and white “Welcome to Mayfair” sign resides and where [continue reading…]

The history of Frankford is a solid foundation for an understanding of how the United States of America gained its unique heritage. Frankford serves as a gateway to the rest of Northeast Philadelphia and has [continue reading…]