In 2011, Stanford Thompson created Play on, Philly! with the goal of changing the lives of Philadelphia youth through music. With the help of Carole Haas Gravagno and a few other dedicated musicians and sponsors, the young program has already made a major impact on the young people that have been lucky enough to go through the program and it is clear that the organization will continue to help many others. 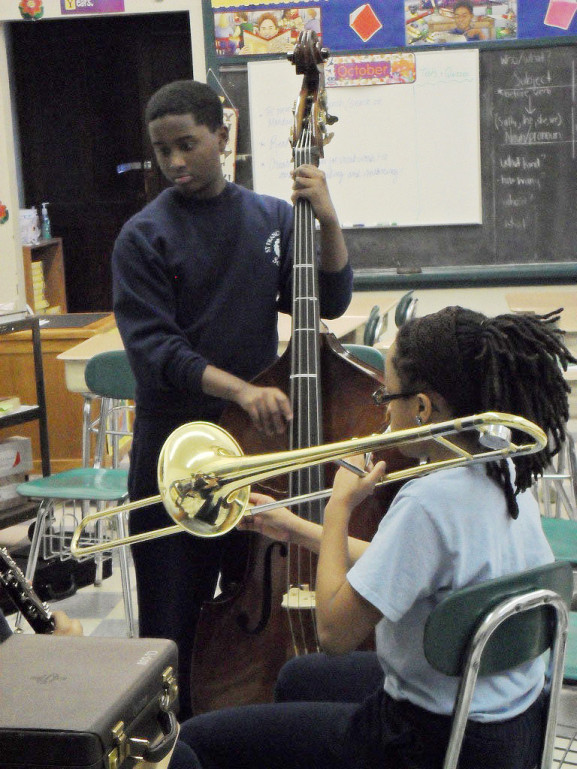 Play on Philly was inspired by the El Sistema social development and music education program of Venezuela. El Sistema was created 38 years ago by Dr. José Antonio Abreu. Abreu’s goal was to teach children from the barrio the skills they would need to stay in school and overcome obstacles in their lives through music.

When Abreu began the program with 11 children in a small garage, he had no idea the success the program would have. Currently, there are approximately one half million Venezuelan youths playing in orchestras.

The success of El Sistema programs have been closely monitored by musicians around the world, causing many to want to start similar programs of their own.

In the United States alone, there are about 100 El Sistema-inspired programs, including Play on, Philly!.

Ravonna Farrow’s daughter, like all POP students, does not have time to hang around on the street because of the extensive hours of practice that POP students must attend in order to be successful with their instruments.

“That helps and it also helps her grades go up,” said Farrow.

Children in the program are studying their instruments anywhere from 10 to 15 hours per week.

Learning all of those skills through music is supposed to be a fun and exciting way to develop the character of children who may not have been given the opportunity without the program. 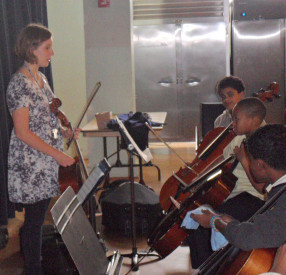 “We want the children to become musicians, but not professional musicians,” said Miller. “We really want them to learn the skills that they need to go forward in life, so they will be successful and stay in school and graduate school and go on to high school.”

One of the main reasons that suburban schools are able to have such a low dropout rate is the attention students are able to receive from teachers and administrators. POP gives inner city students the attention they need, Miller said, and helps to nurture them into highly motivated young adults.

“We’re really excited about this program for our children in the southwest Philadelphia area,” said Ellen Gard, a parent of a POP student. “It’s a great opportunity for our children to continue to learn and express their gifts and their talents that most schools would not even take the time to identify.”

Gard said that the music lessons have had an impact beyond music.

https://vimeo.com/40895662] BuildaBridge, located at 205 W. Tulpehocken St. in Germantown, is aimed at bringing hope and healing into the lives of children, families and communities in tough areas through the use of artistic gifts. Co-founders [continue reading…]