Out of the 339 schools within the Philadelphia School District, only eight have full-time paid certified librarians.

Louis Lozzi, a Philadelphia native and teacher said that the lack of library funding in the school system has been an issue since he began his teaching career 15 years ago.

“I’m used to being in schools without libraries.” Lozzi said. “I worked at a charter in Center City a few years ago. We had a librarian and a library. Unfortunately that was cut back in the day. What happens is when there is only so many dollars that can go around, school district administrators have to make difficult decisions.”

Upon joining Paul Robeson High School for Human Services as the principal in 2013, Richard Gordon was shocked to find that the school’s “library” was just two cases of discarded books. However, his experience working in Philadelphia schools is nearly identical to Lozzi’s; a reflection of what Gordon believes to be a bigger issue in the city. 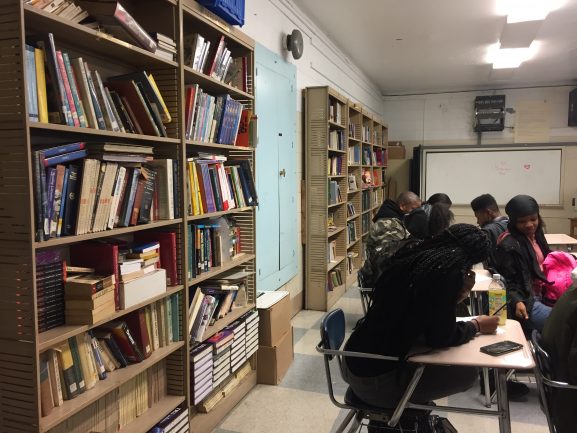 “The one common theme is just how challenging really deep poverty impacts schools,” Gordon said. “And how, unfortunately, funding has not been commensurate with the growing poverty that’s in a lot of neighborhoods that I was able to serve in.”

Budget cuts began as a remedy to the increasing costs of meeting the district’s needs, which has now accumulated to a 2.9 billion dollar budget for 2017. Although the projected budget for upcoming years is steadily increasing, schools have been left to look for funding elsewhere to supplement their fiscal needs.

“I have a high poverty school and I get some additional funds and I have some leeway to play with, with some of my funding sources,” Gordon said. “I have a colleague who is literally less than two miles away from my location and if she has $500 dollars in her discretionary funds to spend, she’d be lucky. And I know that a lot of her students come from the similar background of my students.”

While studies have shown that students perform better on standardized test scores when they attend a school that is equipped with a functioning library, Lozzi explains that the bottomline is the main concern for education consultants.

“The emphasis on learning right now is math, literacy and biology at the high school level,” Lozzi said. “Since they’re the three subjects that are tested, those test scores indicate the school’s performance. That may or may not be a reality in terms of ‘is it fair,’ but that’s just the way the state assesses the school.”

Lozzi also stated that schools receive funding and additional resources based on how well a school’s performance review is assessed. A large portion of the review is based on students’s test scores, attendance and tardiness.

To combat the devastating effects the budget cuts are having on the city’s schools, the West Philadelphia Alliance for Children raises funding for rebuilding libraries and providing volunteers to run them. Ruth Brader, Board President of WePAC, retired from the world of being a corporate lawyer to give back to the children in her community.

“Well, it would be fantastic if we could have libraries at every level in the Philadelphia public schools because it’s an under-resourced area,” Brader said. “Many, many of the neighborhood students do not have books at home.”

Although her passion for advocating for children’s literacy in the city inspired her to join WePac, Brader also understands that budget cuts in schools are necessary in the current economic climate.

“They’re trying to make ends meet, like everyone else, from a budgetary perspective,” Brader said. “I don’t know what’s in the legislatures’ minds with this regard. But I guess they think they’re working, or your state school board, your local school boards they’re working with limited budgets and they’re just looking for anything they can cut that seems like an easy target.”

Gordon has dealt with budget cuts firsthand, as he recalled when it came time to make the decision of letting go of the librarian of a school that he worked at in the past.

“I think that one of the first concerns I had when I was a principal at my previous school, one of the first budget cuts that I had to make was actually to the person who was running my library,” Gordon said. “That was very devastating because we actually had classes flowing through there on a regular basis.” 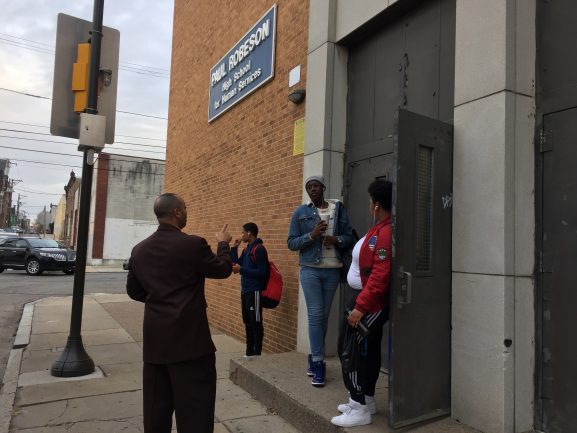 As technological advancements make their way into schools and universities across the nation, the idea of a librarian’s traditional roles may seem outdated. With false documentation and information flooding the web, Gordon believes librarians play a key role in developing research skills and practicing internet safety.

“Maybe if we actually took the time to update what the role of a librarian would be inside of a school, and make it more of an instructional thing in addition to, say study hall, then maybe people would have give more emphasis to the importance of it,” Gordon said.

In the school district of Philadelphia, there are now 13 additional libraries thanks to the West Philadelphia Alliance for Children. Library scarcity has become a focal point in the conversation for education reform, as the child literacy rate has been proven to improve with the assistance of an in-school library. 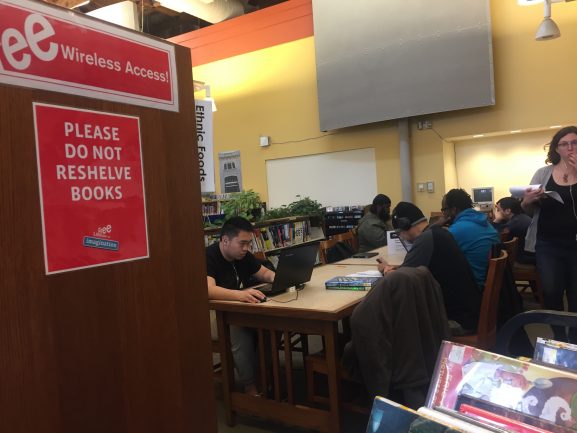 WePAC provides library services to elementary school students primarily in West Philadelphia. With the help of over 200 volunteers, the nonprofit can run a normal library program with weekly visits to schools so local children can bring books home to share with their friends and family.

The children’s reaction is a huge motivator for WePAC’s Board President, Ruth Brader.

“They just love the library program,” Brader said. “And they love getting to select their own book, to learn to love reading, hopefully. That’s one of the goals. It’s really critical for children to learn to read in the first three years of school it statistically has been born out. That’s one of the reasons that WePAC focuses on that.”

However, fundraising for a small nonprofit has proved to be a challenge, as the need for accessible children’s literacy material grows in the community.

“I think fundraising is a constant in any small nonprofits such as ours,” Brader said. “And we have individual donors, we have foundation donors, we have some corporate donors; and you just have to keep going to try to raise the money so that we can provide the books to the libraries because they need books. We do cataloguing at the libraries – we have software programs that support that cataloguing function.”

When it comes to financing a school, instructors and maintaining the facility’s most critical needs are prioritized over extra-curricular activities and resources. As the Kindle Cloud and digital media are readily accessible from a student’s smartphone, the debate of the necessity of an in-school library has been overshadowed by the cost-effectiveness of digitalization and increased funding towards bettering test scores. 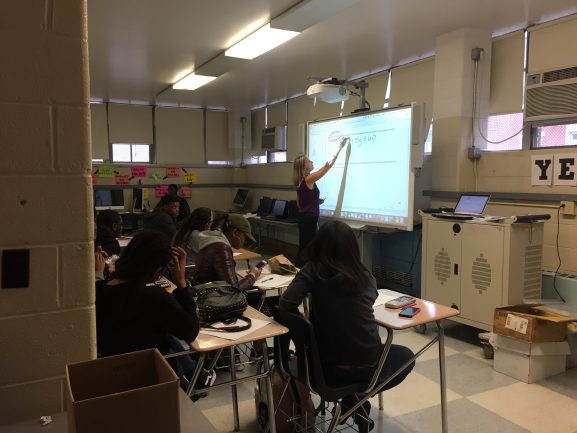 “We’re communicating all the time and kids from a very young age, they’re communicating whether they know how to put a word to it or not,” Sinha said. “And I think books give them a really great way to explore the many ways they can communicate.”

WePac primarily aids West Philadelphia elementary schools and Sinha believes that the value of a library is more than an extracurricular space, but a crucial part to a child’s development.

“Books are part of many years of schooling and if you can get them excited and use a library as a tool and a vehicle to get them excited, then you’re just setting the stage for them to feel more excited in their other subjects and their other classes when they’re talking to friends, when they’re going home and sharing with their families,” Sinha said. “It just plants a seed.”

Principal Gordon agreed that libraries have more to offer than books.

In the next few year, WePAC hopes to open new libraries in Philadelphia and possibly help other cities across the country.

“We’ve been asked to replicate our model with other cities,” Brader said. “We’ve had other people come to us and say ‘gee, how did you do that? How did you get started? How do you create libraries out of nothing in a space that has not been used for ten years?’”

For now, the organization looks to encourage parents and residents to reach out to their local government for more support in the educational system moving forward.

“Unless the school districts, particularly the school district of Philadelphia is given more funding, adequate funding are what I consider to be the basics, it’s not going to happen,” Brader said. “Unless you have more organizations like WePAC, or we’re replicated elsewhere.” 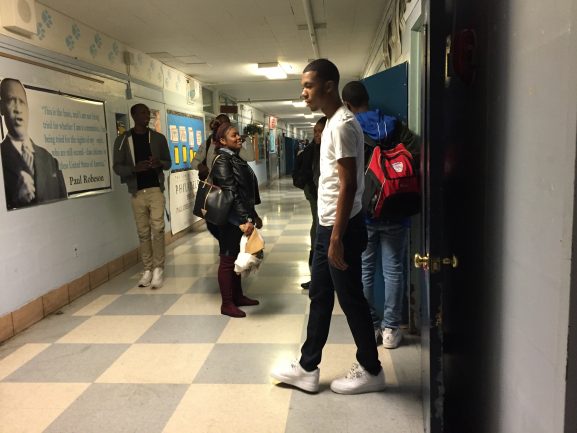 “I think that it’s a daunting task,” Sinha said. “I don’t believe that any one organization, WePAC or anyone else can actually do that. I think that it’s more important to think about how can we collaborate with other entities. Whether it’s other nonprofits, whether it’s government groups or agencies, community groups. I think it has to be a truly collaborative effort to see any real change.” 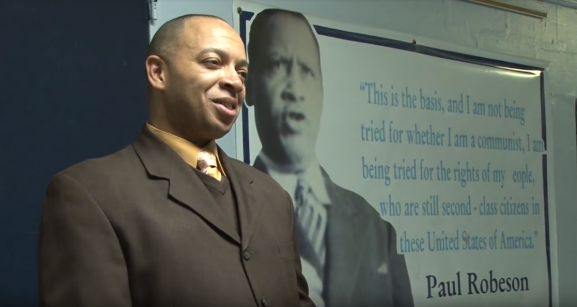 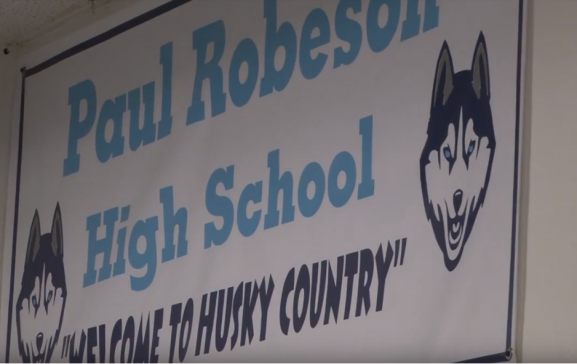 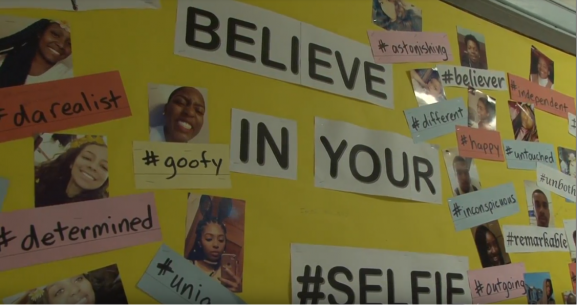 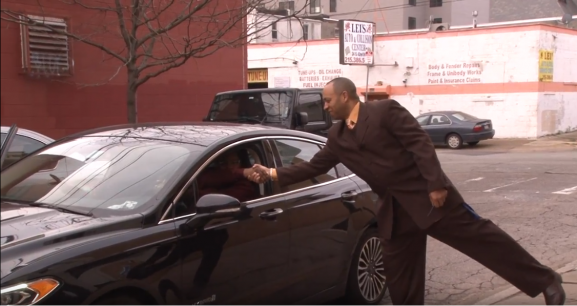 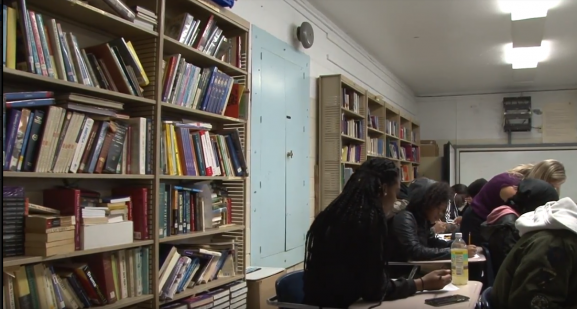 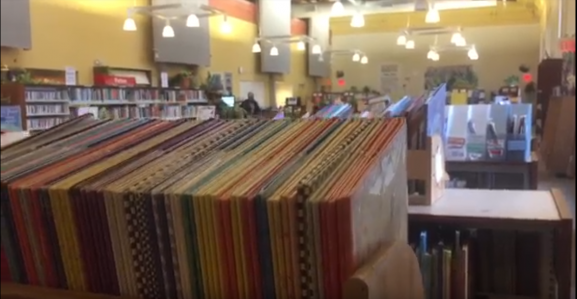 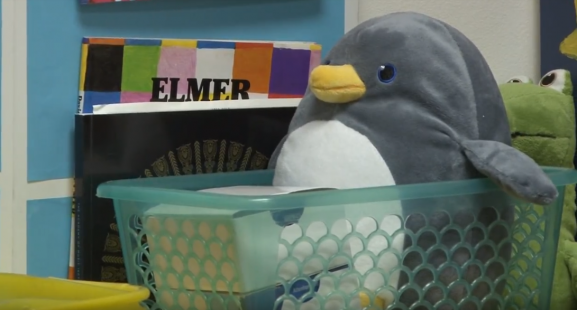 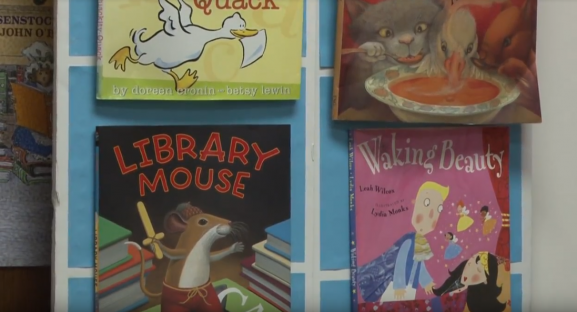 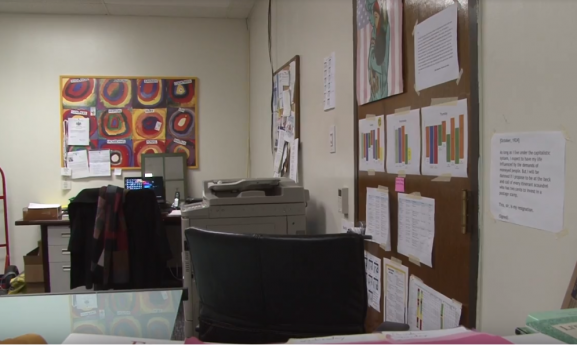 -Text, images and videos by Alexa Monteleone and Katelyn Evans.

It was 8:40 a.m. on a recent sunny, spring-like day. In addition to the birds chirping, chatter could be heard as a line from the front of St. John’s Evangelical Lutheran Church wrapped around Sackett [continue reading…]

Martha Sharkey is the executive director for the Chestnut Hill Business Association and is one of the primary people leading the way in bringing new businesses, programs and community safety projects to the local community. Sharkey, [continue reading…]

Politics: To Keep Millennials In The City, Politicians Must Focus On the Schools

It is no secret that Millennials are fueling Philadelphia’s recent growth. Individuals aged 20 to 34 represent more than a quarter of the city’s population. According to the Pew Research Center, growth within this age [continue reading…]