Known for its historical characteristics and distinctive Victorian-style residential architecture, Overbrook also includes a wide range of educational facilities. From Overbrook School for the Blind to Saint Joseph’s University, these institutions can accommodate students with assorted backgrounds and needs. Here is a list five principal schools that are deep-rooted in the neighborhood.

1. Often noted for the eruption of violence that takes place in its hallways, Overbrook High School (above) has gained a wicked reputation for its unruly student body and unpredictable environment. Yet, what many don’t know is that OHS schooled a plethora of household names: Actor Will Smith, members of the R&B group The Delfonics and former NBA standout Malik Rose are just a few stars who once roamed the halls. 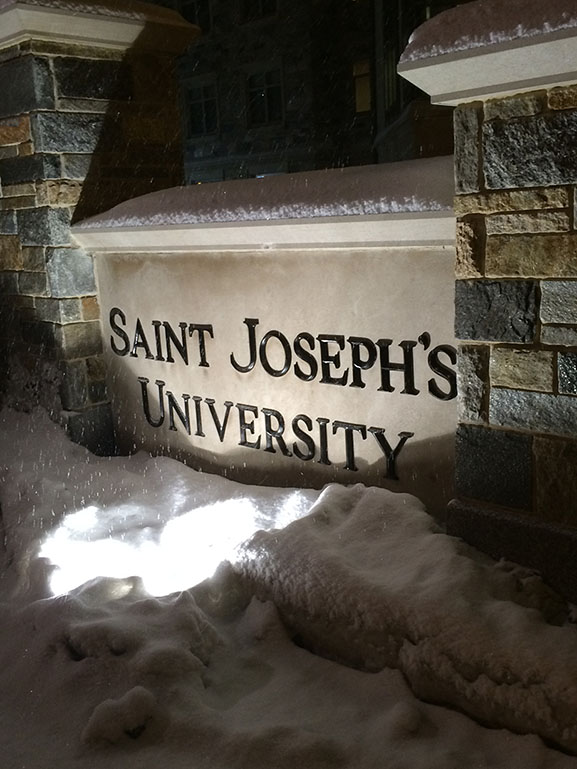 2. Dating back to 1741, Saint Joseph’s University began as a Jesuit college with a class of 32 men. In the following years, enrollment began to increase, yet it wasn’t until the 1970s that the college opened its studies to women and earned university status. After having several addresses throughout the city, SJU found its permanent and current site on City Line Avenue in the early 1920s. Known as the Saint Joseph’s Hawks, the university obtained its popular nickname “Hawk Hill” due to the school’s position on a hilltop overlooking downtown and the frequent sighting of hawks circling the skies. 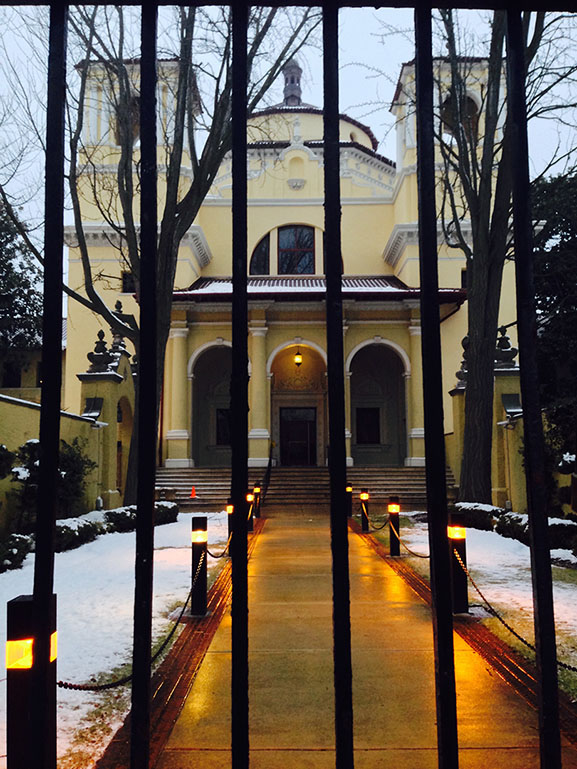 3. Established in the 1800s by Julius Friedlander, a teacher from Germany who taught children that were blind or had visual impairments, Overbrook School for the Blind today is undergoing constant improvements. The school sits on 20 acres with multiple buildings for dormitories, programs for pre-school/elementary students, a gymnasium, bowling alleys, a touch-and-learn center and much more. This building is very important to the community because it offers support to children who are blind or visually impaired and inspires them to live a fulfilling life where they can learn, play and have fun. 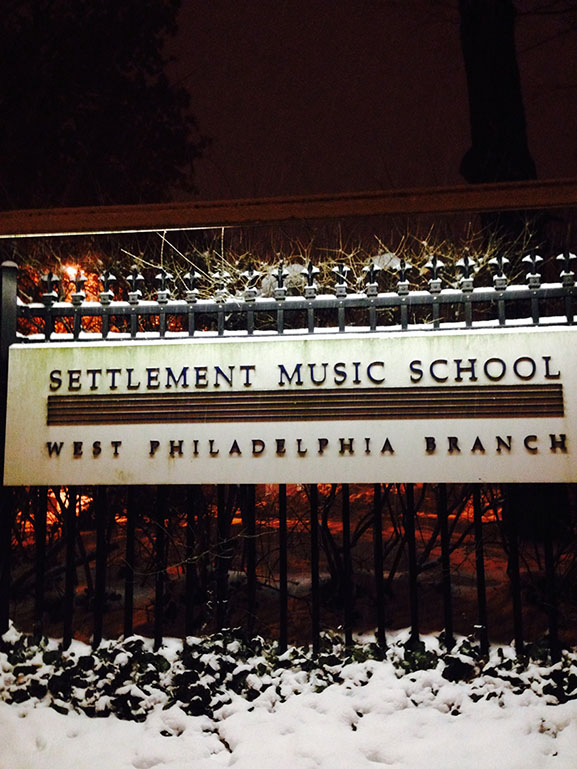 4. With six locations, including one in Overbrook, it’s safe to say that tons of talent flows in and out of the Settlement Music School. The school provides thousands of private lessons, classes and activities in music, dance and visual art to people of all ages. It takes pride in giving opportunities to people despite their financial situations, awarding more than $2 million annually in scholarships and aid. This building is important to the entire West Philadelphia community and it brings a lot of positive attention to Overbrook. 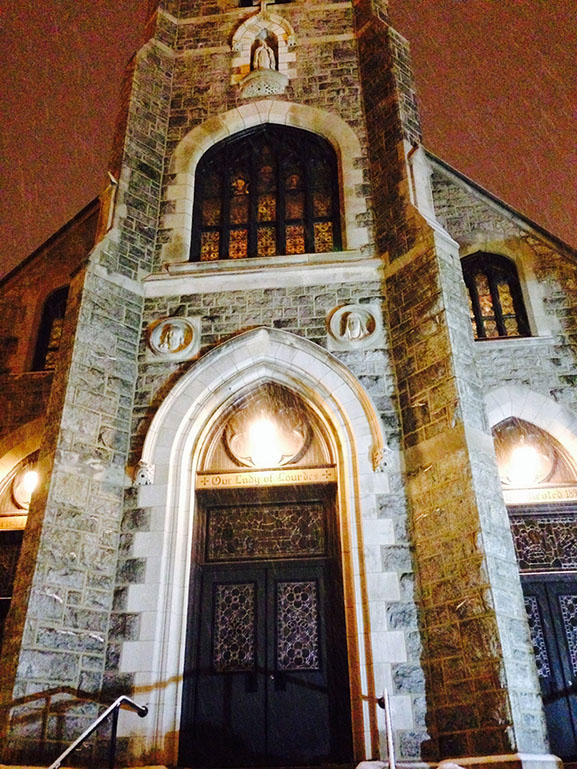 5. Our Lady of Lourdes has made its mark in the community for 59 years, offering the local residents a Catholic education and religious services for those who attend. It’s the same Catholic school that Will Smith attended. He even named his production company Overbrook Entertainment, paying tribute to his roots in the community. 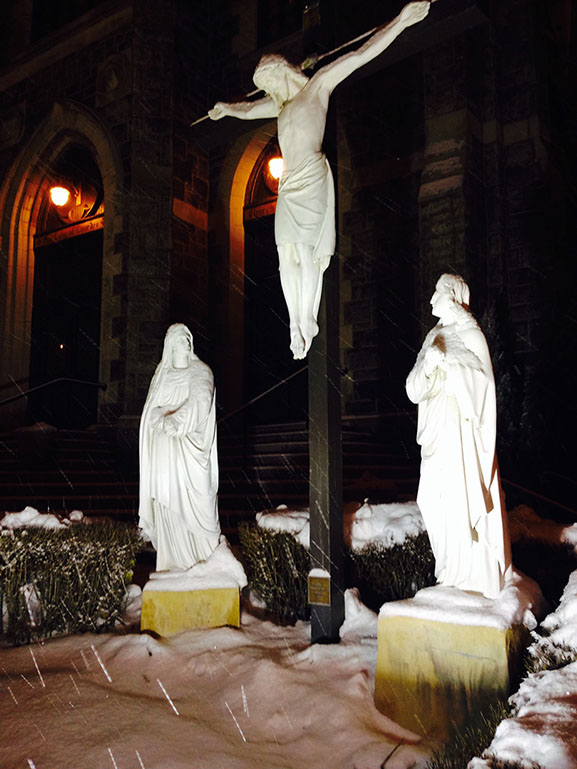 Text and images by Stacey Dusenbury and Reyna Cameron

The Bridesburg neighborhood is a small area full of pride, sitting next to the Delaware River just south and east of Philadelphia’s Northeast. With a median household income average of around $43,000 and a population [Read More]

The Saint Charles Borromeo Seminary had the privilege of hosting Pope Francis for a night when he arrived in Philadelphia. “I think the mood before he came was one of anticipation and unknowing,” said Deacon Matthew Biedrzycki. [Read More]

The students at Overbrook Elementary School took a non-traditional approach to improving their community for Earth Day. The students have been working on a community project, funded by a grant from The Picasso Project. The Picasso [Read More]