As up-and-coming neighborhoods, Fairmount and Brewerytown have placed strong emphasis on small businesses. These areas pride themselves on the community feel they have established with the help of local business owners, who help sustain a friendly neighborhood vibe through hospitality and loyal service.

1. After spending two years at Fairmount Pet Shoppe, Hannah Lieberman (above) saw an opportunity to aid the stray cats of Fairmount. In the store’s window, an adoption agency displays pets that need owners; as adoption coordinator, Lieberman helps to ensure these animals find proper homes. She fosters up to five cats at a time and has three cats of her own. The shop has coordinated the adoption of nearly 400 cats. 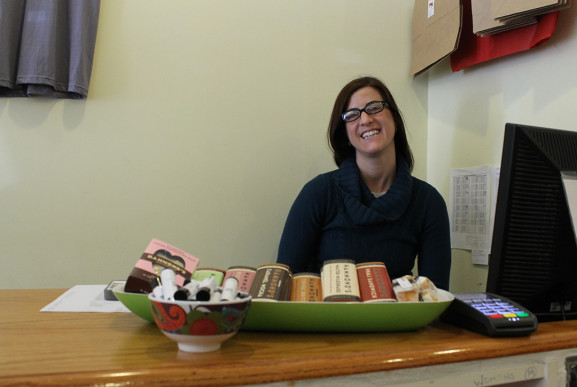 2. Jessie Menken began her career aiding families. After being involved with social work for a few years, Menken mentioned to her husband that if she ever opened a store, it would be named Ali’s Wagon, as a tribute to a friend she had lost. She opened the store a few years later to help new parents. “This is not just a baby store,” she remarked. “It’s a help-out-with-anything store.” The store hosts a parenting center, in addition to selling clothes and other retail items. The center hosts classes on infant feeding and sleeping for only $10 a session, as well as support groups for new parents. 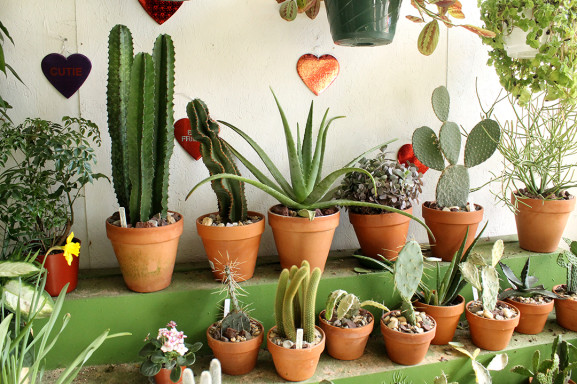 3. Dubbed “protector of the neighborhood” by friends and neighbors, Marcia Abrams has been watching over Fairmount from her flower shop Plants, Etc. for the past three decades. With the help of her daughter Dana, Abrams supplies flowers to individual customers as well as local restaurants and corporations. She also donates to Eastern State Penitentiary for special events. Abrams is known for an angry appearance on an episode of Parking Wars. Her outburst on the reality TV show was an effort to protect the community, and she embraces the attention she still receives today about her infamous line, “Get out of my neighborhood.” 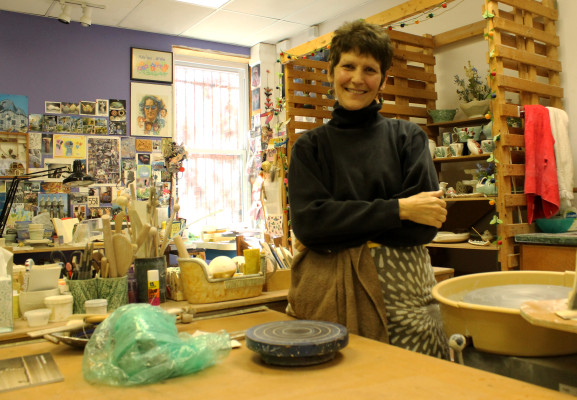 4. As she opens the door to her colorful array of pottery, Sandi Pierantozzi shines. With tireless effort, she and her husband, Neil, founded the Fairmount Arts Bar Crawl, which allows neighborhood restaurants to showcase local talent. “It was a lot of volunteer work with Fairmount CDC, but the students deserved to have their unbelievable talent shared,” she said. Pierantozzi has since passed along responsibility for the event, but still loves to participate. The idea came once she opened Neighborhood Potters seven years ago. The store sells pottery in addition to hosting classes for people interested in clay work. Her goal is to get a bigger display and a bit more help so more people can share her love for art. 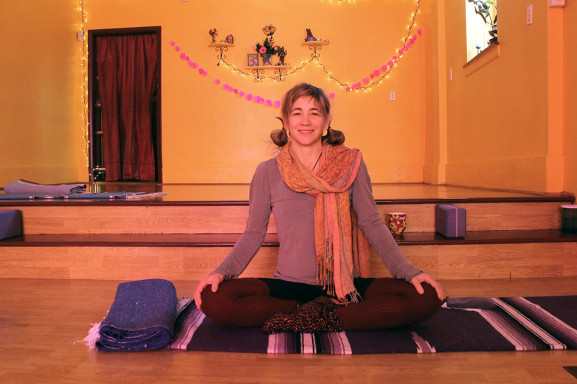 5. Corina Benner found her niche in yoga years ago and began taking classes so she could share this art with others. She moved to Philadelphia and opened Wake Up Yoga on the first floor of her apartment building at 23rd and Parrish streets. The space was for sale and she imagined it as a yoga facility. Wake Up Yoga began about 12 years ago and caught on quickly. Benner has classes specialized for all types of people, from experts to beginners.  She hopes to engage everyone in the power and relaxation of yoga.

Text and images by Amber Curtis and Courtney Marabella

Artist Robert Woodward, better known as Peanut Butter, has worked from his studio at the corner of 18th Street and Fairmount Avenue since 2000. It was not until this past November that he put up [continue reading…]

Books never run out of batteries. E-readers can feature a variety of books. Books have that certain smell. E-readers have a light for late-night reads. The debate may never end. Supporters of e-readers wonder why [continue reading…]