One of the most immediately distinct things about Spruce Hill and Walnut Hill are the many communities that these areas contain. Whether they are drawn together by religion, proximity or shared cultural backgrounds, the people in these communities are the lifeblood of the area. The five people below are community leaders whose actions help to improve and sustain the neighborhood in ways as varied as the communities themselves.

Horace Patterson has lived in Walnut Hill for more than 50 years and has served as president of the Walnut Hill Community Association for the last six.One of the organization’s biggest accomplishments, in his opinion, involves the transformation of a local apartment complex.

“We’ve been working with an apartment complex in the area,” Patterson said. “The residents of that apartment building had a lot of issues with crime going on.”

WHCS organized marches and protests in front of the building to draw attention to the issue. Eventually, the building’s owners sent representatives to meet with the association. Patterson said that the building is safer now.

“They have 24-hour security,” he said. “Cameras are up. It was a big problem for Walnut Hill and that problem has pretty much been solved.”

Monica Calkins was elected president of the Spruce Hill Community Association this past November. In addition to making sure that meetings and activities run smoothly, she oversees all of the organization’s committees.

Before she became president, Calkins was head of SHCA’s education committee. She said that SHCA has a goal of supporting educational activities and organizations within the Spruce Hill boundaries.

“We’ve dealt quite a bit with community input and reactions to the situation at Penn Alexander, in terms of overcrowding at the school,” she said. “Most recently, we had a meeting with one of the representatives from the school district to discuss enrollment issues, enrollment policies, wait lists and so on.”

In the future, Calkins hopes to increase the neighborhood’s outreach. “I would like to see even more involvement of various community stakeholders in the organization,” she said. “We have very strong committees within our organization, but I think continuing to seek ways to bring in other viewpoints and perspectives and people who are not necessarily represented is important.”

Tony Liang is the Pastor at the University City Chinese Christian Church.

“We serve  the students and scholars in University City,” he said, most of whom are Chinese.

Liang started at the church when it was founded in 2004, but wasn’t always a Christian. When he moved to the United States 35 years ago, he was an obstinate atheist, but converted to Christianity after being convinced by friends and teachers at the University of Pennsylvania, where he went to graduate school.

“Now, I help other people to know Jesus and the Gospels,” said Liang. 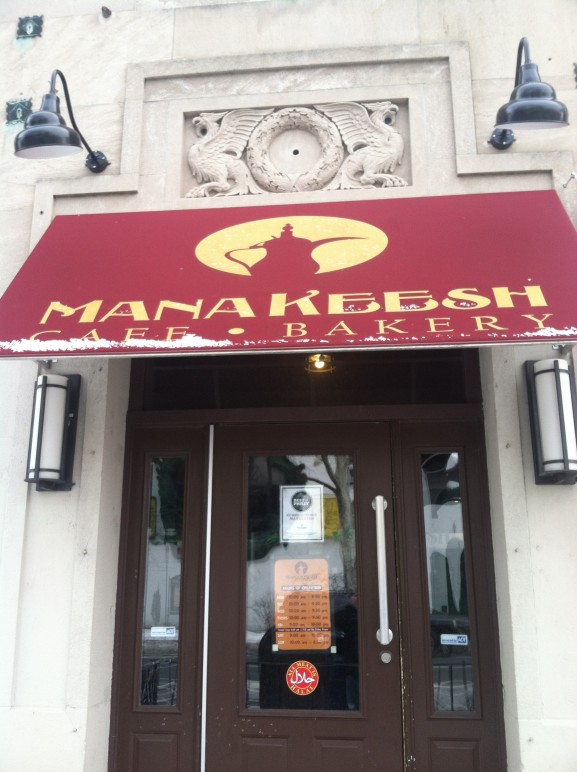 Abd Ghazzawi had been in marketing for four years before he was asked to head a restaurant in Walnut Hill. Now, three years later, he is the General Manager of a thriving halal cafe.

Manakeesh Cafe Bakery is at the heart of a heavily Islamic portion of Walnut Hill. One block away is Majid al-Jamia, a mosque founded by none other than Ghazzawi’s father.

Ghazzawi said his immersion in the community is rewarding.

“A lot of people come and thank us for opening up here,” said Ghazzawi. “People tell us they met their future spouse here and they want us to cater their events… We’ve really embraced the community.”

At the Majid al-Jamia mosque in Walnut Hill, it’s hard to miss Abdul Hakeem. When he comes in for one of the five daily prayers, his wide smile is contagious. He shakes the hands of everyone possible and makes it hard not to feel welcome.

Hakeem is a member of the Board of Directors at Majid al-Jamia. He said the most significant gift he gives to the community is helping to resolve conflict.

“If you have a problem with somebody else, we go and help them solve the problem,” he said.

https://vimeo.com/44849427] For a public school built in 1914, it comes as no surprise the building doesn’t have a modern look, but the inside of the Henry C. Lea Elementary School in West Philadelphia is also [continue reading…]

Twenty two years ago, Mantua’s only grocery store, located on 34th Street, burned to the ground. Since then, the neighborhood has never had a grocery store to call its own, forcing those living there to [continue reading…]