Philadelphia is nationally known for its sports culture, so naturally the city of brotherly love is crawling with professional and amateur athletes alike. Whether they are behind the scenes or right in the action, these five people are contributing parts to the growing amateur sports scene.

Chris Baer (pictured above) of Manayunk is the Director of Hockey Operations at the Flyers Skate Zone, running clinics on Monday and Wednesday nights as well as introductory classes on Saturday mornings. Baer is highly passionate about working with children and thinks that including sports at a young age is incredibly beneficial. “For a lot of these kids, I get to be their first experience with hockey, so it is important for me to help them develop a passion and love for it,” says Baer. “It’s a great game that they can play for their entire lives, and sports in general, not just hockey, are important in the development of young kids.” 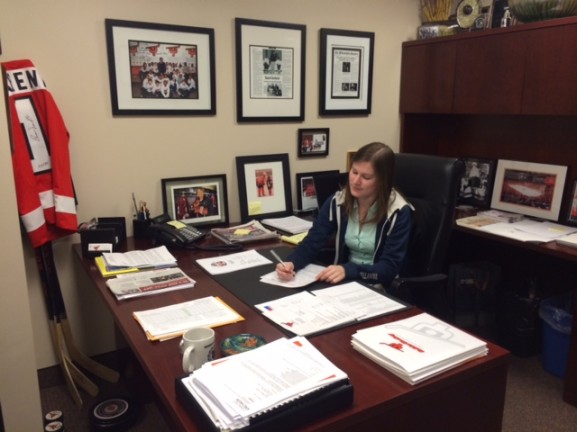 Hanrahan is the Development Officer for the Ed Snider Youth Hockey Foundation.  Her job is to plan activities and fundraisers, write grants and continue working with donors to make sure the charity continues to provide the free after school hockey program.  Before accepting the position in July 2013, Hanrahan served as a coach for the organization, and spent time as a preschool teacher. “I could not have picked a better organization to work for,” says Hanrahan. “I am fully invested in these kids, I know them and I know their families. I got really lucky.” 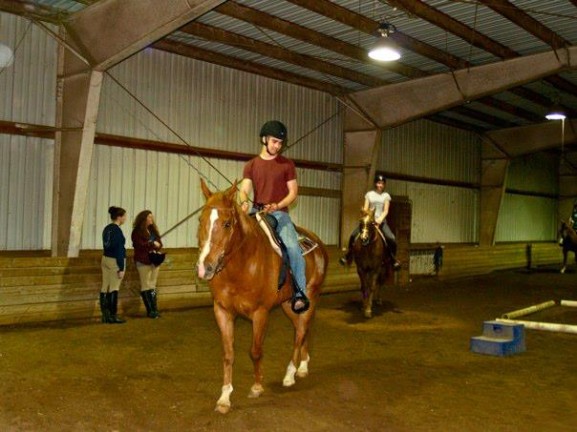 A student studying political and military science at Temple University, as well as a member of the Army ROTC program, Scott Dobson spends what little free time he has at the stables. As a member of the Temple Equestrian team, Dobson competes around the Philadelphia area twice a month against schools such as the University of Pennsylvania and Drexel. “My favorite part about riding is being able to not only compete for myself but to also represent Temple in a different way than I already do with ROTC,” says Dobson. 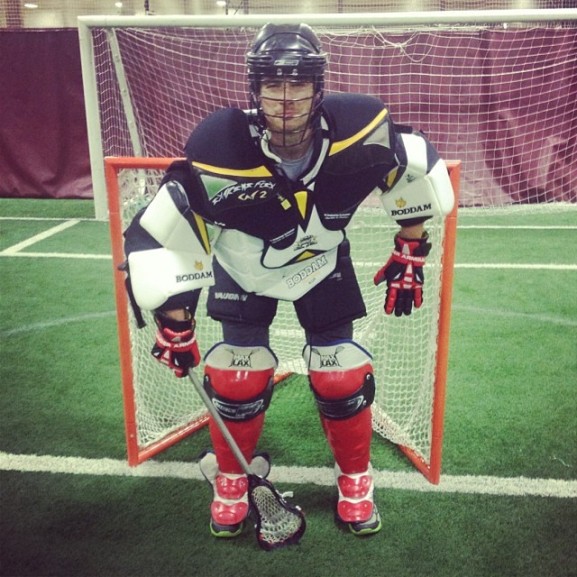 In addition to being the star of the Philadelphia Wings lacrosse team, Kevin Crowley also serves as a youth lacrosse coach. The British Columbia born Crowley moved to Philadelphia several years ago and is the now co-owner of Fusion Lacrosse, a facility that provides lacrosse teams to kids from 7th to 10th grade. Crowley also works with inter city children, providing them with free lacrosse gear and lessons.  “It’s always very rewarding as a coach to see improvement in players,” says Crowley. “It’s so fun to watch the kids come into their own and grow as both lacrosse players and as young adults.” 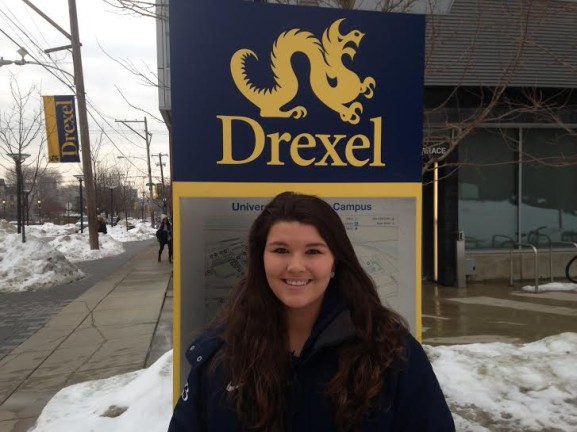 As the Drexel University field hockey goalie and a Philadelphia Flyers game night presentation intern, Rhoads gets little time to herself. When she’s not on the field or working for the pros, she’s hitting the ice with her pickup league ice hockey team. “Hockey has always been a part of my life, in some aspect or another,” says Rhoads. “When I’m at school, I focus on field hockey because I worked hard to get a scholarship, and when I have free time, especially on weekends or when I go to visit my family, I’m at the rink. I’m always doing something competitive.”

– Text and Images by Breland Moore and Gwen Begley

Vacant lots are being transformed into contemporary townhouses as developer Lawrence Rust completes his plans for Spring Arts Point. Since coming up with the idea nine years ago, Rust used his background in construction to build homes [continue reading…]