What is the easiest way to solve a neighborhood’s challenges?

Talk to the neighbors.

While it won’t fix every issue, talking to the people who actually live in the neighborhood is crucial to understanding a neighborhood’s problems. While creating a comprehensive neighborhood plan, Logan CDC, along with planning firm WRT, is making sure that the neighbors are a pivotal part of the process with steps like the Logan Resident Survey.

“People kept saying, ‘We need something to do in public,’” Jai Agrawal, a Masters of Architect candidate at the University of Pennsylvania, said after he returned from a couple hours walking the streets and talking to residents. “They talk about community centers and things like this, but they kept saying, ‘We need something for the kids to do in public.’”

On February 22, a dozen volunteers from across Philadelphia as well as from the CDC sacrificed their Saturdays and braved the cold and ice to collect these questionnaires.

The Logan Resident Survey was made possible by a grant to the Logan CDC from Wells Fargo Regional Foundation. The surveys, printed in Chinese and Spanish as well as English, are designed to solicit residents’ perspectives about the neighborhood’s past and their hopes for its future. 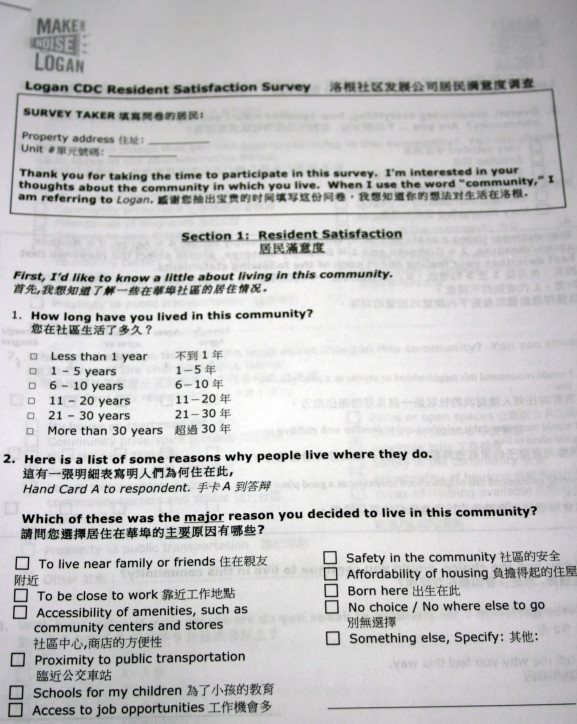 While surveying, Agrawal, who is focused on public service architecture, spoke at great length with families at three houses, all of whom whom stressed a need for something for the kids to do outside.

“I’m an urban designer and an architect and I’m thinking, ‘Where are the playgrounds?’” he said. “Where are the after-school activities and all of those normal things that you find in, say, suburban or affluent neighborhoods. There are plenty of opportunities. Here there are none.”

The survey not only unearthed the need for safe, public spaces for children, but it documented it. Designers working on the neighborhood plan can take this information and use it to fully personalize the plan to the neighborhood’s specific needs, ones that may have been passed over otherwise. 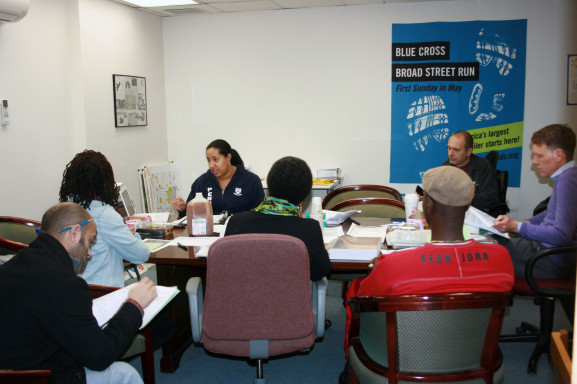 However, what Agrawal noticed most in Logan was not any issue that residents described. It was a strong sense of optimism.

“What really struck me is there is a really strong community in place,” he said. “Typically when I look at—and I’ve been in this sort of field in Philadelphia for a long time—when you see a neighborhood that has a lot of pressures on it the community suffers too. Neighbors stop talking to each other. People don’t care if their lawns grow or have garbage. Here, the people still know each other. They will get together and argue with the person who’s not mowing his lawn. … Under normal circumstances that cohesion would be gone with everything else, but it’s not here. It’s very optimistic.”

In total, the CDC will collect 263 surveys for data for the plan.

Text and images by Emily DiCicco

School closings. Drug activity. Shootings. Unfortunately, news outlets in Philadelphia often primarily focus on negative events in northwest neighborhoods Logan and Olney; they only have the time and space to cover the bad stuff. However, [continue reading…]