A little boy of about six years old comes careening across the ice. He moves alarmingly fast for his small frame, bulked up only by the pads under his jersey. He hits the wall, falls, but manages to scoot the puck out from under an opposing player so his teammate can get a shot at a one-timer. The goaltender, a coach, deflects the shot off her stick, and the puck flies sideways into the boards. A new group of little boys and girls pounce on the rebound.

The Rizzo Rink, located at Front and Federal streets, is a little place with big purpose. For many, it is part of the glue that holds the Pennsport community together. 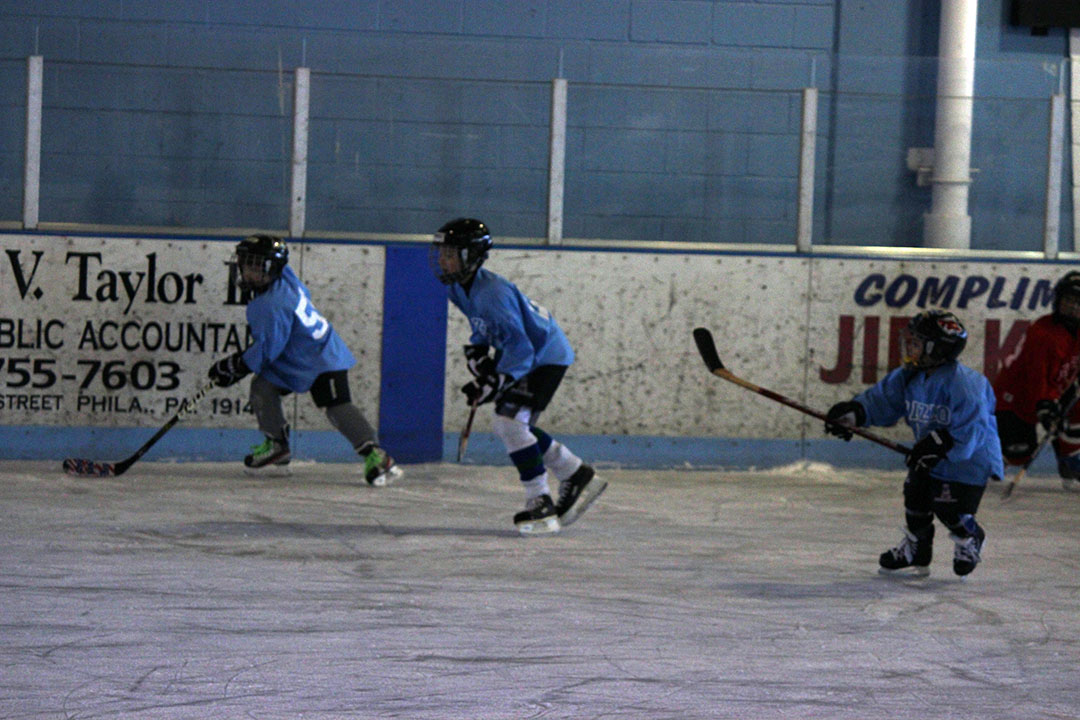 “I’d say about 90 percent of the kids in the programs are from the neighborhood,” rink supervisor George Kilcullen said. “It’s the biggest hockey program of its kind in the city.”

The Mites program, for children ages five to seven, has more than 100 participants.

“Owen’s been playing hockey since he was five, and he’s 13 now,” Michelle Kelly laughed. “How many years is that?”

Her son Owen is not unusual in that regard.  Many of the staff started skating at Rizzo when they were small and continued to do so well into their teens and 20s, to the point where they have lost track of how much time they’ve spent there.

Parents appreciate that the rink gives their children exposure to kids from other parts of the city they wouldn’t meet in school. Though families come to the Rizzo Rink from a number of different neighborhoods, most, including the Kellys, come from Pennsport and the surrounding neighborhoods.

Billy Veasey, who was returning to the rink after playing college hockey and advancing to the minor leagues in Ontario, had nothing but good things to say about Rizzo Rink.

“I grew up at Front and Watkins. You could see me carrying a bag from there to here just about every day,” he said of the rink. “This is the place where they’d leave a key under the door for me so I could train by myself for seven or eight hours at a time. I just got back to the neighborhood last night and this is the first place I came.”

Veasey played hockey at the rink as a kid and went on to coach for several years as well. Most of the staff are the results of a similar series of events. Nearly everyone there has known the Rizzo name since they were old enough to strap on skates. 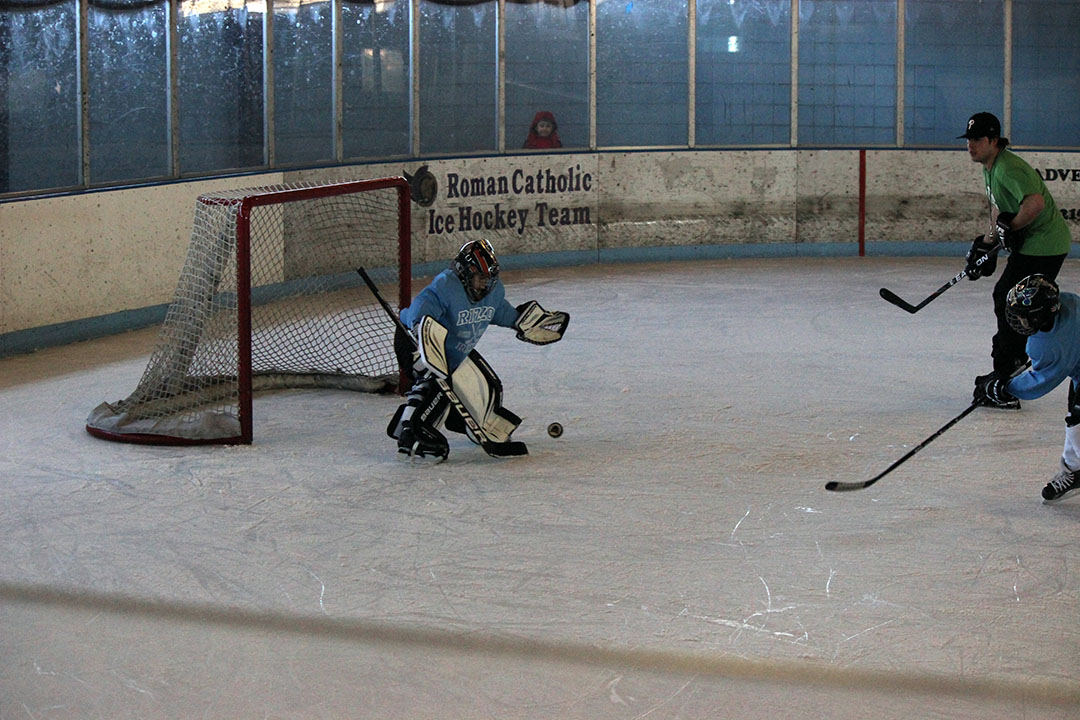 “This place basically made me who I am today,” said Louis Lozzi of his tenure at Rizzo. “It’s the best place to be, in my opinion.” Lozzi has four years as a rink attendant and six as a coach under his belt.

Ask anyone at the Rizzo Rink, and the song remains the same. It’s cool, it’s fun, and it gives neighbors a place to teach their kids important lessons and develop lasting friendships. Many inside are a second or third generation Rizzo Rinker whose passion for the place stems from their childhood.

Those at Rizzo Rink feel it has three things going for it: good people, good hockey and good ice. For that, it deserves more than just hats on the ice. 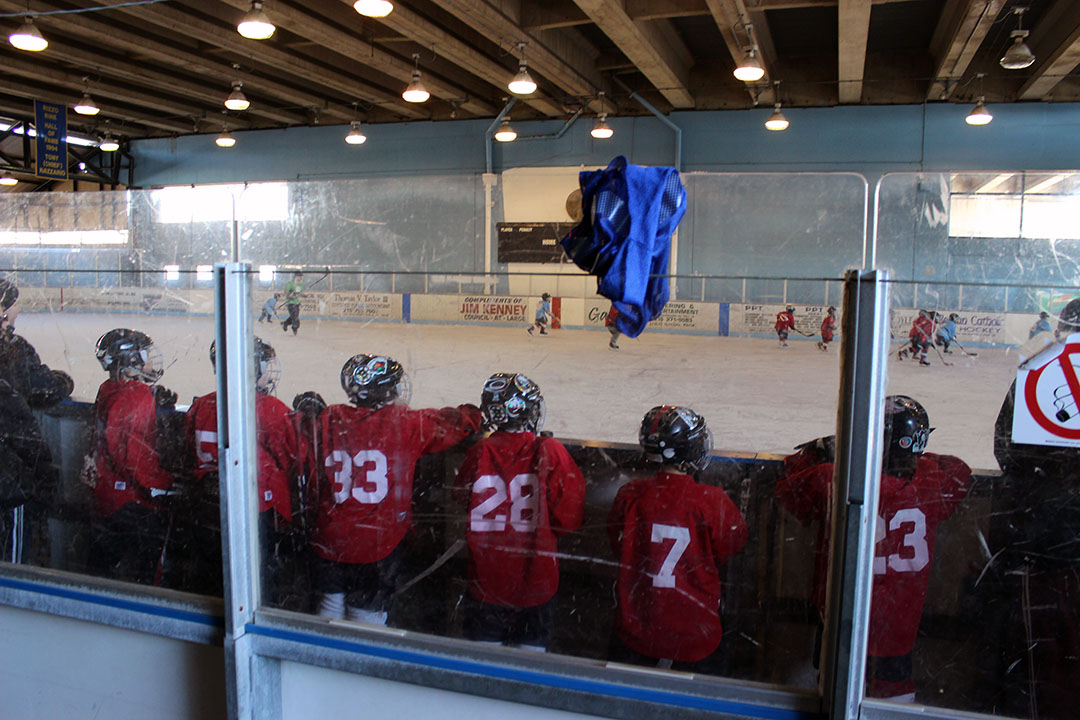 – Text and images by Eddie Durkin and Nina Lispi.

https://vimeo.com/65098294] Habitat for Humanity ReStore, a second-hand retail outlet in Kensington, primarily donates back to the community by helping build homes. However, ReStore also gives back by giving individuals and organizations a platform for [Read More]

Germantown: “Tough” Lawyer Does All He Can to Help His Neighborhood

According to Mark Keenheel’s business card, there is nothing tougher than a Philadelphia lawyer from Germantown. Keenheel (above) provides legal services to residents in the Germantown community at his Maplewood Mall Law Center, 59 Maplewood Mall. [Read More]