The Arc has always been on the cutting edge of treatment and care for people with disabilities. The Philadelphia chapter in Nicetown embodies this progressive philosophy, and the results have been tangible. Members of the community with intellectual and developmental disabilities have been provided with job training and placement, as well as critical life skills.

The Arc, a nationwide organization, was created as an alternative to institutionalization. One of the first branches opened in Philadelphia in 1948, a time when the norm for treating people with disabilities was institutionalization. Poor living conditions and patient care were prevalent in this setting, especially in Philadelphia. A 1968 expose of Pennhurst Asylum, Suffer the Little Children, showed the horrifying treatment and cruel tests performed on patients. 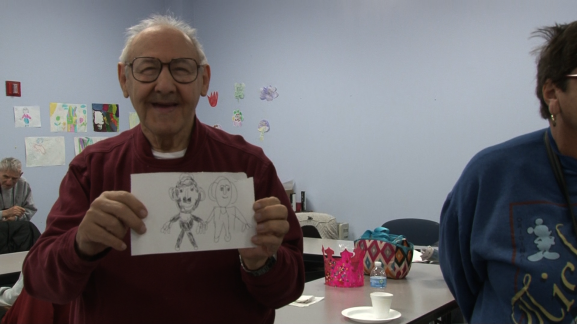 Seeing this was going on in their backyard, right outside of Philadelphia, parents and families came together and created an organization where people with disabilities could become more active in society and live a fulfilling life.

They started the Arc, and it has serviced the community of people with mental disabilities for the past 60 years.

Today, the Arc of Philadelphia’s culture center offers participants opportunities such as ceramics classes and art shows to display their work.

Dilworth explained that Arc staff have helped her daughter tremendously. “She is more vocal towards her needs … she’ll let you know more than she did before,” Dilworth said. Getting Phoebe to communicate her needs was a big challenge before, she said, but her daughter’s time in art therapy has helped her to speak up and express herself.

In the 1990s, the Arc of Philadelphia created the Philadelphia Developmental Disabilities Corp., or PDDC, a service arm that provides participants with job training and vocational skills. This has since become a primary focus of the organization – job training and placement. Along with the art and cultural classes offered by the Arc, over 400 participants receive critical training and care daily at the agency’s Westmoreland Street headquarters.

Director of Marketing and Development Jammie O’Brien estimated that about 90 percent of participants are from North Philadelphia. Although the Arc has mostly kept to itself in the past, Community Relations Coordinator Milli Protheroe said that they plan to reach out and make more ties to the neighborhood.

This started with the organization forming a partnership with the neighboring KIPP charter school. Arc participants worked together with KIPP, Temple University, other neighboring businesses and several elected officials to finish a giant, stunning mural for the Arc’s lobby. After two years of work, they completed the project in June 2013. Mosaic tiles and glass depict the changing of the four seasons. “It lines up with our mission of change and growth,” O’Brien said.

Change and growth are part of what make Arc a special organization. When the nearby Tastykake factory closed in June 2010, the Arc helped some of its 30 participants who worked at the Nicetown location relocate to the new Naval Yard location. Ten others eventually found work in the ShopRite that opened on the old Tastykake site. 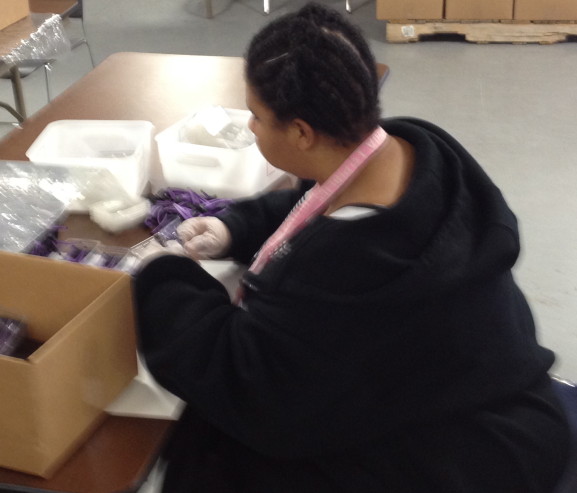 The Arc has an economic impact on participants, but it also plays an important role in their social lives. Events such as the monthly First Friday Dance as well as a talent show on May 16 provide participants with an opportunity to mingle outside of the classroom environment. These events are also open to the public, which means that participants can show family and friends how far they’ve come in the program.

The Arc of Philadelphia is essential for participants to become more active in society. It also plays a huge role in the lives of the participants’ families. The time commitment and stress of caring for someone with intellectual or developmental disabilities is significantly reduced by the presence of an organization that acts as a safety net for overwhelmed loved ones. Finally, it provides local businesses with workers that are eager, kind and able.

Technically Philly: The Passion Behind EvoXLabs

After suffering from a spinal cord injury as result of a car accident in 2013, Ather Sharif began his Spinal Cord Injury Blog soon after to motivate people in a similar situation to move forward. [Read More]

While the nation awaits President-elect Donald J. Trump’s inauguration, there remains an uneasy feeling among some members of the Tioga community as they wait to see what unfolds. However, community leaders like those associated with Tioga United are determined to keep the conversation moving [Read More]

Before being diagnosed with Ehlers-Danlos Syndrome, Kelianne Murray believed she had a normal childhood.  She enjoyed running around in the park, climbing trees and hanging off of monkey bars in her hometown of Ewing, New [Read More]