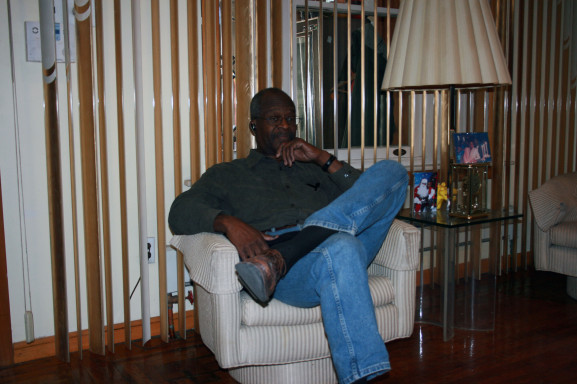 When walking into John Stephen’s Logan home, the home that he and his wife have lived in since 1972, the smell of fresh flowers is immediate. Stephens, a retired salesman for Verizon, assists his wife, a florist, with deliveries and they store many of the bouquets of arrangements of white lilies and orange carnations in their front room, an addition Stephens added on to the house.

In the living room, almost everything is either white or gold. The couches are a matching ivory, decorated with ornate floral embroidery. The coffee table is a pristine glass with gold touches and is topped with a candle and flower agreement to match. Across the living room and dining room, photographs of their family are framed in gold. The result is a beautiful and cohesive room complete with a relaxing atmosphere.

“I’ve done a lot of things to just to make it comfortable in here,” Stephens explained while sitting in one of his white recliners, “Outside, it’s doesn’t have any of that eye appeal. But in here, I’m very comfortable. When people visit, I want them to feel very comfortable.” 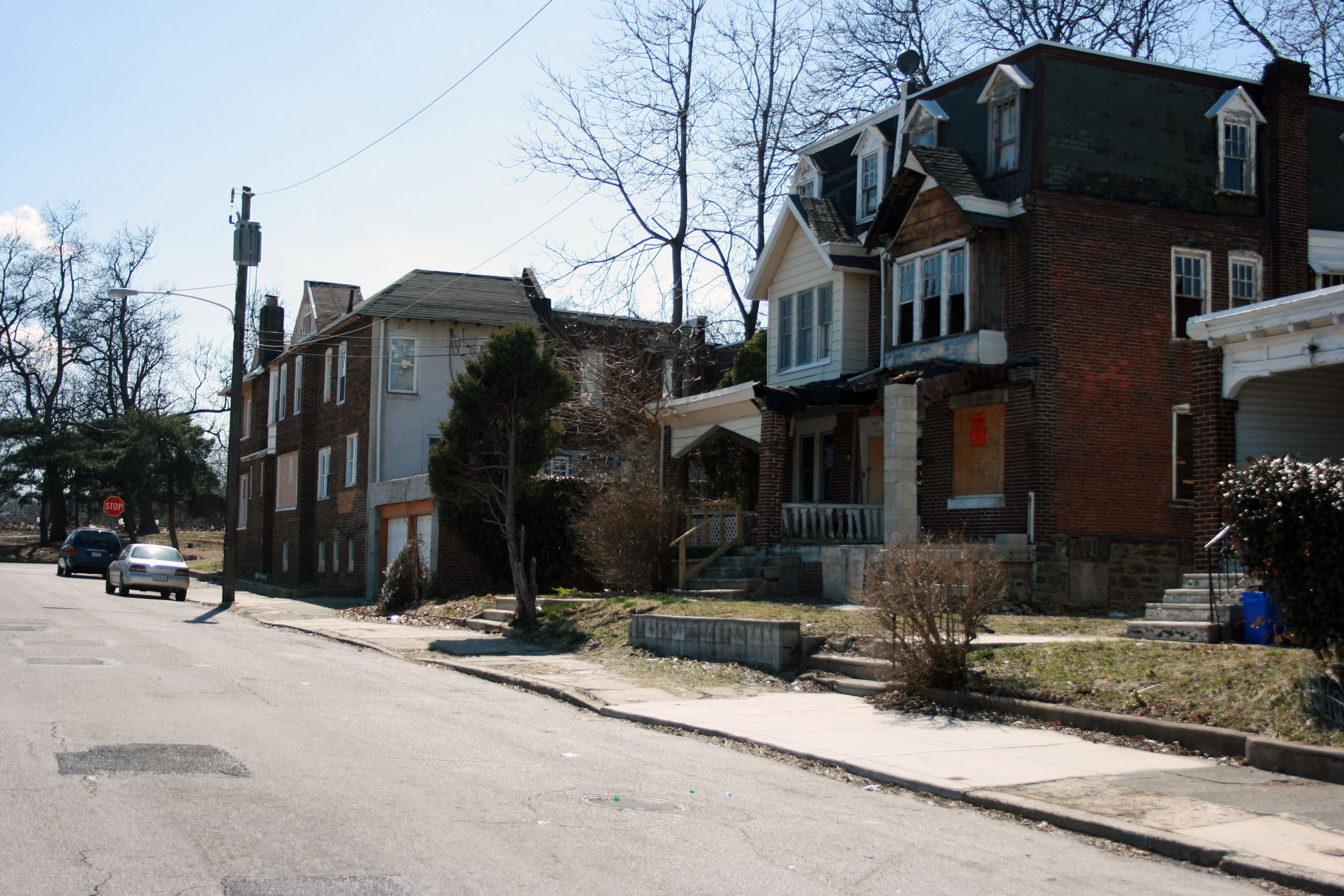 “Then, you step into an abyss when you go outside,” he finished, referring to the less than ideal landscape outside of his home on Wissahickon and 11th Street.

To his left, there is a huge empty lot, encompassing almost three city blocks. In front of his home, litter, primarily from heavy traffic from the Roosevelt Boulevard, often covers the street and nearby park.

“I try to maintain a bit of humor about the whole situation because if I really spend a lot of time thinking about how the community is being neglected and has been neglected, then that would be a real bummer and keep you down in the pits,” Stephens said.

Thirty years ago, Logan was a very different place. It was an area thriving with businesses, families and prosperity.

“Growing up around here was really good,” said Charles Jones, a resident of Logan since he was 14, in front of his home on Marvine Street, just around the corner from Wissahickon. “Schools were safe. Houses were beautiful, we had trees and everything … It’s not beautiful anymore.” 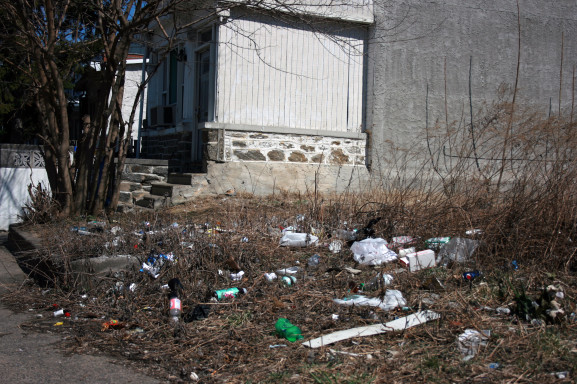 Logan is not just suffering from a change in aesthetics. Several residents from 11th, Wissahickon and Marvine Streets feel abandoned by the city of Philadelphia, left to solve the problems of their community on their own.

“This block [Marvine Street] is pretty quiet,” said Juan Bettancourt during a brief stop at his home before he went back to work. “Lots of old folks who have been here a while. You go up a couple of blocks—that’s where dumb stuff happens.”

“Dumb stuff,” like gun violence and drug use, is a concern for all of the residents.

“I’m 42 years old,” Jones said. “Me being around here, looking around and seeing all this stuff … I would not raise my children around this place.”

Like Jones, Stephens also explained his own personal problem with the issues in Logan.

“I own my home and my concern is that—as it has occurred so many times in the past—the situation of benign neglect by the municipality … This area will be condemned or will just be so desolate that everybody will move out and all of those ideas of revitalizing or stabilizing community will be incorporated at that time, after it’s too late,” he said.

“I’ve seen it happen so many times as a result from benign neglect that there’s a transition, a metamorphosis in entire communities. As a result of the substantial investment that I have here, I’m trying to weather the storm as best as possible,” he finished.

He continues to improve his home; he has plans to paint the outside in the near future. Other neighbors also are working to make the best of what they can.

Sylvester Rice, a retired landscaper who has lived on Marvine Street the past five years, takes the time to sweep up any trash or debris along the street in the mornings, despite the difficulty he has walking.

“And I sweep outside the older people’s houses,” Rice said. “But not the young ones. They can sweep up for themselves.”

Rice hopes that other neighbors will start to look after their homes when they see that others are taking care to keep the streets clean.

But the residents cannot correct every problem in the neighborhood on their own.

“We don’t get a whole bunch of warm and fuzzies from the municipality as for what needs to be done and what they can do as far as some of the options,” Stephens said.

For residents, the city’s neglect of Logan is still present.

“I think what [Mayor Michael Nutter] needs to do is come up here himself,” Jones said, “He needs to find out what needs to be done to these neighborhoods. You have elderly folks that have been here longer than me. Whoever is trying to come through here is trying to buy the houses. These houses aren’t worth $72,000; they’re worth more than that. Real estate companies are getting away with murder. Back when I came here, these houses were probably worth $100,000 or more and they brought it down.”

“I believe this place could get back to what it once was,” Jones finished, “The older people need to come together. The violence needs to stop. It could be beautiful here again, it just takes teamwork.”

Text and images by Emily DiCicco and Tony Liberto

A public meeting was held Thursday to provide a forum for residents to respond to the Philadelphia Magazine article “Being White in Philly.” Published last month, the article’s content mostly focused on interviews with citizens [continue reading…]

Amid the restoration efforts that have swept through Hunting Park, some find it hard to ignore the high volume of abandoned buildings and lots that plague the community. This issue has haunted Philadelphia neighborhoods for [continue reading…]

https://vimeo.com/39813764] As the elevated subway car rolls into the nearby station, the Provident Mutual Life Insurance Co. building sits perfectly silent, serving as a nod to Walnut Hill’s storied past. The sprawling 15-acre site has [continue reading…]