The 19th Baptist Street Church reached a crisis point in September of 2011.

Hurricane Irene and a small earthquake dislodged much of the exterior masonry and threatened the structural integrity of the building, located at 1235 South 19th Street. The visible exterior issues attracted Philadelphia’s Department of Licenses and Inspections, who condemned the building and threatened to demolish it.

The roof needed to be replaced. Leaking water was destroying the church. A group of conservationists and engineers estimated the cost to stabilize the building to be $100,000 or more. Given the amount of work required, this was a reasonable quote but the church simply did not have the money. 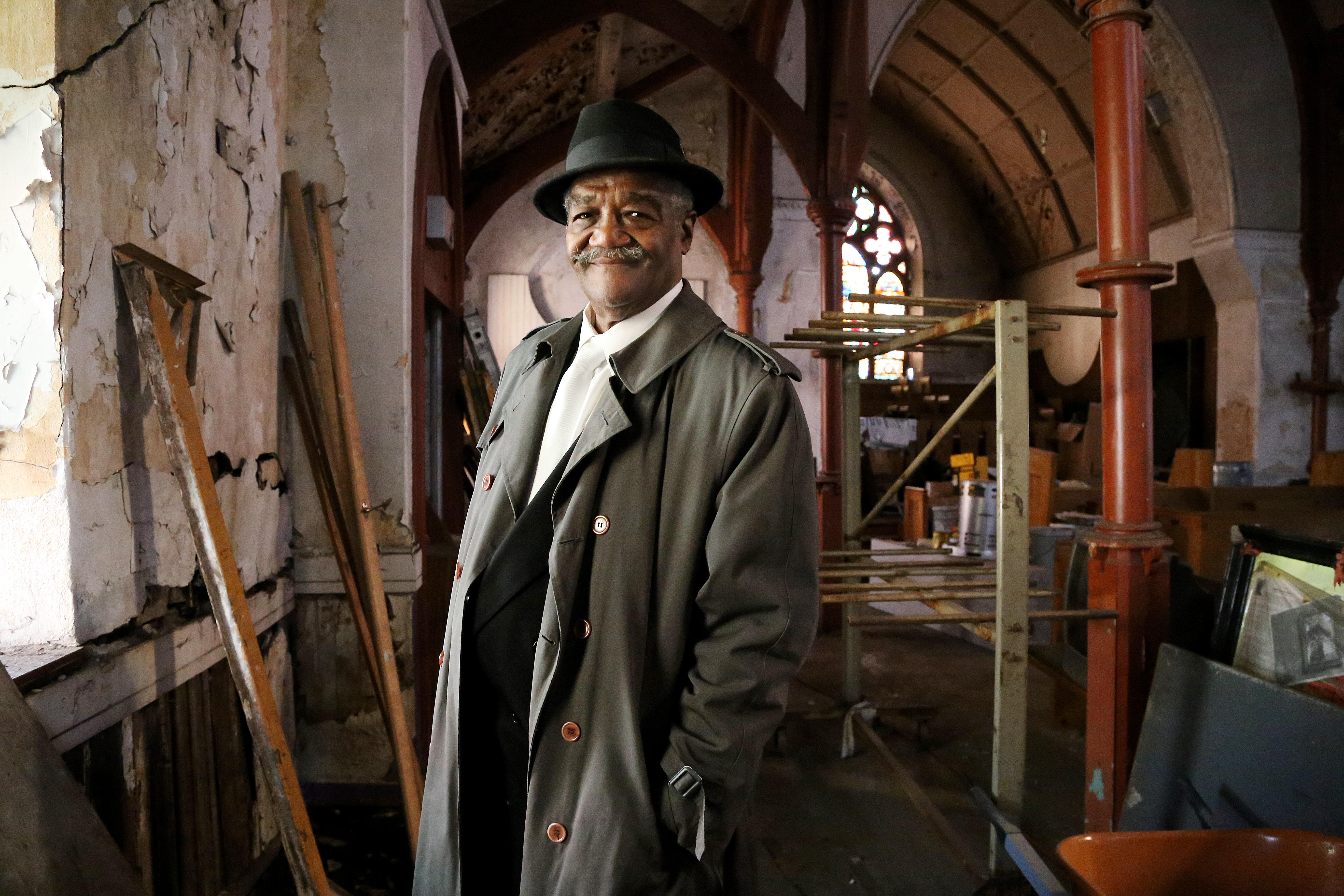 “I came to the site knowing that it was in trouble,” said University of Pennsylvania professor Aaron Wunsch. “I applied for a small emergency grant from the Natural Trust for Historic Preservation and we got about $1500 dollars for the purchase of emergency supplies.”

Wunsch, with parishioners Deacon Lloyd Butler (above) and Reverend Vincent Smith, drove to Home Depot in Smith’s pickup truck to purchase supplies. The grant money, plus $500 the church had saved, was enough for 100 sheets of corrugated metal, lumber and fasteners. He did much of the labor himself.

“He goes up on that roof and he doesn’t even tie (himself) down,” said Smith, who has training as an electrician. “We call him Batman.”

All of the volunteers had some building experience but it was Butler who oversaw the repairs, drawing on his 30-year career as a professional carpenter.

“From the ground up, we were doing what we could do,” he said. “It was a volunteer project, a labor of love.”

Butler and other congregation members are hopeful that the recent arrival of Reverend Wilbur Winborne signals a new era for the church and its rehabilitation.

“Where we are today, and where we are going is really, really exciting,” said Butler.  “We have a new pastor now and we are excited about.” 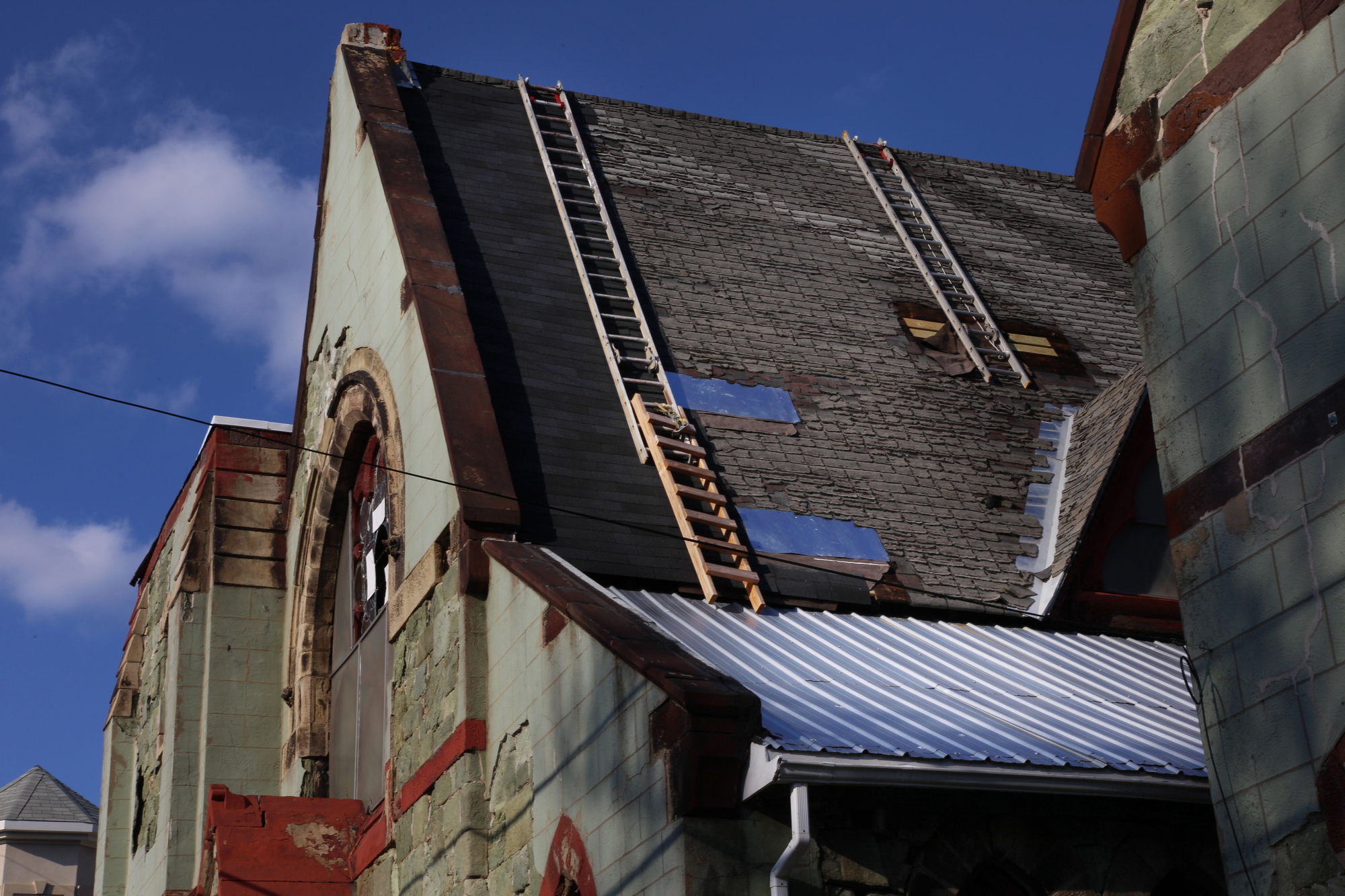 When the roofing project began, the sky was visible through huge holes in the ceiling, and a tree was growing through the floor of the church. The crew replaced rotten roof supports with new studs and metal sheeting. Once the sanctuary was protected from further water damage the church re-focused their attentions on efforts to raise money for a complete reconstruction and restoration of the building. Estimates put the total cost between $2 and $3 million.

“Our finance committee is developing a capital campaign project,” said Windborne. “We don’t have a lot of money right now but we do have partners that are coming to assist us.” 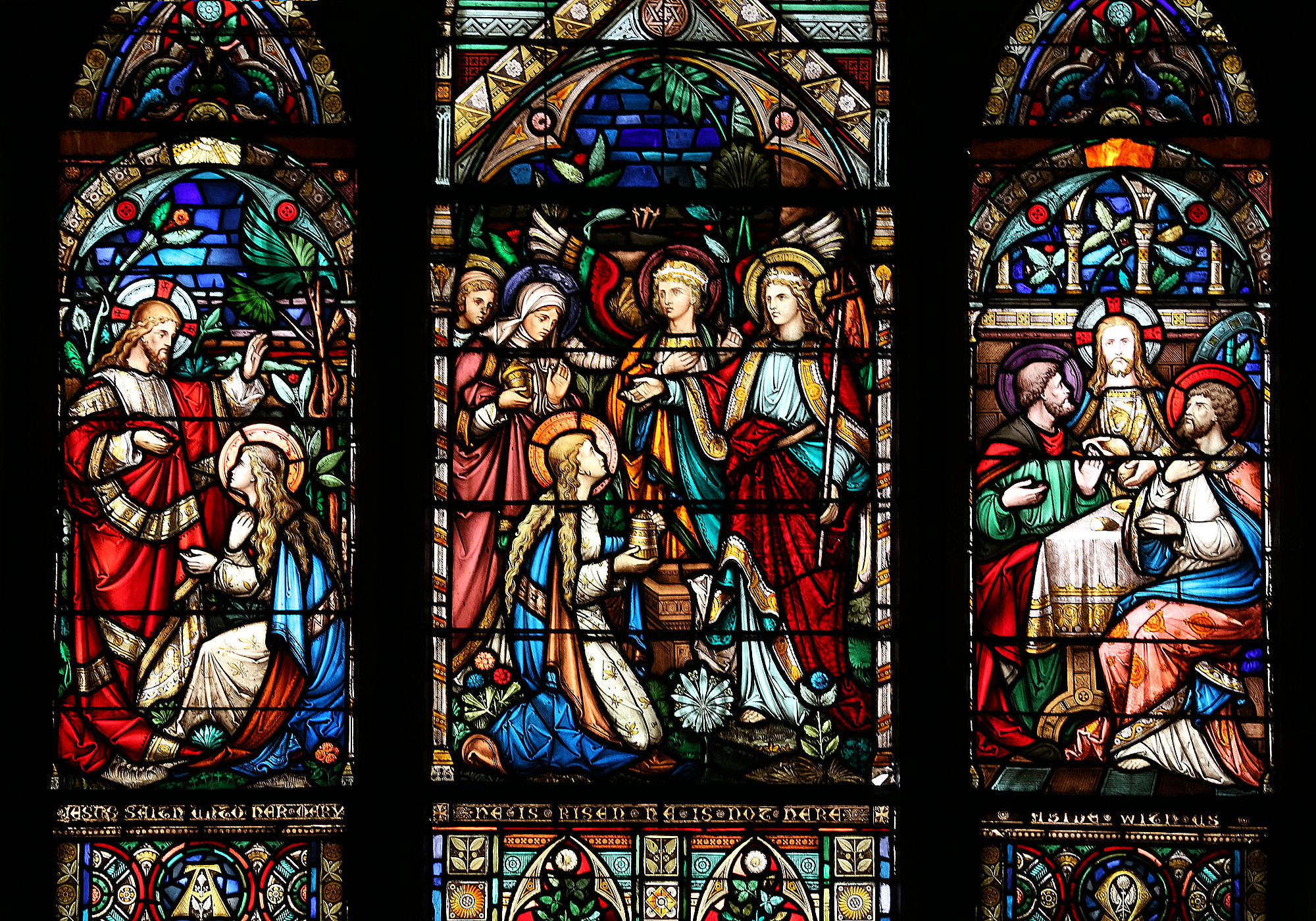 While the volunteer crew was scaling the roof, University of Pennsylvania Architecture professer Frank Matero organized a partnership between the Church, the University of Pennsylvania and the Preservation Program. The project began with a careful recording of the building. Students and faculty created measured drawings, rectified photographs and detailed images of existing conditions. The next step was an in-depth study of the actual fabric of the building. Students examined how the church was made and assessed the current condition of each part of the church. The data will provide a blueprint for treatment recommendations, cost estimates and a schedule of work.

“Everything here is salvageable,” said Matero. “We hope through good study and a slow and deliberate process of restoration, the church can get their building back.”

Some students plan to volunteer on church construction projects this summer, while a new group of students will return to the church in the fall to complete further academic coursework.

“This project will take quite a bit of time,” said Matero. “By setting up a program between the church and the university, I am hopeful that several generations of classes will be able to participate and build on the work of their predecessors.”

The Preservation Alliance, Partners for Sacred Places, University of Pennsylvania and Hidden City are active in their support of the restoration of the 19th Street Baptist Church due to it’s architectural significance.

The building was designed by famed Philadelphia architect Frank Furness and his partner George Hewitt. It is the only green polychromatic serpentine church in existence. Furness designed more than three hundred buildings in Philadelphia, including the Pennsylvania Academy of Fine Arts and the Fisher Fine Arts Gallery, located at the University of Pennsylvania.

The church is home to impressive and valuable stained glass windows by the New Jersey firm Slack and Booth, who created some of the most elaborate Victorian stained-glass windows of the turn of the century. A recent study determined that the large triptych windows above the pulpit have an estimated value of over $1 million.

In addition to the aesthetic and architectural value of the building, the congregation has an important social history. Built in 1874 as an Episcopalian church – an extension of St. Peter’s, the church provided missionary service to churchgoers in the working class neighborhood. The 19th Street Baptist Church bought the building for $30,000 in 1944 and turned it into an anchor in the community.