After a year of successful development on Philadelphia’s historic Lancaster Avenue, the community is gearing up for another round of summer events and property developments to build upon the neighborhood’s flourishing arts and culture scene. 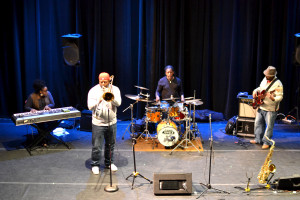 Lancaster Avenue Day will be held on Saturday July 12th from 12 p.m. to 6 p.m. The festival will have live entertainment and tables set up from organizations around the city. LA21 is currently still looking for sponsors and organizations to buy space. Tent rental will be $25 per organization. According to president and founder George Stevens, Blue Cross Blue Shield will be in attendance, as well as the fire department, who will be bringing a fire truck for the kids to tour.

One week later, on July 19th, PEC will host their eighth annual Jazz Festival, set to kick off at 12 p.m. PEC is teaming up with Leo Gadson of the Producer’s Guild to bring in local jazz bands, in addition to a few touring bands. Jazz has been a prominent part of Lancaster Avenue’s art scene over the years.

The Community Education Center in partnership with the Producer’s Guild, hosts jazz concerts every month on the avenue’s Second Friday evenings to bring in interest to both the CEC and Lancaster Avenue itself. Second Friday events are held year round but they really kick into high gear in the warmer spring and summer months.

According to Scott Maits, historian and building manager at the CEC, these events are important to draw in not only the community, but tourism to the arts-centric neighborhood.

“What do people want to do? They want something authentic,” says Maits, “We got grit galore.”

There has been a shift in tourism over the last year, according to the 2013 State of Center City report. When measuring the number of what is referred to as “unique visitors,” the report shows that attendance to some of Philadelphia’s classic tourism attractions has decreased. This includes the Philadelphia Museum 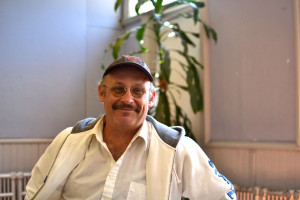 of Art, Independence Visitor Center, National Constitution Center and the Liberty Bell. The Liberty Bell alone saw a decrease in nearly 200,000 visitors from 2012.

According to the report, attendance increased at The Barnes Foundation, the Academy of Natural Sciences of Drexel University, Eastern State Penitentiary and the Philadelphia Zoo.

According to Maits, the shift in attendance away from Old City may signify the movement of tourism out into the neighborhoods and away from the Center City District. If this is the case, advertising Lancaster Avenue as a place for art and culture may be beneficial to boosting business in the community.

Being located in a designated Promise Zone, as announced by the Obama Administration in January 2014, the Lancaster Avenue community is anticipating funding for several new art spaces in the neighborhood.

According to PEC president and CEO, Farah Jimenez, the organization has just received an allocation of low-income housing tax credits, which is believed to be a result of the Promise Zone designation.

“It’s going to allow us to build something the community asked us to look into in 2006, which is an artist live-workspace,” said Jimenez. “So, it’ll be affordable housing for artists who are working as well as some studio space for them.”

The artist live-workspace will be built at 4050 Haverford.

“We’re starting to serve a different population that has always been present in this community,” Jimenez said, “but has struggled really to be able to stay in it as the neighborhood starts changing and the housing pricing starts to go up.”

Another long-awaited development is the transformation of Hawthorne Hall on Hamilton and Lancaster Avenue. The space was purchased by PEC and they are currently in the planning stages before renovating it into an art space.

Hawthorne Hall was recently included as one of the LISC Institute’s tour stops on their Creative Placemaking tour in late 2013 for its use of the space as an exhibit while it’s in the planning stages.

PEC, in partnership with Make Your Mark, devised a neighborhood plan for the Lancaster Avenue Corridor in 2012. Part of the comprehensive plan outlined ways in which the community could create a more artistic, culturally rich environment.

– Text, video and images by Katelynn Luczkow and Milena Corredor