While the gaming license process is often presented as an us-versus-them scenario pitting the big bad casinos against potential neighbors who want no part of said casinos, the reality is much more nuanced than that. Casino-Free Philadelphia helped represent Fishtown in their fight against SugarHouse Casino, but they were by no means the only group with an opinion on the matter.

“We were all involved in Fishtown Neighbors, but there was some friction there, so that’s how Fishtown Action came about,” said Dolores Griffith, a volunteer and secretary of the Penn Treaty Special Services District board.

Fishtown Action took the lead in rallying neighborhood support for the casino, seeing the jobs SugarHouse would bring to the economically depressed area as a good thing.

“We asked our neighbors to come into our homes and the actual administration of SugarHouse came into our houses and met our community face-to-face,” Griffith said. “So that’s how it really came about.”

The agreement they made with SugarHouse led to the formation of the Penn Treaty Special Services District in January 2010. This agreement saw PTSSD receive more than $2 million since 2010 from SugarHouse to be used for the betterment of the Penn Treaty Special Services District, which encompasses the river wards of Fishtown, Northern Liberties, Old Richmond and South Kensington. These payments are set to increase to $1 million per year once SugarHouse’s second phase is completed. 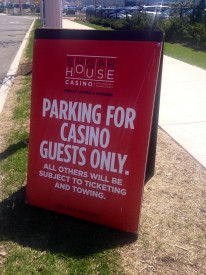 “SugarHouse Casino is proud to be an active member of its neighborhoods and city, providing program funding, city-wide sponsorships and employee outreach initiatives,” said general manager, Wendy Hamilton. “We provide $500,000 annually to the Penn Treaty Special Services District that works to enhance the quality of life for residents near SugarHouse.”

Surprisingly enough, in a city with a reputation for shady backroom dealings, the disbursement procedure for the money is completely open. The group holds monthly meetings where local nonprofits that fall within the district can come in and pitch their ideas for a grant or sponsorship. These meetings are open to the public, aside from the final deliberations when they decide who will be awarded the grant or scholarship.

“We have been one-hundred percent transparent to the community since the beginning of Penn Treaty Special Services District and we have serviced numerous types of institutions,” Griffith said. “Our meetings are open to the public until the deliberations. All the presentations, the gift-giving, and when we hand out our checks is always promoted.”

In an effort to make the organization even more transparent, they keep up with a reporting system that allows them to track all of the grants awarded and purchases made by the recipients.

“We have to make sure that they are reliable for the funding and with what they do with it,” Griffith said. “If it had anything to do with buying things, receipts have to be attached and things like that. We also ask that if there is any funding left over, that they return the money. We’ve had people that are honest enough to do that and then we would be more likely to fund something that they would ask for again.”

Unlike critics of the casino, Griffith sees other benefits to SugarHouse’s presence on the waterfront.

“Look at Penn’s Landing, it’s the biggest white elephant,” Griffith said. “It just boggles my mind that you can have New York City and Baltimore out-tourist us, and we’ve got Independence Hall and the Liberty Bell. But they’ve got the draw. So why not have something there? [My friend] works with a group that has conventions here and they’re always looking for something to do. Instead of hopping on a bus and going to Atlantic City, all they have to do is take a sightseeing trolley right to SugarHouse, and they leave the money in the city. The revenue is in the city, not down in Atlantic City.” 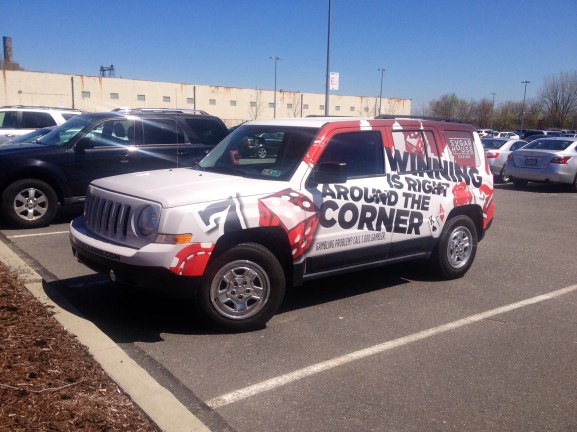 The revenue that it creates for the city and the donations to the PTSSD have Griffith eagerly awaiting the SugarHouse expansion.

“When’s that second phase going to done?” Griffith said she regularly asks the general manager. “I want better restaurants in there, and I want a bigger casino floor.”

She is also quick to pour water on the harmful effects of a casino on children. She mentioned her experience having a boat at Trump Marina during summers and pointed out that these are entertainment facilities beyond the gambling.

“My kids grew up on that boat in the summer,” Griffith said.  “It was vacation and it was in the yard of a casino. We would go to the game room, the swimming pool. Gambling goes on whether there’s a casino or not. The basketball pools, the football pools. If you want to gamble you don’t have to walk into a casino. You have your personal opinion, but let other people have their opinion too. That’s how FACT came into existence. We weren’t getting our opinion across.”

Regardless of what anyone thinks of the gaming industry, it is difficult to argue that there are only drawbacks to having one nearby, especially when the PTSSD can point to its work in using casino money for the betterment of the neighborhood. Opinions may still be divided, but as in most things, there are more than two sides to a story.

– Text, images and video by Kayla Cropper and Eric O’Hara

Fishtown: Neighbors Feeling a Change For The Better

Fishtown has been in a constant state of flux since the neighborhood became less centered on industry following a mass exodus of factories in the 1960s. Lifetime residents of the neighborhood have seen an incredible [continue reading…]