1. The Northeast section of Philadelphia is divided into two regions: Near Northeast and Far Northeast. Far Northeast is commonly referred to as “Lower Northeast” by local residents (pictured above). Their names are derived from their distance from the Center City Philadelphia. The two areas are divided by Cottman Avenue, also known as Pennsylvania Route-73. 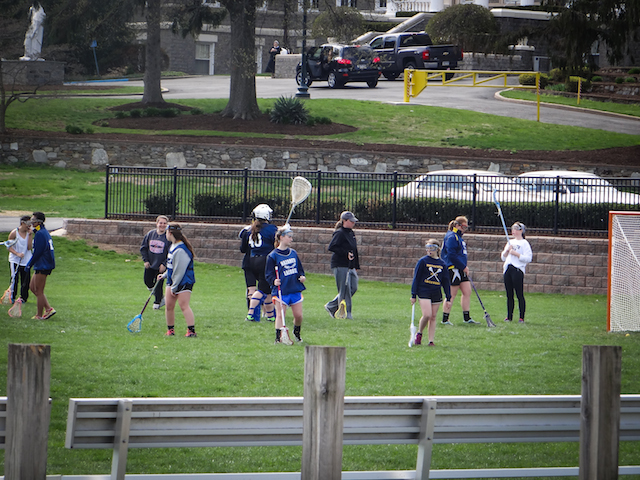 2. Holy Family University was the first major college to be built in Northeast Philadelphia. It was founded in 1954 by the congregation of the Sisters of the Holy Family of Nazareth. However, Holy Family did not gain university status until 2002, and its graduate programs were not accredited until 1990. 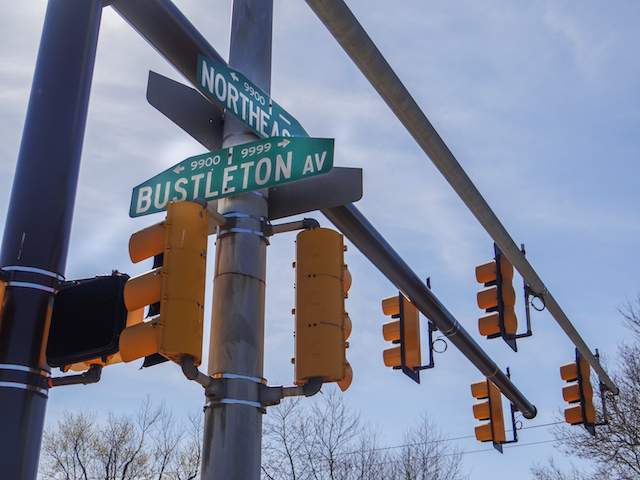 3. Bustleton is an area located in Far Northeast. In early times, it was a trading center, and was known for having rich farmland. A neighborhood legend states that the area was originally centered around the Bustleton Tavern, a bar that was established before the American Revolution and was shut down during the war. Today, Bustleton is a home to many international businesses and organizations that exist to cater to specific international residents. 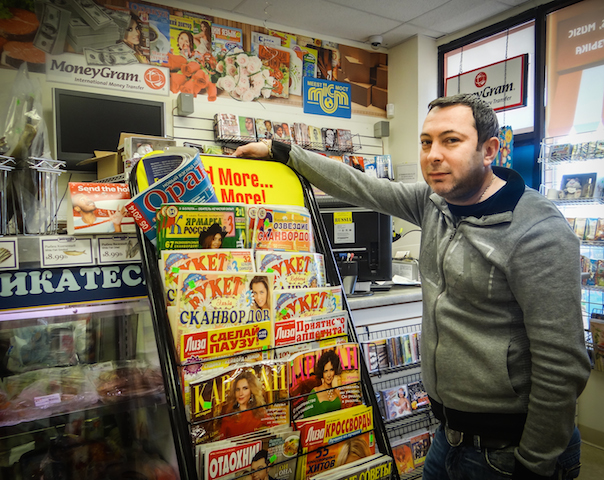 4. Northeast Philadelphia is home to many people of different cultures. It has one of the biggest communities of people from Russia and the Ukraine in Philadelphia. Bustleton Avenue alone houses 28 Russian and Ukrainian-owned businesses, many of which offer services that cater to immigrants from the former Soviet Union’s cultural needs. Shops like “Entertainment from Russia,” where Sergei Shapiro works (pictured), sell popular European magazines, music and video. 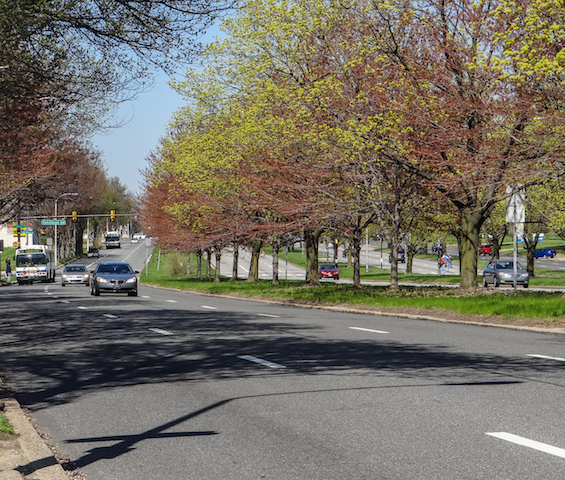 5. Roosevelt Boulevard, also known as “The Boulevard,” is one of the most well-known streets in Northeast Philadelphia. It runs from Schuylkill Expressway in Fairmount Park through North Philadelphia. Its official name is Theodore Roosevelt Memorial Boulevard. A little known fact about it is that it was originally part of Lincoln Highway, the first road across America.

Story and photos by Hend Salah and Sergei Blair.

James Dupree, owner of Dupree Studios, has been making and displaying art in his studio – a refurbished auto shop – for nine years, piling in vibrant paintings of subjects including political pieces, cityscapes and prominent [continue reading…]