The Latino community was out in full force for Comcast Cares Day at Congreso’s headquarters at 215 West Somerset St. in eastern North Philadelphia.

The partnership between Comcast and Congreso had volunteers show up as early as 8 a.m. undeterred by the brisk, windy conditions.

“I promise and have it on good authority that it’s going to get warmer as the day progresses,” Yvette Núñez, VP of Fundraising and External Affairs at Congreso, said “I can guarantee that’s it going to be warmer because the more you work the warmer you get.”

The partnership between Congreso and Comcast goes back 10 years. Cynthia Figueroa, President and CEO of Congreso, is grateful to be able to work side-by-side with a corporate partner that cares as much about the community as Congreso does.

“You have a way of touching lives in this community that you’re directly connected to,” Figueroa told the volunteers during the kick-off speech.

The volunteers’ efforts to beautify the Congreso campus and surrounding areas included tending to the garden, cleaning up abandoned lots, making picnic tables and benches and even kicking off a brand new mural.

The volunteers included high school students, families, Comcast and Congreso employees, local residents and even an eager toddler attempting to use a rake twice his size.

This year marks Comcast Cares Day’s 13th anniversary. The yearly tradition began in 2001 with 100 projects and 6,000 volunteers. This year there were 35 project sites in Philadelphia alone and 24,000 hours of service alone in Philadelphia.

Volunteers were given their tasks in the morning and dispersed to their location with rakes, brooms, bags of mulch and wood planks.

A block away from the headquarters, Nick Jimenez, Sr. Manager of Political Affairs at Comcast, gathered all the strong men to heavy-duty work. This is Jimenez’s sixth year doing a Comcast Cares Day.

“We’re going to have them digging post holes, planting a whole bunch of trees and bushes and flowers and carrying 50 pound bags of cement,” Jimenez said. “We have over 2,000 pounds of cement going in here today to anchor all of our stuff so that it stays here for a long time and keeps this campus looking good.”

Jimenez was the project lead of the heavy jobs. His group built picnic tables and benches for a sitting area next to the garden. They also plan no planting trees and make the area look more presentable.

Many of the volunteers live nearby and are helping their community

“I live 10 minutes from here, I drive by here all the time,” Jimenez said, “For me, this is a lasting impact that I can see and feel for the foreseeable future.”

Christian Cazares, a reporter for Telemundo 62, is taking part in his first Comcast Cares Day. Cazares and the network, which launched in January, are quickly making themselves part of the Hispanic community in Philadelphia.

“I saw people from Comcast but I also see people from the community who don’t need to be here on a Saturday morning,” Cazares said. “They can be doing anything they want yet they’re out here giving back to their community.”

Cazares worked on placing dirt and trash in small gardening beds around Congreso’s main building. He added life to the area with red, orange and yellow flowers. He was more than glad to get his hands dirty to make the area more inviting so people can come out and enjoy what they have.

The final tally of volunteers was well over 200 from local high schools, Comcast, Congreso or the surrounding neighborhood. There was no shortage of hands whether they be needed for planting flowers, operating an electric drill or maneuvering a paint brush. 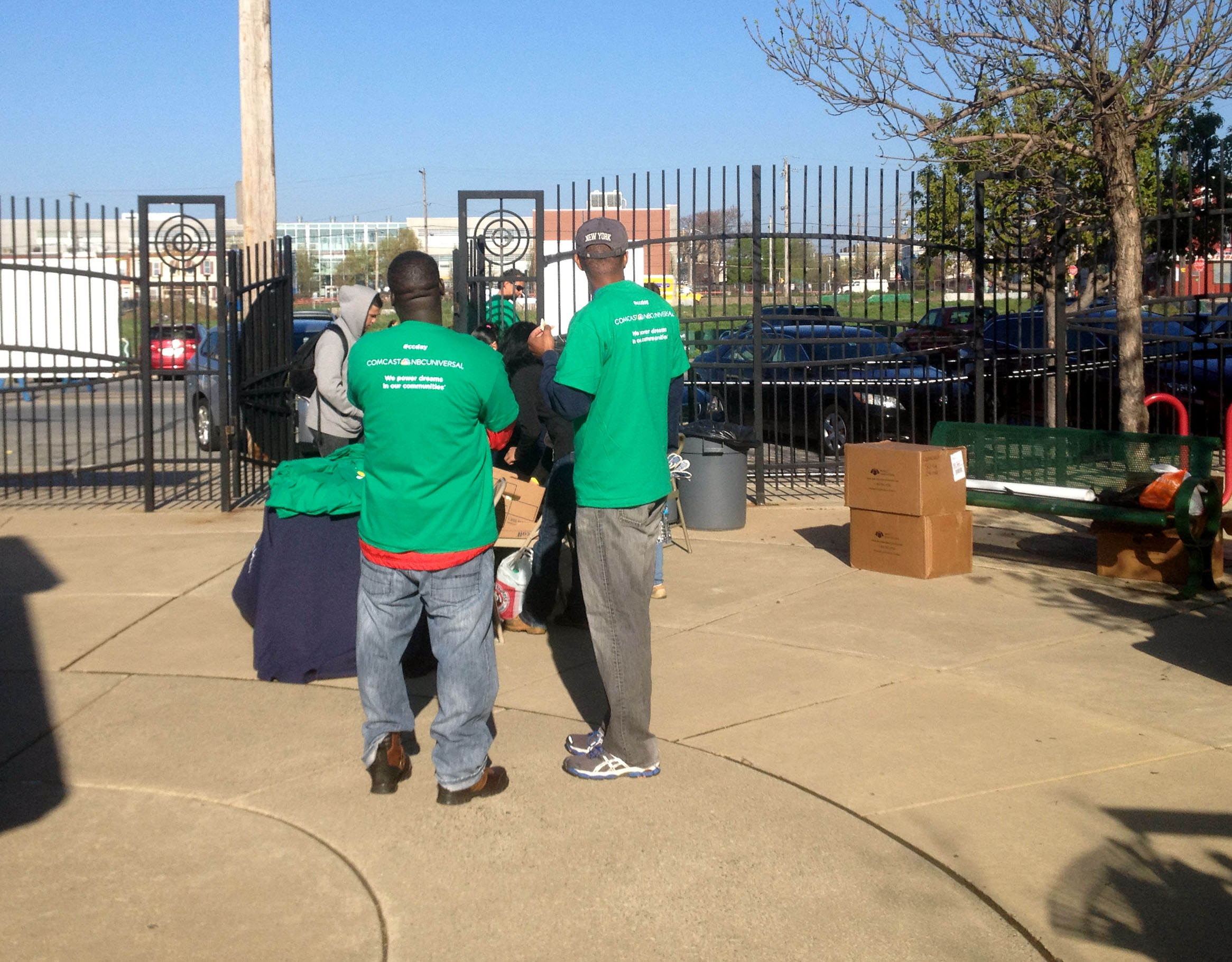 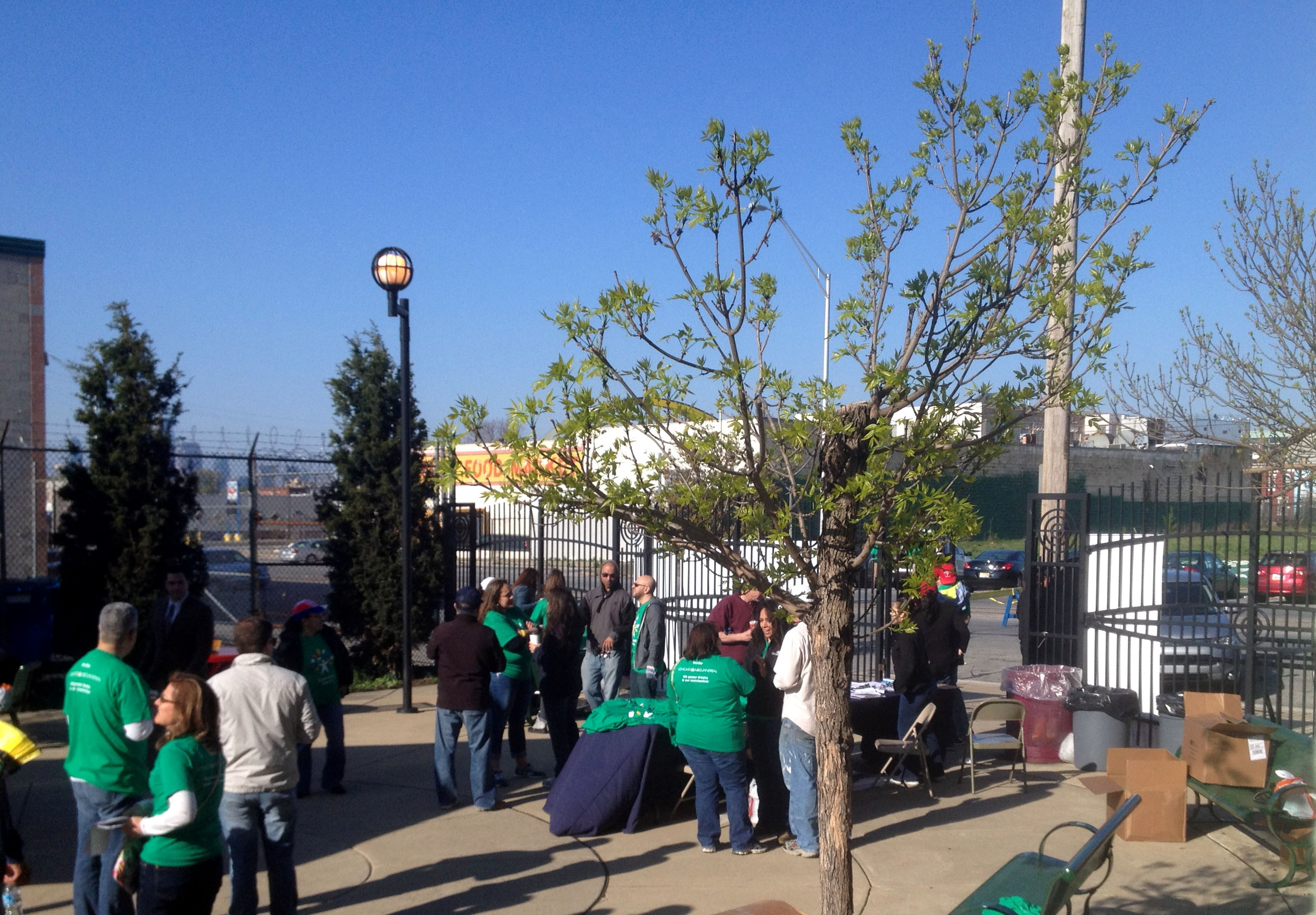 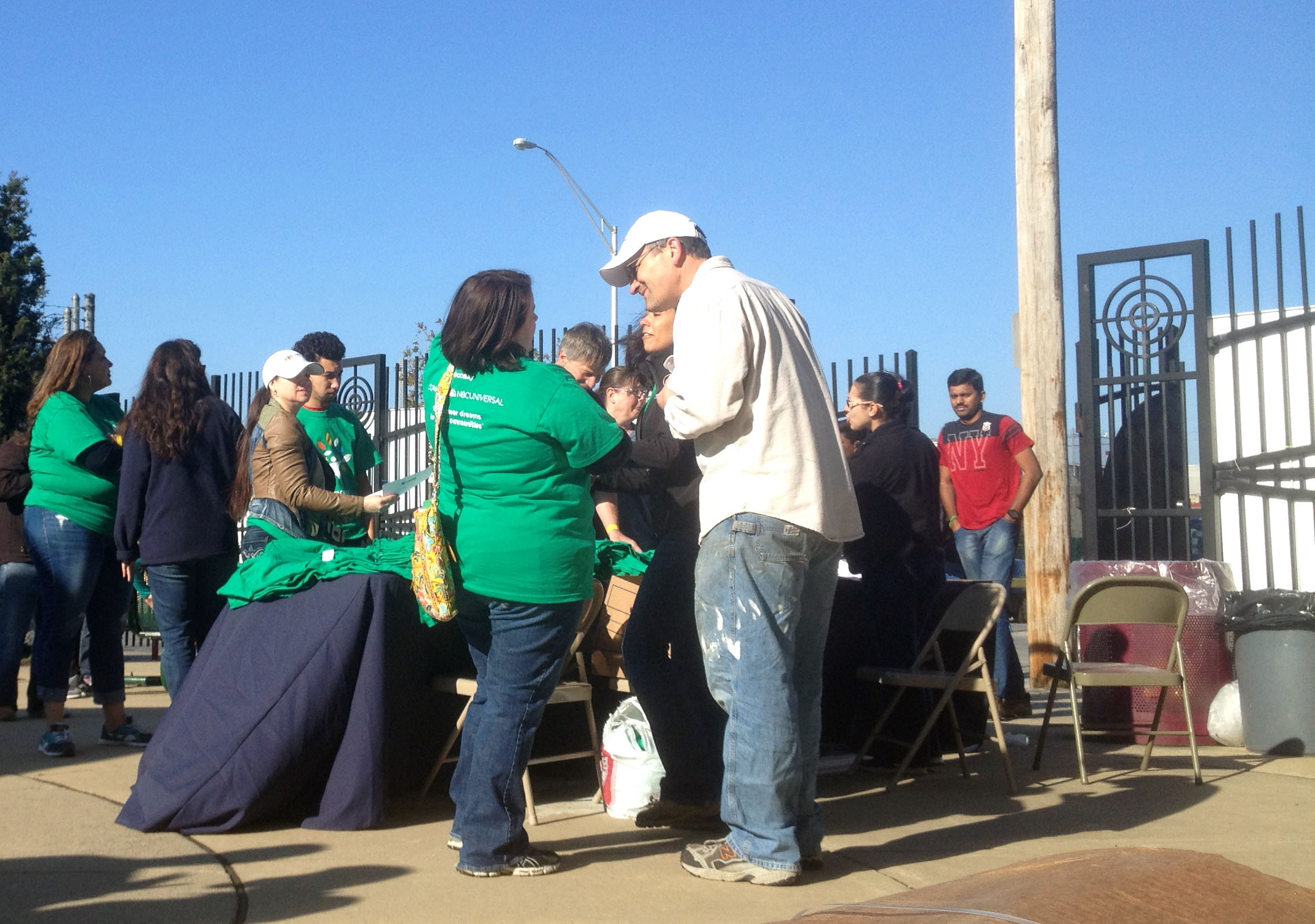 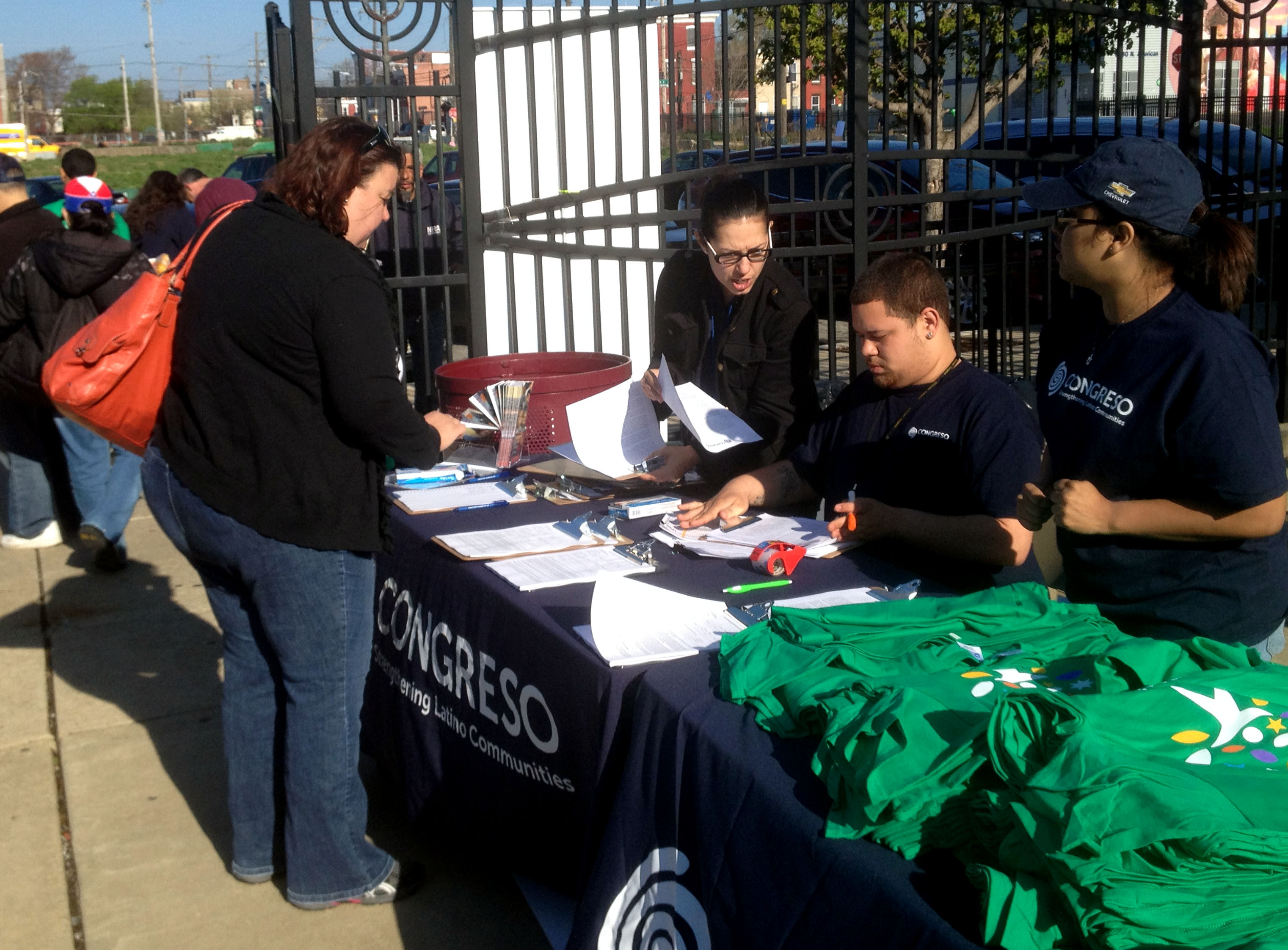 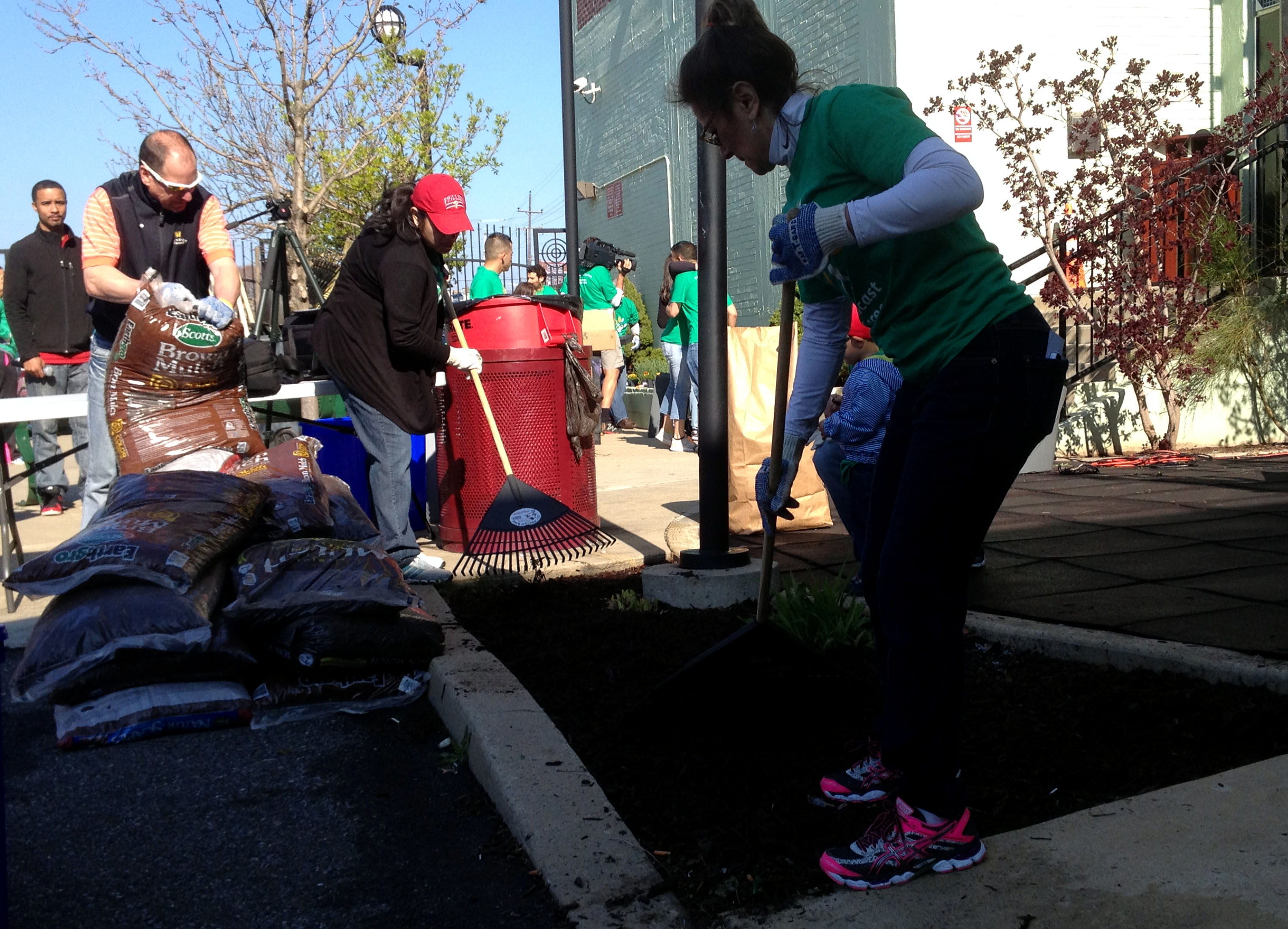 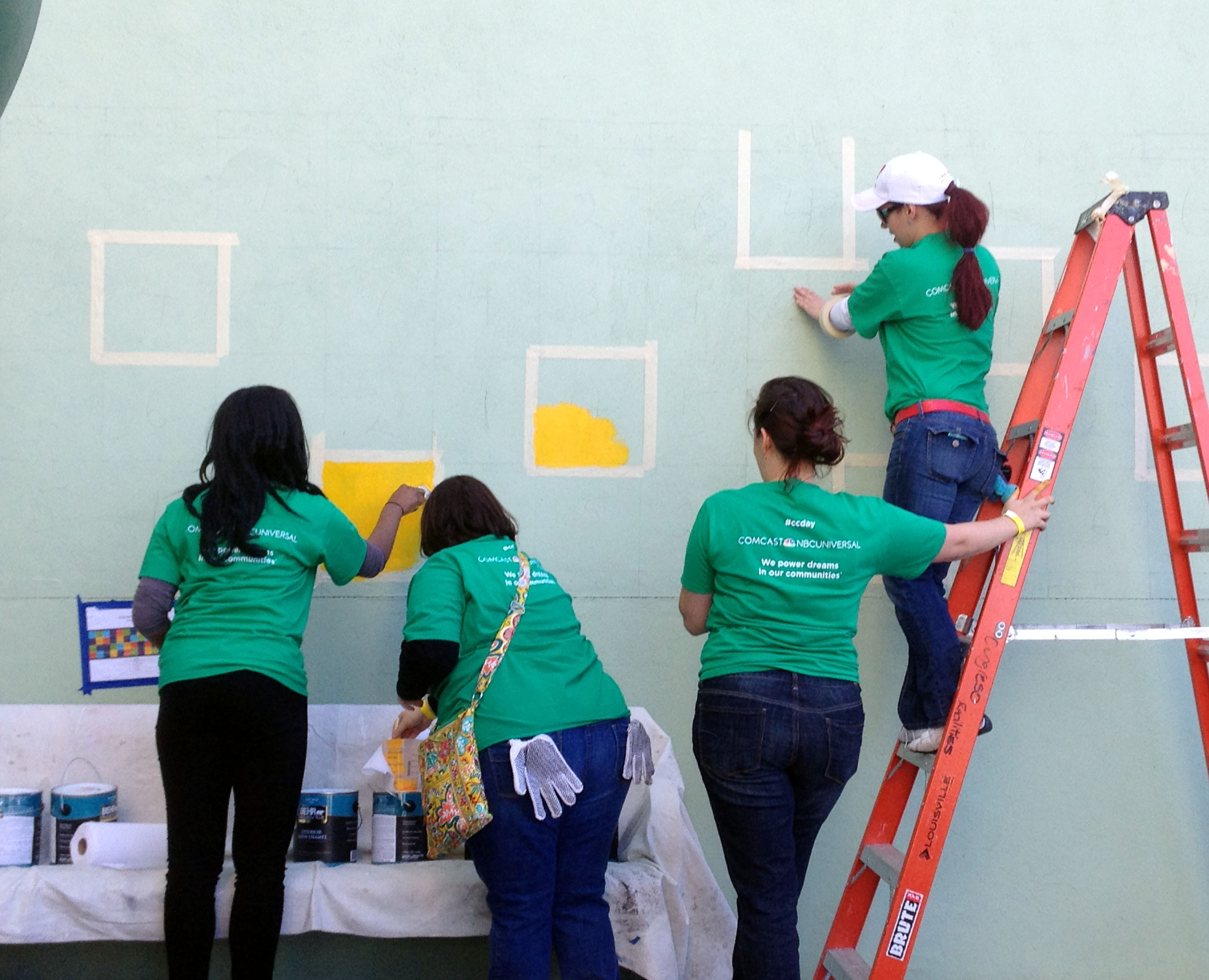 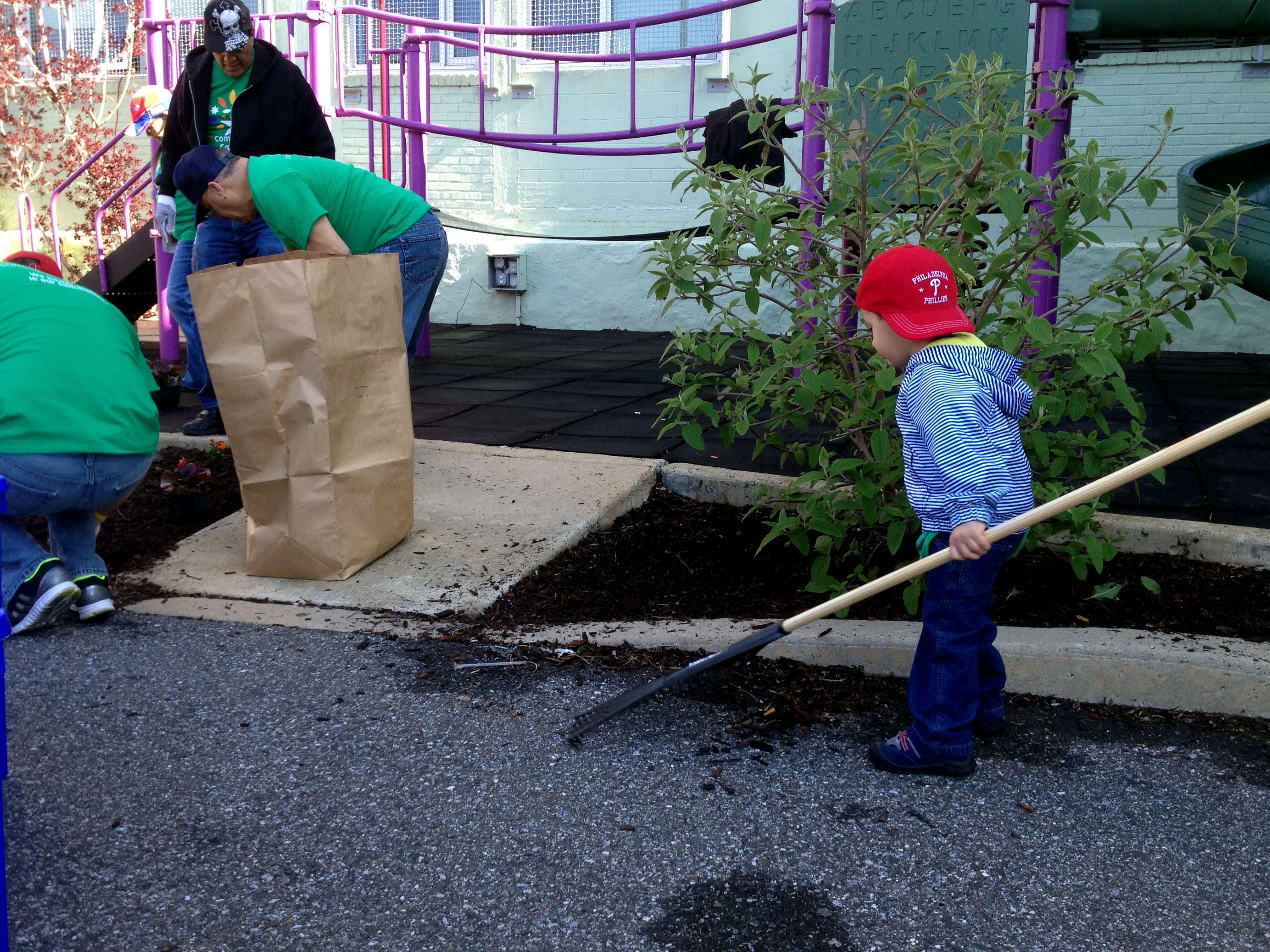 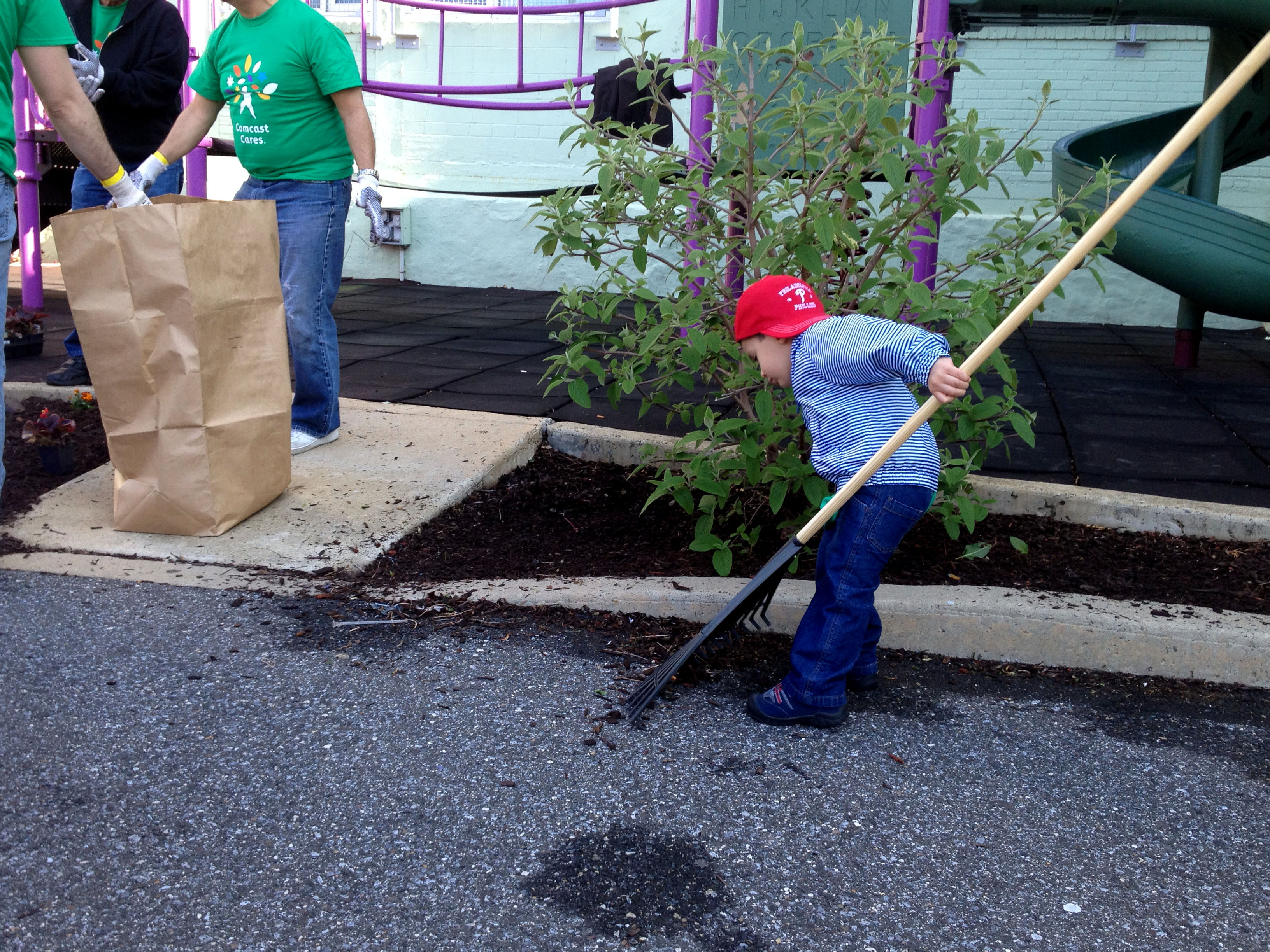 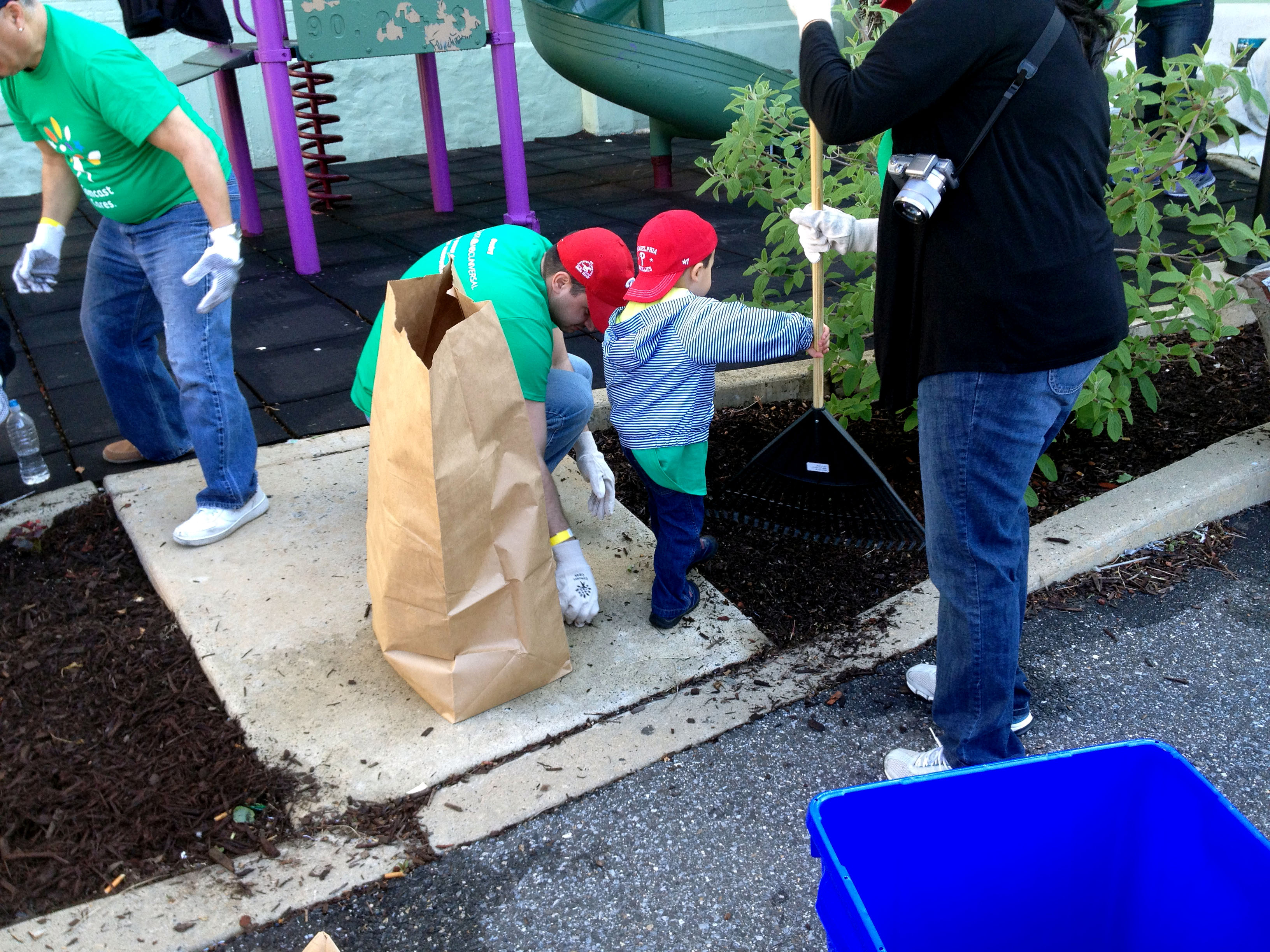 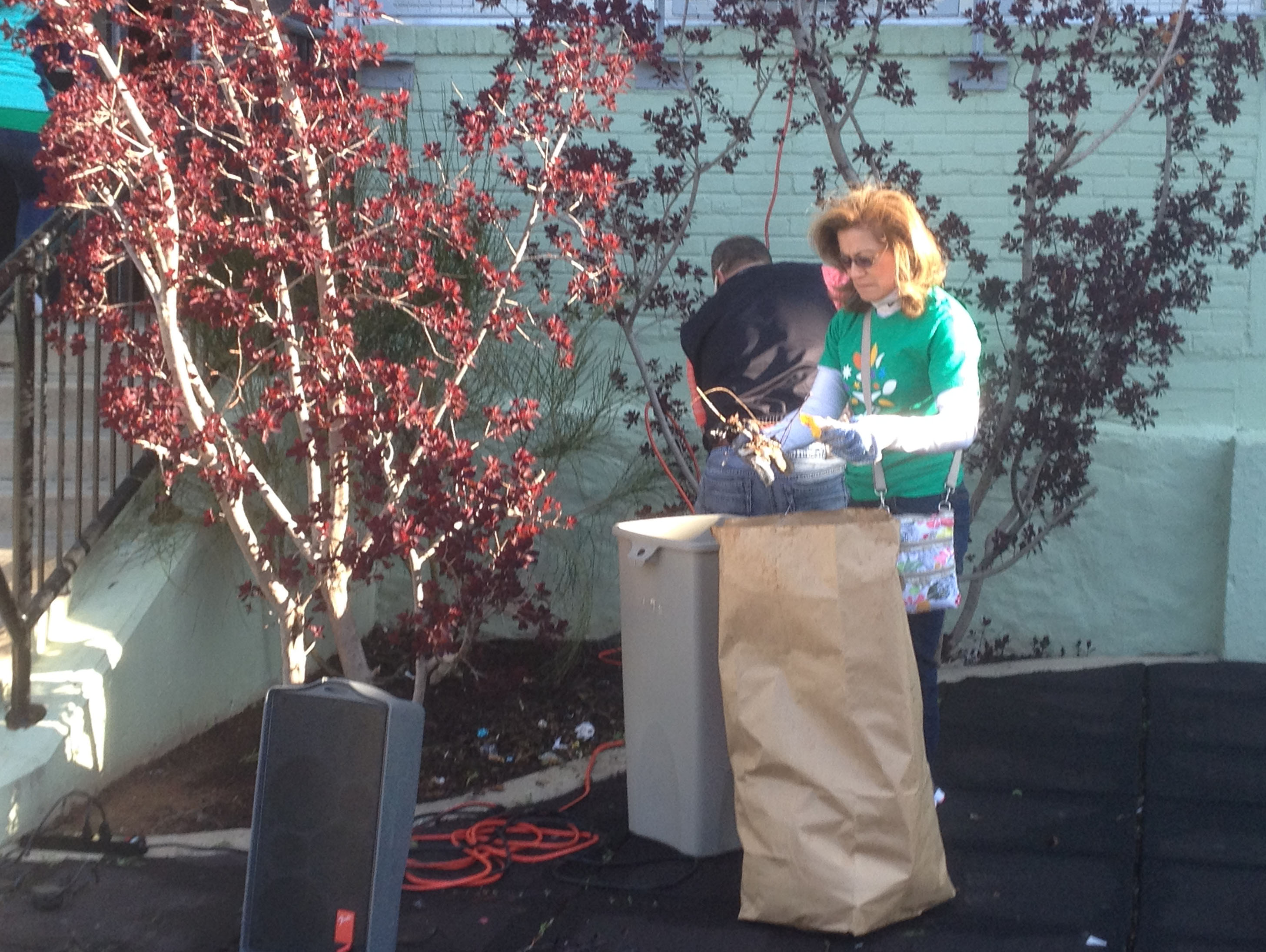 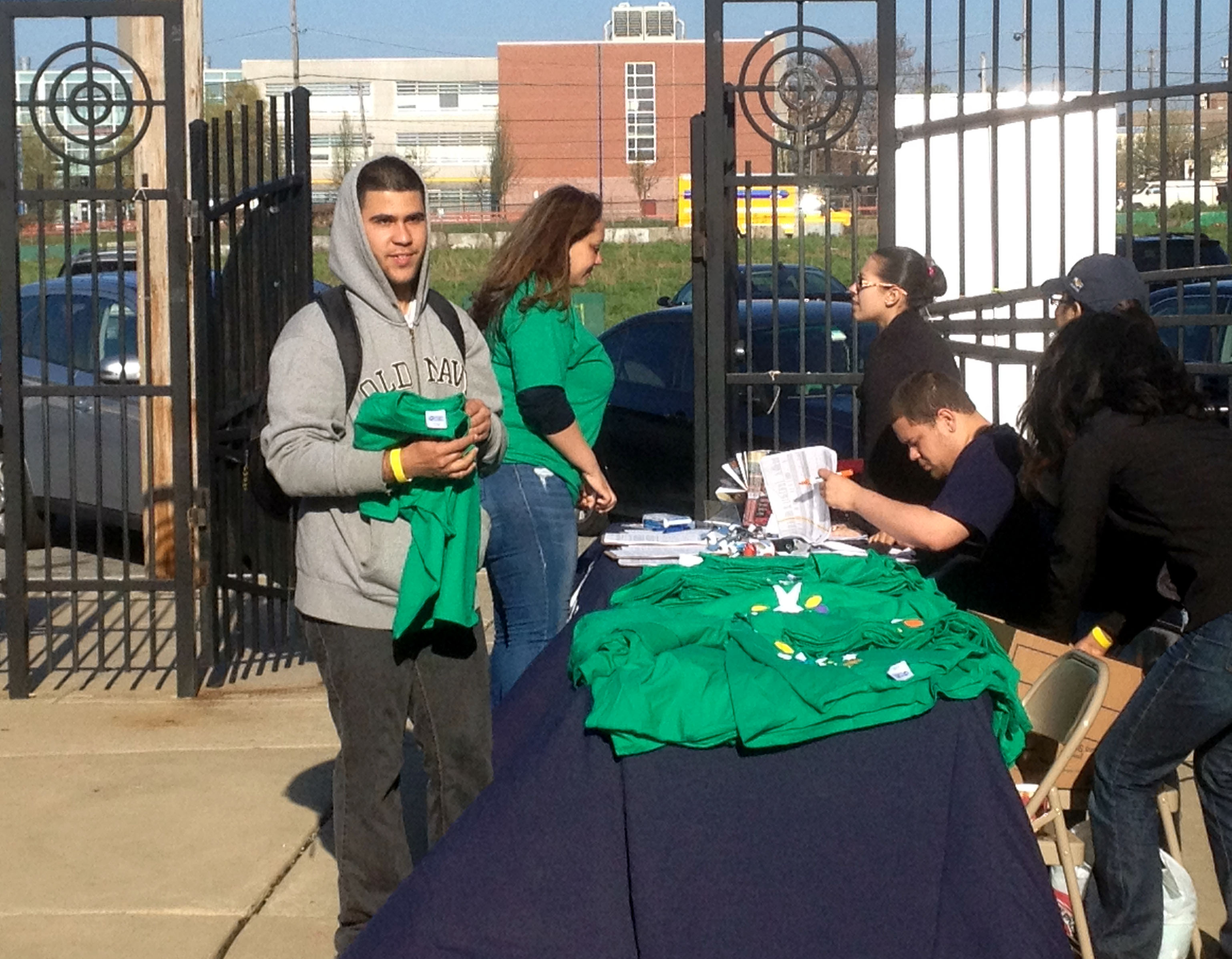 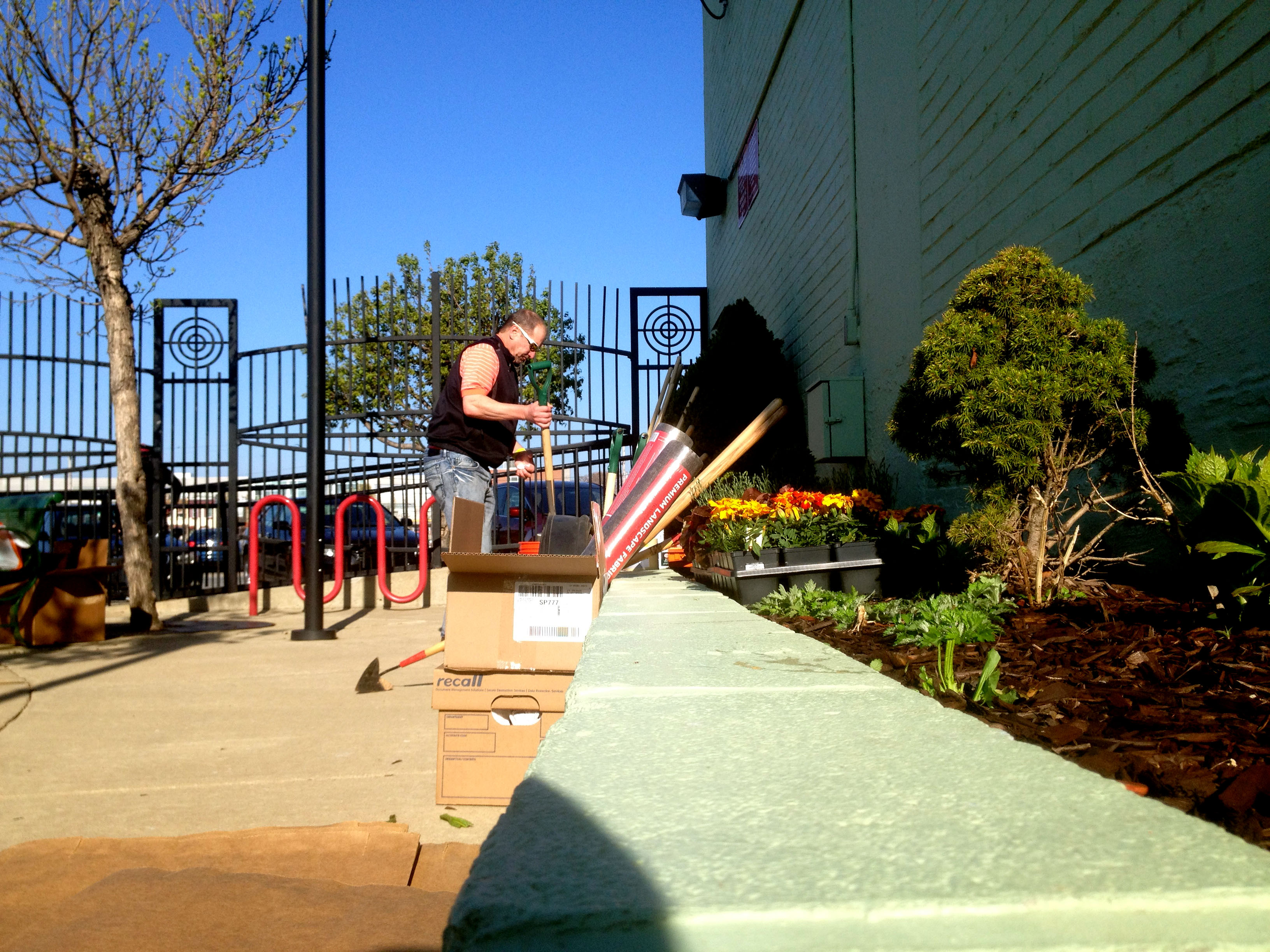 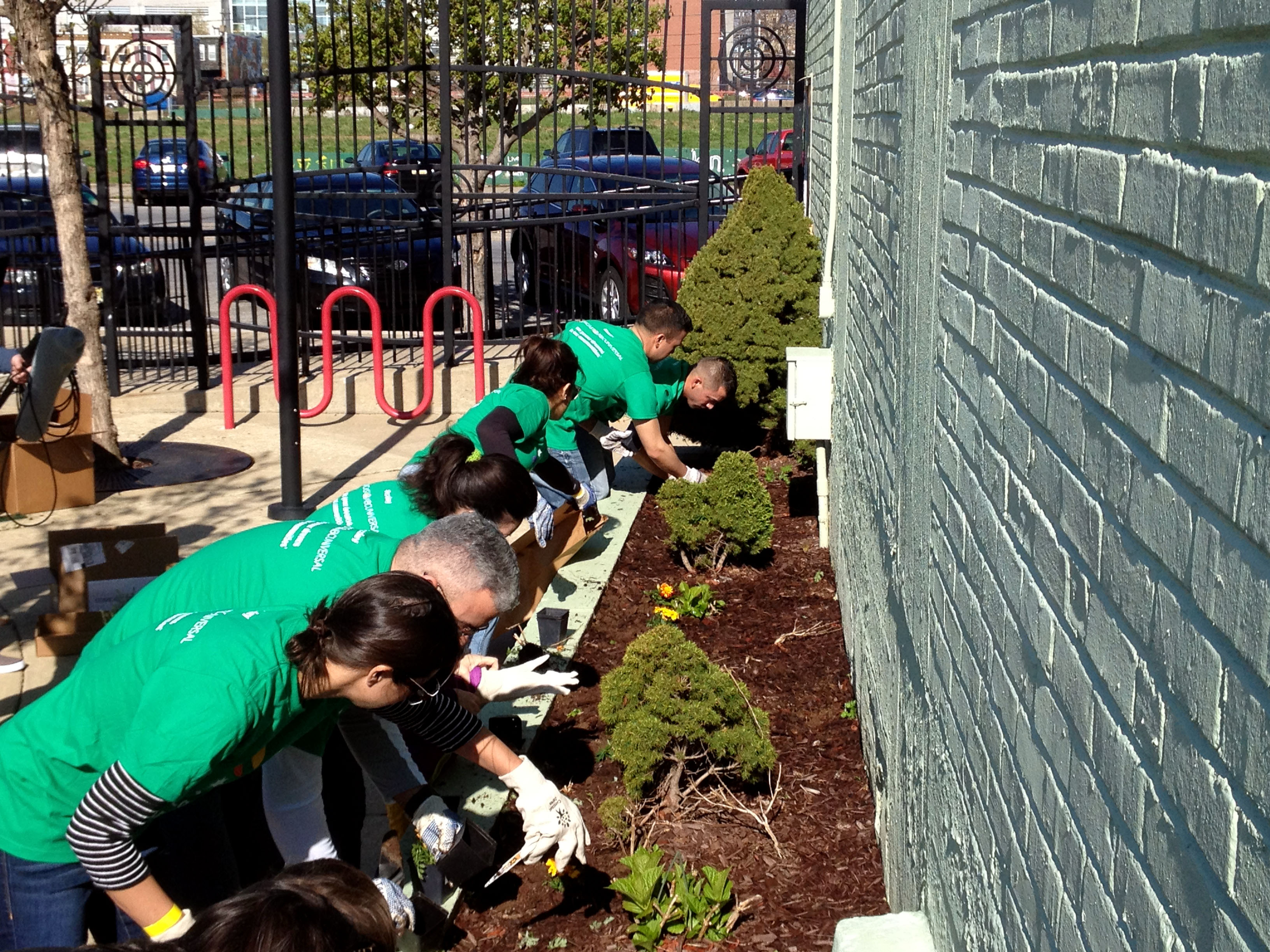 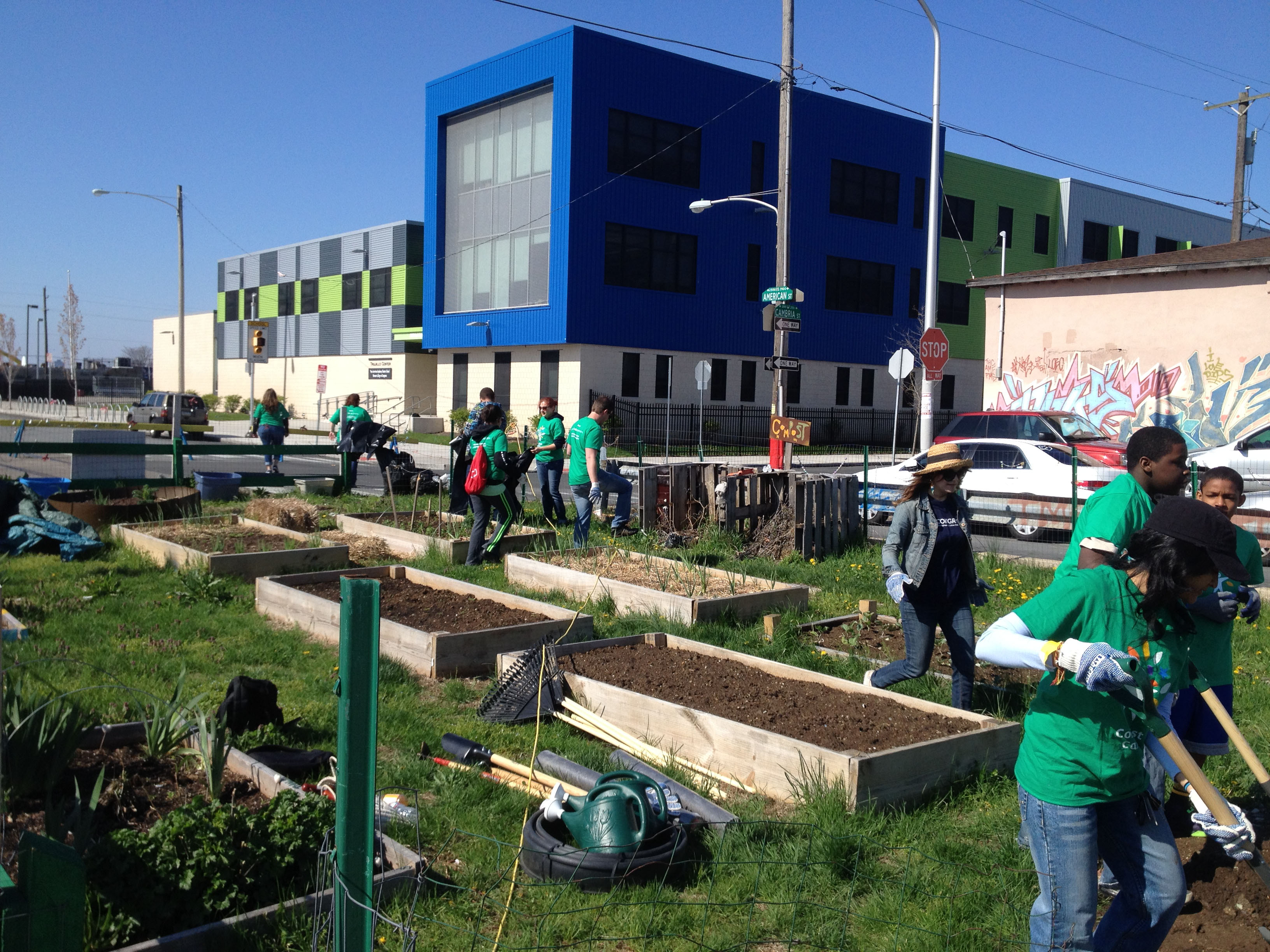 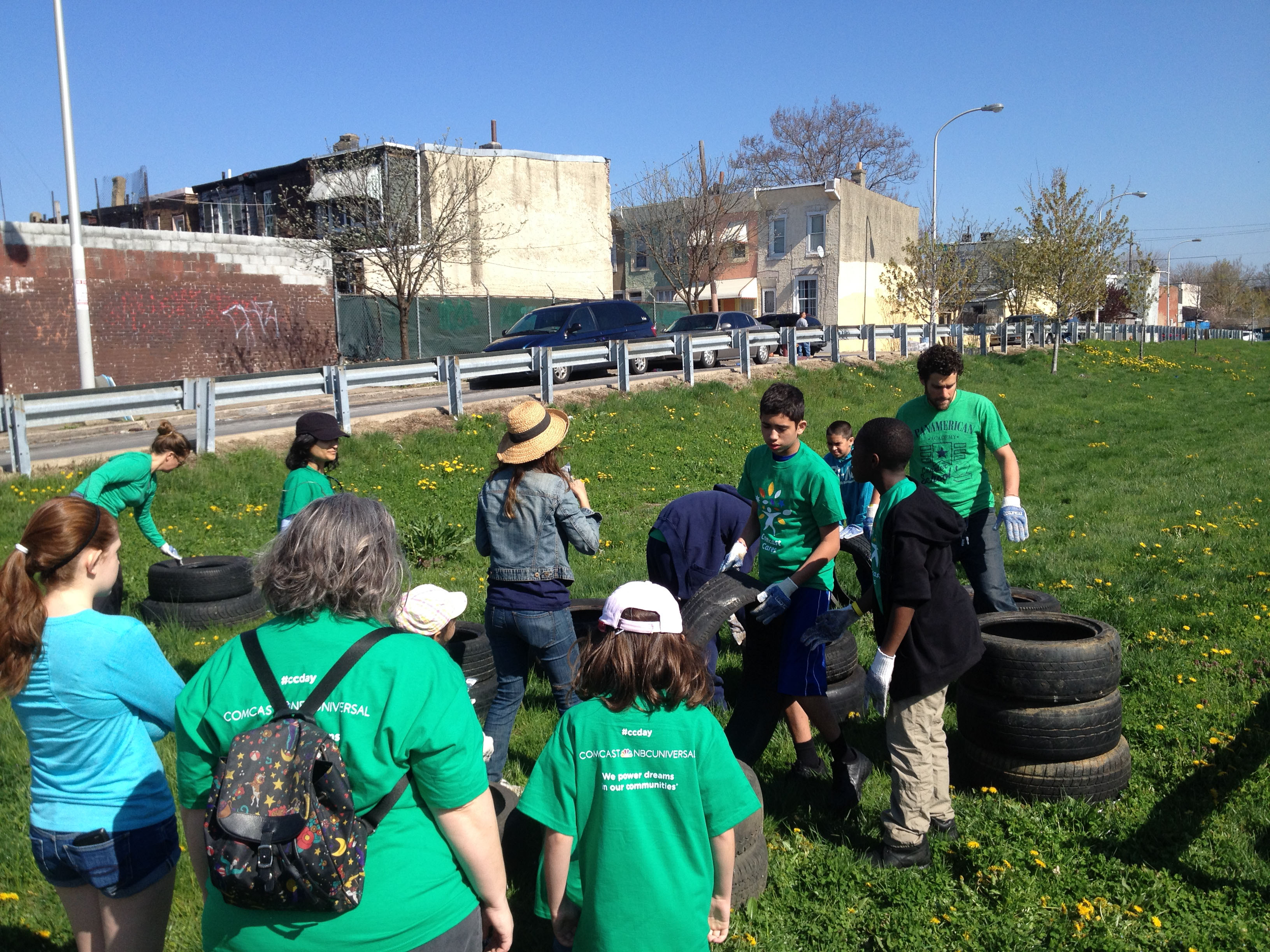 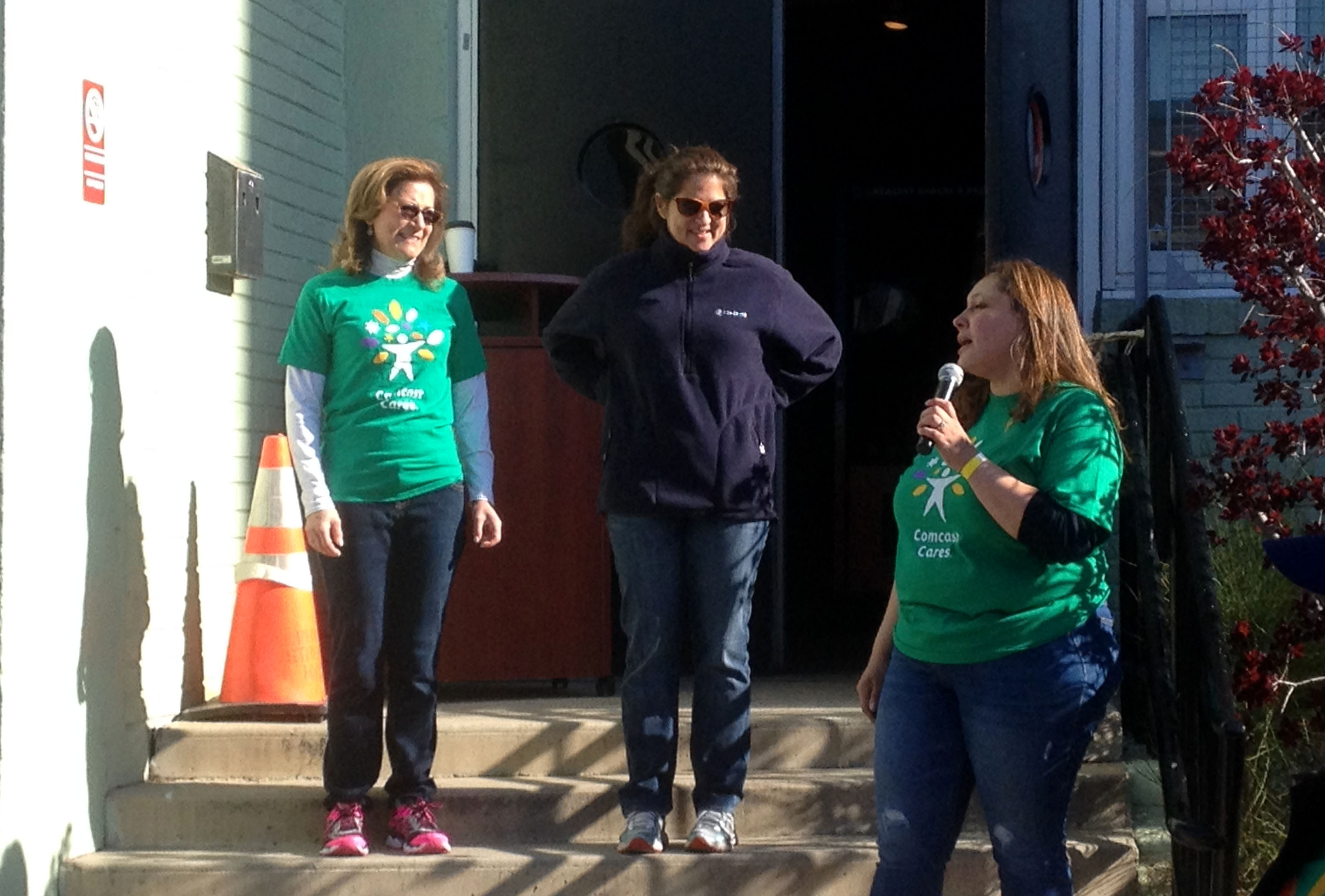 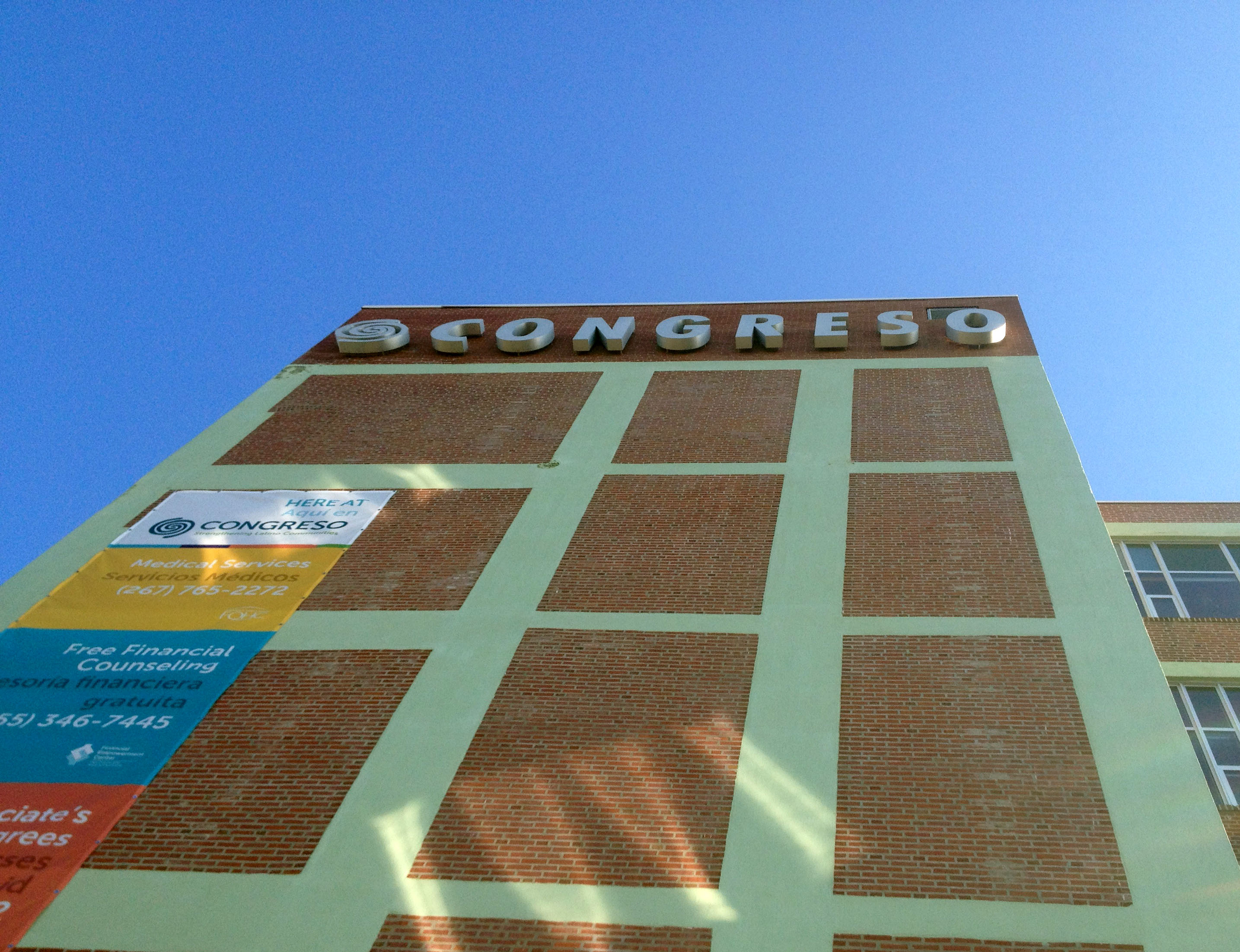 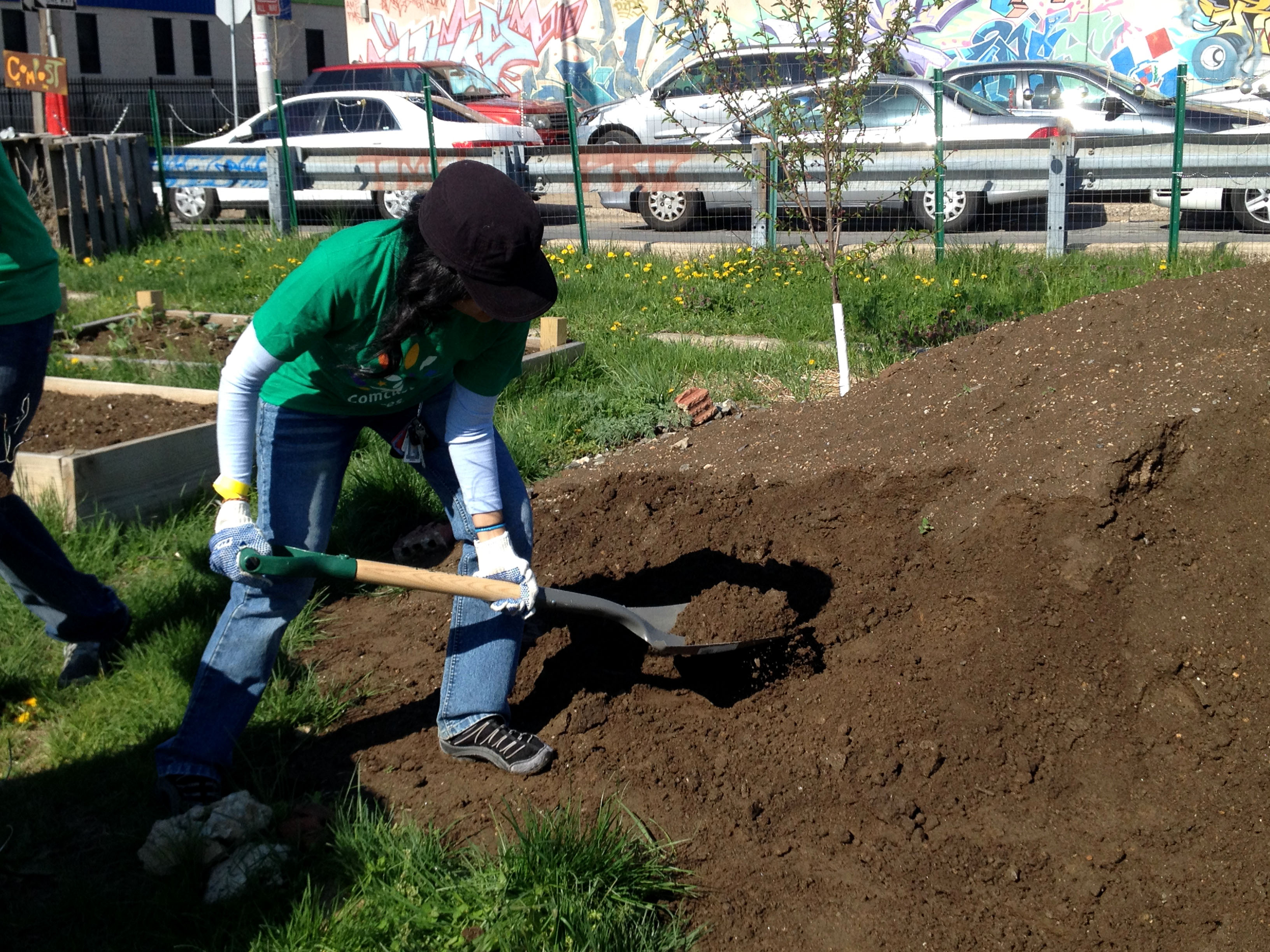 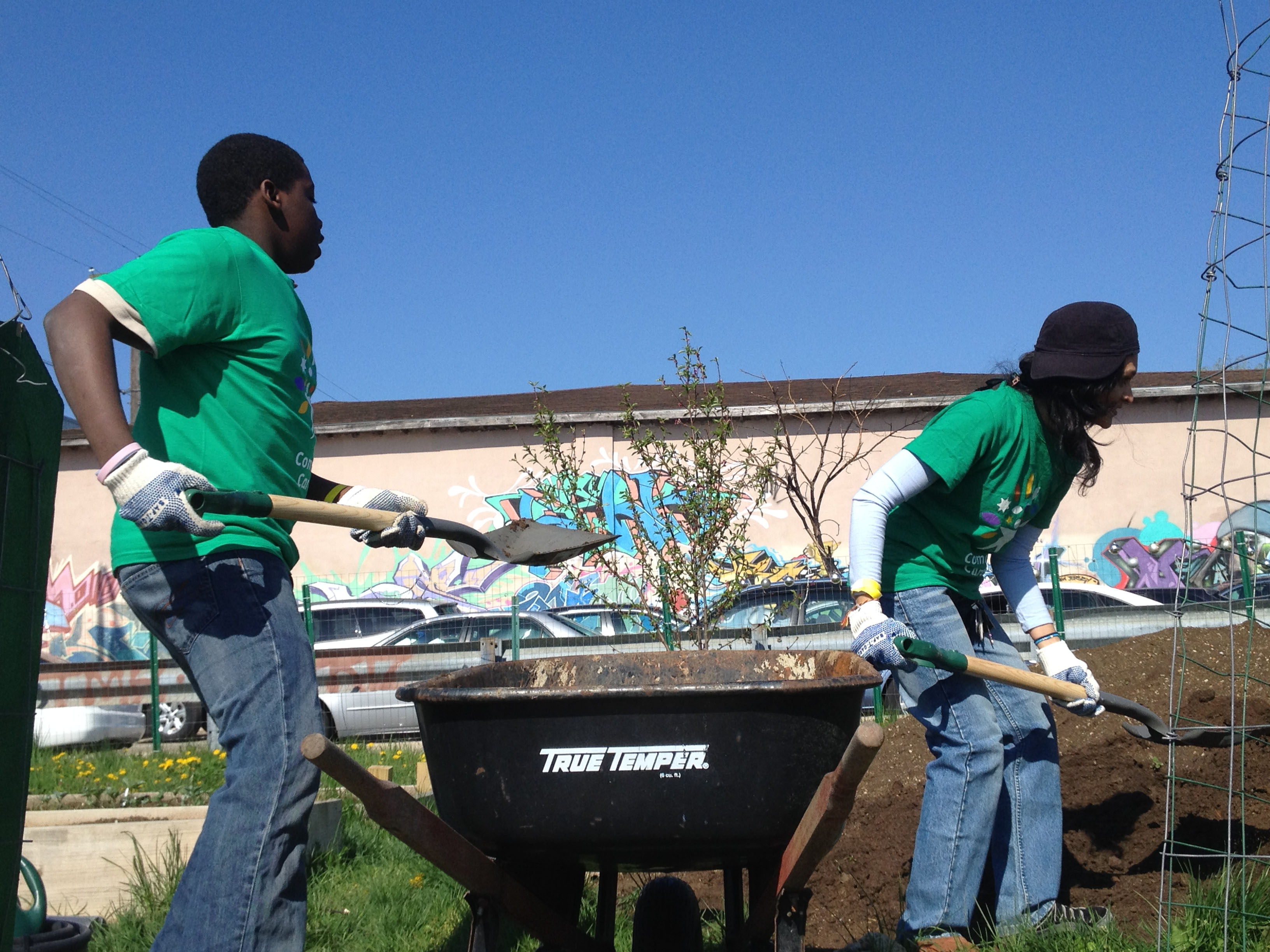 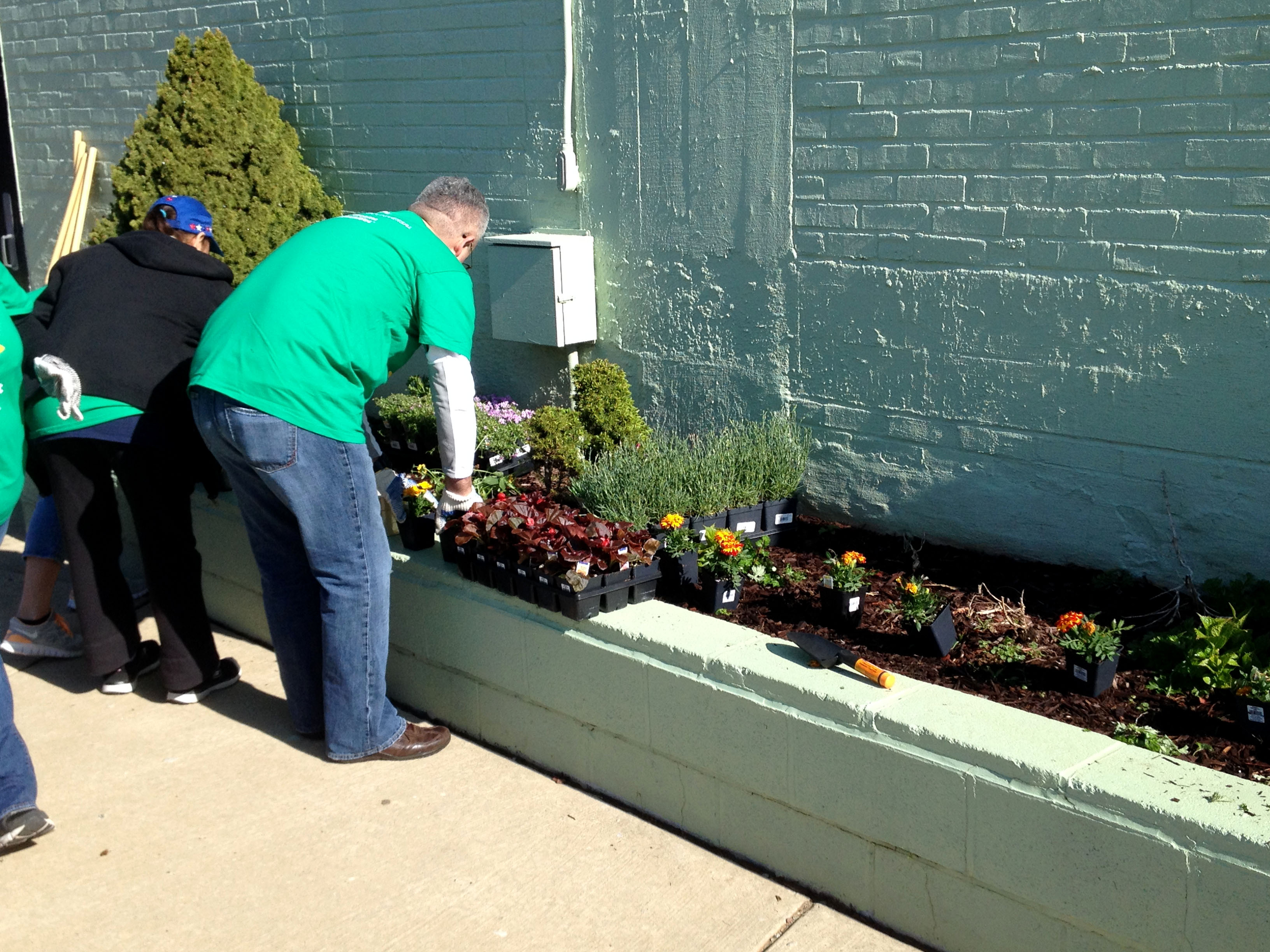 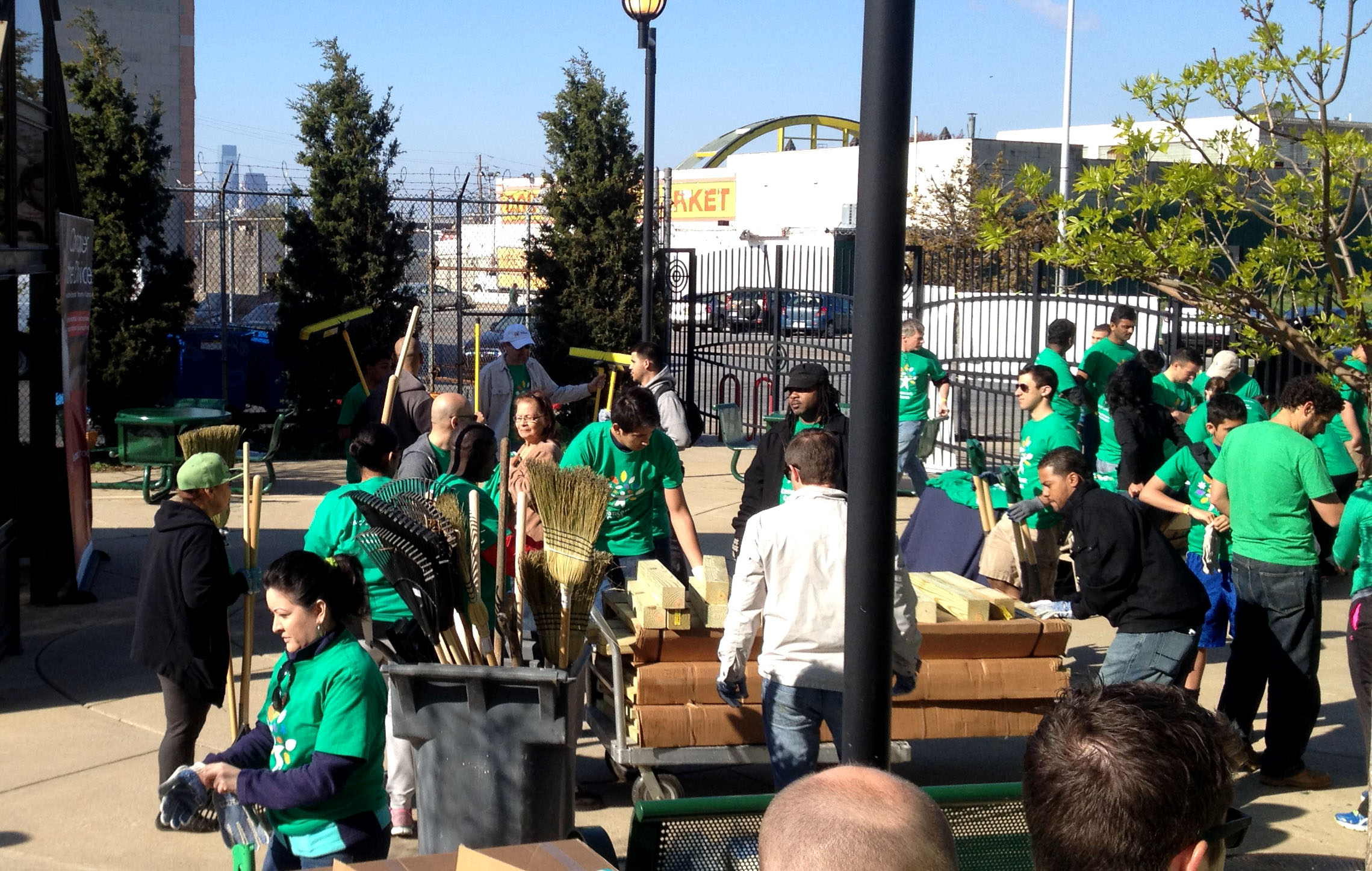 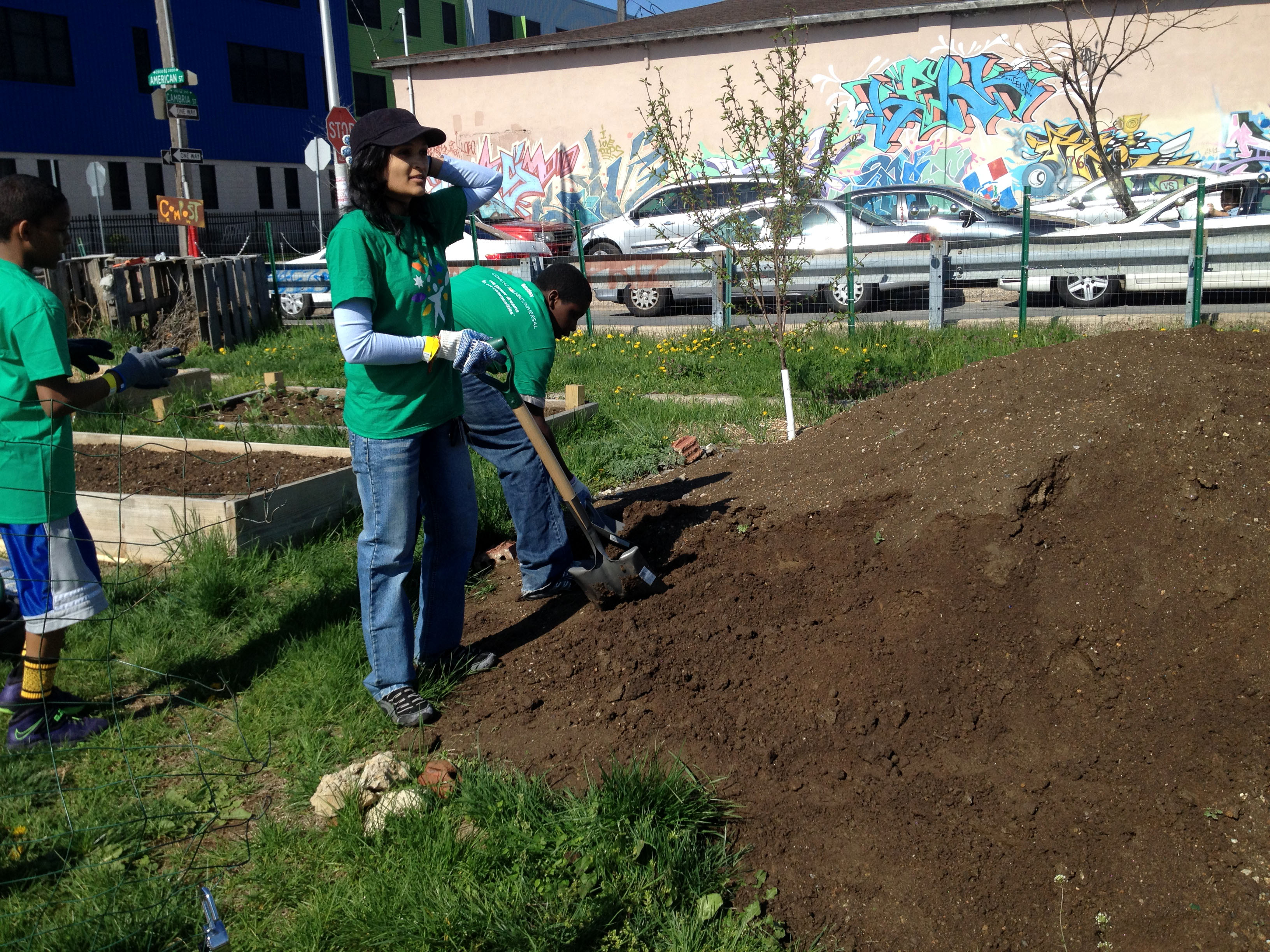 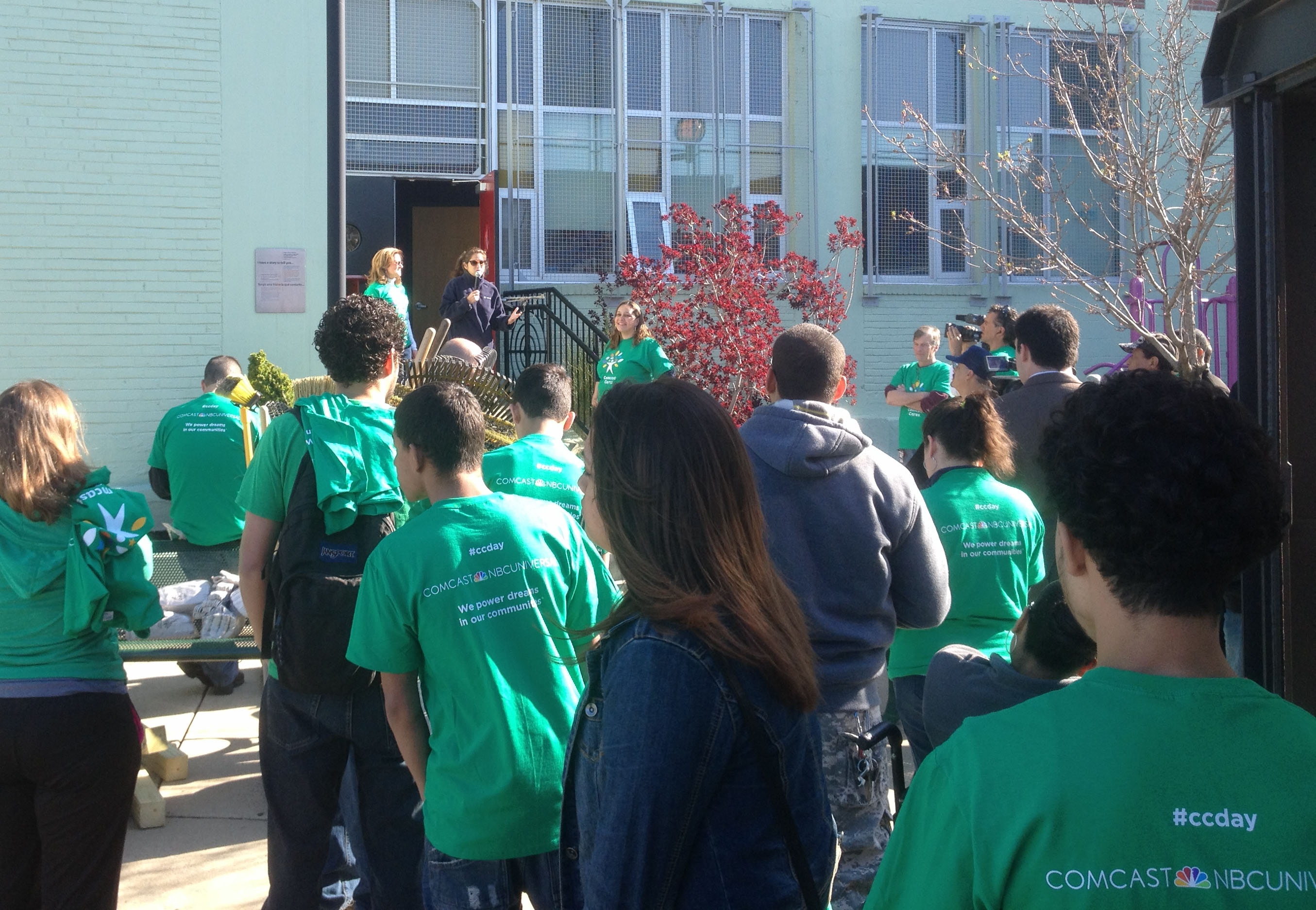 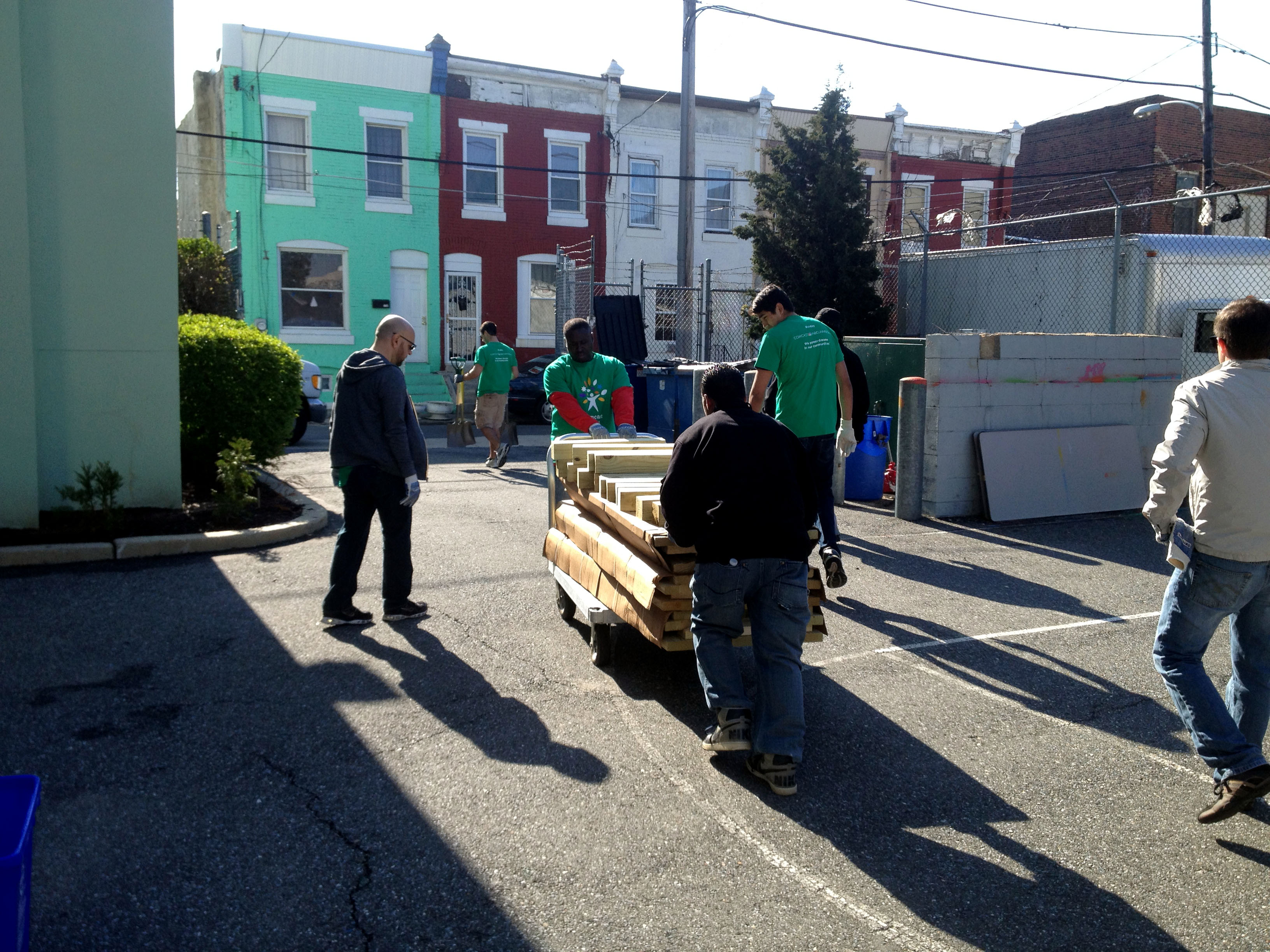 – Video, text and images by Oscar Castillo and Ross DiMattei

The Latino population in our area is rich in diversity and culture. There are many local high-profile Hispanic trends and restaurants. Here are five things which you may not know about. The Mexican Consulate Works [continue reading…]

Maria Gonzalez handed out fliers enthusiastically while flashing a big smile to everyone who approached her table. Maria Gonzalez, the vice president of HACE, the Hispanic Association of Contractors and Enterprises, sat behind a table [continue reading…]

Spending a day in “El Bloque de Oro” will have you thinking you’re in a tropical Caribbean island. Fake palm trees sit on every corner down North Fifth Street while store signs are read in [continue reading…]