Although Philadelphia experienced population growth for the first time in decades according to the Census, neighborhoods are still struggling with disinvestment that left pockets of people throughout the city neglected and unable to develop.

Philadelphia was once a major industrial center for textiles and locomotives. The deindustrialization of America’s manufacturing industry cost the cities like Philadelphia everything. What was once a vibrant economic center became riddled urban blight.

Historically, blight is a contentious term, referring to a plant disease caused by fungi, rust and smuts. According to Amy Laura Cahn, the Director of the Garden Legal Initiative at the Public Interest Law Center of Philadelphia, blight was often used to define minority and low income communities during Philadelphia’s urban renewal era.

“If you designated a neighborhood as being blighted,” said Cahn, “it could empower a municipality to take over that land, displace the people within that space and then create it anew.”

Economic tragedies of deindustrialization in Philadelphia left the city with about 40,000 vacant properties. About 76% of these properties are privately owned while the rest are managed by four different city agencies. Most of the cities vacant land is located in North and West Philadelphia, but there are many other parcels scattered across the city. The reality of Philadelphia’s vacant lot epidemic and the urban blight development ideology has created a threatening atmosphere for many Philadelphia residents.

A 2010 study by the Redevelopment Authority of the City of Philadelphia, RDA, found that the vacancies had an enormous economic impact on city residents. The vacant parcels reduced property values citywide up to 20 percent in some areas, costing homeowners an estimated $3.6 billion.

It cost the city $20 million a year to maintain vacant land and many properties are tax delinquent. Around 17,000 private properties owe the City of Philadelphia $70 million dollars in total.

The economic strain vacant property inflicts upon the city is not only devastating to growth, but it stifles the upward mobility of communities themselves.

Liz Harsh, the executive director of the Housing Alliance of Philadelphia, a statewide initiative working to provide all residents with housing resources, says vacant lots are part of a complex system of issues.

“Blighted property is a physical manifestation of the failure of many systems over many years,” said Harsh.

These failures have an impact on every facet of a resident’s life. For residents Zihir Murray, these failures have left his neighborhood in the shadows of neglect for years. Born and raised in a house in between two vacant properties, Murray says the vacancy had a pervasive impact on his life.

“It makes me feel like this block is never going to change. They’re fixing houses for Temple [University], but what about our block? There are too many poor people out here for it not to be a block full of houses,” said Murray.

According to the 2012 American Community Survery there are more than 4,000 vacant homes in Murray’s ZIP code alone. More than 1,000 homes are valued at less than $50,000, a problem only worsened by vacant lots.

Despite the complications they bring, not all residents see the open lots as a negative problem, like President of the Strawberry Mansion CDC, Tonnetta Graham, who says living next door to a vacant lot has given her valuable open space in a densely populated area of the city.

“We have enough parks in Philadelphia,” says Harold Richardson, a Germantown resident and long-time contractor. Richardson, who worked built houses from the ground up in Germantown for years says the lots are the from the negligence of the city and residents alike.

Although residents have different perspectives on impact specific lots have on the quality of life in their neighborhoods, 2011 study by the American Journal of Epidemiology revealed the correlation between poverty, crime, and vacant lots. The report found that neighborhoods that experienced an increase in green space saw a sharp decline in the number of violent incidents, a pattern that is deeply worsened by vacant properties.

For Philadelphia residents like Murray, Philadelphia’s vacant lots are not just an eye-s0re, they are a reminder of the disadvantages they face everyday.

“It makes me feel like nothing is ever going to change. We’re just trying to make it better. We feel left behind,” said Murray. 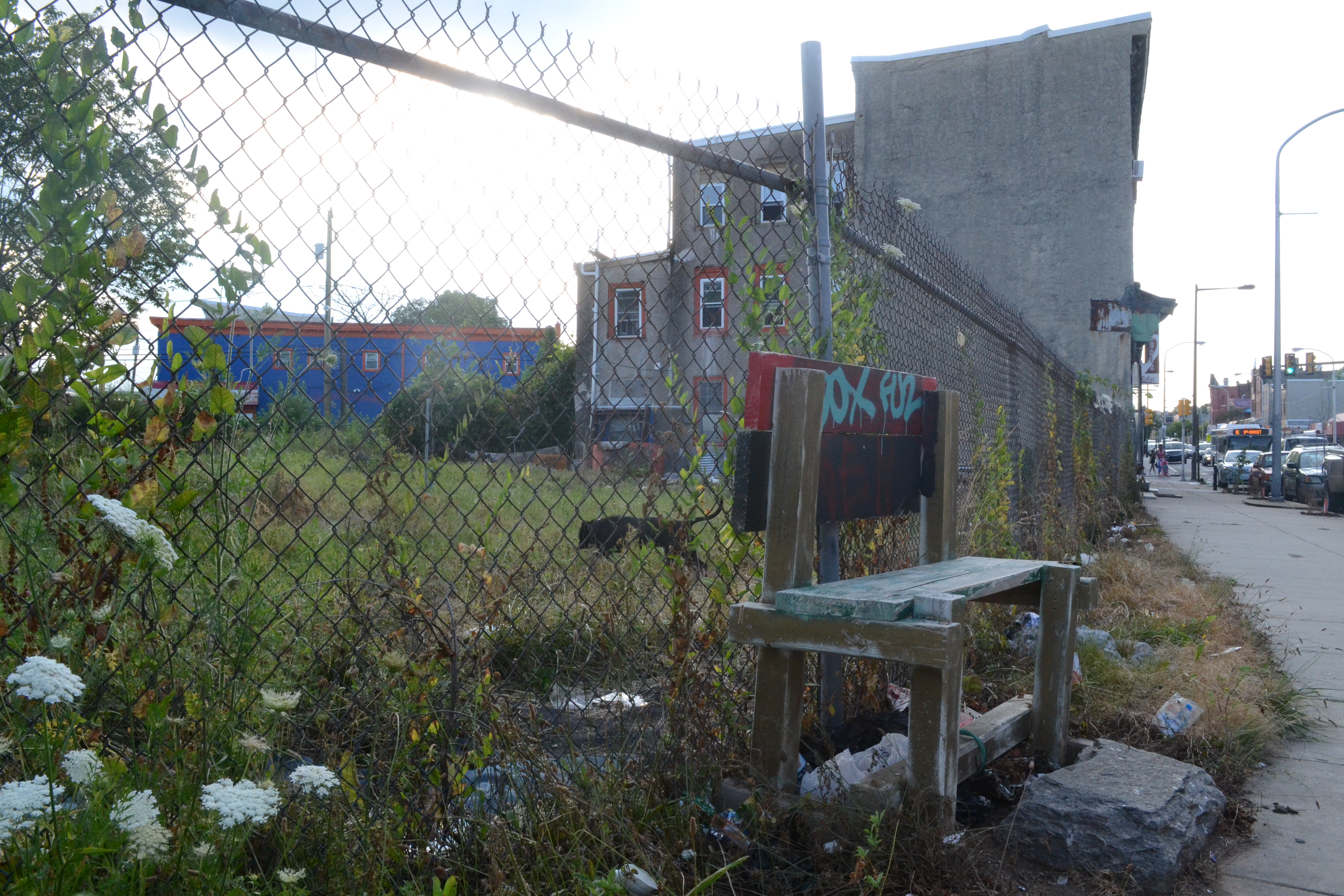 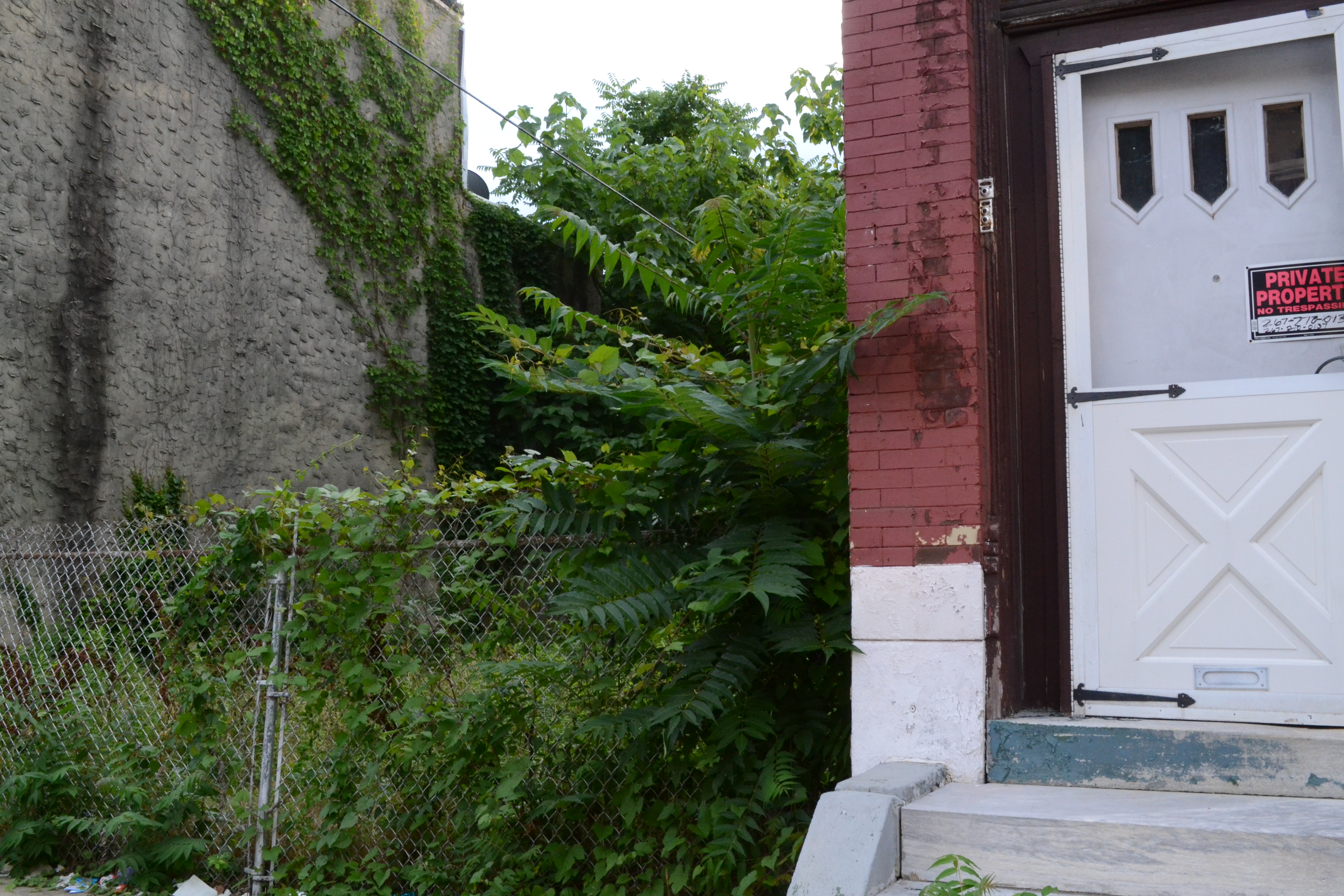 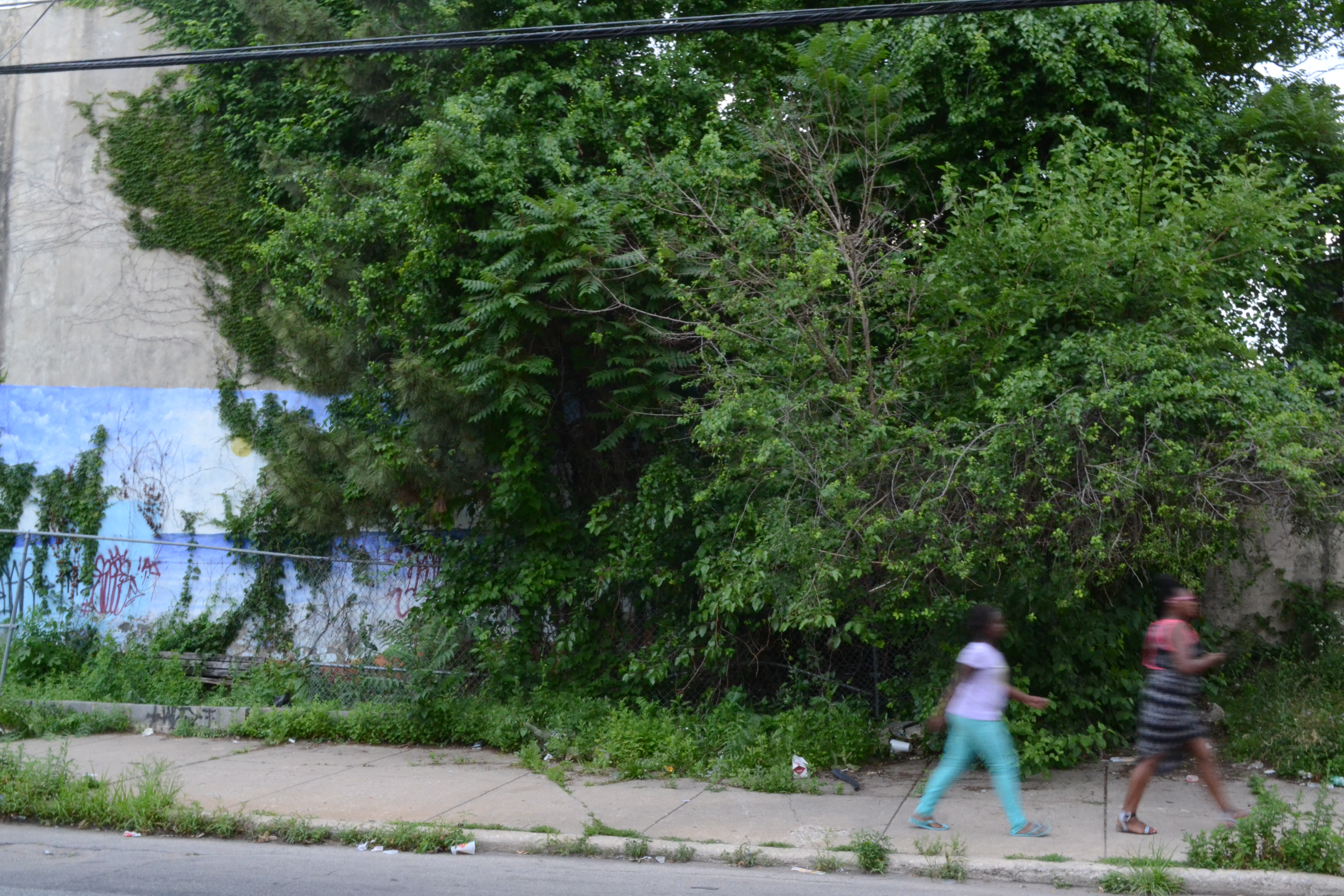 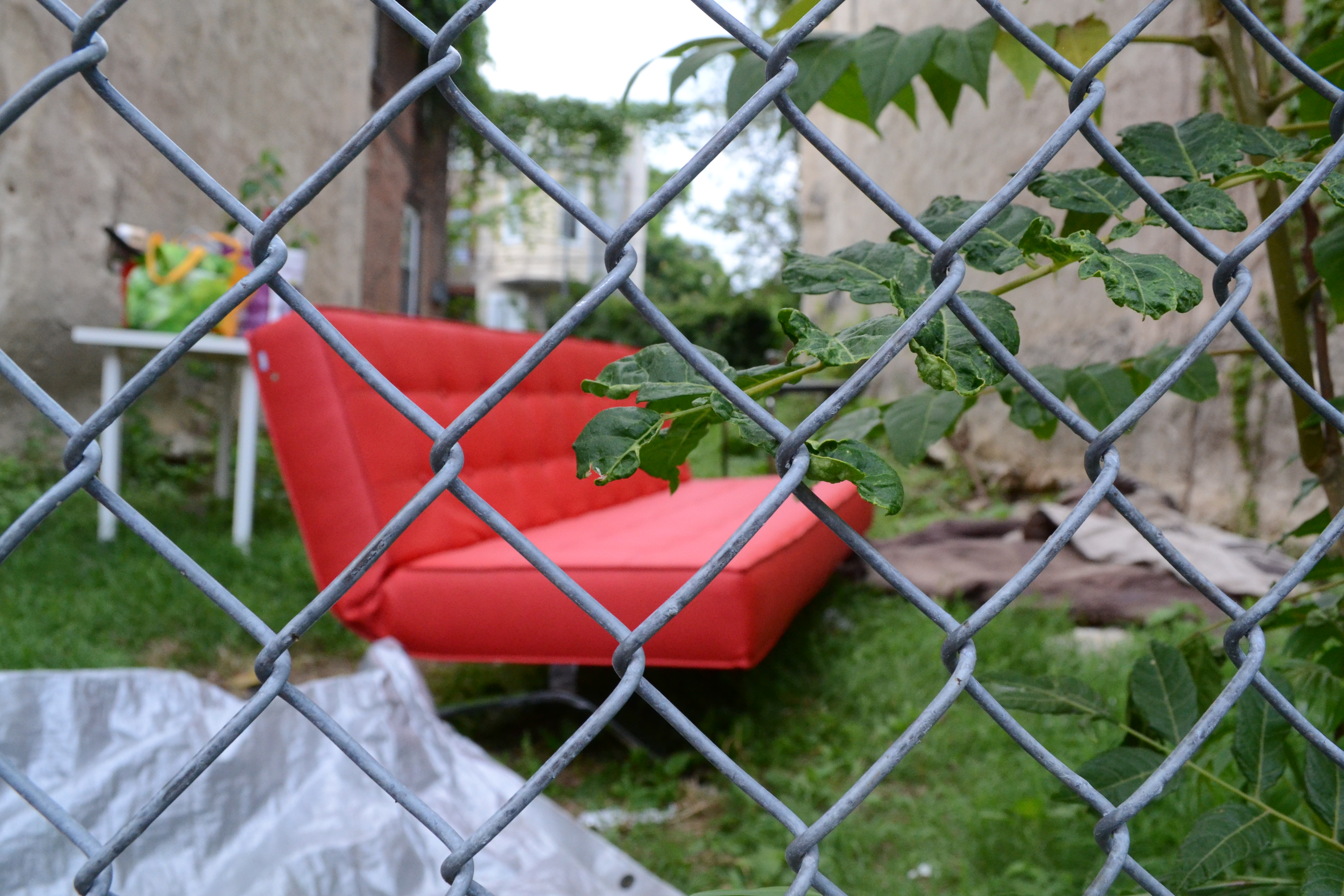 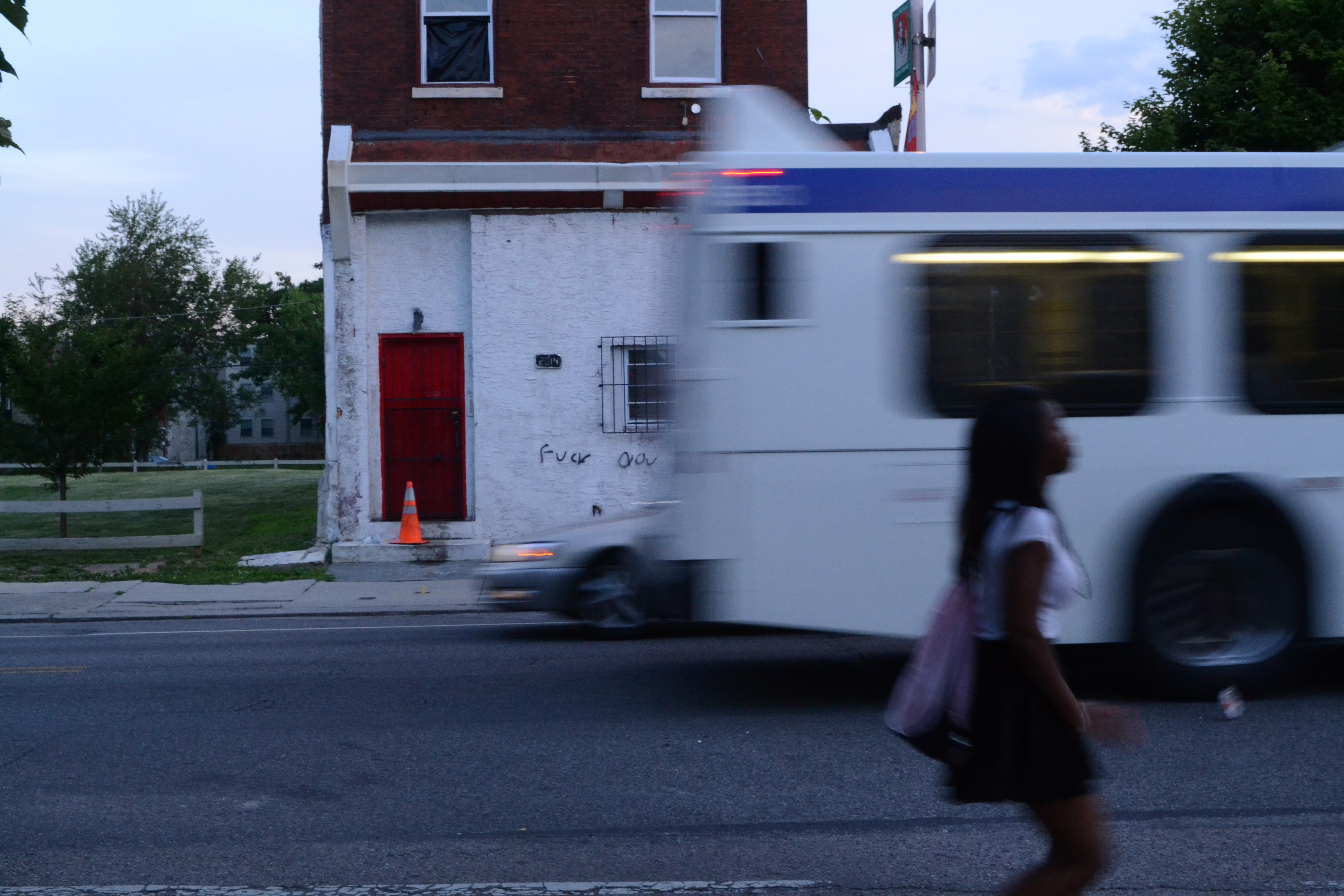 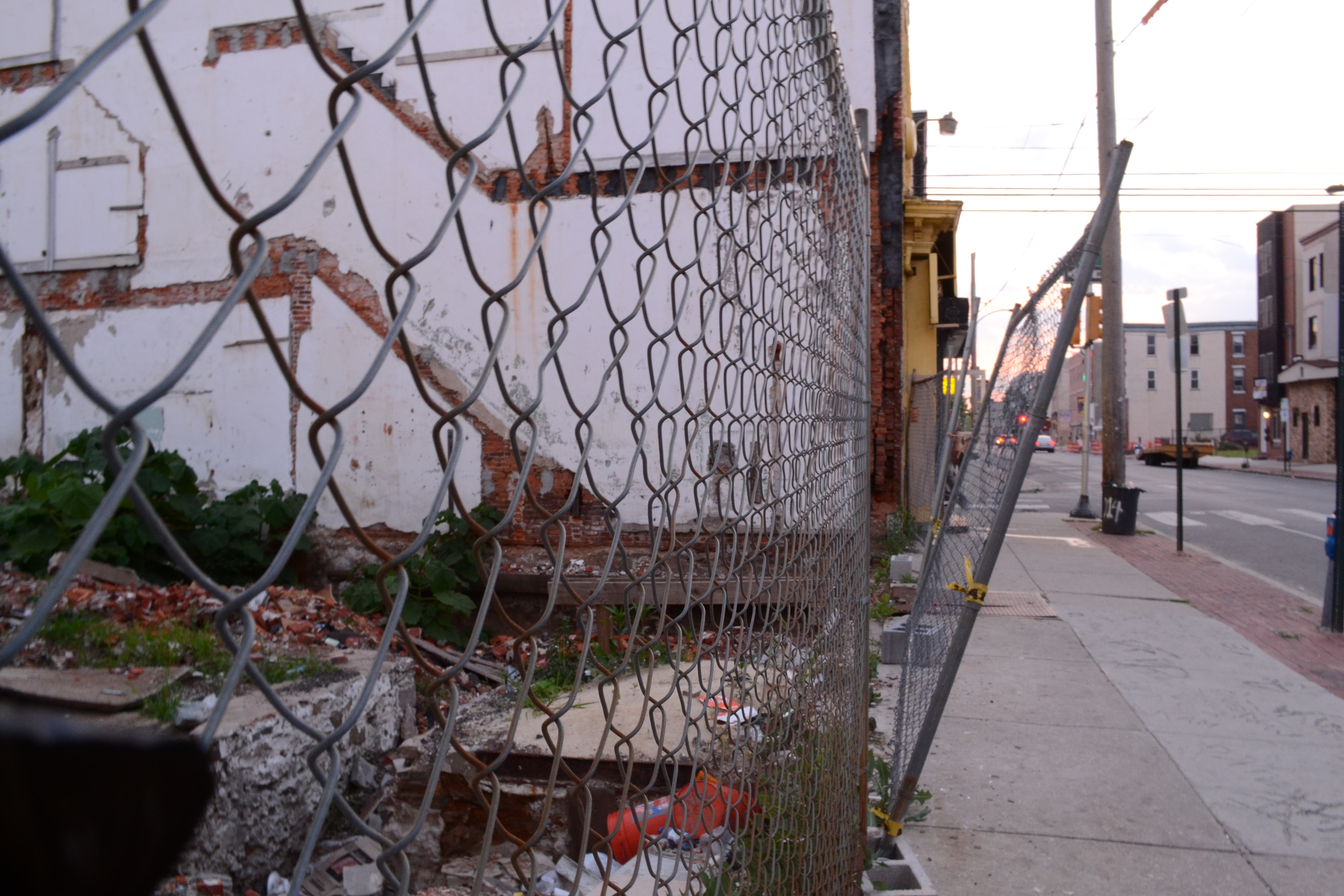 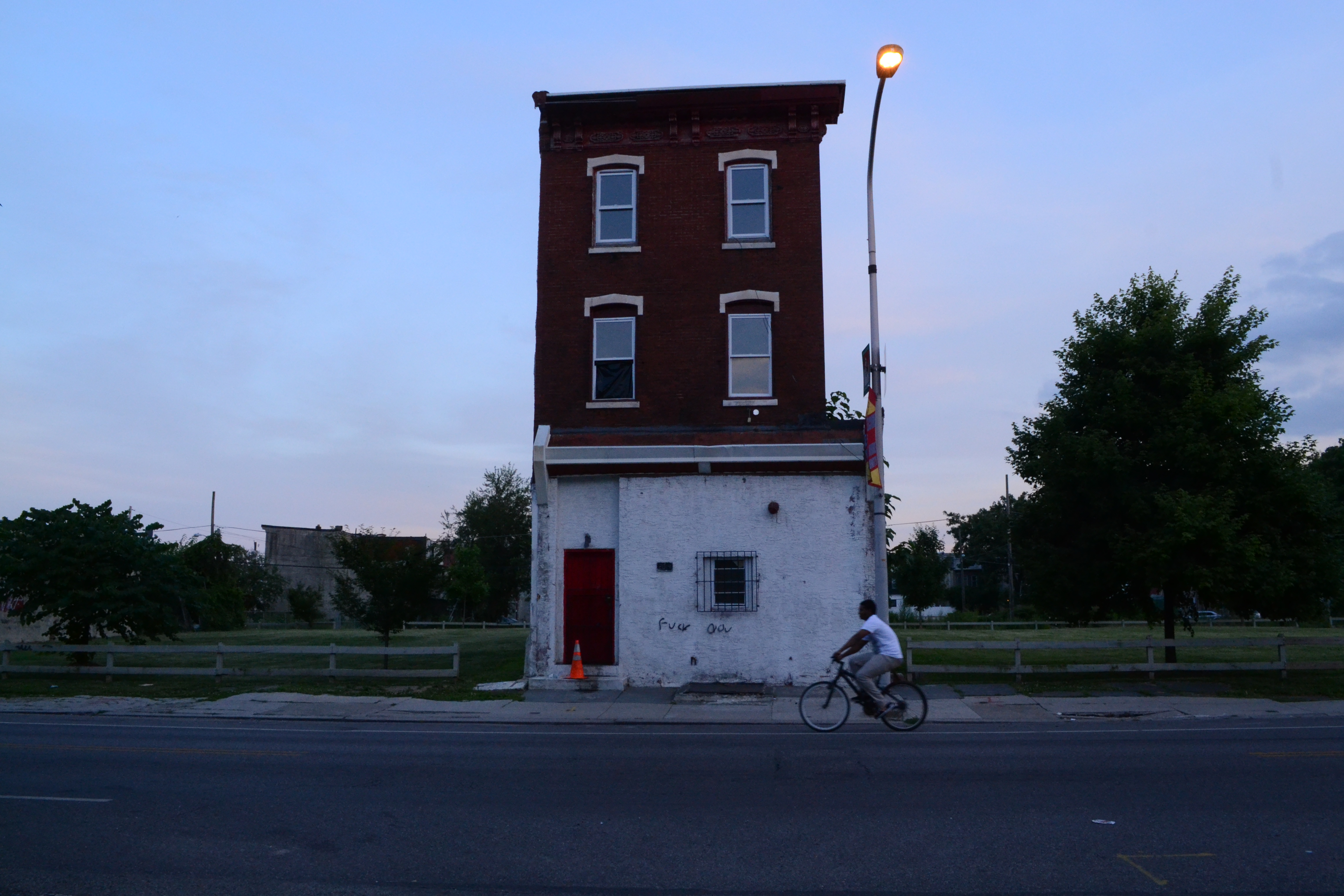 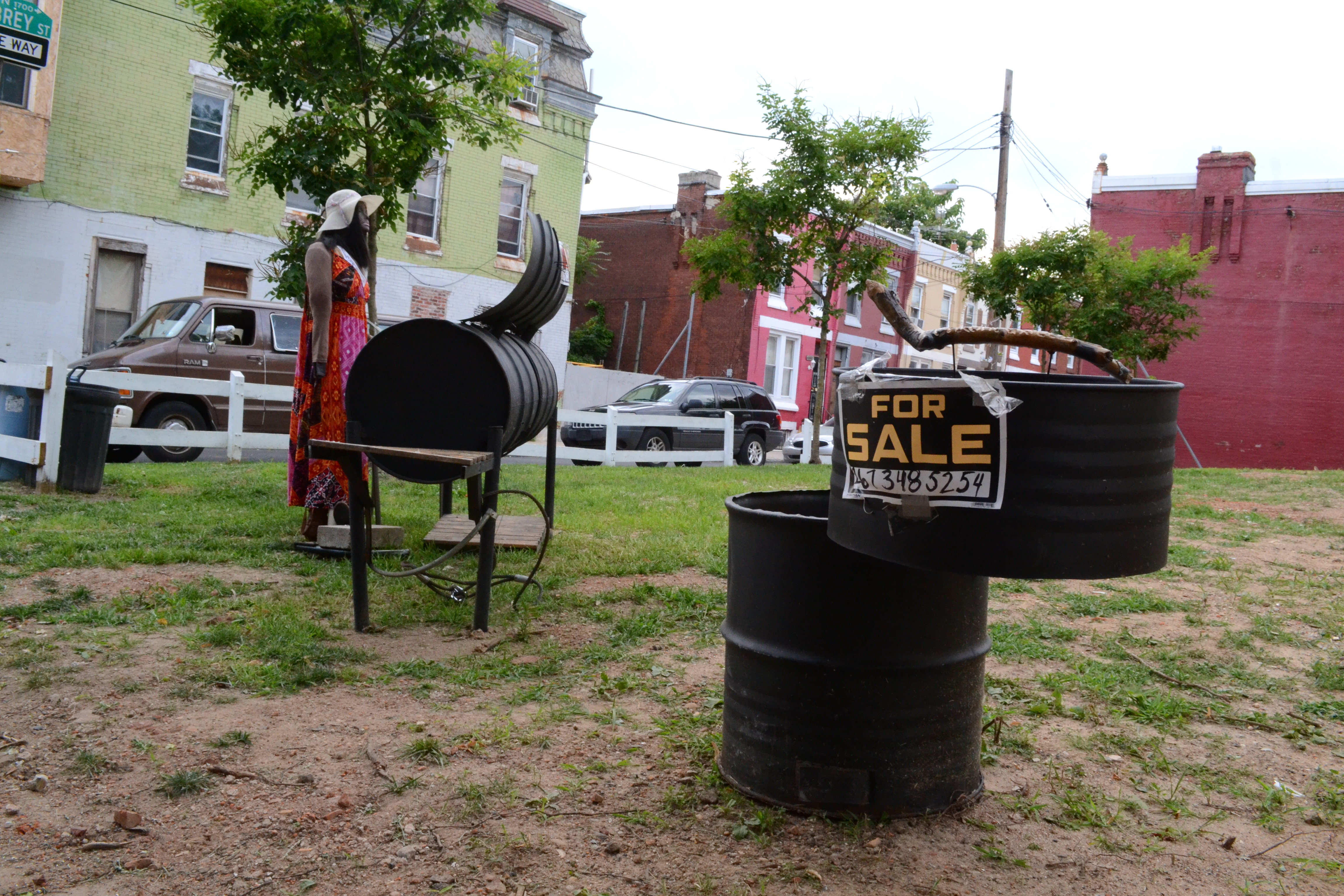 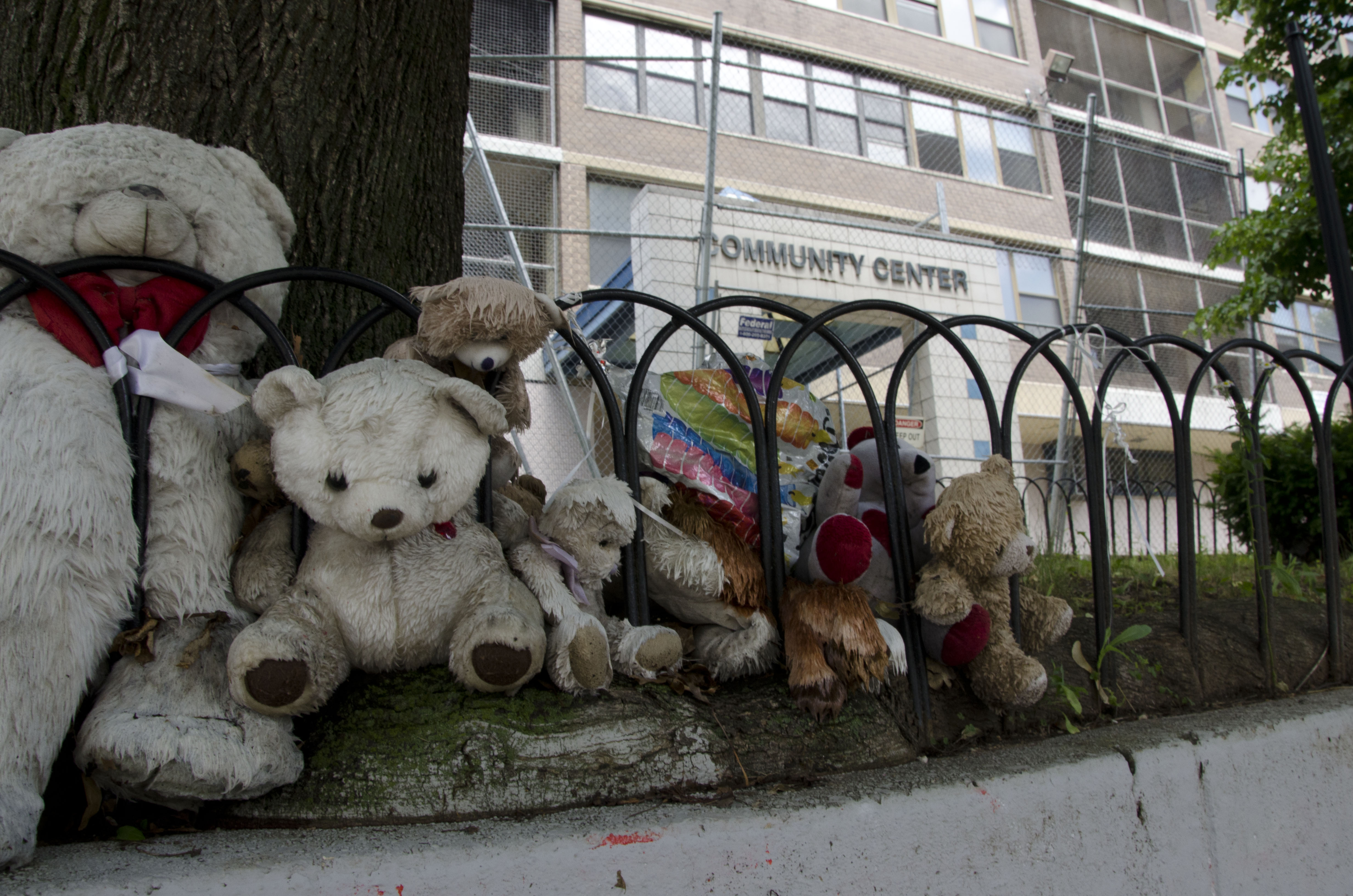 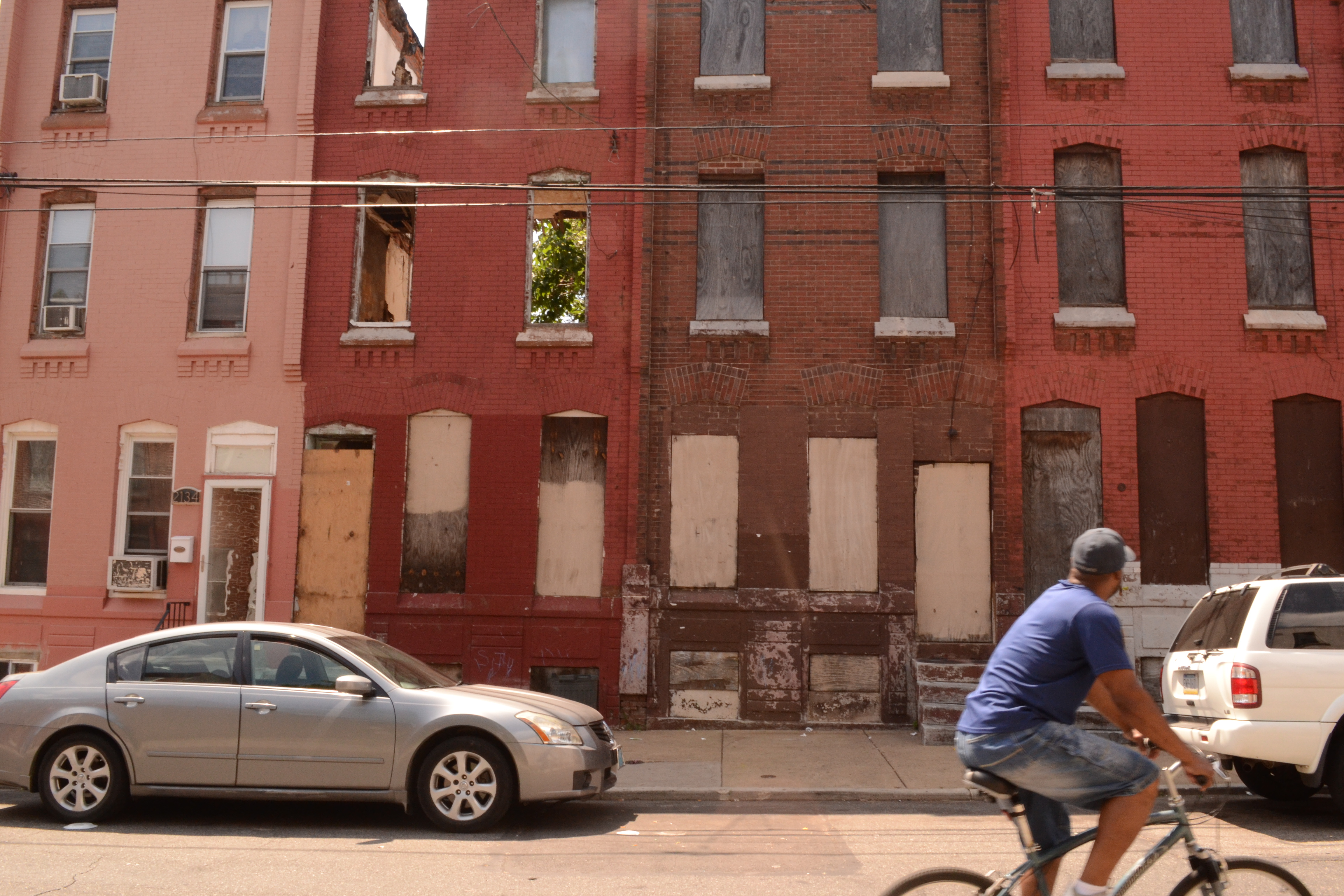 <
►
>
PHA-owned Queen Lane Apartments was closed three years ago. After gates were erected and development stopped, residents say the abandoned high rise has attracted crime to their neighborhood. Photo by Meaghan Pogue

https://vimeo.com/68382700] Suzanne Quinn, second generation owner and operator of Bargain Thrift Center in Germantown, plays a crucial role in the community. Quinn began working at the thrift center during her high school summers when her late [continue reading…]

“I am not a bug person,” said Anaiis Salles, resident beekeeper at Green Sanctuary Community Apiary, located on the grounds of the 52-acre Awbury Arboretum. How, then, did Salles become an authority on beekeeping in [continue reading…]

It took a 1,700-mile move to Philadelphia for Texas native Kevin Grauke to write about his past. On Tuesday, the local author will read from his new book and discuss the process of writing and [continue reading…]