Stacey Mosley is a data scientist with the city of Philadelphia and works with Young Involved Philadelphia on the Commercial Corridor Tours. These tours have visited South Street West and Lower Frankford Avenue, and the last tour was recently held along Lancaster Avenue in Mantua.

How did you get involved with Young Involved Philadelphia?

I found out about it three years ago. I went to the State of Young Philly series of events that they had done in the fall, and I got really excited because it was a lot of people my age who seemed really passionate about what they do, whether they were at nonprofits or private sectors or working with the government. These were people who were really enthusiastic and willing to talk about what they’re involved with. 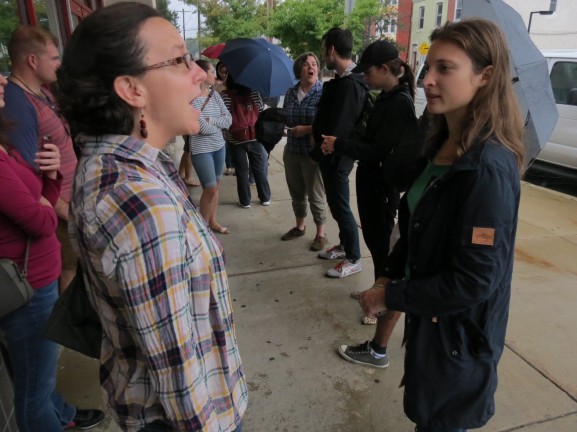 What is the Commercial Corridor Tour?

Working on the Vacant Property Strategy, I got to know a little more about economic development and the city levels of economic development, but also the market levels. I had this idea: Why don’t we go talk to small business owners on these commercial corridors – people that have been there forever and people who have only been there for the last year or two. They [the business owners] decided, ‘Hey this is where I’m going to try to set up shop and really take a risk with my business.’ What has made them take that risk? What has made those people that have been there for a long time stay? What have they seen change and where do they see it going? So, the thought was: Let’s do one on an emerging corridor, one that’s in a mature neighborhood, and one that’s in a neighborhood that’s just in the beginning of its revitalization trajectory.

What was the reason behind picking Mantua for the third section of the tour?

The Mantua area is where we are seeing this third phase. We are seeing a neighborhood that is just starting its revitalization. We are talking about the impact of a university – how Drexel has incentive for their employees to buy homes there and live in the neighborhood, how their master plan looks for the next 10 or 15 years and how that will change things. But also (how) the Promise Zone in general – federal grants, tax incentives, things like that –impact the development.

What is the focus of this tour?

This neighborhood in particular is probably going to have more of an arts focus. Three of the stops on the tour are galleries. There’s Indigo Blue Design Concepts, which may be retail, but there are two others including the Tiberino Memorial Museum and another gallery along the way. It’s going to be interesting to hear more about how that might be playing a role just to keep things grounded, and then retail can develop on top of that. We will also be talking to the owner of Aloosh Hookah Bar, which is going to be our last stop and is the closest to (the) Drexel campus. 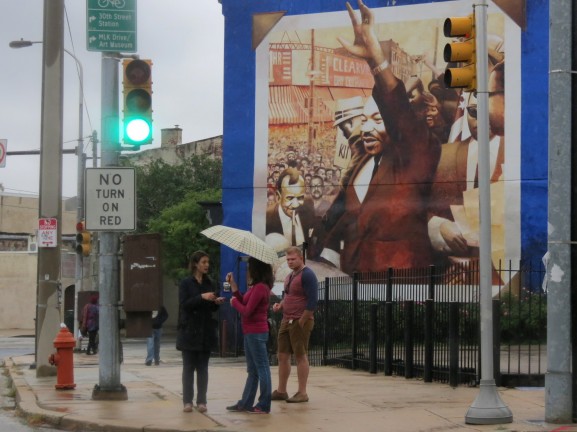 Are you going to visit Drexel to see how the communities meet?

That’s actually going to be the end. So, we’re starting at 40th and Powelton and going to the Traction Gallery, which is at 41st and Haverford area, and then down Lancaster Avenue. We will be ending closer to Drexel, and I feel like that is going to be a twist for folks. It will be interesting to see how people will react, because Drexel, for me, for a long time, has been a gateway into that neighborhood.

What is different with the Mantua tour than the other two? 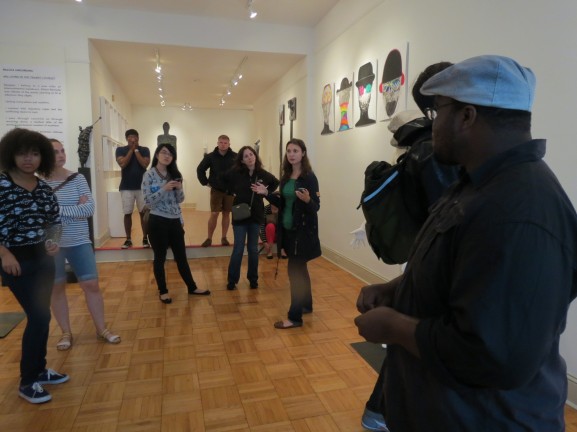 What is the biggest takeaway from the tour of Mantua?

Just getting inside some of these institutions – getting inside the galleries, the museums and the restaurants that are there – totally opens people up to going back again. Things that you would not even consider entering because it’s unassuming from the front, once you go inside and see what’s behind the door you’re more likely to tell your friend, “Oh, I saw this really cool thing. We should totally go check out when their next gallery opening is.” It’s introducing people in a comfortable zone. I hope it opens people’s eyes about new places and makes them feel a little bit closer to those neighborhoods. They are more likely to be a patron at those establishments.

– Text and photos by Darian Muka and Alyssa Cassium