The calendar reads September, and for several recreation workers in South Philly, vacation has finally arrived. The summer camps have been completed and the next wave of children is still a few weeks away.

She has managed to find relief by bringing her love of dance to the workplace. Butler graduated with a bachelor’s degree in dance from Point Park University in Pittsburgh and brought her knowledge east to Philadelphia.

Why Hawthorne? What were the steps you took to get to where you are?

Those that hired me thought it would be a good fit because of my dance background. I’m glad, though, that they put me in a place that has a complete dance studio having mirrors, stereo and a wooden floor.

When hired by Philadelphia Department of Parks and Recreation, you are considered a trainee for 18 months, despite any previous work experience. After a year and a half, I became a level one recreation leader, without taking any sort of test. Any other position after a one you have to take a test for it. Level three is the highest you can go.

What style of dance did you bring to the Cultural Center?

The type of dance that I teach is the Katherine Dunham technique. She was an anthropologist, dancer and teacher, who became prominent in the 1940s. She studied throughout the Caribbean, mainly Haiti, and mixed the academic studies into her dance. She created her own technique, which was a blend of ballet, modern and Haitian dance styles. 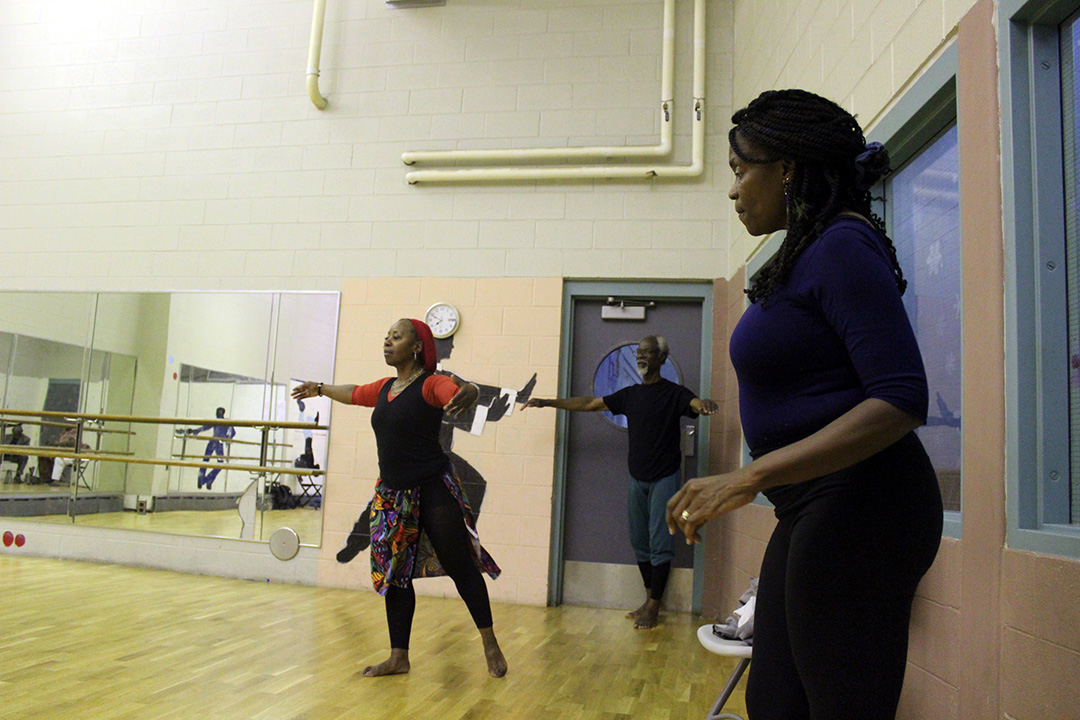 How do you find dancers to come join your class?

To advertise, I’ve given out flyers and texted reminders to people that have been part of the class every week. Normally, we have about five or six people that come. Plus we have two or three drummers that play for us on a regular basis. I have been working with them for many years. 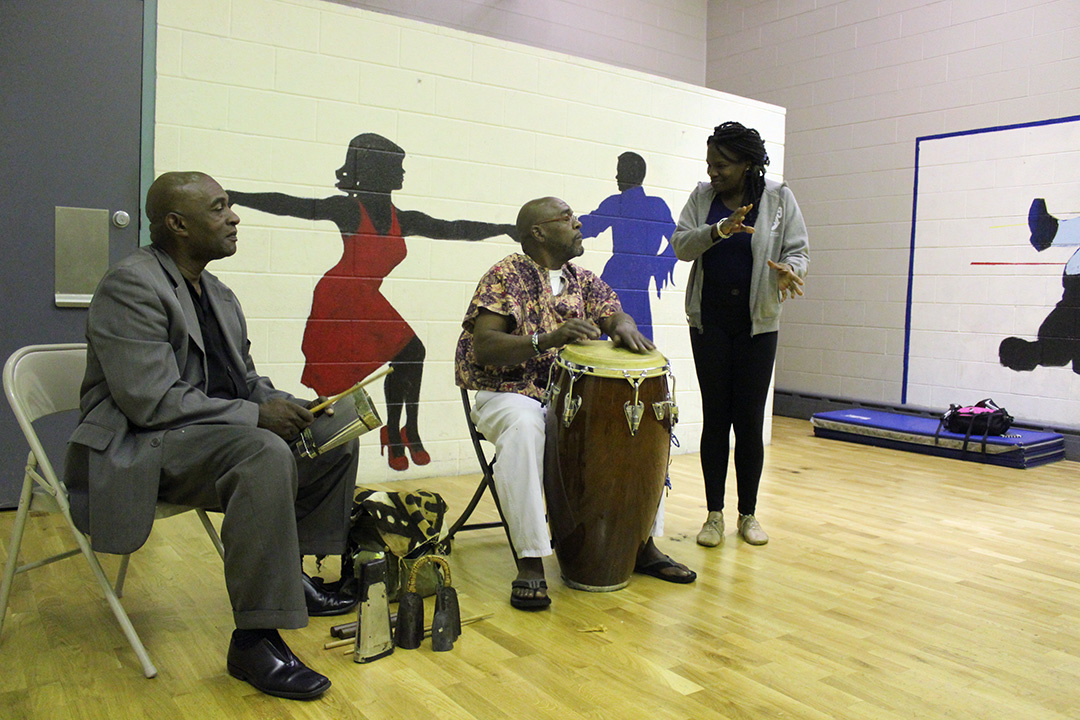 In addition, you are still a full time recreation leader. What does that day look like?

First of all, it’s different from most working people. It’s from 1 p.m. until 9 p.m., Monday through Friday. Sometimes I’ll have off a weekday and work Saturdays from nine to five. We share our hours because somebody always has to be here.

Our schedule right now is a little more relaxed. The summertime is our high time. We call it “tax season” for the center because we had two summer day camps here. One was our introduction of performing arts camp, which was our biggest class of 60 children.

At camp I would come in and someone would tell me something that needed to be done. I would assist with whatever needed to be done until 3 p.m. I ran the after care program from 3 p.m. to 6 p.m. It included a reading program because we know the children need to read during the summer. I had two volunteers that came in, and we were able to give two-on-one instructions in reading and even extended it to math. This program ran for about six weeks.

Looking ahead to the fall, what is offered at the center?

For the kids, we have Mexican folk dance and Zumba. There are also martial arts classes taught by our Wushu Gong Fu. He loves to teach outside on the nice days. For the adults, there is salsa, Dunham style, yoga, tai chi and even old school dance. Different organizations can also rent out any of our rooms for meetings. 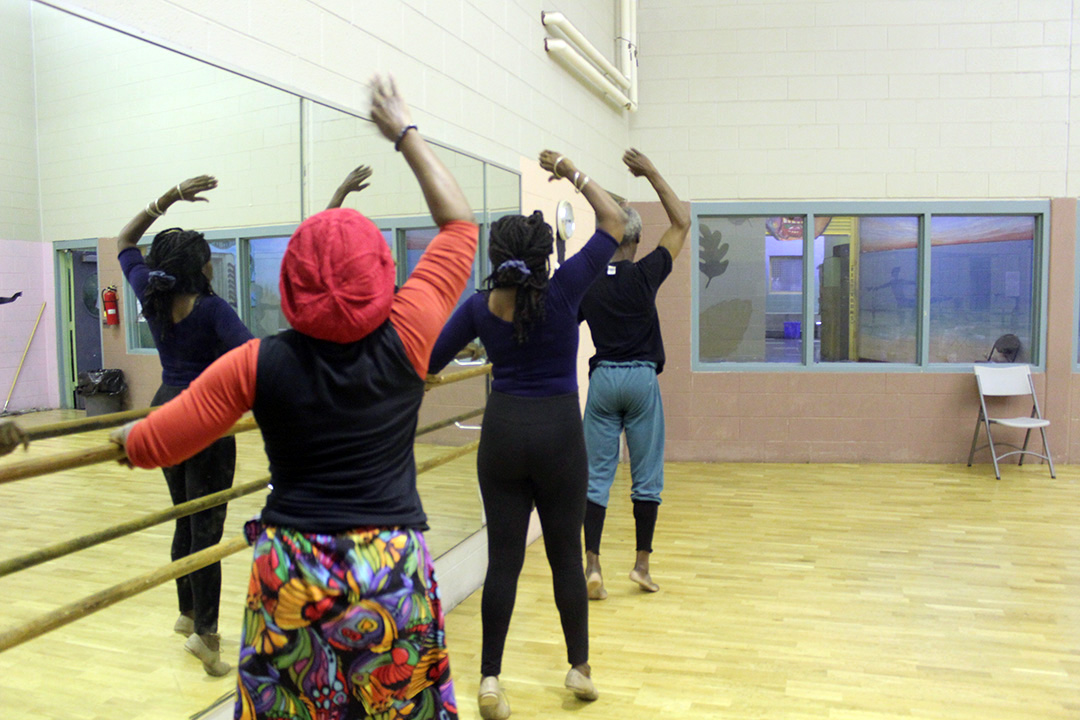 Through the center, what is your overall goal for the surrounding neighborhood?

I would like to bring out my skills of movement, dance and yoga, which I have been able to teach. I want to make people aware of themselves and how high they can go. I would like to promote self growth. This area is always changing with people moving in and out, so it’s sometimes hard to for people to participate.

– Text and images by Alexandra Snell and Amanda Kim.

South Philadelphia: Bowling Alley and Nonprofit Organization Work Together for the Community

Along South Broad Street, there is a six-lane bowling alley tucked away in the basement of a building that is owned by a nonprofit organization. This bowling alley has only been open since 2009 and employs [continue reading…]

Some South Philadelphia residents look forward to having their own neighborhood-owned grocery store within the next year. Alison Fritz, a Passyunk Square resident, is the President of South Philly Food Co-op, a group of local [continue reading…]

Jean Solar came to the United States from Chile two years ago. Despite his professional training as an engineer in his home country, Solar has been unable to secure a work visa in the United States and [continue reading…]