The nightlife of Fishtown has gone through a revival in recent years, with popular hubs such as the beer garden at Frankford Hall and specialty take outs like Bottle Bar East. However, established bars have been able to withstand the test of time and keep their status of neighborhood hangouts for generations. Historically, the Fishtown area has been known for its Eastern European and German roots, but additionally, the bars featured have a cultural tie to the prominent Irish American community within the area.

Located on the corner of Frankford and Dauphin, Bob’s Happy Hour Tavern is most likely passed by non-locals on a busy weekend. With its Irish pub based roots, owner Arthur St. John spent the last eight months remodeling the bar for a modern appeal. Since re-opening on the weekend of July 4, Bob’s has debuted new specials, including a “Ladies Night” every Saturday, where the first drink is free and $1 off every drink thereafter. 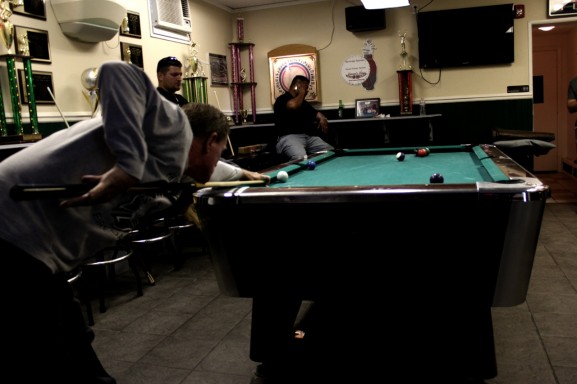 Neighborly vibes flow as much as the Yuengling on tap at this rooted watering hole on York Street. Owner Mike Caspero has been running the friendly joint for around 10 years, where the young and old alike gather. Decorated with sports pinnies and trophies, Good Time also has a good ol’ pool table where regulars frequent and practice their skills. 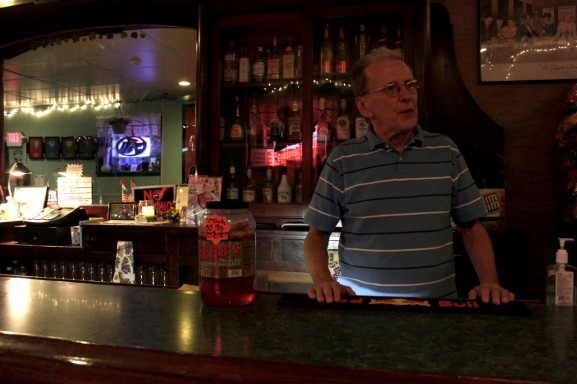 York Street establishment Ye Old Blarney Stone Tavern has been a facet of the community since the 1930s, according to 66-year-old bartender and Fishtown native, Greg Antczak. Complete with a dartboard and jukebox featuring Motown classics, anything from Miller High Life to whiskey sours can wet one’s whistle. 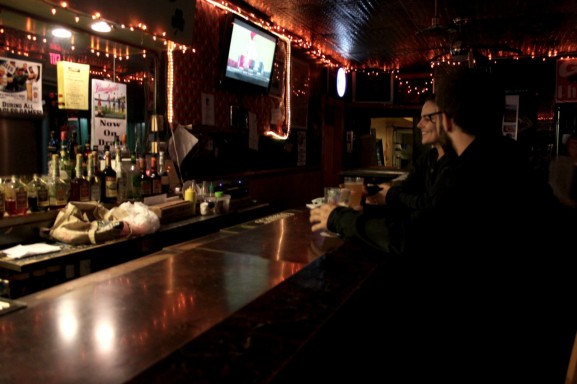 A longtime favorite among locals, Les and Doreen’s Happy Tap is a traditional Irish pub full of friendly bartenders and great conversation. In addition to offering a large selection of beer and mixed drinks, it is unlikely for patrons to hear music outside of the ‘80s and ‘90s, all of which is played by the bar’s jukebox. For those looking for some extra fun, Les and Doreen’s also hosts shuffleboard every Wednesday night. 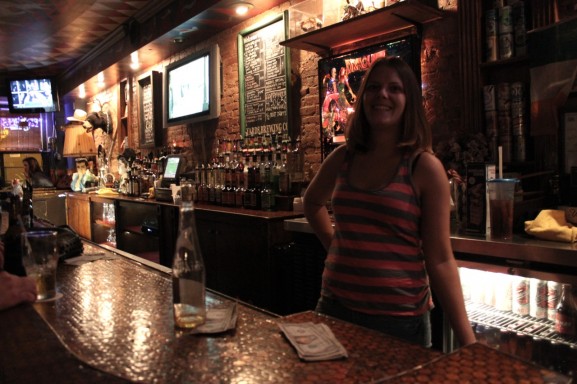 Among popular Girard Avenue spots like Sketch Burger, Kraftwork and Johnny Brenda’s, a patron can opt for the established Murph’s Bar on any weekday or weekend night. Keeping up with the Celtic/sports bar tradition, Philadelphians can enjoy their fair share of Kenzinger and Yards, poured by bartender Crystal Allen, who has been working at Murph’s for about 11 years.

Summer will bring in a fresh start to the Frankford area, as the Frankford Friends School will welcome in a new head of the school. It will be a major shift for both students and the newcomer, [Read More]

In a city where coffee shops and roasters trump nearly every other food service market, cafes continuously strive to stand out above the rest. For many of these businesses, tea may be the answer. Throughout [Read More]

On the bright sunny day of the 3rd Annual Fishtown Fishing Derby, AJ Thompson, president of the Friends of Penn Treaty Park, ran around the park, handing out fishing poles to kids who didn’t have [Read More]