As president of the Mantua Haverford Community Center, Richard Purdie is the heart of the neighborhood. He saw Mantua’s need for a reliable and safe place where children could get away from crime on the street and have a good meal.

As a founding member of the Concerned Citizens of Mantua, created 15 years ago, Purdie and the organization turned a building that caused extreme controversy into a second home for every child in the community — the Mantua Haverford Community Center.

“It was a big fight in the neighborhood,” Purdie said of the previous owners. “They wanted to put some programs here that the neighborhood didn’t want, so we chained the door and we wouldn’t let them in.” 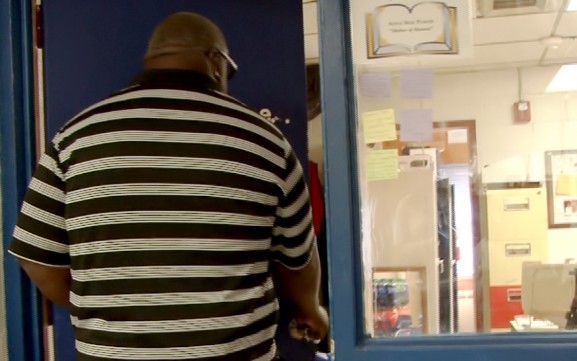 Purdie said the Concerned Citizens of Mantua sat down with the owners and the mayor to come up with a solution that ended in purchasing the site for the community’s need. But the former owners left no keys to the building, Purdie said.

So he broke into the building, drilling off the lock, in order to start the renovations. After establishing a nonprofit to run the center, Purdie tried to raise as much money as possible to help create and sustain the center, which often meant writing checks from his own account to pay the bills.

“A lot of guys from the electric company came out every Saturday to do some electric work and some plumbing work,” Purdie said, “and we just went from room to room until we got the whole building back together.” 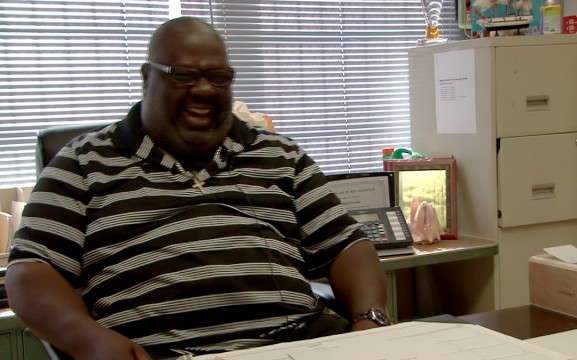 Realizing his love for the center, he quit his job at the electric company and now solely works at the center. He puts all his time and energy into the center for the benefit of the kids. Born and raised in Mantua, Purdie has a close relationship with the parents; he said they trust him to keep an eye on their children and have their best interests at heart.

“Most of these kids, all they need is food and a hug,” Purdie said.

Purdie is not a figurehead for the organization. He takes a very personal and direct approach with the kids. He disciplines them, yet they still come to him for help. Purdie’s approach garners respect from the staff and the kids at the center.

“I come to the center every week … because I have to go here after school because my mom works,” said student Alize Rouse. “Anytime I get here when I can’t eat, he’ll let me go eat something.”

Rouse said although Purdie suggests he eat lots of fruits and vegetables, he really lets them eat whatever they want, as long as they get a good meal. Purdie provides the nourishment for free, and the staff says this kind of trust and reliability is good for the kids. 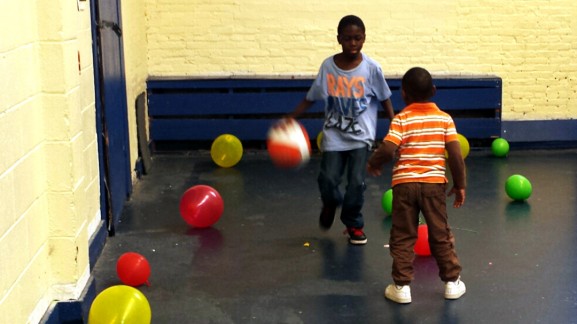 Maeloa J. Oglesby has only been working at the center for a little over a year, but she has worked in daycare for 33 years. After losing her last job when her employer retired, she called Purdie, having known him from the neighborhood, and he hired her immediately. She said the kids know Purdie has created a safe place for them.

“He is stern, you know, you have to be stern with the kids, but it is good,” said Oglesby. “They love him.” 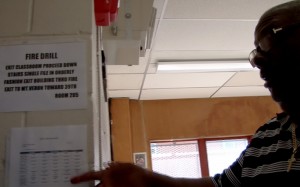 Purdie also has a relationship with the police. An officer comes through every day to give kids a sense of police presence.

Purdie wants to keep crime as far from the center as possible. He makes it clear to the neighborhood that this is not a place for crime. The building is adorned with drug-free signs and constant police patrol. Purdie will not let drug sales become a fixture on the corner of his street. He can often be seen sitting outside, telling familiar neighborhood faces to take their illegal business elsewhere.

“Nowhere on these four blocks are you allowed to do any of that. Been here 15 years and never had a problem yet,” Purdie said.  “I think it’s respect with everybody that makes it a success.”

“This is the biggest kept secret in West Philly now,” Purdie said. “Have everybody come take a look, you might like what you see when you come in there.”

Text, images and video by Alyssa Cassium and Darian Muka.

Port Richmond is a close knit community, known for its large Polish and Irish immigrant population. That said, there is plenty of diversity within the borders of the region. This diversity is seen throughout the community [continue reading…]

The Rev. Cynthia A. Jarvis has been the minister of the Presbyterian Church of Chestnut Hill since 1996. She has been a leader within her ministry changing the way people in Chestnut Hill view the [continue reading…]