The word weft refers to one of the two directions that go into the weaving of fabric. To Kurt Souder, 29, and Jennifer Burks, 28, Weft is their newly launched men’s sportswear fashion line.

“It speaks to our love of design. It’s also really fun to say,” Souder said.

Both currently living in southwest Philadelphia, Souder and Burks met at Moore College of Art & Design almost a decade earlier and found each other again after traveling and living elsewhere.

Through their extensive circle of friends, Weft was asked to be a part of Philly Fashion Week’s opening show, Luxury Menswear Runway Show, held Feb. 19 at the Ritz-Carlton.  Alongside ten notable menswear designers, Weft was certainly the newcomer to the ritzy affair.

“Being the zygotes that we are, we are definitely the newest company showing. I don’t think we’ve had time for nerves to kick in though,” Burks said almost 48 hours before the event.

Despite having traveled all over the globe, the two founders of Weft decided to launch it in Philadelphia this past October. Souder feels between the manageable overhead and lack of menswear in the city, it was the obvious place to start their line.

“We feel Philadelphia is a very welcoming city for fashion. We could have easily started in New York and been swallowed up,” Burks said.

Beneath a framed painting of a crotchety-looking judge, Burks and Souder sit across from one another, making intricately detailed t-shirts at a dining room table. Souder’s home, on the 1700 block of Ellsworth, is covered in fragments of fabric, bottles of paint and is blasting dance tunes to keep the two friends “jazzed” as they work.

Although Philadelphia fashion is sometimes classified as grungy, Souder believes all men appreciate clothing after wearing the right garments.

“You’re only as good as the ugliest sweater in your closet,” Souder said with a straight face.

Philly Fashion Week gave each designer models and fashion assistants to aid them during the event. The eight models that ran Weft’s menswear certainly felt secure in the looks they were to run through the Ritz-Carlton.

A two-year veteran to the runway scene, Mervinson Lopez, 24, was eager about the look he was assigned. 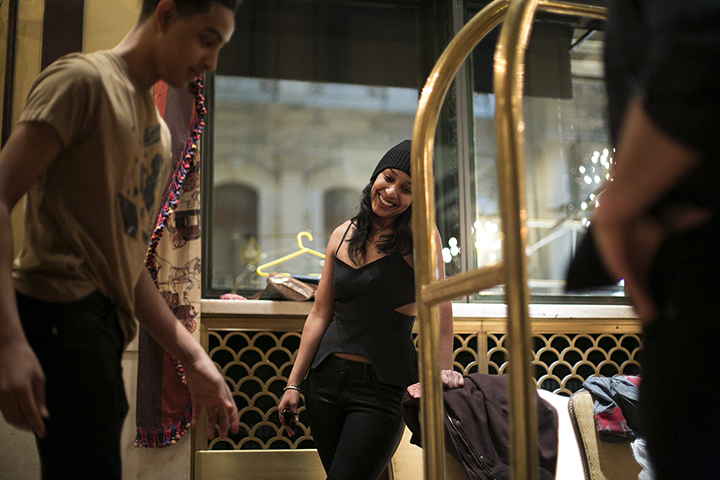 Burks watches Lopez get into his runway look.

“They just cater to men. Their five-pleat pant is cut so well, I’m excited to run it,” Lopez said.

After completing their first runway show as a team, Weft plans to continue a concentrated marketing effort to spread their name through Philadelphia. Souder and Burks expect promising things as a duo as they both have ingenuity pouring out of them.

“The tap is never going to dry with us,” Souder said. 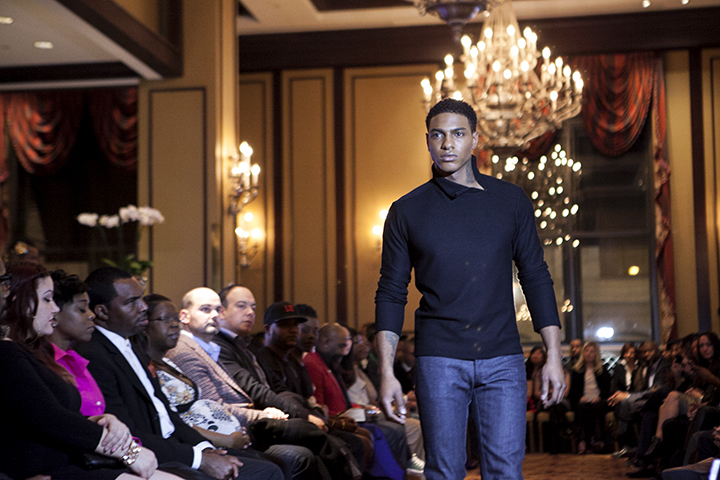 A look during Weft’s runway at the Luxury Menswear Runway Show.

– Text and images by Kate McCann.

Bridal fashion receives a fun, new twist at Lovely Bride, an Old City boutique that specializes in non-traditional gowns featuring indie designers from Etsy along with the classic names in the industry. Non-traditional in bridal [continue reading…]