Parents who chase their children through the playground after a heavy dose of rain know all about it.

“After a good day’s worth of rain, we know we’re going to be cleaning the mud off his sneakers later,” said Brooke Smith, shooting a motherly glance toward her son, Awesome.

Unfazed by pooling puddles from the previous day’s rain, the 4-year-old was enjoying a swing set with the type of enthusiasm you might expect from a boy named Awesome.

But just two days earlier, on Sept. 24, that area of the park was a topic of a community meeting at Shissler Recreation Center held by the Friends of Penn Treaty Park and Philadelphia Parks and Recreation.

It was the second such meeting since February and, for the second time, residents were presented with a plan to move the playground out of the park’s periodically flooded low ground while highlighting some of its most historic features.

Filling the Shissler Tiny Tots preschool classroom, residents unfolded chairs, squeezed in and surrounded the diagram for the $450,000 project laid out by the parks department’s landscape architect, Deborah Cahill.

“A safety surface could not be accommodated with all of the wetness,” Cahill told residents, motioning her finger around a red, circular area on the posterboard representing the existing equipment. “So that’s why we’re going to transform it and add new play equipment at a new location.” 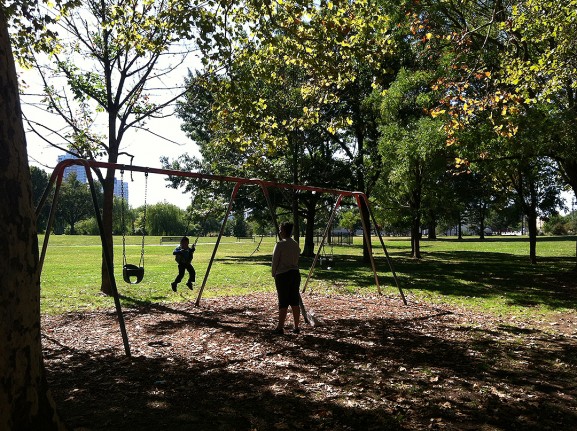 The new playground would be built west of the current site, in a spot currently occupied by the park’s historic obelisk, a monument honoring the namesake of the park — a peace treaty signed between William Penn and the Lenape Turtle Clan Indians in 1682.

The renovations will bring the playground out of the wet ground while moving it closer to the entrance and parking lot.

Woodland-themed play equipment will be purchased, while a 2-foot-tall turtle sculpture will be added to the mix. The piece was requested by community members due to the park’s ties to the Lenapes.

Stephanie Craighead, director of planning for the parks department, said funding is just about completed and construction should begin in the spring for a projected fall completion date.

The new location was an area of concern at the initial unveiling of the park’s facelift in February.

Residents questioned whether it was necessary to remove six large trees, which were obstructing what would have been a 32-foot-long swing set.

Cahill said the new plan allowed for the trees to be saved. However one, which is believed to be diseased at its base, will be examined by an arborist prior to construction to determine its health. 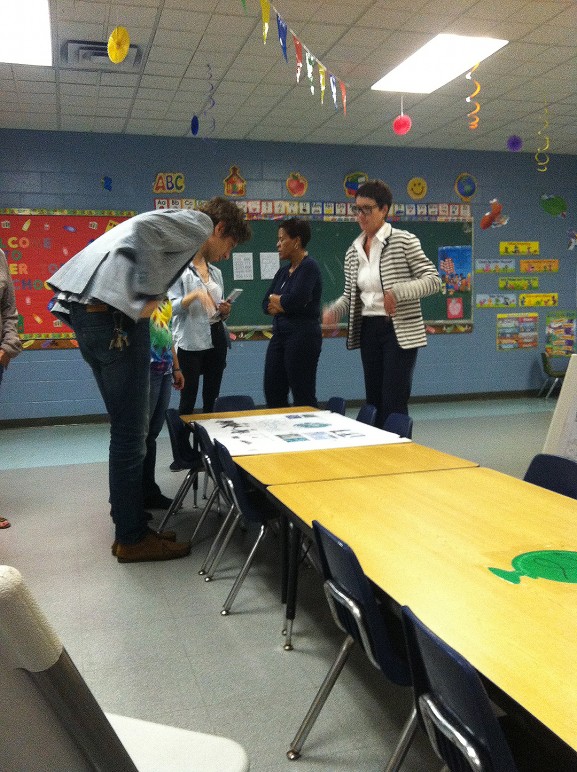 Text and images by Joe Dolinsky

https://vimeo.com/60853126] The Comedy Cabaret has been serving up laughs in the Northeast since the ’80s and helping aspiring comics get their feet wet. The club, located inside the Ramada Inn at 11580 Roosevelt Blvd., features shows every Friday [continue reading…]

Debbie Anday started Stash Spot in March to hopefully solve an issue that has become more common since the start of the pandemic: people stealing unattended packages from resident’s porches and stoops. These so-called “porch pirates” are rarely caught, but frustrate residents regardless.  [continue reading…]