In Northwest Philadelphia, a large and stately secondary school sits vacant, a Property for Sale sign on the front lawn where youth once dotted the landscape. A shopping cart with multicolored garment and trash bags is parked close to the steps. For one person experiencing homelessness and possibly a private interest company in the near future, Germantown High School is what some of us Philadelphians would call a “come up.” With several yards of rectangular plotted lawn placing the historic building yards away from the street, the school affords its current guest an envious vantage point. Both cart and belongings are sheltered from the view of onlookers who walk by Germantown Avenue and High Streets. 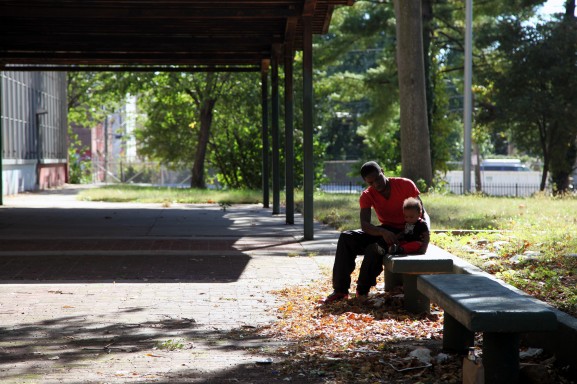 A lean 21-year-old with an easy smile eyes the building, now a remnant of history as one of the oldest high schools in the nation. Tucked into his right arm is a plump, alert baby. As Kevin Perkins Sr. glances a quick, knowing look at Germantown High School, secrets known only to the pupils who inhabited it flash quickly in his eyes. For his sophomore and junior years, this building was his home away from home. Every school day, Perkins would anticipate culinary class and Mock Trial practice, his favorite extracurricular activity. But before Kevin’s expected graduation date and Germantown High School’s 100 year anniversary, he received news that his high school would be closing.

“I remember finding out through the internet and from talking with my peers. Nothing official was told to us from the school administration. It was a surprise,” said Perkins.

Councilwoman Cindy Bass was also surprised to learn of Germantown High School closing, “We tried to rally against the closure. We knew the school had issues. It had grade problems, we’ve known that. But we were trying to make it better. They deserved better. We felt upset, cheated and disrespected.”

“We went in and talked to the students. We supported [the other option] attending Martin Luther King Jr. High School. We try to influence the parents to push for them and encourage youth to get their education. We want to keep them encouraged because we really do care,” said Bass.

Like many young people who attended any of 8 School District of Philadelphia high schools to close their doors in 2013, Perkins had to consider his options and make a life decision that would set the pace for his future.

Less than half of 20-24 year olds without a high school degree in Philadelphia are employed. The decision would soon have immediate consequences for Perkins and a growing family that would include Kevin Perkins Jr. 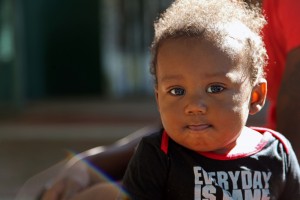 “I was out of school for some time. I know people who went to King [High School] and some who just went home and never came back. I was sitting at home, doing nothing, doing some things I shouldn’t and if it was not for my son I might not have become focused on school again,” said Perkins.

Perkins applied and was accepted to YouthBuild Philadelphia Charter High School, a hybrid academic and vocational, diploma-granting program for out of school youth between 18-20 years old. More importantly, the school is a place of hope, an opportunity for students who our education system has underserved to reclaim their education.

“There are many reasons why youth choose to not continue school. Pregnancy, issues with peers at their school, bullying, even school closings… My advice for a student who has dropped out is don’t give up, look for resources. There are great programs where you can earn your high school diploma, GED and skills for the workforce. For 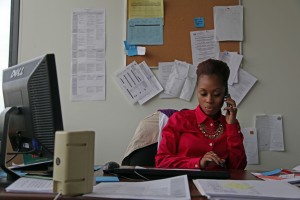 parents, it’s important to fight for your child. Education is critical to their future and they need to see that you take an active interest in it,” said Nakeesha Moore, Healthcare Coordinator at YouthBuild.

Although being forced to relocate from his neighborhood school changed his life, Perkins is happy that he attended YouthBuild. The school sharpened his resilience, sparked an interest in the healthcare field and contributed to his goal of becoming a doctor. The Nicetown resident is currently taking courses at Community College of Philadelphia with plans of becoming a Certified Nursing Assistant and eventually transferring into Temple University.

One year after Germantown High School’s final graduating class completed their commencement exercises and the community still is unsure of what is in store for the building’s future. The Philadelphia Economic Development Corporation site has listed Germantown High School at $3.3 million. Residents still desire to see the facility utilized for the betterment of youth in the area, specifically those who would have benefitted from the school staying open. Those noticing the education gap and bleak opportunities for high school dropouts are hopeful that the space will become a new school or work training program.

“There is definitely something missing here. Germantown has a history. Many of the kids who went here had parents, grandparents and even great grandparents that went to Germantown High. It was a tradition of generations and legacies. It is unfortunate they were denied that,” said Bass. 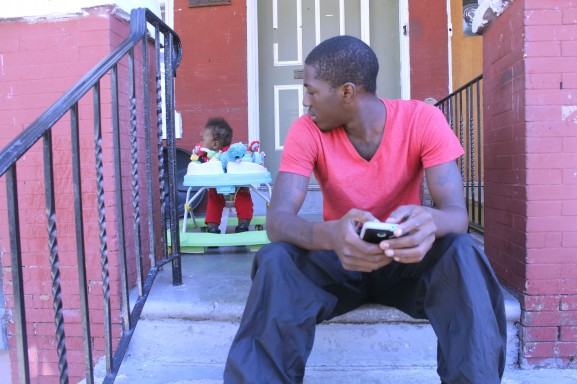 – Text, Images and video by Kelsey Dubinsky and Gabrielle Clark.

Located at 47 E. Haines St., the Janes Memorial United Methodist Church sits nearby  Germantown High School and across the street from Robert Fulton Elementary School, both of which will be closed by September. Janes [continue reading…]