There is a party going on in Philadelphia that is unlike any other. Get Lucid, the self-proclaimed activist dance party, is a unique blend of musicians, writers, visual artists and performers that gather together in an effort to raise awareness and support for a variety of political, social and environmental issues.

The live events, which have helped to gain attention for groups like Women Against Abuse, Hollaback Philly and The Attic Youth Center (video below), were the brainchild of Get Lucid co-creators, Peter Milos McCarthy and Miguel Huerta (above). Inspired by their involvement in the Occupy Philly Movement and the work of DreamActivist, an undocumented immigrant rights group, the duo held the first Get Lucid event in the beginning of 2012 at the Medusa Lounge.

“Shortly after the Occupy Movement had been evicted from Dilworth Plaza, we were trying to throw a party with that community,” McCarthy said.

After the success of the first event, the parties soon outgrew the space at Medusa. So, in February of 2013, Get Lucid found its new home at Underground Arts, where McCarthy works in the marketing department. 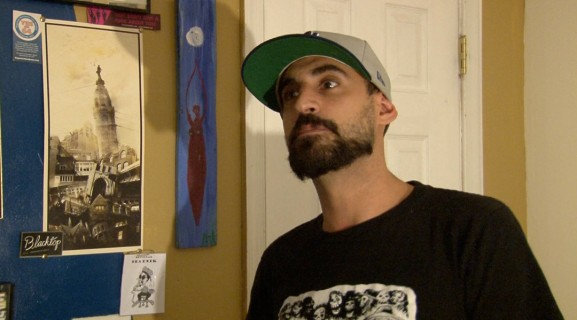 “The fact that with every show [Get Lucid] raises money for a particular group is amazing” said Richard “N.A. Poe” Tamaccio (above) at a Get Lucid meet and greet event. Tamaccio is a member of the comedy and activist group, The Panic Hour, which strives to legalize marijuana.

From its modest beginnings, Get Lucid has grown into a regularly contributing team of about 15 people and a network of artists, musicians, social activists and nonprofit groups throughout the city. Working mostly by word-of-mouth, the concept of Get Lucid has breached the boundaries of Philadelphia and has spread into places like Baltimore and Washington, D.C. In its latest project, Huerta headed the Move Mountains Project in San Luis, Colorado. The month-long project involved young professionals and community leaders. They aimed to inspire local-area youth to become active members of their community using “art, science, entrepreneurial skills and a focus on local and global social justice issues” according to a post on the Get Lucid website.

As for how far the idea behind Get Lucid will go, McCarthy and Huerta are unsure but the momentum of the project is clear. 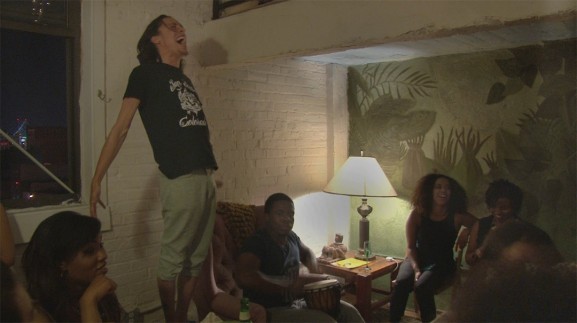 “Something we were not even thinking about came from a band from Brooklyn that Pete connected to and invited to play our last event. They were inspired by the concept of Get Lucid and decided that they wanted to help us to do that in New York [City]” Huerta said.

– Text and images by Christopher Wirth.

The Cunningham Piano Company donated a digital organ for the Papal services that concluded yesterday with Pope Francis leading a mass on the Benjamin Franklin Parkway.  “I’m a musician, and, of course, I’m a business [Read More]

Olney: This Week In The News — Neighborhood History, Grant To Fund African American Art And More

In case you missed it, we found a few places where people were talking about things happening in Olney: A History Minute: Neighborhood Beginnings – Olney: The Free Library published a post with an overview [Read More]