A T-shirt that reads, “single with cats,” is one of the first things a customer see when they walk into Knack Philadelphia. That and a tote bag that states, “cats are my bag.” 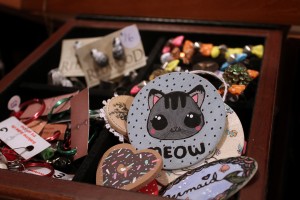 “I have two cats,” said Jen Pirrone, owner of Knack Philadelphia. “Everyone who shops here loves cats, I think pretty much everyone loves cats.”

Knack Philadelphia, a quirky and vibrant shop at 1726 East Passyunk Ave., focuses on Philadelphia-made products. Pirrone stresses that all of the products have to be made by people from Philadelphia or the immediate area. 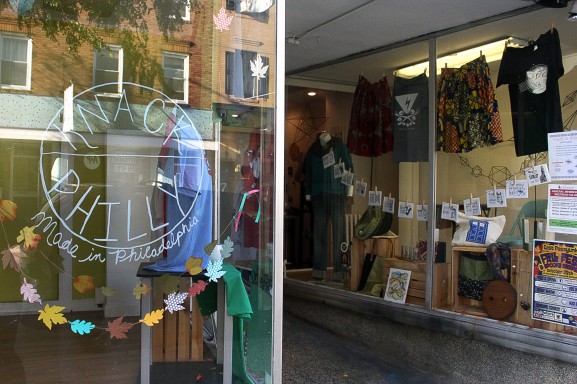 Pirrone, who grew up in Northeast Philadelphia, has always been creative at heart.

“I was the kid who would cut up paper, fabric and plastic toys and just carry all of that stuff around with me so I could make collages,” Pirrone said. “As a kid I went through a phase where I wanted to make everything in my bedroom. I would have pictures hanging from thee ceiling from all kinds of things like clothes pins and paper clips.”

Pirrone graduated from Northeast High School, one of the most diverse schools in the country. Her upbringing in an environment like that made her aware and accepting of different cultures. But like any other kid, Pirrone was ready to leave the place she grew up.

She attended Arcadia University, just outside the city but in a far different setting. She studied business as an undergraduate and then earned an MBA in international business.

Pirrone didn’t move back to Philadelphia until 2009 and she was amazed by the changes. 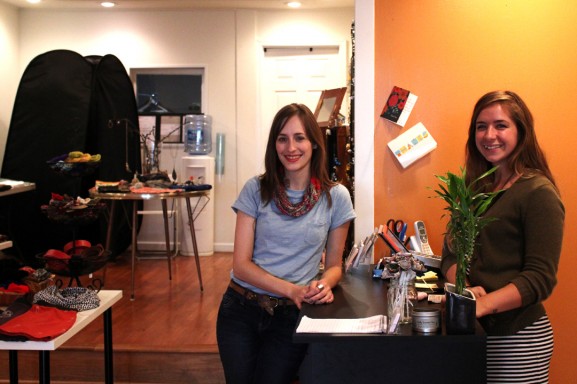 Pirrone had wanted to create her own shop since 2006 or 2007. She started to realize that she could actually open her own shop after recognizing that her new circle of friends were all very creative.

After taking a few years to come up with funding and a good strategy – and complete her MBA, she opened Knack Philadelphia in 2013.

Currently, Knack Philaelphia only has one other employee, Stephanie Cottingham (pictured above with Pirrone). Cottingham was walking down the street when she decided to come in and apply after seeing that Knack had opened.

“Jen always asks for my opinion,” Cottingham said. “Even if she doesn’t take it, you’re more involved.” 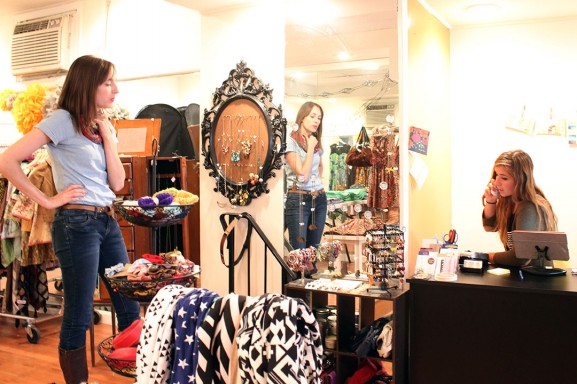 It wasn’t until her mid-20’s that Pirrone started to take craft classes. After making homemade jewelry by stringing along beads, she wanted to push herself to try something new. Pirrone found a new niche – jewelry making – while taking metal working classes.

Since she owns her own shop, Pirrone sells her custom jewelry in the shop. It fits in, thanks to the heavy focus on clothing, jewelry and accessories.

“The jewelry is always really good,” said Camille Escobedo, a customer who has been returning to the store since it opened. “I love that they are handmade. It’s always important to support the artistic community in Philly. I love to shop locally as much as I can, all the time.” 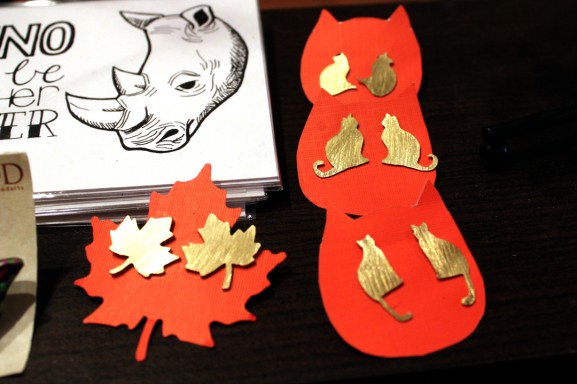 Escobedo remembers the store being set up before opening. As soon as Knack Philadelphia opened, she came inside to check it out. She’s seen the evolution of the shop since then – when it was first opened, it featured a lot more toys. The store has now gotten in a lot of unique clothing.

Erin Caywood, a newcomer to Philadelphia, tries to come back as much as possible.

Kelli Mandruk, the owner of a neighboring business called Hip & Thrifty, is excited by the local Philly scene on East Passyunk.

“We have a lot of independent shops like that,” she said. “We’re all keeping business local and helping out the economy here.” 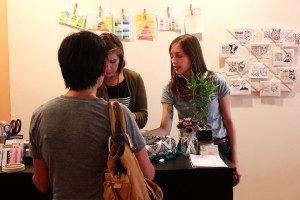 Pirrone, who resides in Fishtown, is excited about being a bigger part in the Philadelphia community with her local shop.

“I love the freedom,” Pirrone said. “I can make my own schedule, move around the displays. It’s great to meet all the creative people here, whether they are the customers or people selling. I have a good support system and I know I couldn’t do it on my own.”

–Text, video and images by Chelsea Finn and Monica Miller.

Michelle Dewey is from Wilmington, Delaware. She makes the drive into Philadelphia everyday and hopefully, depending on traffic, it will only take her around 30 minutes. It’s a blistering hot Sunday afternoon when she arrives [Read More]

Christ Church South Philly has impacted its Pennsport church community, emphasizing to its congregation the importance of love, family and praising Jesus Christ. The church began when its pastor, Jeff Boettcher (pictured below), wanted to [Read More]