Cheesesteaks, “youse guys” and boxing may not be out of Philadelphia’s culture quite yet but that doesn’t mean they couldn’t eventually be on the brink of extinction.

Maybe not but they are being pushed to the side. 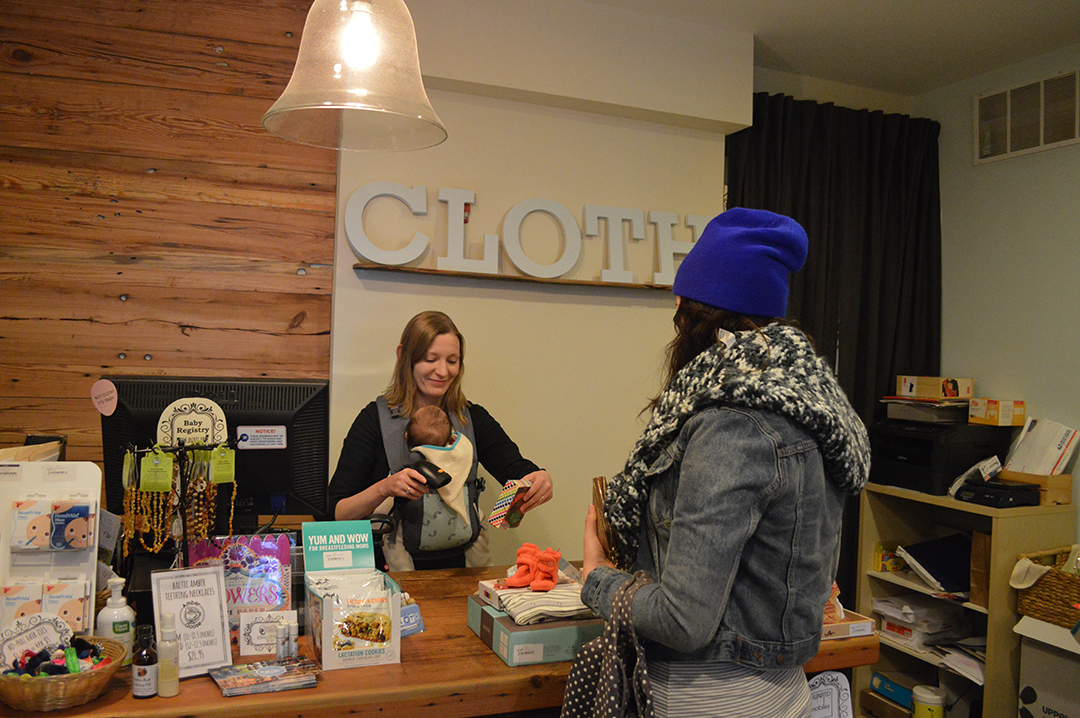 East Passyunk has become a family-friendly neighborhood. Angela Shaw-Halperin (above), the owner of the baby boutique Cloth, moved to East Passyunk less than a decade ago.

“To move on a little South Philly street around the corner from East Passyunk,” Shaw-Halperin said. “A neighbor brought a lunch over while him [Shaw-Halperin’s husband] was working on the house. People were knocking on the door to introduce themselves. We were invited to a holiday party on our block. It was so nice.”

That niceness of a strong community led to Shaw-Halperin starting a family and building her own business on East Passyunk.

Francis Ertl, the manager and head mechanic at Bell’s Bike Shop (below) has seen why the area has been drawing in families but also sees it as a place for the younger, millennial crowd.

“It’s very eclectic,” Ertl said. “It feels old school. There are older families but also new businesses, especially around here right on the avenue. It’s a different vibe than other places in the city where I’ve lived. But there’s definitely been an influx in millennials. That I’ve noticed.”

The vibe that Ertl has noticed is that East Passyunk offers a variety of things to do in a seemingly safe area. The neighborhood is attracting parents, older Philadelphia residents, college graduates and even students.

The neighborhood is a tight knit community. Ertl has seen that the community watches each other’s backs more so than other Philadelphia neighborhoods. 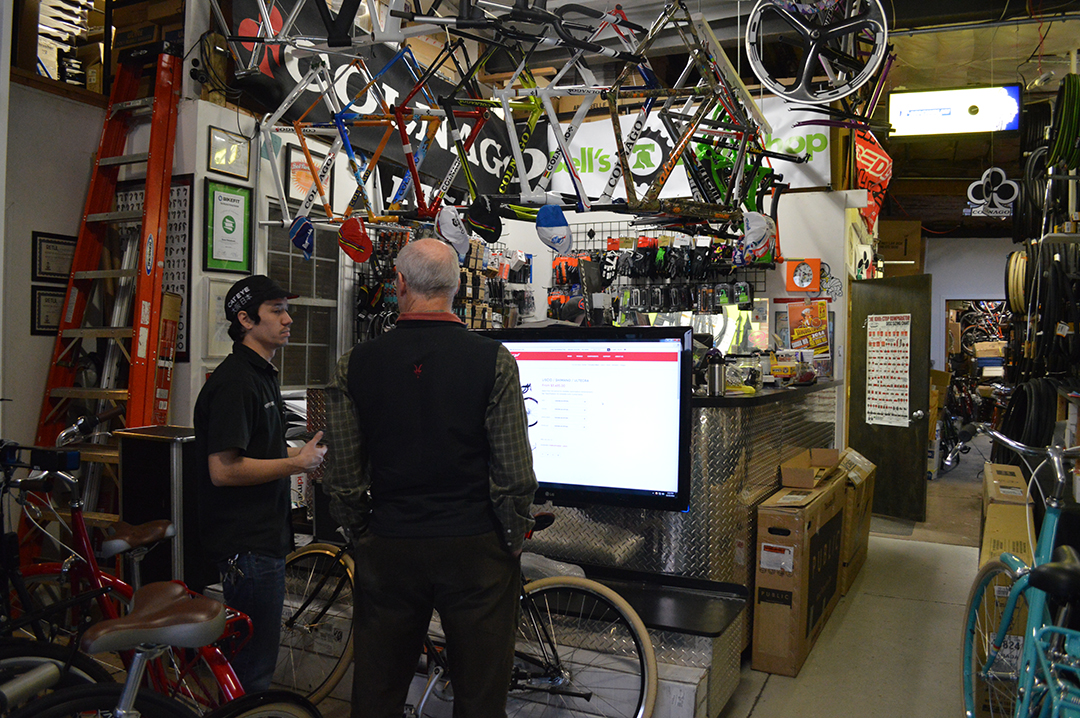 Anthony Glassman (below), the co-owner of South Philly Comics, feels confident that the avenue is a safe neighborhood, especially for Philadelphia.

“I hear almost nothing of any kind of violent crime in the East Passyunk area,” Glassman said. “You would have to go further afield and blocks and blocks away to get reports of people getting jumped or something.”

In fact, Philadelphia’s crime map on the Philadelphia Police website showed that within the last six months, more than three quarters of the reported crimes from the East Passyunk area seem to have been petty thefts. 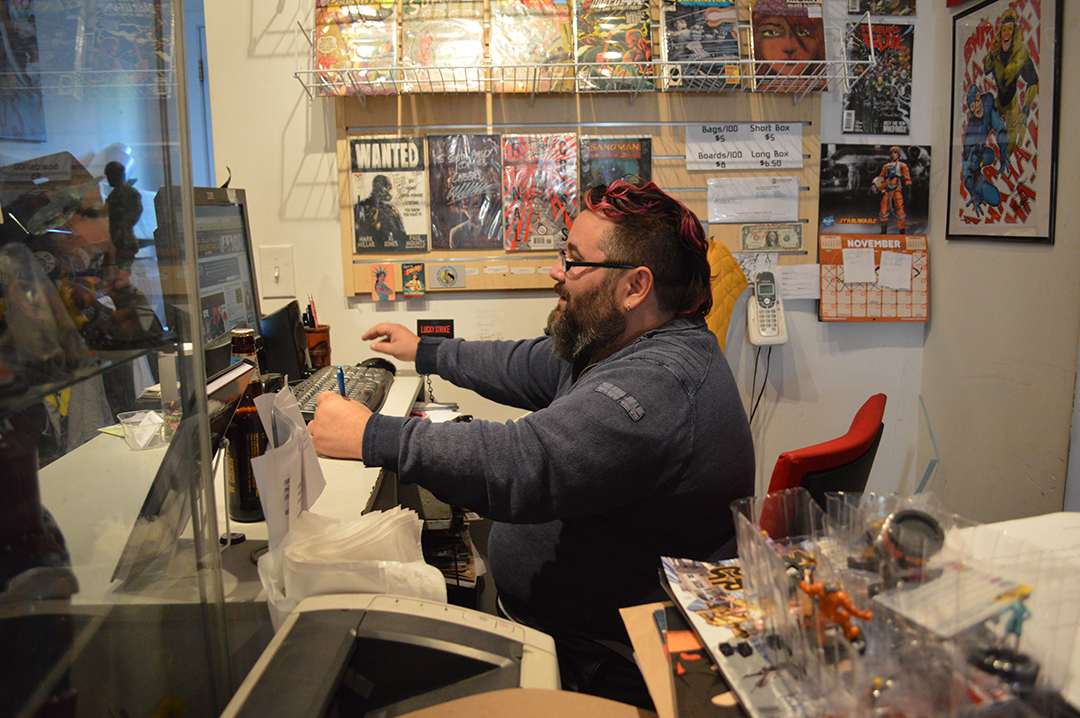 As a South Philadelphia resident, Glassman is convinced that the area is only going to improve.

“It was already up and coming when I moved here, and it has just gotten better,” Glassman said. “You know, there’s nicer restaurants, more stores. We’re losing some of the original stores that I thought were fun and could make a go of it. But it’s getting nicer and nicer.”

As the area continues to grow. Original stores are being pushed out and being replaced by new ones. In early 2014, Frankie’s clothing boutique announced that they would be closing and a new business took their spot immediately after closing. Sammi’s Shoebox was another notable business that closed down, noted Glassman. The business was located on East Passyunk for more than 75 years when their doors were closed this year.

Ertl called East Passyunk eclectic for a reason. On the avenue there is an assortment of coffee shops, juice bars, gyms, children boutiques, jewelry stores, knit-specialty shops, art galleries, bike shops, day cares, vintage shops, florists, men “boutiques,” bakeries, pet stores, bars, a scooter shop and restaurants that have any kind of food you will ever need from Indian, to Italian, to Mexican. All of this is mostly between the 1300 block of Passyunk to the 2000 block of Passyunk with more shops on surrounding blocks. 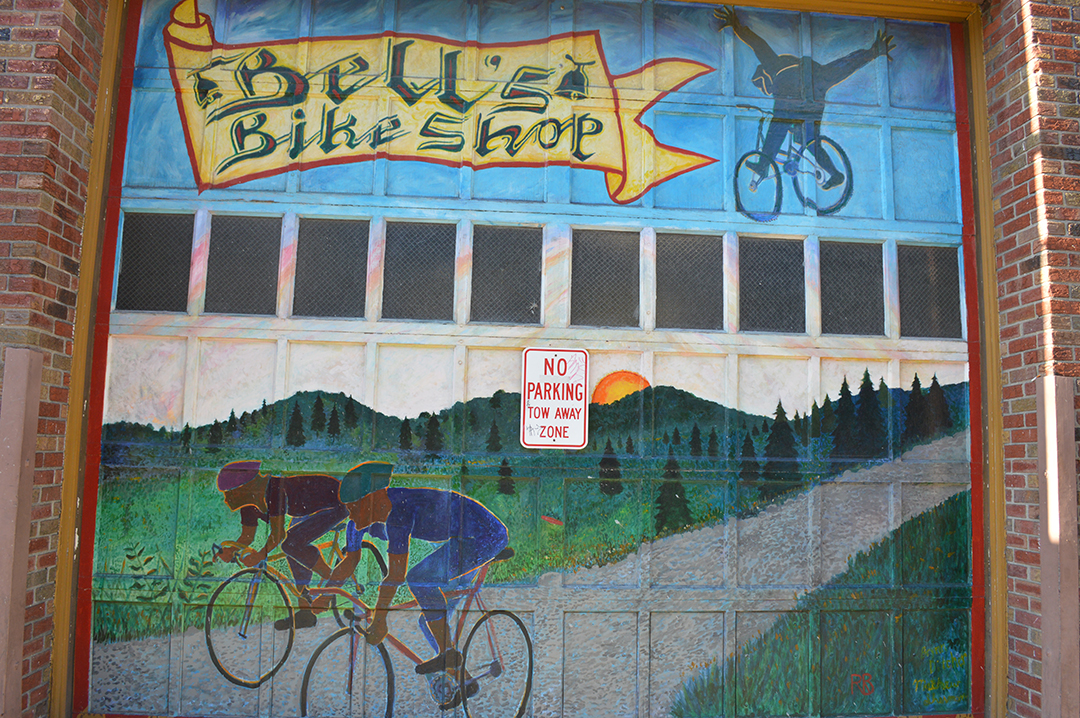 The vast amount of growing industries and shops on East Passyunk is what is drawing in every type of crowd. There is something for everybody in a safe and affordable area.

“I actually moved down here to come to Temple as a student,” Glassman said. “This was a cheap place to go.”

Despite the change and growth of East Passyunk, the area retains a strong sense of community, with neighbors watching out for one another. Also, it’s eclectic-ness is just in a new form. It has taken the shape of quirky, homemade shops and themed restaurants.

Shaw-Halperin is only excited for more change for East Passyunk.

“We have seen so much change in only seven years,” Shaw-Halperin said. “Seven years ago, it was nice. We felt great about moving into the neighborhood but we could not have predicted the change that would happen in this amount of time. Just with what’s happening around the fountain, all the restaurants that have come around. The change has been good.”

Whether you’re a student looking for a cheap place to rent, somebody who is ready to retire, a new business owner or somebody ready to start a family, East Passyunk could be the right fit for you.

East Passyunk: Stepping Back to a Simpler Time