What started as a simple idea to play baseball in the fall with a wooden bat has become a hit in Northeast Philadelphia. And it will return next fall, and maybe even sooner.

Academy Sabres vice president and athletic director Scott Dreibelbis decided to start the Fall Wooden Bat Lumber League when his son, Jack, said he wanted to play baseball in the fall. Amateur baseball leagues that use wooden bats primarily play in the summer.

Whether or not to use wooden or aluminum bats in games has been debated since metal bats were first introduced in the ‘70s. Major League Baseball players are required to only use wooden bats but at the college, high school and little league levels, players overwhelmingly use metal bats.

Aluminum bats inflate batting averages, which is why MLB does not use them. Because the bats are lighter than wooden bats, they can be swung faster, which leads to differences in player performances.

“We actually played a tournament in Montgomery County and they [other team] used the composite two-piece bats,” Dreibelbis explained. “I saw kids that live, eat, and sleep baseball every day of their life come to the coaches and say ‘I don’t wanna play,’ because it wasn’t an even playing ground.” 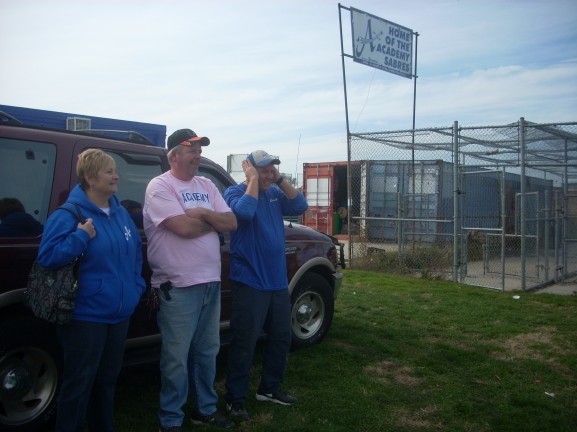 Durability is another reason why metal bats are preferred by many. Aluminum bats are obviously much more durable than a wood bat. They may dent but do not break easily and therefore, they do not need to be replaced as often.

However, players who have dreams of making it to the majors will have to transition and get used to a wood bat at some point.

Metal bats are also considered by some to be unsafe. Since the ball comes off the bat so much quicker than off a wooden bat, pitchers have less time to react, which could have catastrophic results.

The National Collegiate Athletic Association recognized this and has changed its requirements for such bats. All metal and composite bats used in competition must now meet the Bat-Ball Coefficient Of Restitution standards. That means that, according to NCAA rules, any non-wood bat must pass BBCOR protocol or will not be approved for game use. The test is aimed to have metal bats be more like wooden bats and reduce the “trampoline effect” when the ball is hit off a bat. Approved bats are required to display the NCAA certification mark signifying compliance with the bat performance standard to be allowed in regular and post-season competition. 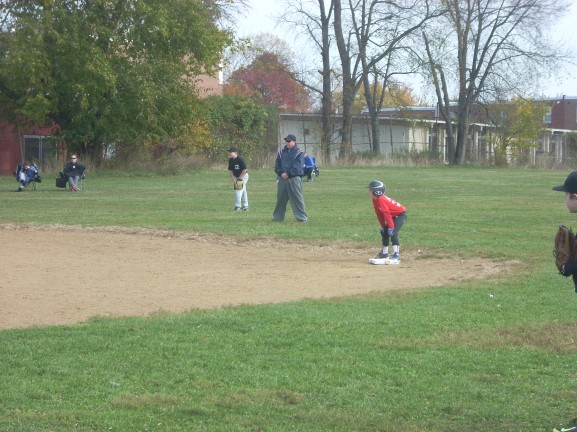 The two teams with the best records Parkwood (8-0) and Loco Tacos (6-2), met in the Championship Game to wrap up the season. In a close game, Parkwood defeated Loco Tacos 7-6.

This season was an experiment. But the parents and children have both been really receptive to the league, said Sabres treasurer Margie Caputo.

“We want this to carry over to next fall absolutely but we’re actually gonna try to hopefully expand and offer it this spring,” Dreibelbis said. “We’re gonna throw out the feelers and see if we can get what’s called The Far Northeast Wood Bat League. If we can get enough teams that wanna play, we’ll try to continue it through the spring to give everybody the option to play as much baseball as they can.”

Although most schools and communities offer youth recreational sports, not every person chooses to participate as a youngster. Often times, gyms and high intensity sport clubs can potentially intimidate an individual that has zero or [continue reading…]

https://vimeo.com/40173364] On Jan. 26, Councilman Curtis Jones, D-4th, formally introduced a bill, No. 120017, that would legalize the bandit signs that have been littering the streets and creating blight in the neighborhoods. The bill was [continue reading…]