While on the surface the garden appears to be a place solely for learning, Urbanstead Program Director Lisa Gaidanowicz explained that this oasis is in fact a line of defense in the war against crime. 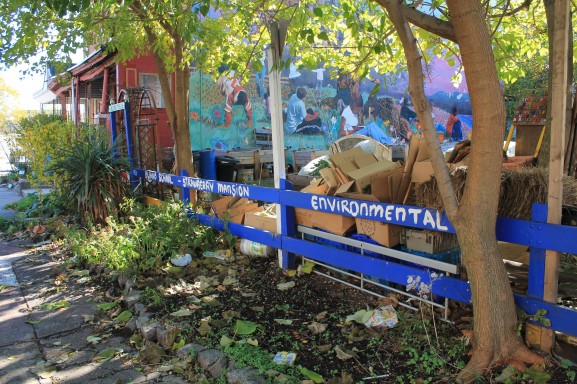 Children are consistently surrounded by violence, and Gaidanowicz explained that the garden has the potential to shield them.

“These kids are facing things that soldiers have had to face. They are living in a dangerous system,” she said. “I have been working with the vulnerable youth in Philadelphia for about six years, and I have lost six students to violence.” 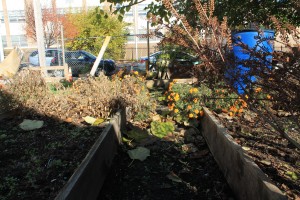 A study from the Perelman School of Medicine at the University of Pennsylvania found that those living near green spaces often felt safer in their communities. Gaidanowicz believes that this same concept applies to the children within the garden.

“They can just be themselves and not have to worry about all that armor and fear. They let go of that fear because they know they’re safe. It’s huge,” she said. “So it’s more than just the food. It’s creating a safe place for kids to be kids.”

The children’s teacher, Atuwfa Muhammad, said that her class views the garden as a calming place.

“They feel very at ease  and that are willing to jump right in and help,” she said.

Rasheen Hill, 12, a student in the class, described the garden as his place for discovery, a place that he loves.

His classmate, Travis Green, 12, had spent that Friday discovering the beauty of bugs.

“We looked at the leaves and there was creatures on it,” he exclaimed.

“It’s going to create healthier communities and safe communities in the long run. So it’s much bigger than just getting a good diet,” Gaidanowicz said with a smile. “It touches all aspects about development.”

Already well-known for their hoagies, Philadelphia is about to get a new twist on the old classic. Nicole Marie and Justin Sapolsky are the co-founders of Matt & Marie’s Modern Italian Sandwiches, a forthcoming eat-in [Read More]

https://vimeo.com/74747258] Fresh off of the heels of the success of PennApps in early September, engineers at the University of Pennsylvania were at it again with PennHacks less than two weeks later. Where PennApps focused on creating software, [Read More]

Gamification, a relatively new term, has become a topic of much discussion when it comes to the meaning of the word and its existence outside of video games. This idea of gamification is loosely defined [Read More]