Even though Bob and Mary Matcovich were expecting to welcome their third child in 1994, their son Christian’s birth still managed to be a shock – because it came three months early.

Premature is considered as a baby born at least three weeks before its due date, according to the Centers for Disease Control.

Early babies have much higher risks than full term infants, including intellectual disabilities, breathing or respiratory problems, as well as vision, hearing and digestive issues stemming from their underdevelopment. 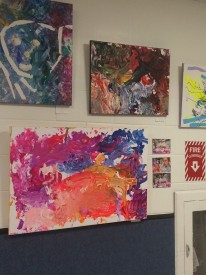 At eight days old, Christian was taken into surgery for a distended stomach. The doctors believed that his large intestine was shutting down. Everything changed in a matter of moments, when the baby had a heart attack on the operating table. The doctors told his parents he was without oxygen for a full four minutes. That is how they believe he developed cerebral palsy.

Cerebral palsy is a neurological disorder in which some part or parts of the brain have been damaged. And although cerebral palsy has a number of causes, one of the main triggers is lack of oxygen to the brain, the CDC reported. Heart and blood flow problems to the brain are also contributing factors.

Although Christian’s doctors and parents didn’t know about his disability right away, it became clear as he got older.

“He started developing, and didn’t hit specific baby marks when he was supposed to for the first couple of months,” said Bob Matcovich. “I would say that when we reached about a year and things were severely behind, that’s when we all figured out that the diagnosis was cerebral palsy.”

After the initial anger and questioning subsided, the family decided to learn everything they could about the disability and how it would affect Christian in the long run.

Christian started out his education in public school and was in classes with other children with disabilities until he reached fourth grade. After hearing about HMS School in Cedar Park from the parents of another child with cerebral palsy, the Matcovich family decided to transfer their son. While previous teachers had underestimated Christian and his abilities, his father said that HMS did exactly the opposite. 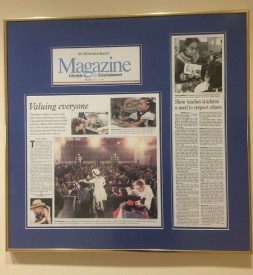 “It was important for him to be challenged,” Matcovich explained. “We were looking for a dynamic place that would push him to achieve as great a life experience as possible, and I think we found that here.”

Since coming to the school, Christian has advanced in all aspects. With the new assistive technology, he has had the opportunity to better communicate. His father said that devices were incredibly hard to get a hold of until they did so through HMS. He has developed friendships with students, as well as bonds with staff members.

Christian’s teacher Kevin Rafferty noted how much he had improved since he first transitioned to the school.

Christian said that among other things like nature walks, sports and live theater, he enjoys his time spent at HMS.

“The staff at my school are important to me in that they help me to improve my ability to use these technologies,” the 20-year-old said through an assistive device.

“We get up in the morning, and I say, ‘Are you ready to go to school?’ and he gets a big smile on his face. So, if he could go to school seven days a week, I think he would,” Matcovich said. 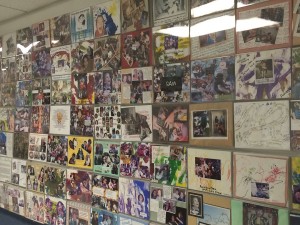 With the help of his teacher and family, Christian was recently able to achieve his goal of becoming an Eagle Scout, like his two older brothers. He has received a community merit badge and especially prides himself on being able to represent people with disabilities in the Boy Scouts of America organization.

Throughout Christian’s life, there have been obstacles he has overcome with the help of his support system. His parents said the one thing people should take away from Christian’s story is that everyone should be given the chance to strive.

“Do not limit your children,” Matcovich said. “You have no idea what they’re going to do or what they can be, until you ask them and challenge them.”

– Text, images and video by Courtney Burrell and Shauna Cottle

Folk Arts-Cultural Treasures Charter School is an anchor in the North Chinatown/ Loft District. The school, which is located on Callowhill Street near 10th, has helped to establish the area as a neighborhood and strengthens the identity [continue reading…]

More than 200 volunteers came out this weekend to Olney Charter High School to clean and paint the school’s greenhouse and classrooms, and work on the baseball field. As part of Comcast’s 11th Annual Comcast [continue reading…]

Amateur Muay Thai fighters and partners Kate Allen and Charlie Cottone envisioned a Muay Thai kickboxing gym where people from all walks of life are welcomed without discrimination or intimidation of fear. On March 2, [continue reading…]