When it comes to education for children with disabilities, there is often a struggle finding the appropriate school for individual needs. The HMS School for Children with Cerebral Palsy, located on Baltimore Avenue in Cedar Park, has given those affected by cerebral palsy a place to learn and thrive since the 1950s.

Cerebral palsy is a neurological disability that can affect people in many different ways. Cases range from mild to severe, and the effects can include spasticity, as well as varying degrees of brain and muscle function. It commonly goes hand-in-hand with other medical issues, such as seizures.

Cerebral palsy can be developed prior to birth or at birth, and is especially common in babies that are born premature. Approximately one in every 323 children has the disability, which is the most common motor disability among children, according to the Centers for Disease Control. 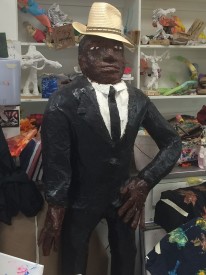 “Special education programs are guaranteed by such laws as the Americans with Disabilities Act, the Rehabilitation Act of 1973, and the Individuals with Disabilities Education Act,” according to the website CerebralPalsy.org. “Though individual programs can vary by state, federal law specifies that all special needs students must be provided a Free Appropriate Public Education, from preschool through age 21.”

Since HMS transitioned from a school for children with polio to a school for children with cerebral palsy, it has given students from Philadelphia, the suburbs and even some surrounding states, the opportunity to benefit from individualized education plans, access to state of the art assistive technology for communication, as well as assistance and guidance from an extensive staff.

One of the students, 20-year-old Christian Matcovich, has attended the school for several years. He has progressed overall with the help of his teacher Kevin Rafferty, and has even run for office in elections held at the school. His family had high praise for HMS, and how much the institution has done for their son.

Executive Director Diane Gallagher said the relatively small population of the school has been a big benefit to the success.

“Most schools have far more than 58 students enrolled, which is what we have right now. But what that allows us to do is really individualize our program far more than a school that’s really much larger, and we make our program work for the kids who are here,” Gallagher said. “We’re also really narrow in our focus. We don’t work with students who have a wide range of disabilities. We really focus on those children who have significant motor disabilities and impairments that we can help them to overcome.” 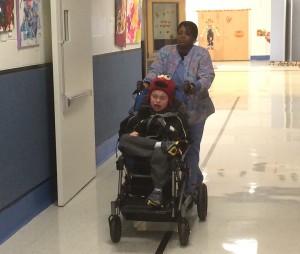 In order to accommodate the varying needs of all students, the staff at HMS includes teachers, occupational therapists, physical therapists, speech therapists and nurses who are available at all times. When they aren’t in therapy, the kids often participate in dance and music classes, as well as art class with teacher Eiko Fan.

Speech language pathologist and clinical feeding specialist Marianne Gellert-Jones explained that while speech therapy plans are individualized depending on the abilities of the child, they also coordinate with how the child is fed. Some of the students are fed via tubes administered by nurses, while some are fed orally by the speech therapists. 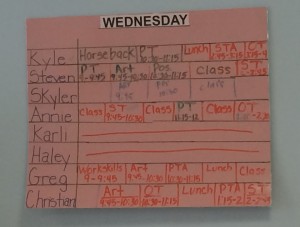 “Speech therapy at HMS covers a lot of different areas,” explained Gellert-Jones. “It covers communication, so whether the child is a verbal communicator or they use some form of assistive technology, we work on that. Then it also covers things like feeding, working on swallowing and managing your secretions, and breathing.”

As for the physical and occupational therapy, coordinator Barri Alexander said though many concepts are general, some also have to be tailored to fit the abilities of the specific student.

“Physical therapy works on motor skill for the children, so mostly gross motor, but some refined movement. Many of our kids have muscle spasticity that inhibits their typical movement. Some children have very low muscle tone, so we work on finding just the right balance of muscle movements,” explained Alexander. “Occupational therapy in general looks at occupation – what kind of work people could do, not even necessarily for pay. So we look at our students and say, ‘OK, what’s their job like?’”

“If [physical therapy is] implemented as part of an early intervention program while the child is still developing, some therapy for cerebral palsy can lessen the impact of impairment and minimize the child’s potential for developing associative conditions,” according to CerebralPalsy.org. “Therapy is deployed to manage impairment (primarily spasticity, contractures and muscle tone), manage pain, and provide optimum quality-of-life by fostering functionality, self-care, and independence.”

The HMS School for Children with Cerebral Palsy has spent decades making education for children with cerebral palsy more personal and accessible for those who are in need of a more specialized learning experience.

As the institution states on its website: “HMS School aims to facilitate independence and improve the quality of life for its students in a safe and secure environment so they can lead fulfilling, stimulating lives in their present and future environments.” 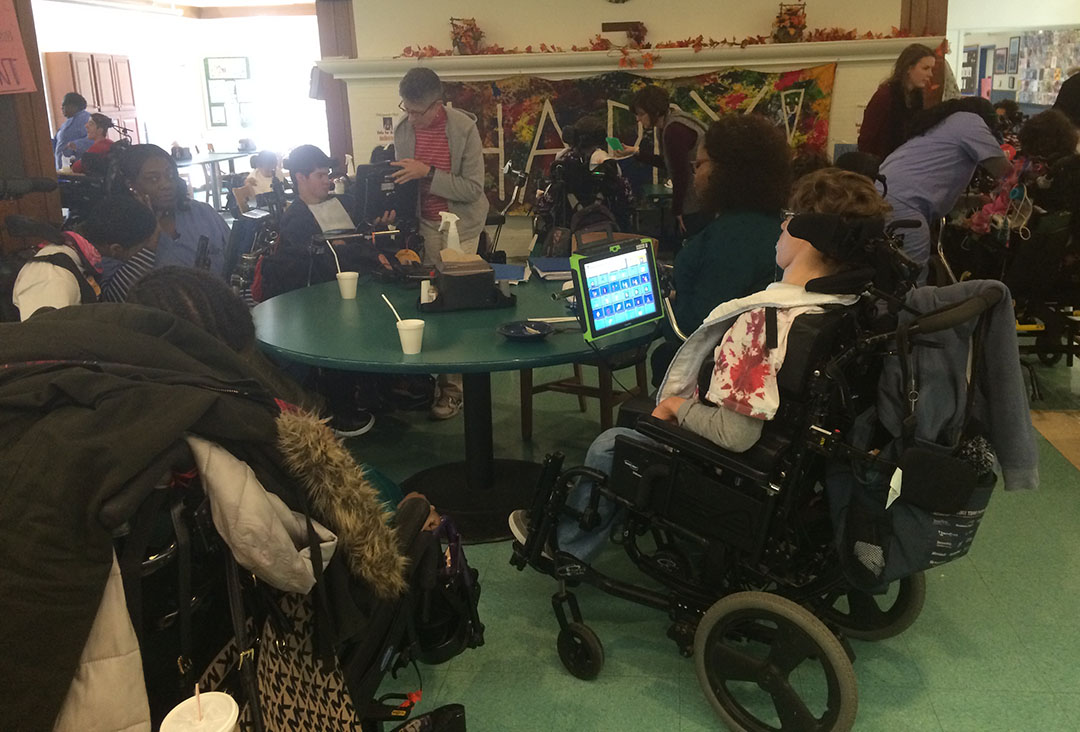 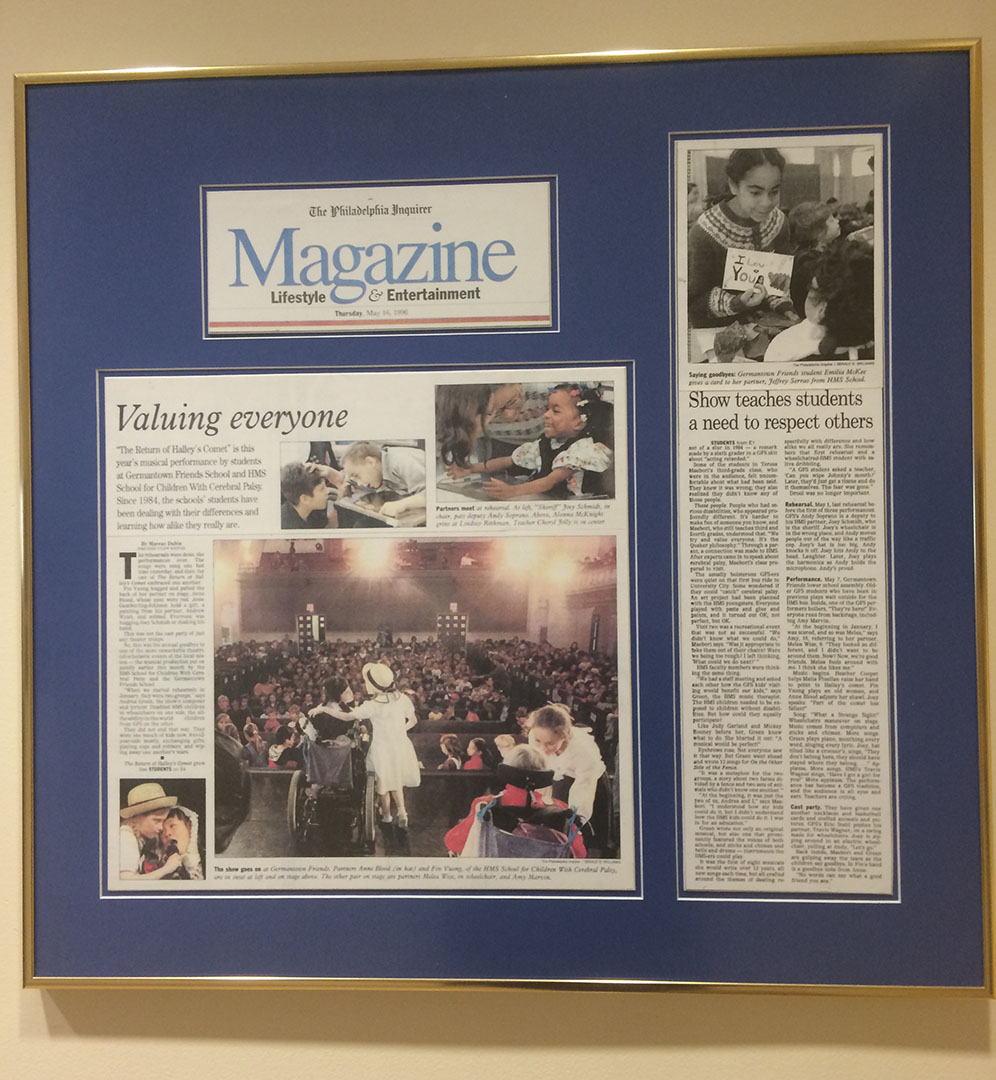 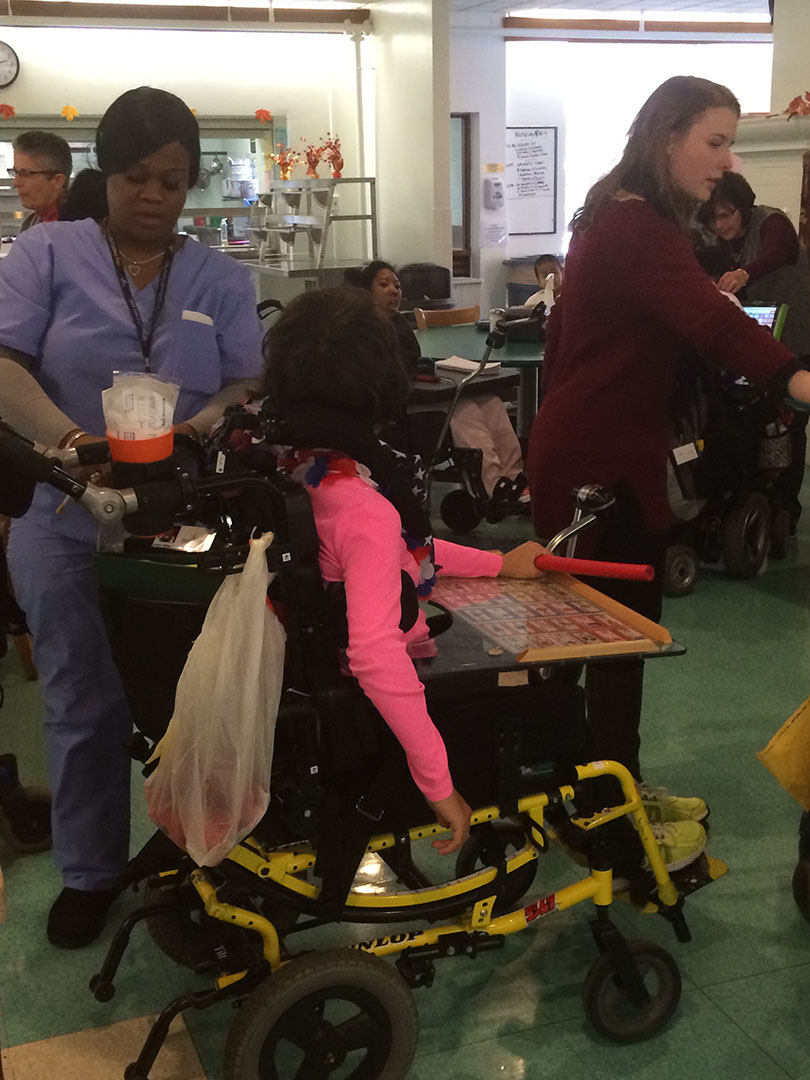 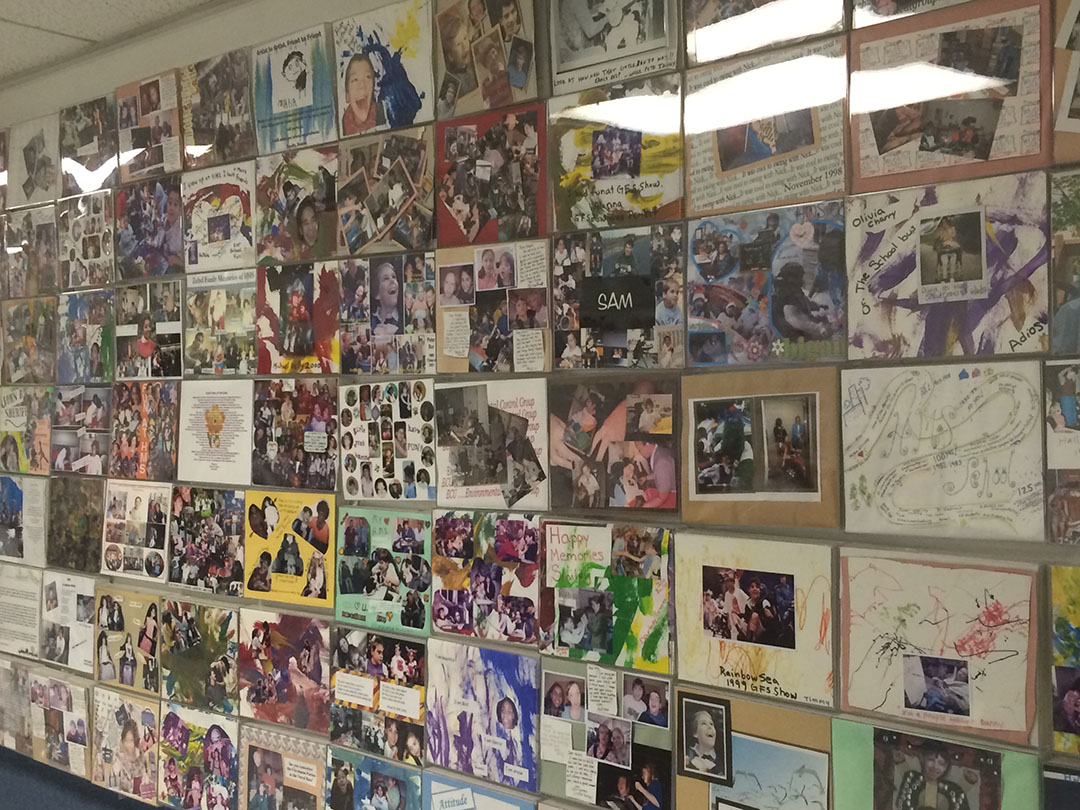 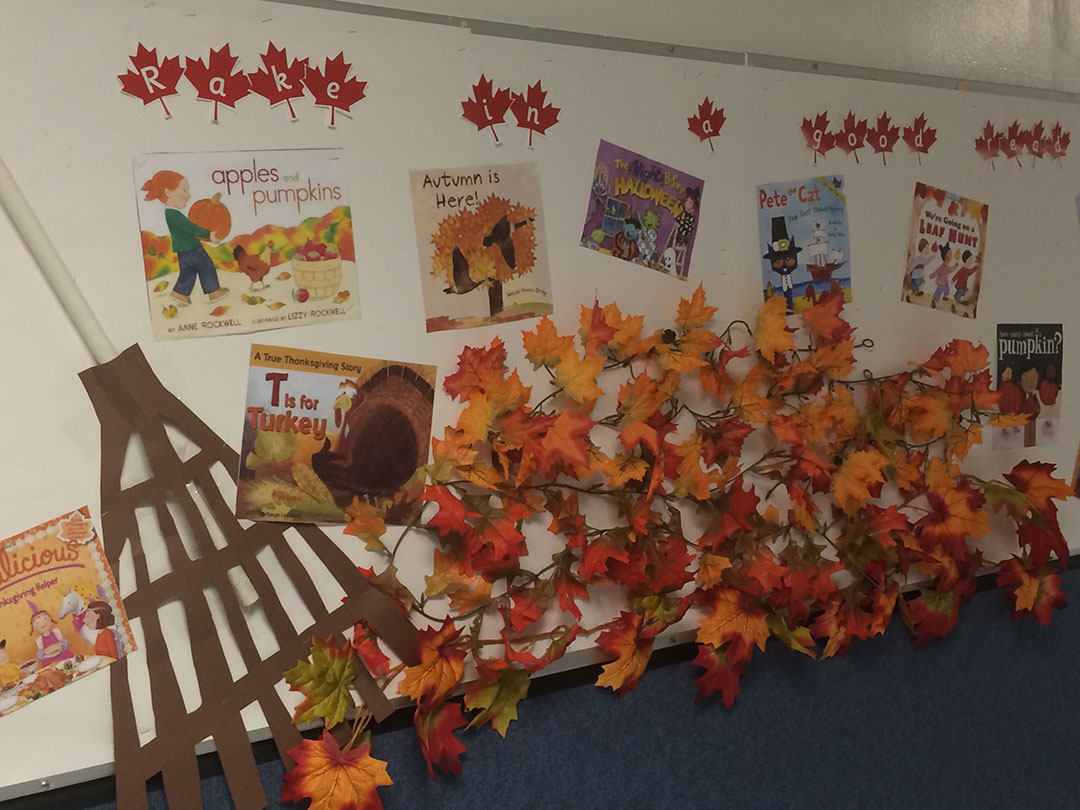 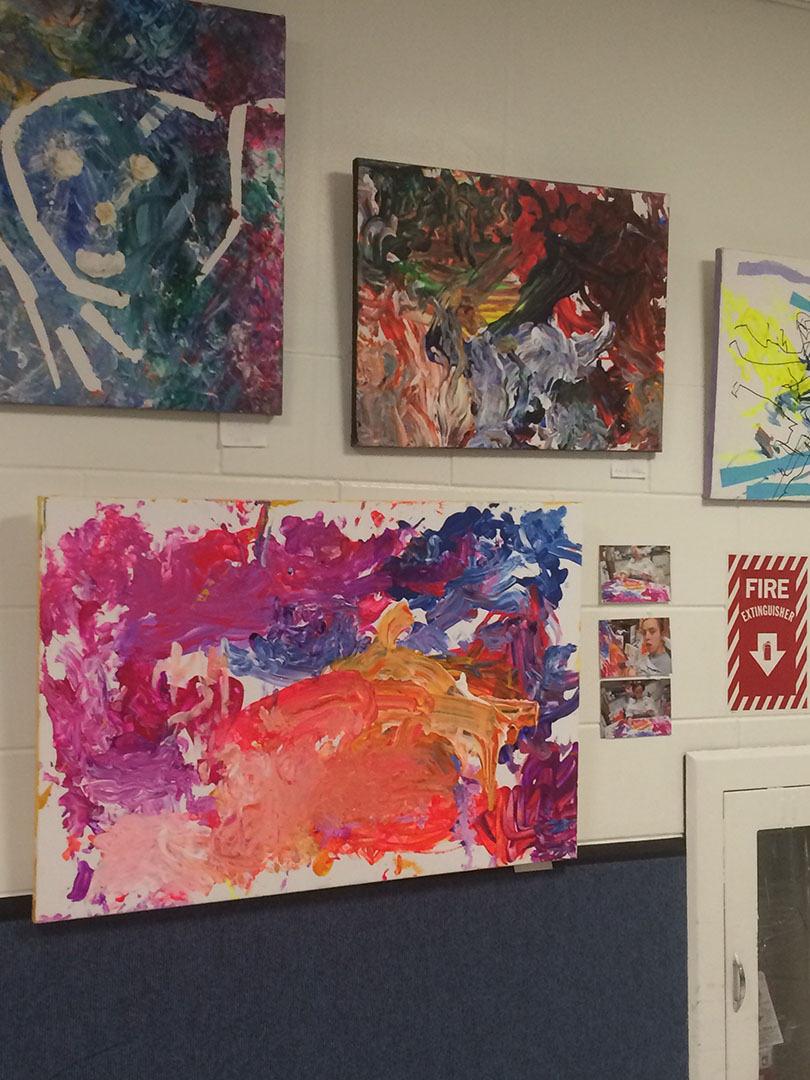 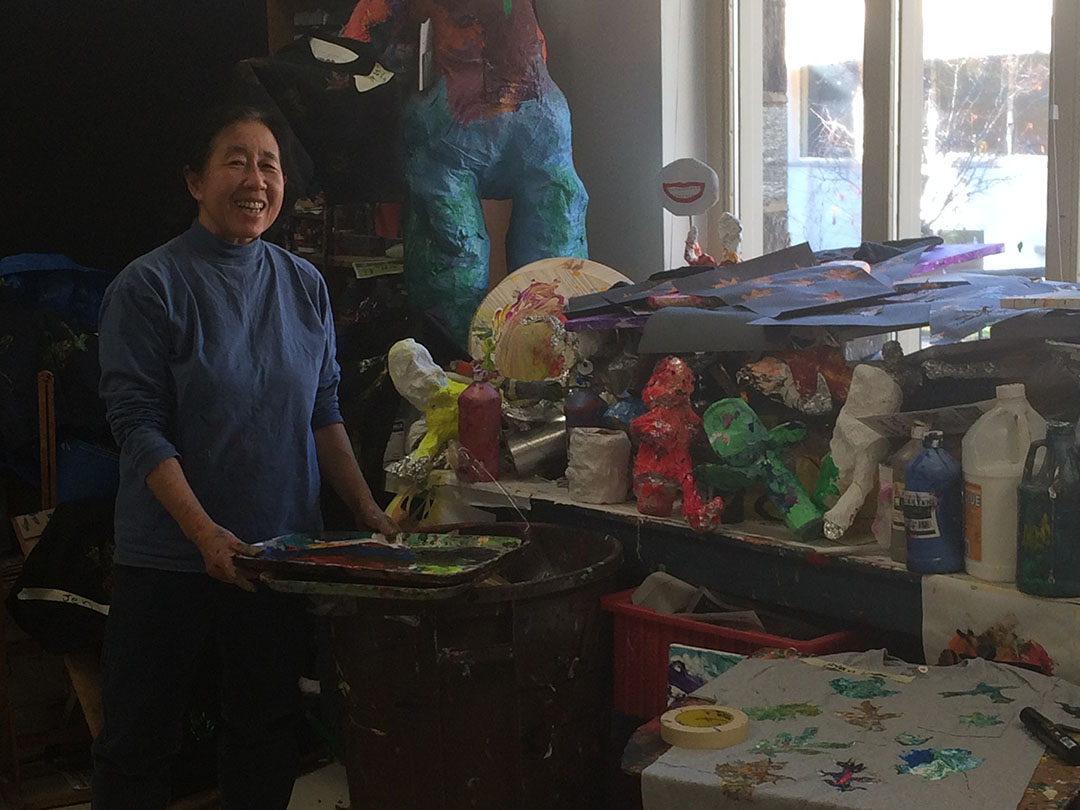 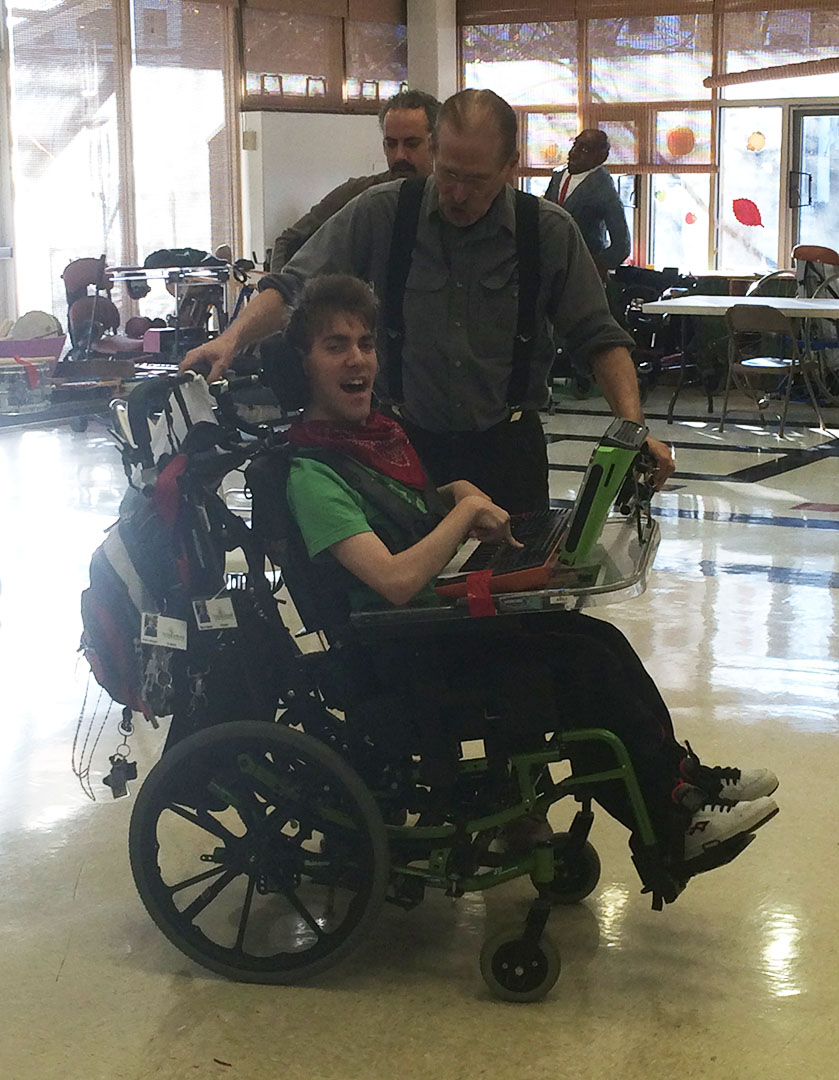 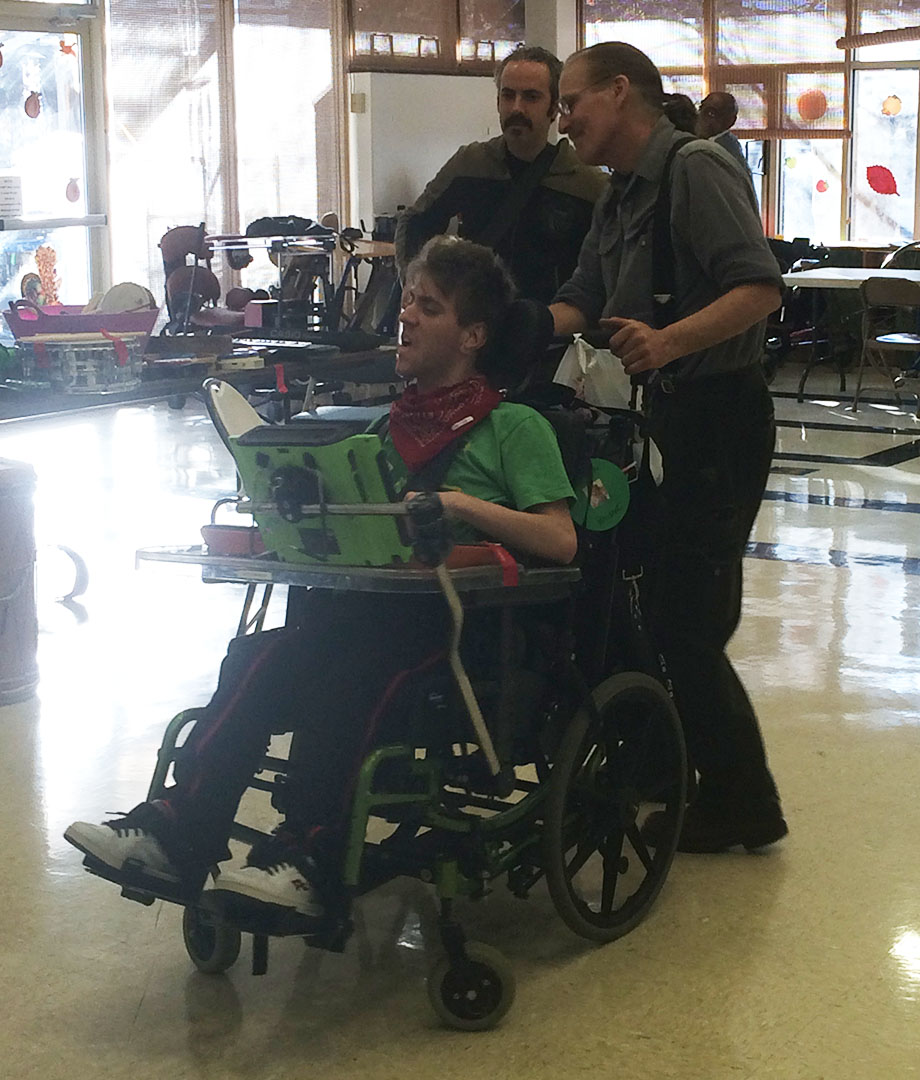 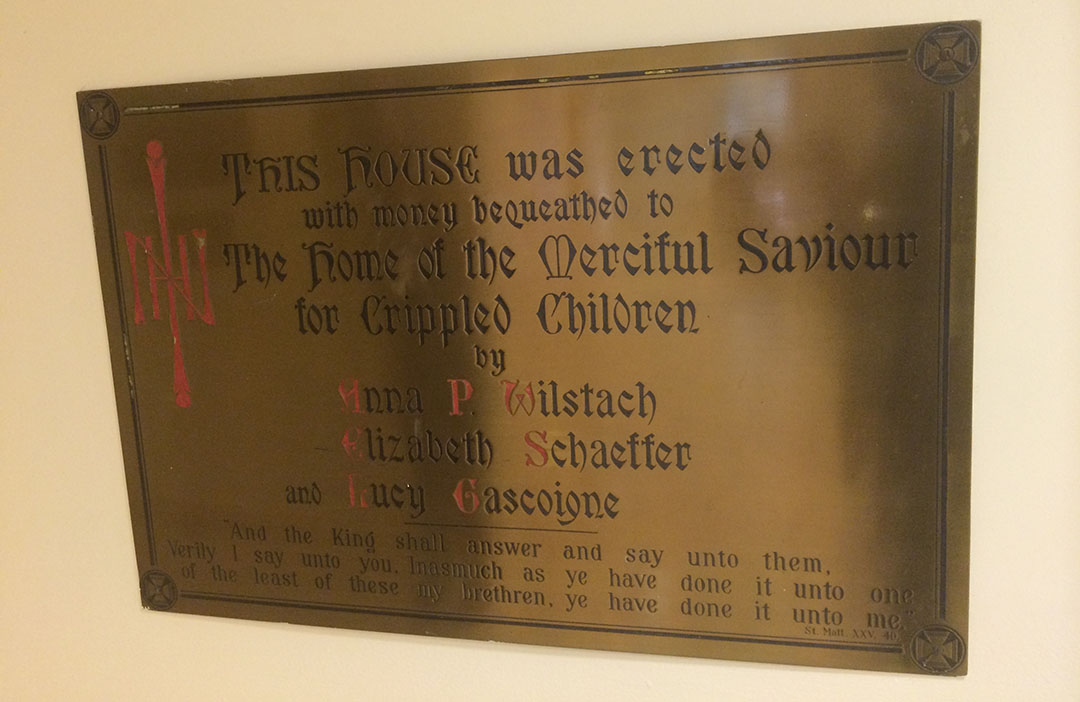 Text, images and video by Courtney Burrell and Shauna Cottle

In an effort to draw attention to school funding, the Philadelphia Coalition Advocating for Public Schools held its “Full Funding Friday” at John Moffet Elementary School in Kensington last week. Roughly 15 members of the [continue reading…]

In response to the country’s new federal administration, the leaders behind West Philadelphia’s Witness to Hunger introduced their first gallery exhibition and open community forum to highlight poverty in the community. First established in 2008, Witness [continue reading…]