The Rickmers Seoul ship is just one of the many ships to dock at the Tioga Marine Terminal on the Delaware River in any given week. Nearly 92 percent of these ships are visited by someone from the 171-year-old Seamen’s Church Institute of Philadelphia.

The Seamen’s Church Institute visits about 40 to 50 ships a week to provide services to the long-term crew members traveling on board. The group serves the ports from the Delaware state line up to the U.S. Steel Fairless Works in Bucks County, Pennsylvania. 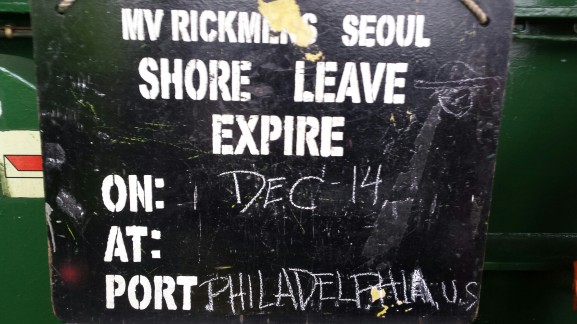 The ship docked at 2 a.m. Dec. 2 and received a visit from Seamen’s Church communications director Patricia Johnston that morning. The visit included normal SCI procedures of checking to see what the merchant mariners needed, selling phone cards, chatting with them about their travels, and dropping off Christmas presents for them to open a few weeks down the road.

The Seamen’s Church Institute is an around-the-clock operation with overnight ship visitors and daily visitors seven days a week to serve the crews that arrive at any hour.

Johnston, a recent college graduate, usually visits two to three ships a week. She is participating in a year-long program called Servant Year and was partnered with the Seamen’s Church Institute.

The Rickmers Seoul had 26 crew members when it docked in Philadelphia and was picking up more for its next voyage. Most workers were from the Philippines, but there were also a few Russians making the journey as well.

“You try to listen to their needs and give them space to talk about whether or not there are things going wrong or anything they want to talk about. A lot of times, they just need a new face on board because they’re stuck with the same small group of people for a long time,” Johnston said. “They see the Seamen’s sign on our van and they are so happy to see us.” 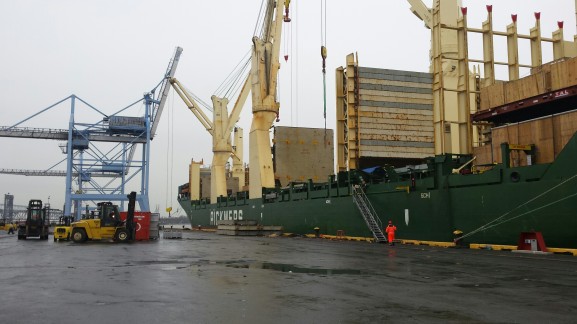 If the seafarers have the correct paperwork, Johnston or other SCI members can take them off board to go shopping at Walmart for things they need, go sightseeing or go to church.

One man walked up to Johnston and asked, “When can we get off the ship?” After looking through her notes for a minute she said, “I’m sorry but your contractor didn’t pay for your crew to have access to land.” The merchant mariner walked away looking disappointed.

“I’ve had one guy say to me, ‘I’ve been all over the world, but all I’ve seen is the inside of a Walmart,'” Johnston said. “So a lot of the time, they just want to see something [besides] another Walmart.”

Although the international language of the sea is English, many of the seafarers that come to Philadelphia do not speak it.

“We can always write things down or ask someone else on the ship that knows better English,” Johnson said. 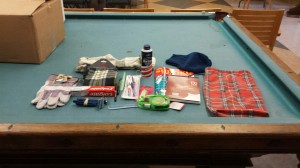 SCI development associate Ronnie Barlow organizes fundraisers, assists with the free clothing bank for seafarers, gathers the Christmas goody bags each year, and communicates with other churches for donations.

“We usually only collect clothing for men since maybe only 2 percent of seafarers that come through are women,” said Barlow.

The main SCI center in Philadelphia holds most of the donations, but there’s a smaller center in Camden, New Jersey, where they have some of their extra supplies.

“The Camden center is more for convenience for the guys who dock over on the Jersey side,” Barlow said.

Barlow helps plan three fundraising fairs a year, with the next one being held in late February or early March. Their recent fundraising gala was held at the Camden Aquarium in early November. 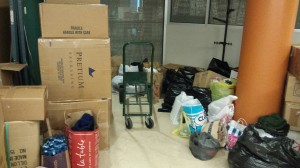 These fundraisers are where Seamen’s Church Institute gets its financial support from year to year. They have their Spirit of the Port Award Luncheon, the Fall Gala, and the S.H.I.P. Invitational Gold Tournament in Delaware that is usually highly attended.

Barlow and the others are always looking for donations for the men that dock in this city. She recently completed the Christmas bags that they begin to hand out every year on Dec. 1. This year’s bags include gloves, a hat, a scarf, Sudoku puzzles, shaving cream, a toothbrush and other hygienic items.

As the bags were handed out on the Rickmers Seoul, the men looked in curiosity with smiles on their faces. Unfortunately, they cannot open these items until Christmas morning. 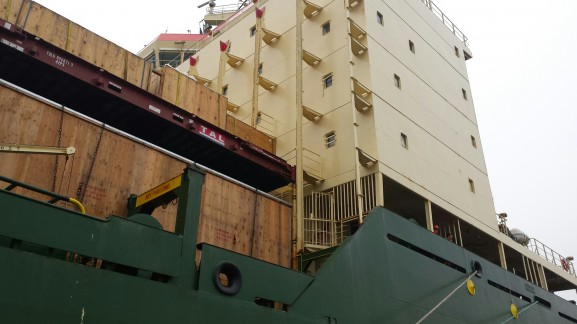 https://vimeo.com/44056516] Residents on East Cumberland Street were unaffected by their neighbor’s recent accidental shooting as many claimed tragedy is a pattern the neighborhood can’t stop. When an 18-year-old male put a 9 mm pistol to [continue reading…]