A nonprofit nearly two centuries old is still working hard to serve the men who come into one of the world’s largest freshwater ports.

The Seamen’s Church Institute of Philadelphia and South Jersey has made it their mission since their founding in 1843 to serve the well-being and religious needs of seafarers coming from anywhere in the world. Members of SCI enter 92 percent of the ships that come into the city’s port.

Their headquarters are located at 5th and Spring Garden streets in Philadelphia, where they have a chapel (below), supplies for mariners and their offices.

The nonprofit consists of four chaplains, five full-time visitors who go on board the ships, and five part-time visitors and eight volunteers who go on the ships as well. In 2013, members of SCI entered 1,566 ships out of about 1,600 total ships that docked at Philadelphia’s port. 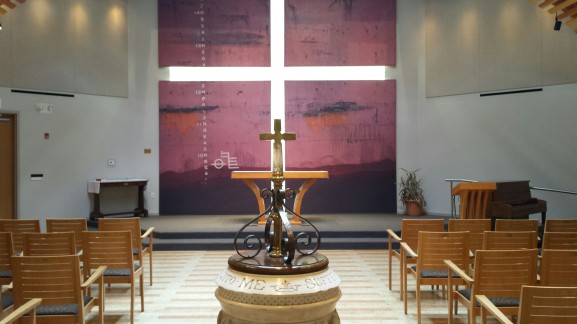 With frequent language barriers between seafarers and SCI members, it might seem surprising that they have managed to connect with so many ships.

But because there are seamen’s centers in most ports in the world, many of the mariners assume a visit from SCI will take place. If they have access to Internet on board, they can also find the Seamen’s Church Institute online, call them and request a visit prior to their arrival.

“Most ports have their terminals closed in a single area,” said SCI executive director and port chaplain Peter Stube. “Ours are scattered all over the river, on both sides of Philadelphia and South Jersey. The total distance from our 32 terminals is 125 miles.”

Within five years of the organization’s opening, SCI built and operated a 600-seat floating chapel on a barge near Dock and Spruce streets that served seafarers for 10 years. Due to its tendency to tip over, they had to retire it.

Because of legal issues and a lack of funding from the contractors who hire these seamen, many of them cannot leave their ships upon arrival at Philadelphia’s port. Volunteers from SCI will bring gift cards for cellphone minutes, food, hygienic products, church services and even holiday bags for the men to open on Christmas.

After 9/11, domestic security tightened and it became harder for seafarers to leave their ships. SCI began bringing more services to the ships rather than hosting them on land.

SCI members will sometimes even assist in legal procedures to aid these men in leaving the boat to come on land and purchase the living essentials they need. They will reach out to Customs and Border Protection, the Department of Homeland Security or the Coast Guard if they see any employment abuse or legal issues that need to be addressed.

“During the summer, we had a ship that was arrested and sat out on the Delaware River for four months. We provided them with phones and Internet coverage so they can be in touch with their families,” Stube said. “Border Protection finally got them 29-day passes so they could leave the ship temporarily.”

Typically, boats may be docked anywhere from one day to one month. Only 25 percent of seafarers who dock in Philadelphia can legally leave their ships. In many cases, the companies who hire these contactors do not pay the extra money allowing the mariners to leave their ship.

All Seamen’s Church Institute members have a Transportation Workers Identification Card, or “TWIC card,” in order to go on board the ships. A background check is required and it must be renewed every three years.

The people of Seamen’s Church Institute consider themselves an important part of Philadelphia’s port since 90 percent of everything and anything moves by way of ships globally. 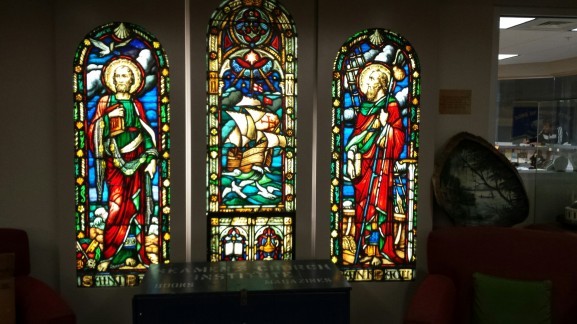 Other Seamen’s organizations exist all around the world to serve similar needs of these men who are often gone for a large portion of the year without seeing their families. Many work anywhere from eight- to 11-month contracts without returning home. There are 150 port ministries like SCI in America, and a total of 750 around the world.

Nearly 40 percent of the seafarers come from the Philippines, but Philadelphia’s port sees men coming from about 75 countries a year, including places like India, Russia, Greece and Ukraine. The majority of the mariners coming into port are men and it is very rare that women seafarers are on board.

Most of the ships that dock in Philadelphia’s port have at least men of three nationalities on board and sometimes up to seven. The language barrier between the seamen makes these long periods of contracted work even lonelier. Typically there are only 17 to 27 seafarers on board a ship at any given time.

Recently, those at the Seamen’s Church Institute have been handing out Christmas bags to the men coming into the port during the holiday season. Donations (below) and funds for these bags are being accepted from the general public. 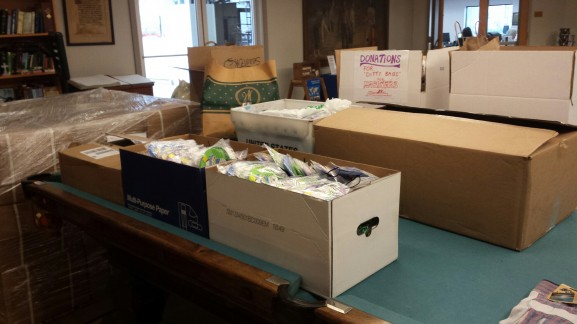 People from across the city are constantly working towards making the Schuylkill and Delaware waterfronts better for Philadelphia. From revitalizing the rivers themselves to improving the green spaces around them, here are five people making [Read More]

Philadelphia’s waterfronts are an attraction for both tourists and residents of the city alike. Here are five facts about the rivers’ and the green spaces that surround them. 1. On the portion of the Schuylkill [Read More]

Big changes are coming to Penn’s Landing on the Delaware waterfront. The Delaware River Waterfront Corporation is wrapping up plans that will transform the Spruce Street span of the river into a summertime carnival. Starting [Read More]