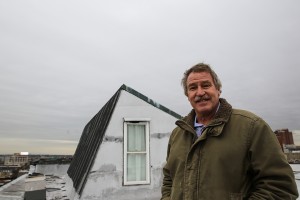 Past: Sewing Industry Centralized in Callowhill

“The sewing industry was very prominent in the Callowhill neighborhood before the early 1990s,” said Bob Weinstein (right).

Weinstein’s father bought the building at 1025 Cherry St. for a commercial sewing machine business in 1951 and Bob Weinstein has been working in the area since 1961.

In 1992, Weinstein bought the six-floor building at 11th and Wood streets to serve as the warehouse of his business and sewing factories. The building is now used for artists groups and galleries like the Khmer Art Gallery, which he co-owns with his wife Bonna.

“If you look at any of the high-rise buildings,” said Weinstein, “they were all initially sewing factories or commercial spaces.”

Philadelphia was the garment center of the country at that time, and Weinstein said the Callowhill neighborhood was known as the “garment district”.

According to a report from The Philadelphia Evening Bulletin on Apr. 4, 1966, James Tate, then-mayor of Philadelphia, announced plans for a $10 million garment center in the vicinity of 11th and Race streets.

Tate said the area would serve to centralize the industry, which was then scattered throughout the city.

“Being in the Chinatown area made it [sewing industry] much stronger because of the labor forces,” said Weinstein.

In a report from The Philadelphia Evening Bulletin on Aug. 15, 1967, the then-executive vice president of the Philadelphia Industrial Development Corporation, Richard J. McConnell, described the garment industry as the city’s largest job generator at that time.

Meanwhile, McConnell indicated a plan, which would transform the Callowhill neighborhood into a $35 million clothing-manufacturing center.

The development occupied about four blocks along the south side of Spring Garden Street between 2nd and 6th streets and was proposed to employ more than 120,000.

“The sewing industry started to leave when the North American Free Trade Agreement was signed [in 1994],” said Weinstein.

NAFTA established free trade between the United States, Canada, and Mexico. Among these countries, Mexico had lower costs and cheaper labor for production.

“Big manufacturers that used to contract in the Philadelphia area ended up sending all work offshore,” said Weinstein. “That sort of ruined the industry in the United States as well, not only in Philadelphia.

With the departure of the old industry, the Callowhill neighborhood is experiencing slow development. 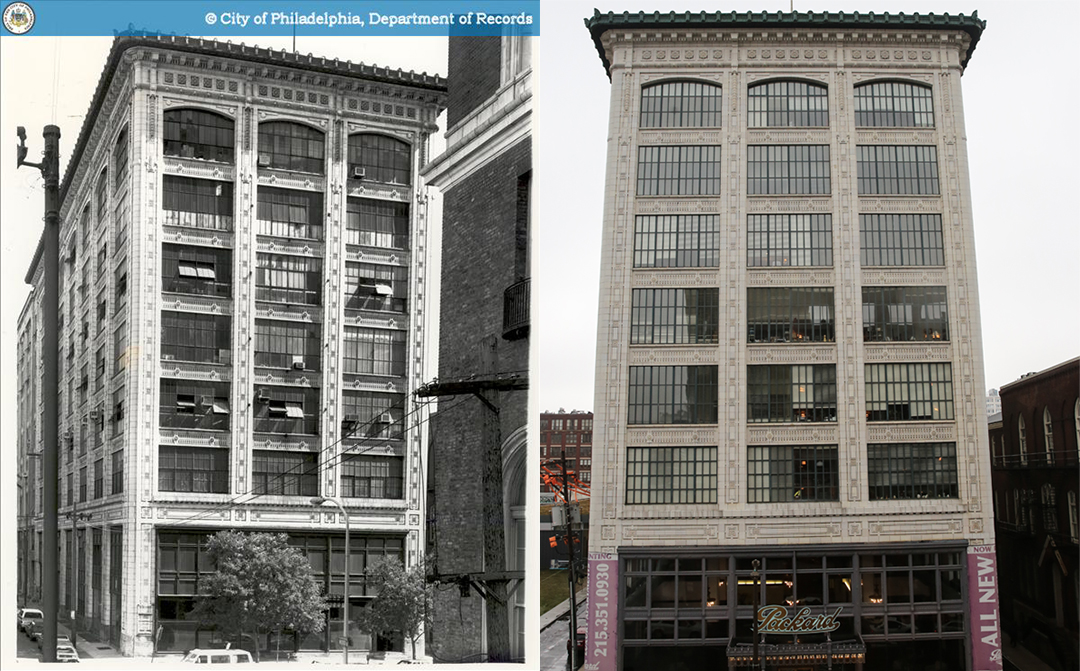 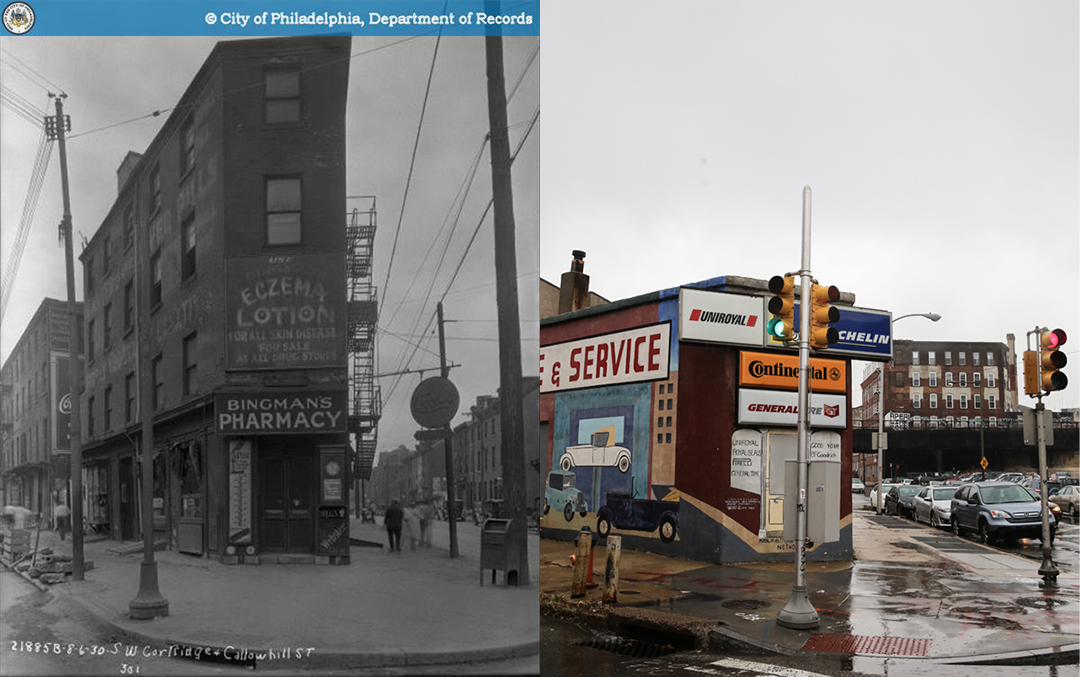 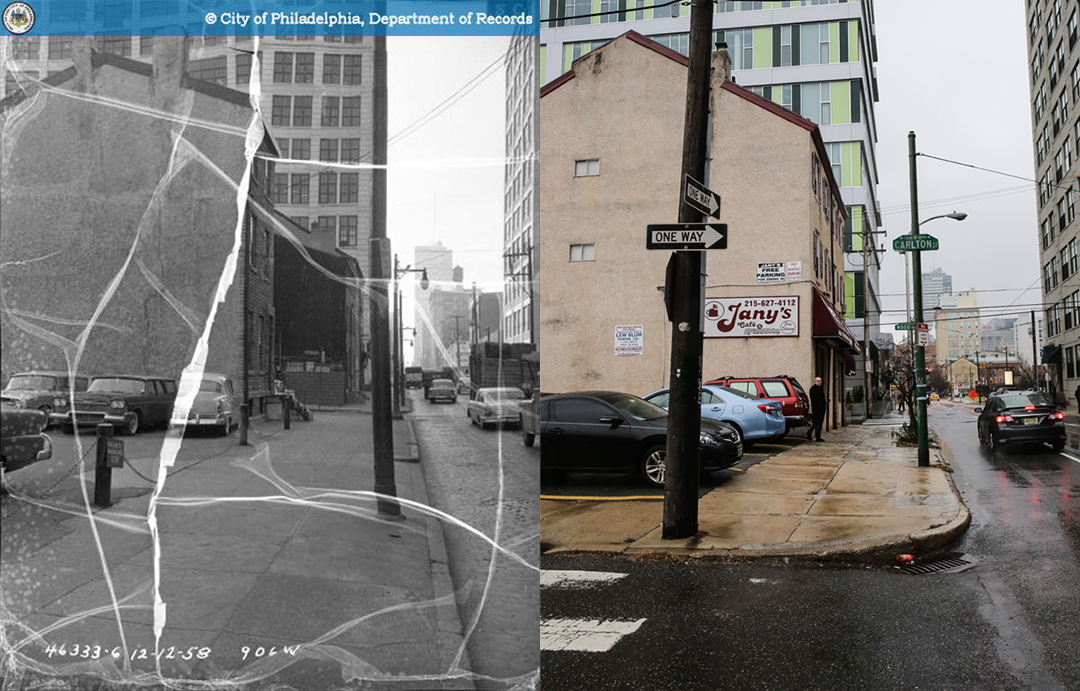 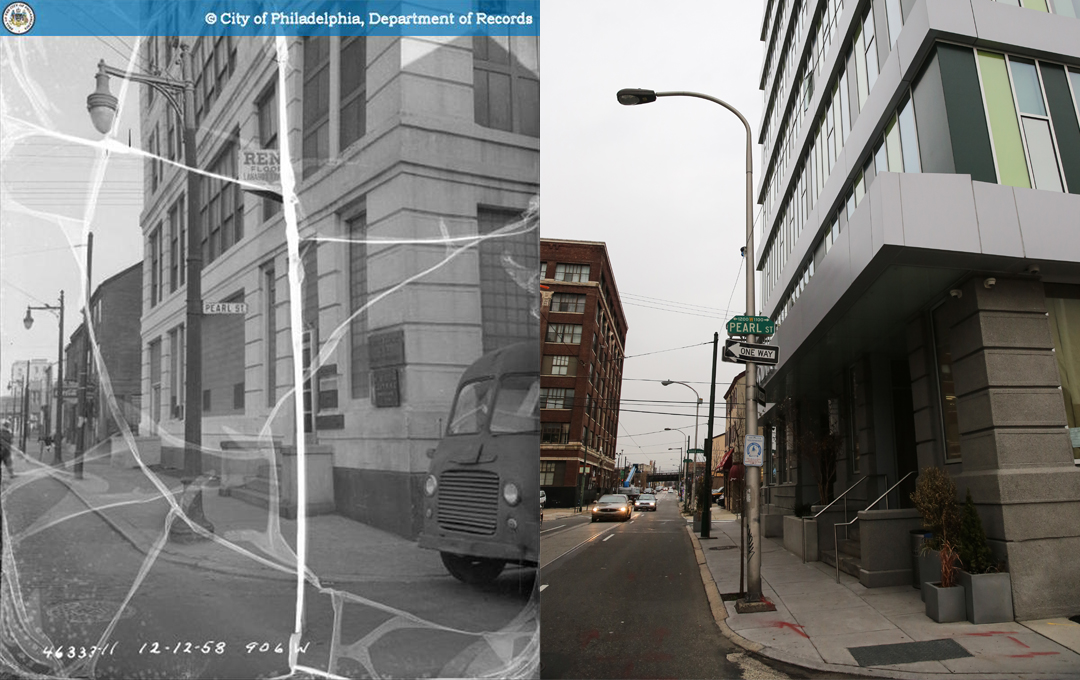 “It’s not a typical rowhouse neighborhood,” said Laura Spina, the director of the Planning Division of the Philadelphia City Planning Commission. “It needed a lot more vision and creativity on the part of developers to see the opportunities in this area.”

In 2000, the city planned to build a baseball park at 12th and Vine streets but the plan was met with the strong voices of activists from both the Callowhill and Chinatown residents.

Facing an increasing immigrant population, Chinatown is seeking more space. But Chinatown is unable to expand to south or east, where properties are all taken. It can’t go to the west because of the Pennsylvania Convention Center.

The only direction in which Chinatown can go is to the north.

Homeless people have also been in the area for quite some time. Sunday Breakfast Rescue Mission started to serve the area on Dec. 15, 1878. Other shelters, like Chosen 300 Ministries, Inc. and Our Brother’s Place, are also in the neighborhood. 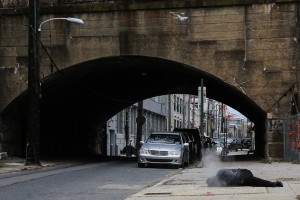 Based on Weinstein’s knowledge, the homeless population in this area has decreased over the years.

“Within 10 years, the city cleaned it up,” said Weinstein.

After the decision was made for Chinatown to expand past Vine Street, a lot of young Americans and artists started to move into the area. As the demographic changed, the neighborhood became incredibly diverse.

“We have almost every socioeconomic class,” said Melissa Kim, the Pearl Street Project manager at Asian Arts Initiative. “People have different interests and different ideas about what’s important to the neighborhood.”

While the Chinese community prefers to use Chinatown North to represent the area, the Callowhill Neighborhood Association would rather keep the historical name.

Though the Callowhill neighborhood is still having issues with vacant space, Weinstein says that in the last five years, he has seen a great influx of residents into the area he has been a part of for over five decades.

Changes are coming to the Callowhill-Chinatown North area.

“People are starting to understand the values here,” said Weinstein. 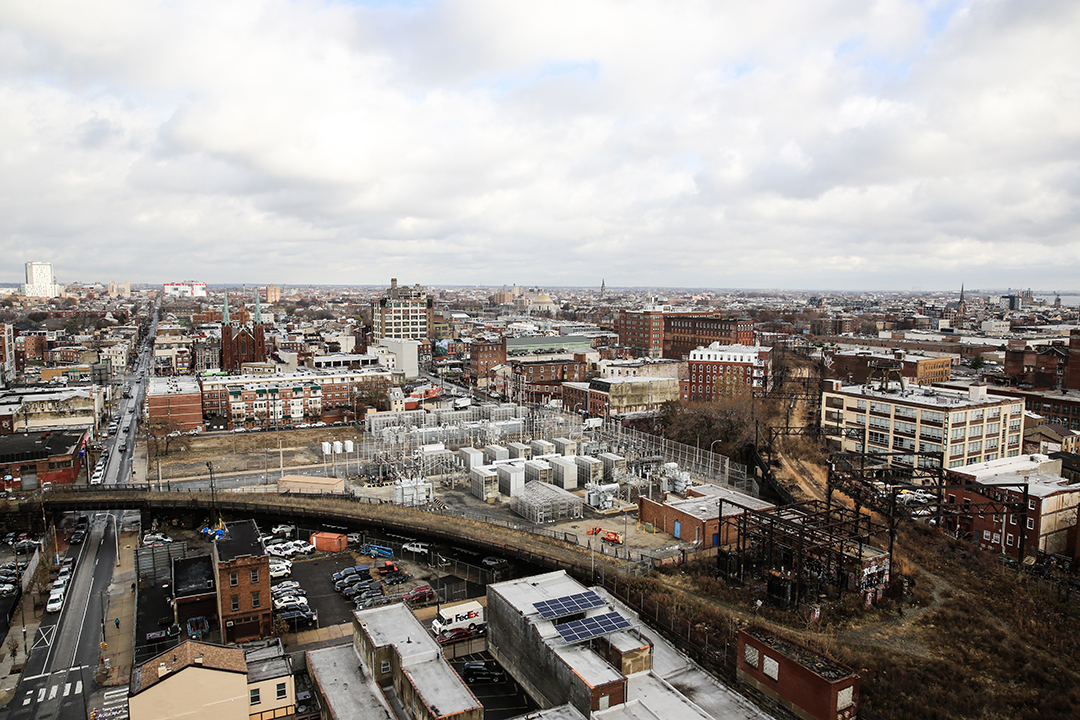 The Philadelphia City Planning Commission adopted a strategic plan for the area in February 2013. The proposed zoning eliminates the medium-intensity industries in the area and expands the residential and retail uses.

“The proposed zoning plan is taking advantage of existing loft buildings that are there,” said Spina. “We recognized that it is also a very desirable residential neighborhood as well.”

The Goldtex Apartments have seen residents moving in since May 2013. The luxury 163-apartment unit, located at 315 N. 12th St., used to be a sewing factory and is now completely renovated and features a rooftop deck that was added this year. 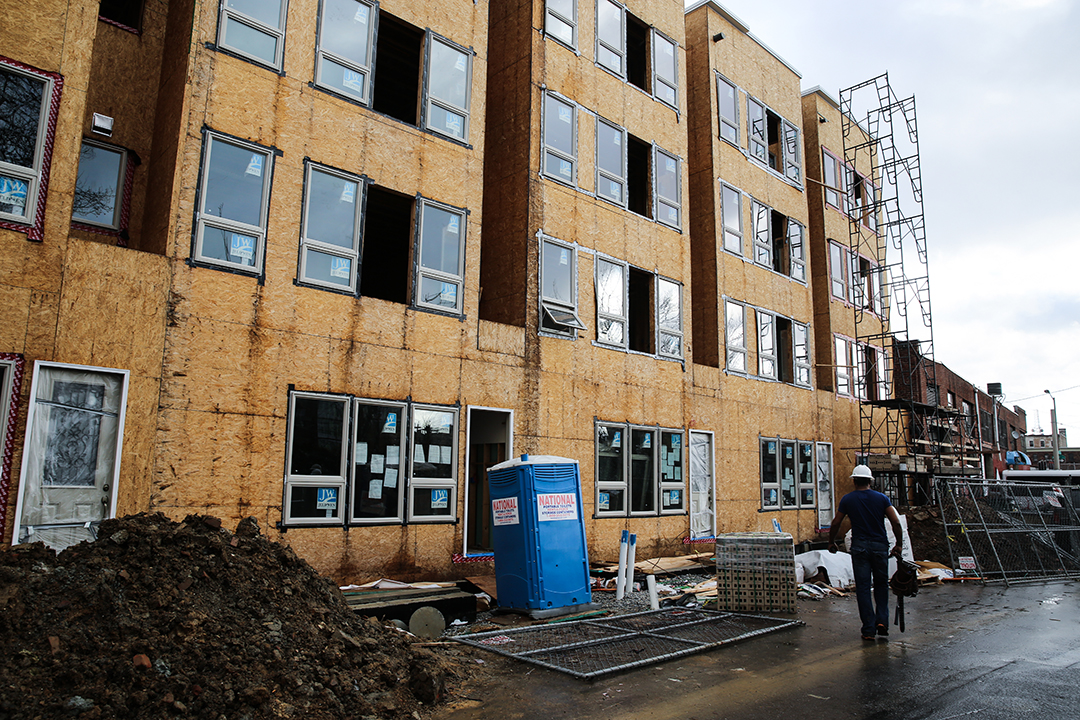 Several new condominiums are also under the construction in the area.

Lily Zhao, a broker at Century 21 Target Realty, said they changed the previous industrial-style design for the condominiums at 1211-1221 Noble St. Instead of brick and big windows, the new housing would have a warmer feel along with environmentally friendly materials.

“We looked at this [zoning plan] again as part of a central district plan and refined that a little bit more,” said Spina. “[We] took away even more of the industrial type of zoning.”

Chosen 300 Ministries, Inc., a homeless shelter at 1116 Spring Garden St., opposes the zoning plan. They believe that the area’s prospective residents will attempt to force the homeless out of the neighborhood.

“The neighborhood groups have been very good at trying to work with it,” said Spina. “They understand that social services like the shelters are necessary and they want them to stay.”

But the existing industrial zoning around the shelter’s site allows many other uses that would not be compatible with the proposed residential buildings, like strip clubs and check cashing locations.

“It [the neighborhood] is really at the heart of Center City,” said Spina. “These places are not appropriate.”

Additionally, there has been a lot of negotiating in the diverse classifications area.

“There are some conflicts between PCDC  and CNA in their vision for the neighborhoods,” said Spina. “But they are learning to get along.”

Spina is expecting to finalize the zoning plan and officially get it introduced in spring 2015. Neighborhood organizations in the area also contribute to improving the street appearance. 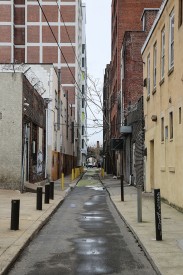 Asian Arts Initiative started the Pearl Street Project in January 2014 to develop four blocks of Pearl Street, from Broad to 10th streets, which run behind AAI. Their goal is to build up the quality of the public realm.

“People don’t like walking on Pearl Street,” said Melissa Kim, the Pearl Street Project manager. “So we wondered what we could do to make it a place that people want to come to.”

The project has two dimensions. For the physical development, AAI worked with a California landscape architect Walter Hood to create more activities on the street, making it more dynamic and exciting.

Hood and his group, Hood Design Studio, made four visits to Philadelphia. Hood met with community members and listened to their input along with AAI’s to create a design plan.

Hood Design’s concepts on the street include the installation of lights and foldable benches, “greener” strategies such as green walls and rooftops, and turning the Viaduct tunnel between 11th and 12th streets into an art gallery.

The Pearl Street Project has a social aspect as well.

“Pearl Street is an alleyway that’s often forgotten,” said Kim. “But it runs through Callowhill and touches upon all different sections of the neighborhood here.” 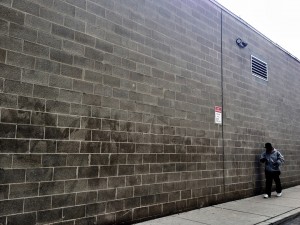 As it runs from Broad Street to 10th, there is a school, apartment buildings, the Sunday Breakfast Rescue Mission, social service organizations, an immigration association and an arts organization.

“So what you have is a microcosm of the Callowhill neighborhood all on one street,” said Kim.

AAI believes in drawing people from different segments of society and different socioeconomic backgrounds together to collectively develop the neighborhood and street. They believe that arts and culture stitch people together.

Since fall of 2013, the community-based art center has organized two annual Pearl Street block parties, bringing in hundreds of community members from different cultural groups and engaging individuals to sit down and talk about the larger vision for Pearl Street.

“AAI is really reaching out to all of the property owners and all of the neighbors,” said Spina. “It is the first time anyone has allowed them to talk to each other and come together for a shared project.”

As the second residency cycle under AAI’s Social Practice Lab, the Pearl Street Project currently has one artist, Rick Lowe, in residence, while Anula Shetty and Michael Kuetemeyer serve as documentarians.

“The idea is that they [residency artists] use art to explore the neighborhood and explore different themes,” said Kim. “To use art as a vehicle for social change.”

“Sometimes the outsiders’ perspective is really valuable,” said Nancy Chen, the public program manager. “They see the situation with new and fresh eyes and they don’t have the same existing notions that the rest of us have after working here or living here every day.”

In Spina’s opinion, any kind of investment into the public realm like the Pearl Street Project, Reading Viaduct Railway Park, or any streetscape improvements, are a signal to developers.

“It spurs private investment,” said Spina. “The public is investing in this [area] and it is worthwhile.”

– Text, images and video by Hua Zong and Ariane Pepsin.

As you walk down Girard Street in Brewerytown the signs of change are extremely obvious. When crossing over 29th Street it can feel as if you walked into a real estate catalog as for sale [continue reading…]

Many organizations in Philadelphia serve a very specific niche. With more than 22 years of service, the Philadelphia Veterans Comfort House hopes to give homeless veterans a chance to start over and become productive members [continue reading…]