Point Breeze has seen a surge in development in the last few years, which is causing concern over the increasing prices for rental units.

On Feb. 9, the Women’s Community Revitalization Project (WCRP) received approval from the Philadelphia Vacant Property Review Committee for two parcels in Point Breeze that will become the Mamie Nichols Townhomes.

WCRP, an organization based in Kensington that develops affordable housing, provides services for women and advocates policy changes, also partnered with Citizens Acting Together Can Help (CATCH). CATCH works throughout the South Philadelphia area with programs and schools focused on behavioral and mental health.

The collaboration will help to provide 30 rental homes for both women and veterans at locations on Taylor and Capitol streets in Point Breeze.

The new housing will not be the first CATCH venture involving the needs of veterans in Philadelphia. Patriot House, a 15-apartment facility with a program for formerly homeless veterans suffering from mental illness and substance abuse issues, was opened in 2012.

Michael Lewis (below), the director of residential services at CATCH, explained that Patriot House has 15 fully furnished apartments for veterans who were homeless at one point in time. 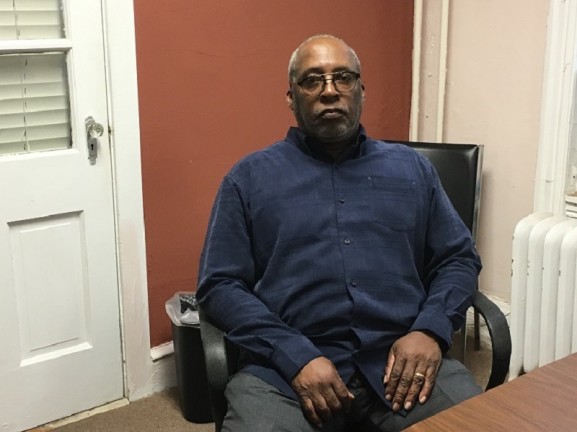 Mark Matthews, a resident at Patriot House, lives in his own apartment and is a strong advocate for the program.

“For the people who are trying to get further in life, it is set up lovely,” said Matthews. “It picked me right up when I was in the gutter, two years homeless.”

In the upcoming Mamie Nichols Townhomes project, there will be a case manager as well administrative oversight, but the veterans will not be monitored every day. The 10 apartments that will be available to veterans will offer a greater deal of independence to the residents, which is of the utmost importance to the organization. 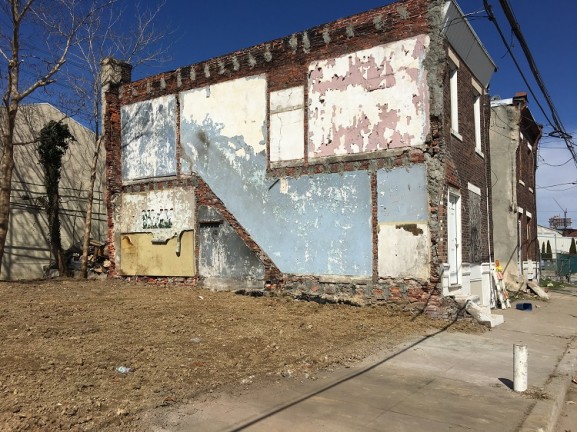 “One of the things we look at is making people as independent as possible,” said Lewis. “Hopefully they’ll become part of the fabric of society again.”

Claudia Sherrod is the leader of South Philadelphia HOMES Inc. and the Point Breeze Community Development Corp. Sherrod believes there is a demand for more low-income housing in Point Breeze.

“It is something that is very much needed,” said Sherrod. “I think it is going to be a great reality that is formed and be best for the community.”

Point Breeze: The Greening of a Neighborhood

Point Breeze homes don’t typically come with yards. An unbroken line of rowhouse after rowhouse is the dominant motif for several blocks on end, going up and down the compact neighborhood wedged just south of [continue reading…]

Sunday Breakfast Rescue Mission, located on 13th at Vine Street, is both the largest emergency shelter and largest indoor feeder of the homeless in the Center City area. Executive Director Dick McMillen (above) was first [continue reading…]

https://vimeo.com/33268333] Through the Philadelphia 2035 plan, the City Planning Commission is attempting to define a unified vision for the city’s growth over the next 25 years. Beyond this comprehensive plan, the city aims to guide [continue reading…]