During a time when many cultural organizations were snuffed out by a dismal economic climate, the Koresh Dance Company in Rittenhouse Square was able to weather the storm.

Now in the wake of the Great Recession, the company continues to grow.

For Alon Koresh, executive director of the Koresh, it was simply a matter of having a good business model.

“We relied mainly on earned income, which was really what pulled us through. So, if we lost some of our contributed income or if we had to cut back on touring, we were still ok,” Koresh said.

During the recession, the Koresh pulled back its touring engagements by about 50 percent. However, enrollment in the company’s dance school, which started in 1993, only dropped five percent.

While other organizations were struggling to stay afloat during the 2007-2009 recession, the Koresh was able to expand its vision. The success led to the company’s new location in Rittenhouse Square in June 2013, which the company then purchased last year.

“Owning a building has new challenges, but you can secure your home,” Koresh said.

Success stories like the Koresh, during and after the recession, have caught the attention of other organizations in city, specifically the Greater Philadelphia Cultural Alliance.

[Watch the video above to hear the Curio Theatre Company’s story – another organization that survived the recession.]

In November, the Alliance released its 2014 Portfolio – an extensive examination of the region’s cultural nonprofit organizations.

In the report, which analyzed data from 473 organizations from 2009-2012, the Alliance found 73 “Growth organizations.” These organizations were defined as having notable growth and positive margins in 2012.

“We want to see what we can learn from how these organizations are operating and if they’ll be able to continue to operate in that way,” said John Mclnerney, vice president of marketing and communications at the Alliance.

The Alliance hopes that with the data from the frowth group, they can help other organizations that are still struggling.

Though the report found an overall three percent increase in revenue for the sector, many organizations were still in the red.

“The amount of groups in deficit really hasn’t moved much and a lot of groups on the margin may not survive,” Mclnerney said. 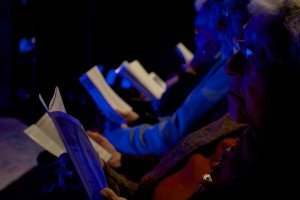 For the Koresh, surviving meant having a community that valued the company’s services.

“The fact that we were able to sustain ourselves was because of our dance school. Class activities were the last things that parents wanted to cut out,” Alon said.

The classes offered by the Koresh regularly serve close to 800 students every month.

In addition to that, the Koresh also received support from the William Penn Foundation in 2009, as well as other foundations, though the contributions only made up a quarter of the company’s contributed income.

Seventy percent of the company’s income was earned through touring engagements and classes.

Organizations that were too dependent on endowments were some of the worst to be affected by the recession.

William Valerio, who became CEO and director of the Woodmere Art Museum in 2010, has credited the museum’s success to its ability to adapt.

Like many cultural institutions, Woodmere experienced a significant drop in endowments during the economic downturn. So, the organization had to get creative and focused on fundraising.

“We had to figure out what made us unique as an institution and how do we get people excited about it,” Valerio said.

The museum constructed programs – like Friday Night Jazz, where visitors enjoy a pairing of wine and live entertainment – to engage the community.

In addition to turning to the communities, cultural organizations also turned to one another in an attempt to keep the doors open.

“Many organizations have formed collaborations or changed how they use revenue. [Organizations] have to adapt. Even the groups that are keeping things level, they’re working harder than ever,” Mclnerney said. 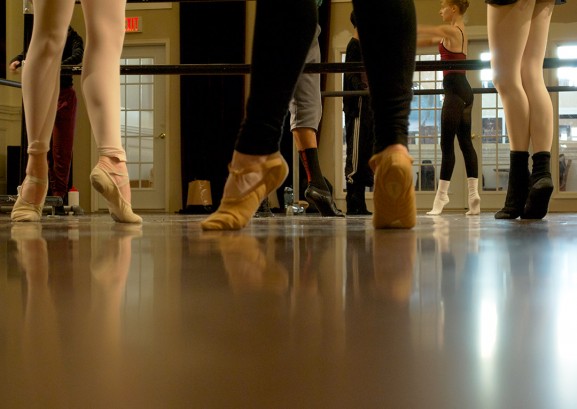 No stranger to doing its own legwork, the Koresh plans on expanding its outreach program, Koresh Kids Dance, to include five public schools by next year.

The program, which currently has partnerships with three Philadelphia public schools, offers dance lessons and performance opportunities to underserved children in the community.

Alon, along with his brother Ronen – who severs as the company’s artistic director – founded the company in 1991, having been involved in the performance art since they were children.

“All of my family were dancers at one point. So we all grew up taking dance classes from when we were 5 to 20 years old. We started [Koresh Dance Company] because we had the passion,” Alon said.

A kickstand jammed its way into a windblown patch of grass at the top of a hill on Radnor High School’s campus. Black rotating tires on a three-wheeled stroller stopped spinning as a small baby [continue reading…]

The site at 3911 Lancaster Ave. was once home to a furniture store, then it was home to a Salvation Army, but then it became another vacant Philadelphia storefront. Hidden behind mature pear trees, people [continue reading…]