As high school students in the graduating class of 2017 in the School District of Philadelphia are preparing for college and taking the SATs, they will also have another weight to add to their already heavy load of stress.

Members of this graduating class will be required to take the Keystone Exams, which measure their proficiency in algebra, literature and biology. Those who do not demonstrate proficiency on these tests run the risk of not receiving a high school diploma at the end of their senior year.

The Keystone Exams were established in Pennsylvania as part of nationwide Common Core standards. These guidelines were developed by the Council of Chief State School Officers and the National Governors Association Center for Best Practices as a way to standardize mathematics and English language arts literacy in kindergarten through 12th grade. Through these tests, creators hope to eliminate the variation in academic standards from state to state. Its practices have since been adopted in 43 states across the country.

Pennsylvania has chosen to adopt its own Core Standards, which slightly differ from the Common Core standards implemented by other states and were approved by the State Board of Education in September. The main difference is that Pennsylvania Common Core will encompass various subject areas on its tests in addition to general English/language arts and math. 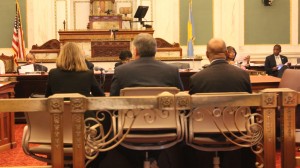 Despite being created as a means of measuring success in students, parents like Karen Lowry, who chose to move her children out of the School District of Philadelphia, feel that schools are placing too much importance on Common Core testing, which also includes Pennsylvania System of School Assessment (PSSA), which students take from third through eighth grade, and again in 11th grade.

“My concern with these tests is that it distills students down to their performance on a very limited number of days,” she said. “It does not look at the entirety of their body of work during the current year.”

Though these exams are given in school districts throughout the state, the School District of Philadelphia is just one of many that finds gathering materials to prepare for these tests difficult, due to the budget cuts in school funding during Gov. Tom Corbett’s term. 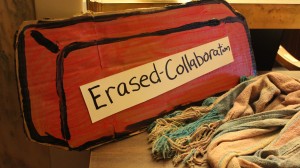 “In Philadelphia, children are at an even greater disadvantage,” said Karel Kilimnik, a retired teacher and a member of the Alliance for Philadelphia Public Schools. “There is no time and there is no money to buy any of these prep materials compared to in suburban districts, where parents are a little wealthier and can send their students to be tutored.”

“The way it works in Philadelphia is that kids take a test in seventh grade and then high schools admit them like college, depending on their test scores,” he said. “Many kids demonstrate a lot of maturity by realizing that they are behind and they really try to rally and put forth a couple years of hard work in hopes that they can get into a good high school, but in many cases the gap has already been created.”

According to Davidson, many teachers are faced with pressure to bring their students up to grade level, even when they are two or three years behind.

“Too often the principal will say, ‘I need you to teach to the standards,’” Davidson said. “So the fifth-grade teacher, regardless of what they think, knows that they are going to be judged on the scores of their fifth graders.”

He said the bigger issue in city education lies in creating a solid foundation for students.

“Unless we can address the fact that as long as kids are moving on to fifth grade without having mastered third grade mathematical concepts, we are going to continue to underachieve globally,” he said. “Teachers are trying to build a house on quicksand.”

In the long run, it is about achieving student success, which parent McDowell believes will not be a result of the Pennsylvania Common Core.

“I really think that our students deserve better than standardized tests,” she said.

Chants of, “Stand up! Fight back!” echoed throughout LOVE Park on Tuesday, Oct. 23. Hundreds gathered to vocalize their concerns about recent threats to transgender civil rights and to show support for the transgender community. […]

https://vimeo.com/93909422] It was an intense and emotional journey leading up to the results that would help decide the fate of Edward T. Steel Elementary School in Nicetown. It would soon be decided if parents and the […]

In the debate about whether to turn over Edward T. Steel Elementary School to the administration of Mastery Charter Schools, the voices for the current leadership at Steel have been loud and clear. They are […]