The Rev. Bradley S. Hauff is the rector at All Saints’ Torresdale Episcopal Church, which is located on Frankford Avenue. Born in Sioux Falls, South Dakota, Hauff has been at All Saints for two-and-a-half years.

He went to Augustana College for undergraduate studies then completed the first part of his graduate degree in education at South Dakota State University. He entered a seminary in Evanston, Illinois, became ordained and worked for the church. He later studied for his doctorate in clinical psychology in Minneapolis.

Hauff has traveled far and wide in his time, and Philadelphia may be his final stop.

What brought you to Philadelphia?

This congregation, All Saints’, was looking for a new pastor. So, they contacted me [while] I was living in Palm Coast, Florida, at the time, and was pastor of a church there for five years. They called me to be the rector here in August 2012, so I’ve been here for two-and-a-half years now.

How’s it been adapting to the Northeast Philadelphia community, and adapting to your parishioners? 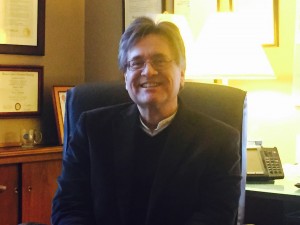 Some of the things that really struck me, which I had never experienced before, were the close neighborhoods that people live in, and the people who have lived here their entire lives. That’s the norm here. I’ve never lived anywhere longer than six years my entire life. I’m used to being kind of a nomad. We have a number of people in our congregation who were baptized here, and now they’re in their nineties. People have great deal of pride and loyalty in their city and neighborhood.

What are some of the major issues facing your community that you’ve seen or experienced?

One of the biggest ones that we’ve seen has to do with the economic realities that people are facing. Financial problems, paying bills and homelessness. Homelessness is a serious problem in North and Northeast Philadelphia, and there aren’t a lot of resources out there for people in that situation. So a couple of years ago, we joined a coalition of congregations called the Interfaith Hospitality Network. As a part of this coalition, what we do here is for one month at a time we have homeless families living here in our building. They live here and we feed them. Then the Interfaith Hospitality Network helps them with other resources like finding employment or alternative housing. We’ve done this three times now, and we’re scheduled to do it again in October.

How large would you say your congregation is?

Right now, we have about 350 people and our average Sunday attendance is about 160. We were founded in 1772, [and] historically our church has been mostly white … But we now have about a 10 to 15 percent black demographic, and as far as churches are concerned, that’s a big percent. I think if a church has 3 percent or more of a different race or ethnic group other than the dominant one, it is considered multicultural, which is a really low percent.

Is there any hope of getting a grade school in the future? 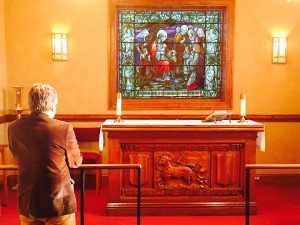 Possibly. What we’re doing right now is finding ways of expanding our offerings to children in the community by doing things in the summer. We are trying to get summer programming at the preschool that could involve a soccer camp, a music camp, and a reading enrichment camp. These classes would take place in the summer during the day. We do have quite a bit of property here so we have the space for activities.

Over your two years here, have you done any work with any other churches for different community projects?

We have what we call our Northeast Ministrium of Congregations. We’re part of it [as well as] St. Luke’s [Episcopal Church], United Church of Christ, St. Ambrose and Faith Lutheran [Church] are part of it. We meet on a regular basis and we involve ourselves in different projects like the Crop Walk. We also do ecumenical worship services periodically.

What is the Crop Walk?

It’s a fundraiser for world hunger. People give sponsorships and donations and then they go on a walk and, depending on how far they walk, they get money from the sponsors. … Another project we do, along with other churches, [is] Saturday morning lunch at St. Gabriel’s Episcopal Church. … They cook food and serve it for lunch for the homeless in that region, and we’re very proud to be a part of that. 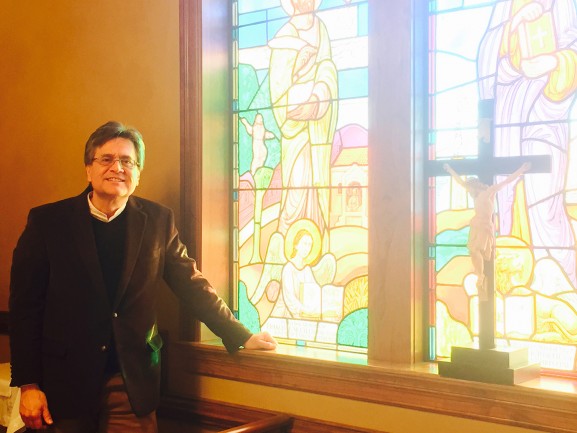 – Text and images by Chris Cornwell and Rich Flanagan.

In a small and stuffy locker room at the Laura Sims Skate House, kids scramble to dissemble their hockey gear. They are loud and exhausted as they just stepped off the ice from a long [continue reading…]

Port Richmond: One Man’s Trash Is Another Man’s Treasure

Robert McCormac is a firm believer in the saying that “one man’s trash is another man’s treasure.” McCormac started out in the salvage business, learning from Jomar retail shop owner, Dick Segal. Segal taught him how to [continue reading…]