Andy German is about to begin his first season as the head coach of St. Joseph’s Prep’s lacrosse team.

We sat down with German as he enters his first season at the helm of his own program. 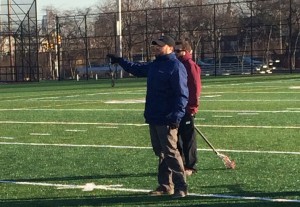 What made you decide to get into coaching in the first place?

I transferred into Villanova as a junior and had to take a fifth year of school to finish my degree. My playing days were over and during that year, I missed being around the sport and being apart of it. I ended up catching a break and got a job at Susquehanna and kind of just fell in love with it. I did that for two years and then I got a job at Villanova. Seven years later, here I am.

Having come from Villanova, what was the reasoning from coming down from the college level to the high school level?

I had been a ‘Nova for four years, coached college for six years, so to do something different. I just received my master’s in athletic administration so the opportunity to potentially getting to that side. There is more of a chance of getting into that at the high school level than the college level. Not that I want to be an [athletic director], but to be on the administrative side of things is something that interests me. With coaching college, there is a lot that goes into it. There’s a lot of recruiting, a lot of travel, a lot of time. So to be able to move to the high school level and meet new people and a new team is good. It was a good move, especially since The Prep has so much to offer. 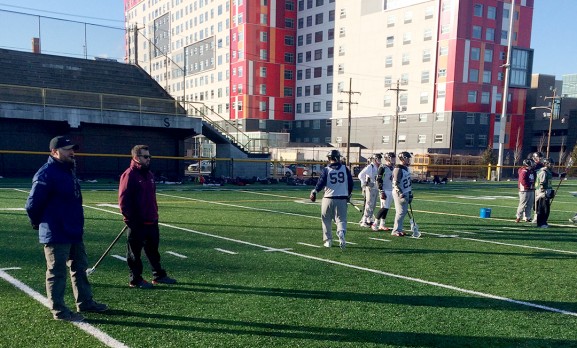 How has the transition been from college to high school been so far? How have you been accepted by The St. Joseph’s Prep community?

It’s been great. The kids have been great. I knew some kids from the recruiting trail and knew some of the parents as well. But [The Prep] is a great place with smart kids, parents seems to have it in perspective in terms of the academic and athletic balance and that really helps. It’s not all athletics all the time. The kids are highly motivated to do good things, to get into college, and The Prep demands that of them. I think that’s really helped. 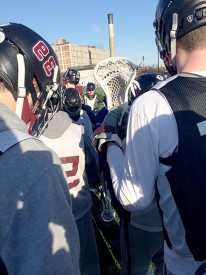 What are some of the hardest parts of coaching?

Losing. You know, Coach [Bill] Tierney out in [University of] Denver always says that losing is worse than death because you have to live through losing.

How do you see your season this year?

It all comes down to coaching. We have a lot of talent and for us it’s going to be a year-long, a season-long process to make sure that we’re playing the best we can in the middle of May towards the end of our regular season, getting in to the Catholic League playoffs. That’s really when we need to be playing our best.

We’re going to have some ups and downs but as long as we’re peaking at the right time, then our season will be a success. Success can be defined in a million different ways, not just wins and loses.

– Text and Images by David Glovach and Evan Bohner.

Fishtown has been recognized as one of the hottest neighborhoods to live in the city. This riverward has a booming and hip arts, drinking and food culture. After eating a warm Bavarian pretzel at Stephen Starr’s [Read More]

The Philadelphia Shamrocks are a youth athletic club located in Northeast Philadelphia that promotes and participates in the game of camogie. The club is governed by the Philadelphia Divisional Board of the North American Gaelic [Read More]

Thousands of families in Philadelphia recently sat down at their dinner tables to enjoy a Thanksgiving meal complete with a turkey and all the fixings. The meal is the culmination of the time they spent walking [Read More]