Luka Lakuriqi has made it his mission to make the Mayfair community the place to be in the Northeast.

Now, as times are changing, it is up to Lakuriqi and his team to keep Mayfair current.

Could you tell us a little about yourself and how you came to be with the CDC?

I’m the executive director of the Community Development Corporation, which is a non-profit organization. We are funded through a city program, which is a tax credit program.

My background is in architecture and architecture is very much about improving neighborhoods and the way of life. While working at a firm before this, I entered the Citizens Planning Institute, which is located downtown, for all people who want to be involved and are enthusiastic about making some sort of change in a neighborhood. I entered that program and through some contacts there I was introduced to the CDC. I asked to be involved and now I am its director. 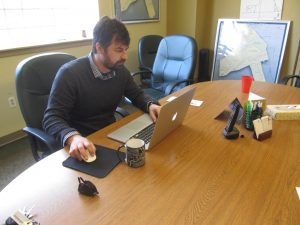 My main role is essentially to be a liasion between the community, people, businesses and city.

From organizing events to every issue that basically exists, we have a very active council in the neighborhood that helps out when issues are beyond my capabilities to handle. Community events, night markets, fixing blighted properties, dilapidated homes are all ways we get involved with the city.

Mayfair has changed in some ways and has stayed the same in other ways. Can you speak about what has changed and what hasn’t?

I’ve lived in Mayfair since 1995 and practically grew up here. The topic comes up a lot. To me, it’s a very natural cycle and process that cities and their neighborhoods change. I don’t care if it’s Philadelphia, New York, etc.

Mayfair used to be more family-oriented but there are still plenty of small businesses still active in the community. There always will be. Frankford Avenue has played the same role since it wasn’t even an avenue. It was called the King’s Highway. It’s always been this place for exchange, binding neighborhoods together all the way to Fishtown, to Northern Liberties.

Neighborhoods change and yes, I embrace change. If neighborhoods stayed the same, I think it’d be boring. It makes my job challenging, but I’m all for it and following the natural cycle.

How have you seen the community embrace these changes?

What I think is important for people to understand is that this neighborhood has been this blue-collar neighborhood. It’s been a starting point for some people – whether it’s immigrants, people with low income, etc. Once they were in a stable place, they would move on to bigger and better places.

This is what Mayfair is about.

Now, new families move in and they continue the cycle. I tend to be one of those that like it here. I like the proximity to I-95, the fact that I can be in the city in 20 minutes but still have a front lawn, a garage, etc. These are more of the things that people should be focused on with the good parts of the neighborhood as opposed to some renter moving next door.

If the neighborhood is friendly enough, they will eventually buy a house. It’s a starting point and it has to be engraved into people’s heads that we cannot go back 20, 30 years. You see it with technology, with Amazon and things being bought online, businesses working online. It’s tough times but those who can adapt are lucky and those who cannot, it’s unfortunate, but they move on.

What do you love most about your role in the community?

I get to have a direct impact on what happens. What I tackle first is people’s perception of the neighborhood. It’s easy to find bad things, but my role has been focusing on pulling out all of the good parts. I see through social media and the night markets that the perception has changed and people are starting to focus on the neighborhood. I work directly with people in a community and I get to actually witness change with them. 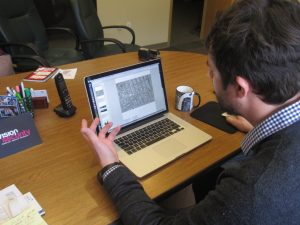 It is a neighborhood in a big city but it still has that small town, suburban feel.

When I talk about change, that’s the one thing I never want to change. I don’t want Mayfair to lose that touch. I love being in the city but that small town feel is very precious.

Are there any upcoming events you would like people to know about?

In the summer, we are a very active organization.

Mayfair Night Markets have been a big hit. Last year, we had about 40 vendors, thousands of people and food trucks. They are going from June to October. All of these urban characteristics bring them into a small town feel.

The Pennypack Park Music Festival hosted by the Mayfair Civic Association is also a big event. We are also active every week in local schools hosting cleanups and volunteering. We are always looking to attract new businesses like coffee shops, which is one thing Mayfair is lacking big time right now.

-Text and images by Bryan Fink and Julianne Johnson.

The Rev. Cynthia A. Jarvis has been the minister of the Presbyterian Church of Chestnut Hill since 1996. She has been a leader within her ministry changing the way people in Chestnut Hill view the [continue reading…]