Frank Chance (above) is secretary of Friends of Clark Park, a nonprofit corporation and volunteer organization that helps improve and maintain Clark Park in the Spruce Hill section of West Philadelphia. Chance previously served as the president of the organization from 2007 to 2009.

Why did you join Friends of Clark Park?

We live about a block away from the park and in the middle of the 1990s, we got a French Bulldog who decided that she should take me for a walk every day – at least once a day and sometimes twice a day. Spending a lot of time in the park, I determined that I should be responsible for the place that I spend time in. I started going to Friends of Clark Park meetings, first as a member and I gradually got turned into a board member and an officer and so forth. 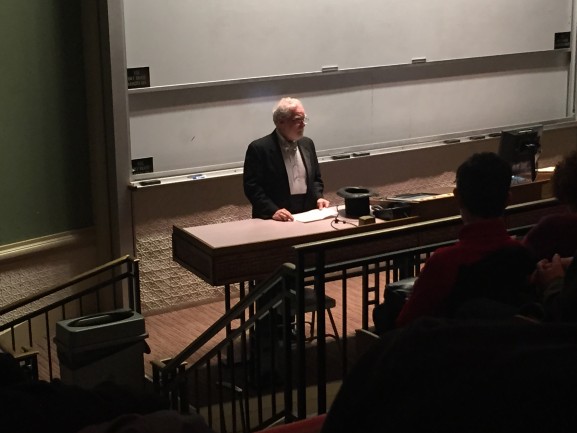 How do you think Friends of Clark Park have affected the community in West Philadelphia?

Well I think in the twenty years or so that I have been a part of it, it has been a real force for keeping the park clean and neat and looking good. It’s been a major gathering place for people in the neighborhood. We see a lot of visitors and the park gets a lot of use. That’s partly because it’s clean, it’s taken care of and it’s a nice place to hang out.

Frankly, when I moved into the neighborhood 20 years ago, I had people telling me don’t go to Clark Park because it’s not safe and it’s not a good place to be because its dangerous. But I ignored them. I went there anyway. It certainly today is a lot safer and a nicer place then it was 20 years ago. 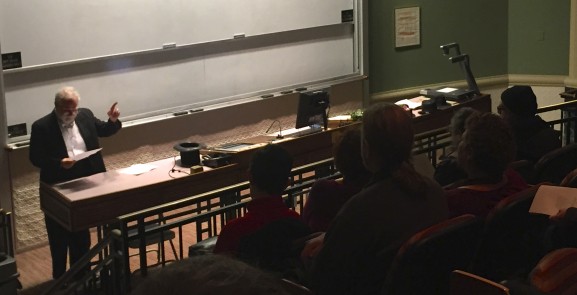 Are there specific goals that Friends of Clark Park hopes to achieve this year for the park and its community?

I don’t think we have any big stated goals for this year. A lot of projects are ongoing. We are always working on projects that we think improve the park. We try to get feedback from all the members of the community before we do anything drastic but for this year we don’t have any real big plans. We are looking at a couple of little ways to improve the park and keep things going. 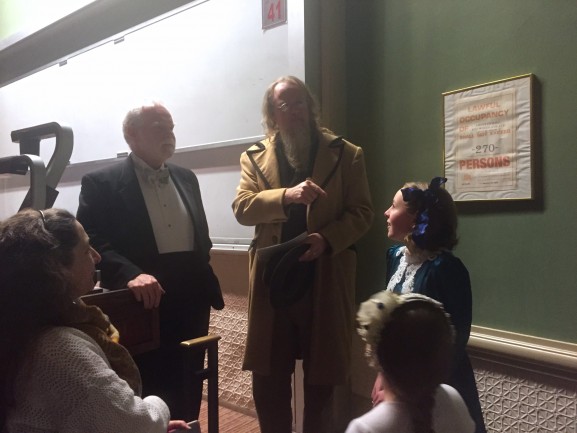 Where does the organization look for funding for projects for the park?

In the past, we have gotten funding from the city, the state and the federal government. We have also gotten funding from small foundations. There is a fee for membership for Friends of Clark Park and that money all goes back into the park. We occasionally have people who just give us money presumably because they like the park and think we doing good things for it.

You have an extensive background in Asian studies and multiple degrees in the history of art. How has that helped you serve the community?

It is good because in the immediate area around the park there is an increasing number of Asian heritage families living in our neighborhood. Secondly, because I am an art-history person, I have been involved with the kind of art and public space that incorporates nature basically throughout my career. I was also director of the Japanese House and Garden in Fairmount Park for a while. That is just another example of park work that I have done and public space that I have been involved with.

Since moving to Cedar Park in 2006, Mao Elliott has begun his morning the same way nearly every day.  He grabs two leashes and leads his chihuahua and lab mix to nearby Clark Park. Once [continue reading…]

Eun Kim is a fashionista who had been searching for good quality, high-end fashion accessories for a reasonable price. After countless journeys through several malls, outlet malls and department stores, she was left with only [continue reading…]

[vimeo 75108245] On Lancaster Avenue, stands a gated storefront with the acronym “LAVA” on a sign next to the door.  Many people pass by the storefront daily but few venture inside or even know that it [continue reading…]