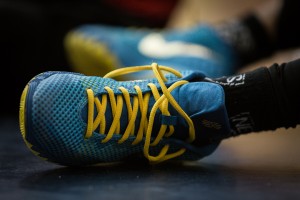 It slipped out of someone’s mouth.

There are consequences when that four-letter word gets uttered. Not the bar-of-soap “Christmas Story” consequences. There was no swear-jar on-hand storing allowance money. No time-out corner to get exiled to for some quiet, reflective time.

But there was a sideline and a half-court line. And there was the whistle-blowing coach Antoine Brown who was not accepting that kind of language on his basketball court.

Saying the word meant mandatory sprints for the 40-some kids attending a basketball skills training session at Hunting Park’s Lenfest Center on a recent Sunday from 10 a.m. to 2 p.m.

“No one is allowed to use the word can’t,” Brown said as tiny-sized Nikes hustled from line-to-line. “You can do anything you want to do.”

Brown, 32, is one of the volunteers behind Shoot Basketballs Not People, which was started in 2013 by director Garry Mills. The nonprofit holds skills development clinics for youth ages 8 to 16. The six-week sessions cover the basics – ball handling, defense, shooting, passing, court IQ – but with a blunt name like Shoot Basketballs Not People, coaches are looking to improve more than just on-court skills.

“A lot of our kids have dealt with some serious stressors,” says Mills, 32, who started the nonprofit after quitting an unfulfilling gig in corporate America. “They’ve seen fathers get killed. They’ve seen their fathers incarcerated, single parent households, divorce…They need the male figure, not just from an alpha male perspective, but that love that a father, big brother or uncle can give, that’s what the volunteers and I bring in.”

Mills lost 13 friends to violence growing up. Shoot Basketballs Not People is his attempt to keep kids engaged and on a path to becoming good citizens rather than getting caught up in “the streets.” The program serves about 125 kids. 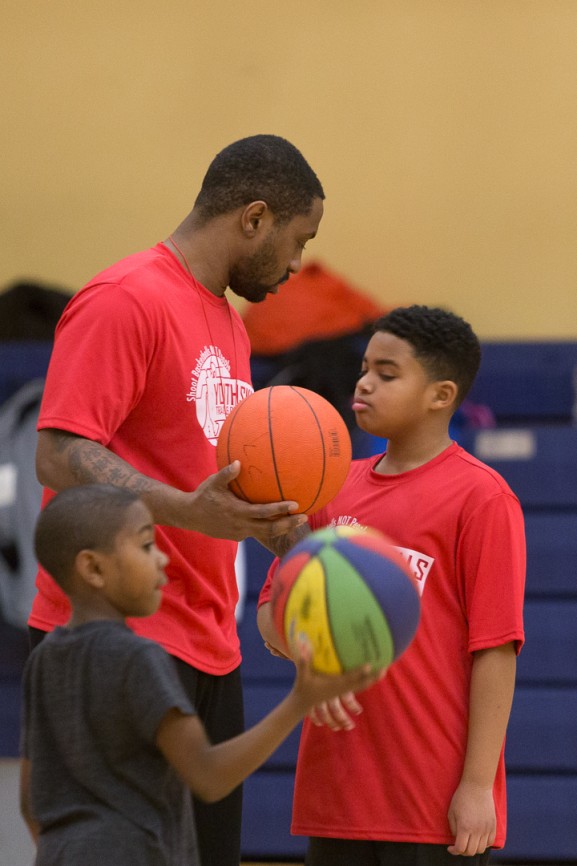 “That’s the part of the program that’s different from others,” says Mills. “We’ll go the extra mile to make sure the kids have that support when it comes to having someone on the sideline at games, or whatever it is they need.”

Brown made the rounds before skills training on a recent Sunday to pack 10 kids into his SUV. About the same number of kids gathered around his television on Superbowl Sunday. He has three kids of his own, but says the 100-some in the program are included in the lineup, too. 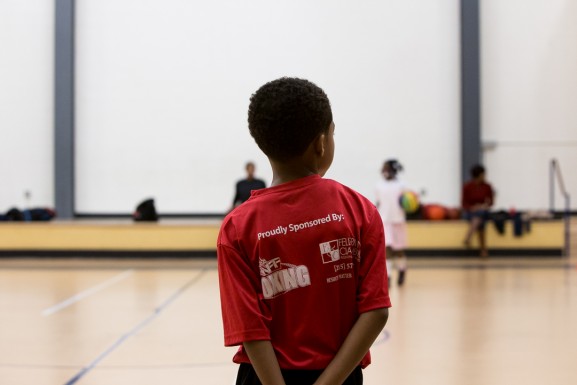 “With so much chaos and confusion and negativity going on in the world, I want them to know they can do anything they put their mind to,” says Brown. “There are people in jail who are talented and didn’t have anyone to give them advice, to tell them that there’s a different way to go. If you can do it out on the court, you can do it out in the world.”

Deborah Pindle says she’s seen a difference in her 10-year-old son, Dylan, since he started at the program.

“It has opened him up,” says Pindle, 41. “He’s more of a people person now. He’s meeting other children in neighborhoods that may not go to his school.”

Brown hopes the program instills in kids the importance of looking out for others, which he says is less and less the case these days in a society that values individualism.

“The biggest accomplishment will come when I see these kids get scholarships and go off to college and one day come back to say, ‘you helped me out,’” Brown said. “I hope we show them there’s a better life.” 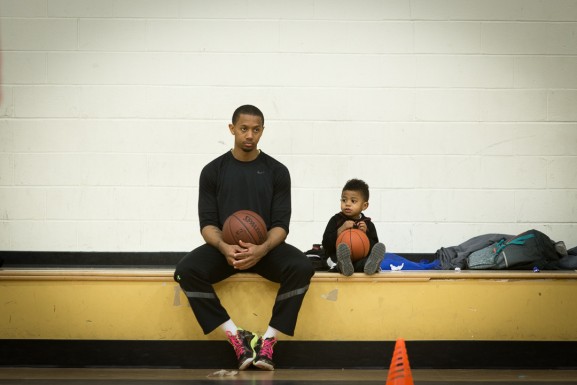 – Text, video and images by Ed Newton and Cara Stefchak.