Jim Ortlieb became active in his community in 1989 when graffiti began popping up on the backs of businesses on his block of Frankford Avenue. At 19 years old, he took it upon himself to go out, buy some paint and cover the graffiti himself.

“I saw a kid with spray paint and chased him into a crowd of about thirty people,” said Ortlieb. “I would wake up at 2 a.m. and paint so by the time people would wake up, the graffiti would be gone.”

Ortlieb’s father, Bill Ortlieb, continued to cover up graffiti and clean up the street after the younger Ortlieb moved out.

“I guess we have the same trait of helping the community,” said Jim Ortlieb.

Bill Ortlieb said he is very proud of his son for everything that he has accomplished.

“It feels wonderful to have a son active in the community,” said the older Ortlieb. “I’m proud to be his father.”

Bill Ortlieb, a community activist as well, won an award from the city for cleaning up the graffiti and participating in city functions.

“I often thought that Jim did so much more than me and that he should have gotten the award,” he said.

Not only is Bill Ortlieb proud of his son, he also looks up to him and what he does for the community.

“He’s involved with the civic association and did a tremendous amount of work getting people to help clean up the neighborhood,” Bill Ortlieb said. “He goes to all of the meetings and voices his opinions and encourages the businesses to clean up.”

Jim Ortlieb is also treasurer and membership coordinator of the Mayfair Civic Association, and took it upon himself to create a real clean up organization for the neighborhood.

“I was in a Philly spring cleanup one year and I noticed they didn’t have one in Mayfair,” he said. “I went over to Tacony and had a cleanup with my son.”

A year later, Ortlieb asked the civic association if there would be a cleanup in Mayfair. After hearing his appeal, Joe DeFelice decided to appoint him as chairman of the clean up committee. 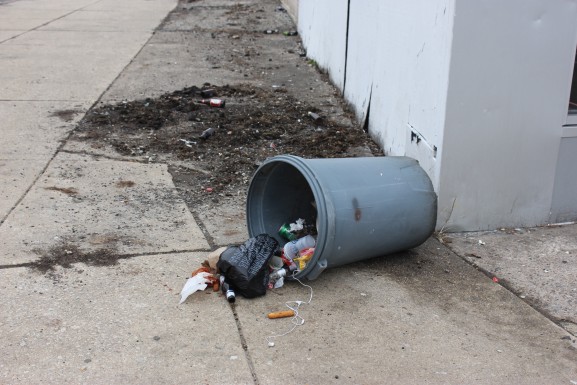 “Jim came to one of the meetings and talked about how dirty Frankford Avenue was looking, so I made him chairman of the clean up committee,” said Joe DeFelice, former president of the Mayfair Civic Association. “Since then he’s gotten involved in our Farmers’ Market, and in our Third Thursdays. If we can start showcasing the wears of people like Jim in our neighborhood by putting out positive stories of things they’re doing in the community, it shows a sense of neighborhood pride that sometimes is missing in the media.”

Anna Stacey, co-president of the cleanup group, said that Ortlieb is very organized and down to earth.

“We split up our roles so he’s more of the logistics kind of person getting the supplies and I’m the person on social media getting people together for the cleanup,” said Stacey. “We work very well together and I enjoy spending time with him cleaning up the community.”

According to Stacey, Ortlieb also developed a good relationship with CLIP, the Community Life Improvement Program, who provides them with supplies for the clean up.

Ortlieb also makes time to instill civic pride in his own two kids, Nicole, 19, and Andrew, 16, by taking them to cleanups.

Along with his community involvement, he holds a full time job at Thomas Jefferson University, where he is also earning his bachelor’s degree in health services management. He started working at the hospital when he was 18, scrubbing floors, working his way up to the human resources department.

Ortlieb is also known around the hospital for his photography. Different departments at Jefferson sometimes contact him when they need photos to display in their waiting room.

Even though it doesn’t pay the bills, he loves taking pictures. 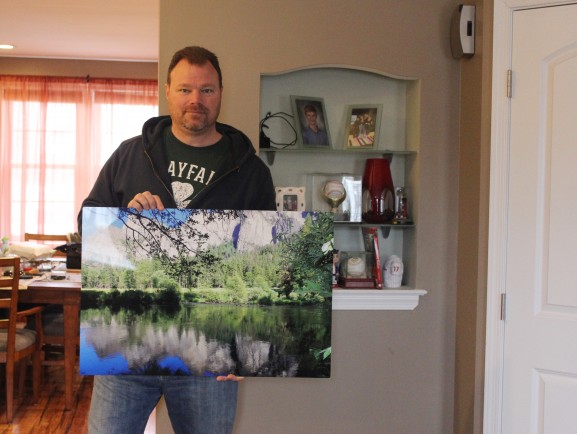 “Wherever I travel, I take thousands of pictures and Philly is a big part of that,” said Ortlieb. “I don’t make a lot taking pictures and I really don’t care. I just love to do it.” 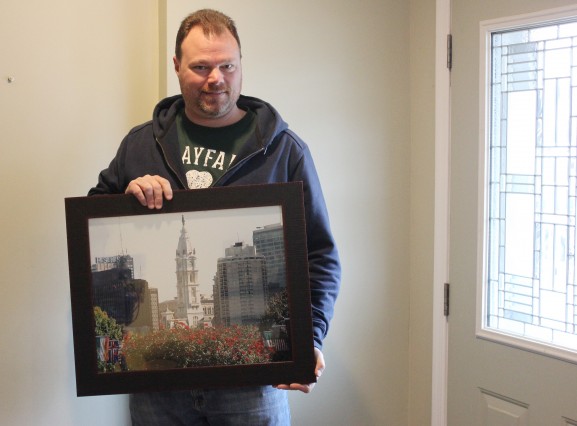 With all of his work around the neighborhood, one of his most important jobs is right next door. Since the four years they have known each other, Ortlieb has developed a close friendship with his neighbor, Kristina Powers, who described him as “a great guy.”

“He’s definitely a great neighbor,” said Powers. “That’s one of the reasons why were still in the neighborhood. He’s a great person to live next door to. He takes care of his property and really cares about the neighborhood and trying to keep its reputation up.” 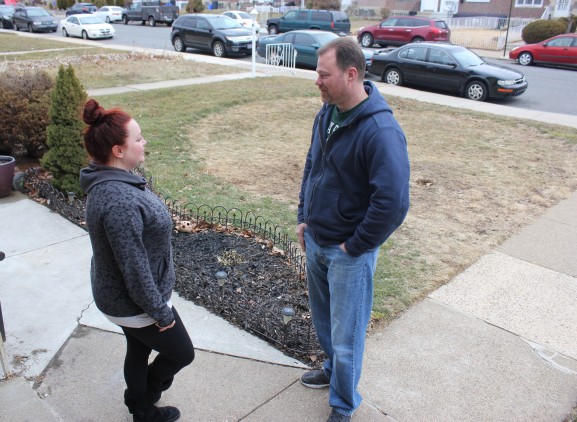 Powers is fully on board with what Ortlieb is doing in the community.

“I think it’s really great,” said Powers. “I think they definitely needed somebody to take charge. He kind of stepped up to the plate and is organizing all of these clean ups and making the neighborhood look better than it did.”

Text, photos and video by Allie Kachapuridze and Siobhan Redding.

https://vimeo.com/59813838] In 1887, the Stein family delivered flowers throughout Philadelphia via horse and buggy. The horse and buggies might be gone, but more than 125 years later, Frankford Avenue’s Stein Florist is trying to maintain [continue reading…]

The 3500 block of Ryan Avenue was transformed into a small street fair Sunday during a preview of the Mayfair Farmers’ Market due to open in April 2013. Although the market will not be open [continue reading…]