Few people ever get their dream job. Fewer people get to do that job for over 45 years. And far fewer get that job without a college diploma.

All of his success has earned Morris induction into 10 Halls of Fame, including the Philadelphia Catholic League Hall of Fame, the La Salle University Hall of Athletes and Philadelphia’s Big 5 Hall of Fame.

But there was a time when coaching any basketball at a high level appeared out of reach. 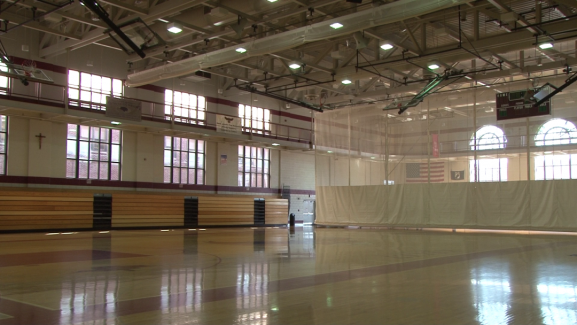 “It always was my goal to coach at Roman but my dilemma was I didn’t have any college degree,” said Morris, who graduated from Roman Catholic High School in 1960. “I didn’t go to college. So I was coaching CYO [Catholic Youth Organization] basketball at St. John the Baptist in Manayunk. We would participate in the Roman tournament every year and I would tell the principal, ‘I wish I could be the freshman coach here.’ And they said, ‘You can’t be a freshman coach. You don’t have a college degree. You need a degree.’”

Those doubters ended up very wrong. In 1966, he was hired to be the junior varsity basketball coach at Roman Catholic. Morris was 24-years old at the time, the youngest coach in the Catholic league. One year later, he was coaching varsity.

“I was too young to think about it,” said Morris. “I just was so happy to coach and to be coaching at my alma mater. It was great and I enjoyed every minute of it.”

In his second year at Roman, Morris brought the school its first Philadelphia Catholic League title in 27 years. Morris holds the highest winning percentage in school history and enjoyed a lot of success at his alma mater, before he was abruptly fired after coaching at Roman for 14 years.

Morris spent the next few years after that in two coaching stints with Philadelphia area high schools before college called. 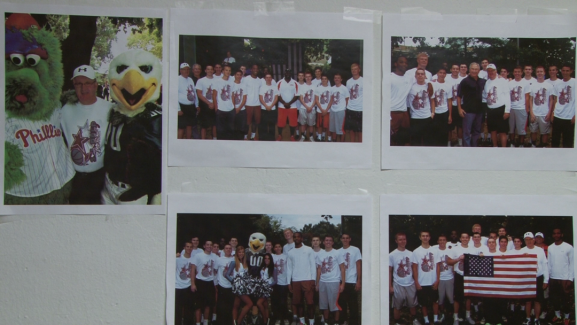 While teaching at his basketball camp, Morris got a call from his friend Joe McNally. McNally’s wife was the Women’s Athletic Director at La Salle University and wanted to know if Morris, who was coaching basketball at Penn Charter at the time, would coach La Salle’s women’s basketball team. He said no. Morris just didn’t want to coach women’s basketball but said thanks anyway. But then McNally called him again the next day asking if Morris was willing to meet with his wife over lunch the next day. Morris agreed.

“I drive down and meet with her at a restaurant in Jersey,” Morris recalled. “They offered me tuition remission to go to La Salle. Now my oldest was going to be a freshman at Penn Charter. I was looking forward to coaching him. He was looking forward to playing for me. But I got the opportunity to send the kids to college and not have to pay tuition. So I talked to my wife and I took the job.”

Morris coached the La Salle’s women’s basketball team for two years and brought the school their first women’s conference title. Just like at Roman, the championship came in his second year. But just before that championship game, Morris got a call from Bill Bradshaw, the La Salle athletic director, asking him if he wanted to coach the men’s team. No interview needed, just the job offer. 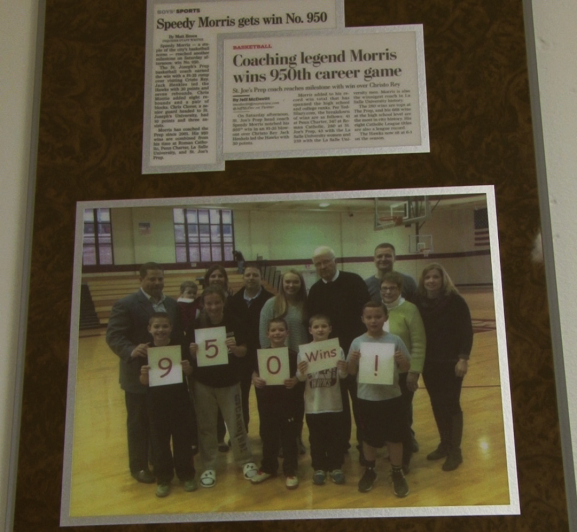 “So after the game, we win, the coaches and the girls are smoking cigars we had a big party afterwards,” said Morris. “But I was going to be the men’s coach I was ecstatic.”

Incredible success once again followed Morris during his time as the men’s coach at La Salle. It started with a conference championship, once again in his second season with the team, and NCAA tournament berth. More NCAA tournament appearances followed, including a 30-2 season with a national ranking, but it didn’t last. A change in conference and not enough of an increase in recruiting and travel budget made it difficult for Morris to keep his team competitive. Losing seasons eventually resulted in him being fired from La Salle in 2001.

“You know, it was disappointing, all the losing seasons at La Salle,” Morris explained. “I had never lost before. I had 25 straight winning seasons and then to lose seven or eight times consecutively at La Salle, it hurt.”

Morris had been a rare case, a Division I college basketball coach without a degree, but he has reached heights most basketball coaches and players have only dreamed of. In 2012, he was nominated to the Naismith Memorial Basketball Hall of Fame by former Temple University head basketball coach, John Chaney. 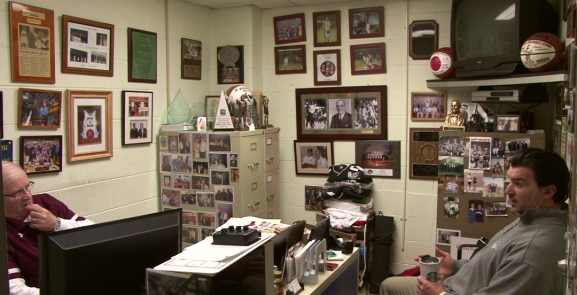 Offers to be the coach of various college basketball programs – and a coaching job in China – came in after he returned to high school. But he turned them all down.

A gold medal in the Pennsylvania state tournament still eludes Morris but that isn’t why he keeps coaching. He loves working with the players and his coaches and loves seeing them succeed. Morris plans to continue coaching as long as he can but knows that eventually his coaching career will end.

“It’ll be tough very tough, I know that,” Morris said thoughtfully. “But I’ve got grandkids. It’ll keep me active watching them but it would be tough. I don’t know hat I would do. I don’t golf. I don’t have any hobbies. So this is my hobby. This is my life right here.”

The Bridesburg community is in the midst of a major change. The Philadelphia Department of Streets has embarked on the first new major road creation in more than a decade – the extension of Delaware [Read More]

The Mt. Airy-Nippon-Bryan-Cresheim Town Watch was originally started as a town watch 25 years ago but has become so much more since. Steve Stroiman, the coordinator for the neighborhood association, realized in order to stay [Read More]