When it comes to outdoor sports, basketball, softball, football and soccer are popular and played competitively. When the seasons change, though, the real action moves indoors.

One of the competitive sports during the colder periods is bowling. People display their skills at Erie Lanes in Juniata Park through 40 leagues. These leagues range from youth to senior citizens, with various levels of competition.

Among the teams, there’s one group standing above the rest in the Tuesday Nite Out League.

“It feels great to be on top,” said Chauncy Boykin of the league-leading Rah Rah Boyz. “As much trash we talk we gotta stay right there.”

Named after Rasheeda Greer, the Rah Rah Boyz developed a team chemistry separating them from the other competitors.

“It took us some time to gell but [we’re] gellin now,” said Boykin. 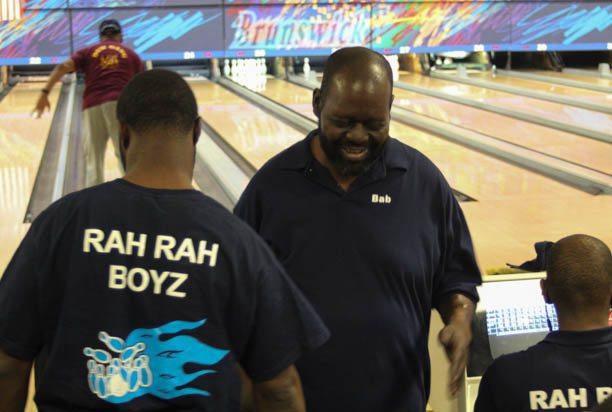 The Rah Rah Boyz have seen their share of success this season and can be partially credited to Amin Hollis.

Hollis, 32, after starting with a 164 average, has developed into one of Erie Lanes’ higher scoring bowlers. Having bowled 36 perfect games (300) during a nine-year span, Hollis acknowledges the luck he’s had and the hard work he’s put forth.

“You can’t be good without having some luck,” said Hollis. “[There are] so many different variables in this sport you can’t control.”

The interest in bowling for Hollis began when he was introduced to the sport at the age of 17. It started when Hollis joined his friend with his friend’s grandparents and discovered his passion for the game.

“[My friend’s grandparents] introduced me to a league and I’m like, ‘Okay, this is cool,’” Hollis explained. 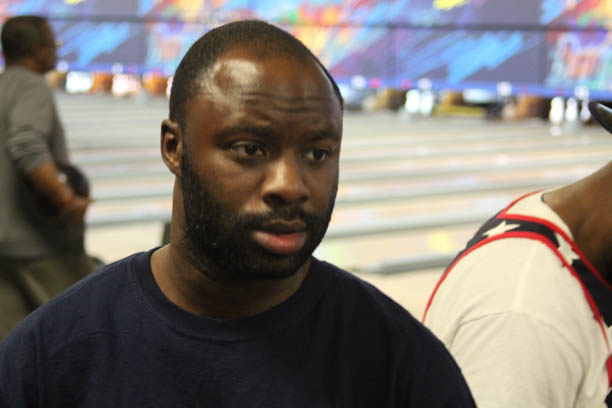 Aside from bowling, Hollis has been a member of the military for the past 14 years, including four years active with the Air Force. He currently serves as an accountant for the Navy.

After his tour of duty with the military, Hollis returned to the lanes and became more active.

“[I] came back home and that’s when I started [bowling] on my own,” said Hollis.

Perfect games are not the only thing Hollis contributes to Rah Rah Boyz.

“He pushes you because I want to be as good as [Hollis and Robert Nurse],” teammate Freddy Jones claimed. 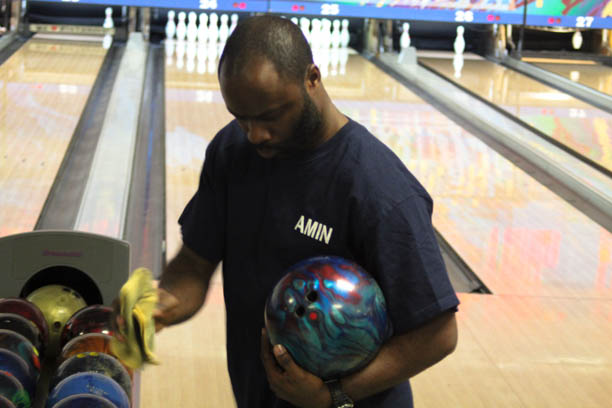 Jones, who has bowled with the Rah Rah Boyz for 10 years, thinks highly of his teammates.

Compared to other leagues Hollis acknowledges that the Tuesday Nite Out League isn’t as competitive.

“This is more of a fun league,” said Hollis. “There’s competition but it’s not heavy as it is in most leagues.”

Hollis knows that despite bowling in a league for enjoyment, there’s money to be earned. Depending on the league, cash prizes are awarded at the conclusion of the season.

A few weeks ago, Elena Flagiello saw an old student while on the street. Flagiello, a speech therapist for the School District of Philadelphia, waved her hand to say hello, but the female student didn’t [continue reading…]

Three different Instagram accounts, giving Black and brown students a place to talk about their experiences with race in Philadelphia’s schools, call for a change of the culture on campuses. [continue reading…]