Created in 1968, the organization then used the Imani Pact of 1974 to get 80 gangs to pledge peace. More than 40 years later, the peace still exists between those gang members.

Fattah continues to fight the good fight in the community.

So, what is the primary goal of House of Umoja?

To save lives. And to improve the quality of life. 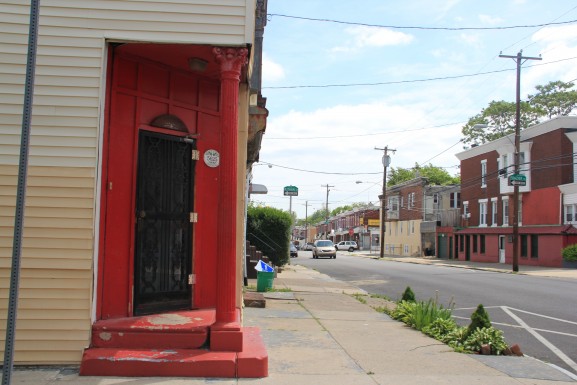 Does it expand outside of west Philly?

What types of programing?

Well, first we had 40 years of a residential program. More than 3,000 boys lived here. And they came from all over the city, not just west Philly. We own 22 buildings on the block. That lasted up until five years ago. We stopped in 2010 due to financial difficulties and we were getting older. We took two years to figure out what we waned to do next. That’s when we decided we wanted to turn it into a campus. That’s our goal.

That sounds amazing! Good luck in that.

It’s going to take a lot of luck!

House of Umoja is a really good idea. How did it spread?

That’s good. Can you give me an example of one?

Well, basically using the family to save the family. We loaned our family to the boys we would watch.

That’s interesting. When did this all start?

Who helped you put it all together?

A lot of people! Originally, House of Umoja was a publishing house, mainly with volunteers. I began to receive letters wanting to know why it was in the city of Philadelphia that children killed each other.

We’re talking 1969, when Philadelphia was the gang capital of the country. It was known as the “Year of the Gun.” I had no idea why the kids were out there killing each other. So, I asked my husband, who told me about his days in the street—bragging a little bit about his adventures. I asked him if he would research what the problem was about so I could get a handle on it. He gave me a lot of gory statistics, to which I was just compiling information at that point. Then he came home one night and told me that my 16-year-old son was a gang member. Up to that moment, I had no idea. It touched my life.

I began to think about what I could do but didn’t know enough about it. I wanted to bring my son’s gang to live with us so I can get hands on [experience]. I asked my husband and of course he told me no and said I was out of my mind. But I kept bugging him and soon he just said, “I don’t care what you do. Just don’t talk about it.”

And that started the changeover from communications to dealing with young people. 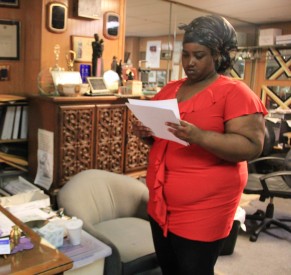 Do you feel like this organization is one for your best accomplishments?

Yes, I do. This is our 47th year now. We’ve been around long enough to see the men who used to be the boys. They come by and write, and they are always telling us how important this was [to them]. In terms of saving lives, we know we did that.

Does the House of Umoja work with any notable organizations?

The Center of Disease Control called us in as consultants. They were looking at violence as a health issue. We’ve also worked with the National Organization of Black law Enforcement, called NOBLE. We also work with the CeaseFire organization.

Have you guys ever worked with law enforcement? 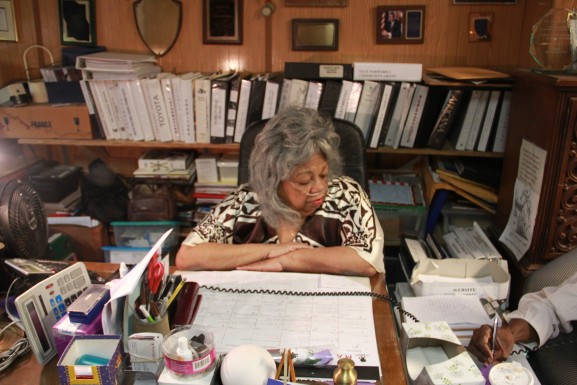 So, do you see this as a political movement?

We have been. We started out getting the gangs registered to vote. We wanted the kids to understand how politics played a role in their lives. We organized the gangs to vote. We were going gang by gang. Dave took them down to register to vote, and the registrar guy totally got shook up.

I received a telephone call and all I hear is, “Your people are down there! Your people!”

I asked what they were doing and he said they were registering to vote. Well, isn’t that what they are supposed to do?

It was funny because they had a section where you’re supposed to put down your occupation and they were putting down “gang member.”

That’s hilarious! And thank you for all of this! There’s just one more question. With everything, including House of Umoja, how far do you think Philadelphia is away from a complete anti-gang community?

I don’t know. We know there’s a lot of anger right now. We are exploring for a solution. [Eliminating gangs in the community] is one of the reasons why we are doing this.

– Text and images by Matt Cassidy and Amber Clay.

A group of entrepreneurs sat in a conference room on a recent Wednesday for diverse reasons: one woman sought guidance on solidifying her cookie business with a brick-and-mortar store; another hoped to develop an online interior [continue reading…]

Chilean artist Jacqueline Unanue teaches a children’s art education program with a focus on a holistic curriculum in West Philadelphia. The Children’s Art Education Program is for children 2 to 5 years old and takes [continue reading…]