It becomes all too easy to see a police officer or a firefighter and only associate them with their job but in reality, they are much more than that. They have family members and loved ones and hobbies that they enjoy.

For some, their jobs are costing them their lives because they have a passion to protect others.

Gennaro “Jerry” Pellegrini’s desire to help took him all the way to Iraq where he served his country. Before that though, he was an officer in the 26th District who proudly wore his retired father’s badge number and had a dream of becoming a professional boxer.

Unfortunately, he was never able to fulfill that dream because he was killed from a landmine explosion overseas in 2005. Pellegrini was the first Philadelphia police officer to die in the war in Iraq and the first soldier to be honored at the Mayfair Fallen Heroes Run this May.

“He was a hero, he definitely was,” said Kim Pellegrini, Jerry Pellegrini’s sister. “He was very caring. He was a good guy. I would say he was my best friend.” 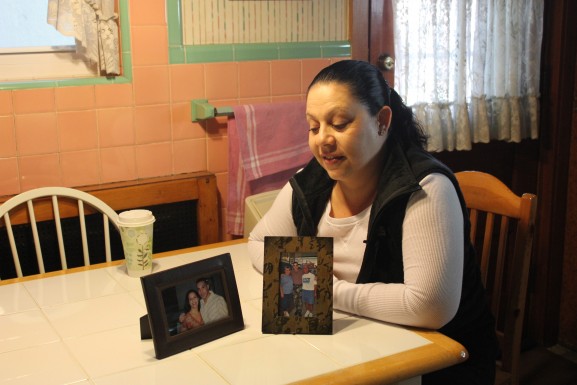 While sitting next to photos of her brother wearing his uniform and a big smile, Kim Pellegrini reflected on the years she was able to spend with him and discussed her hopes of an increased awareness for people like her brother.

“They put themselves in front of harm’s way to keep the community and the country, for the military, safe,” she said. “I think with every tragedy that occurs, people are made more aware of how much they put their lives at risk for our safety.”

The Philadelphia Police Department responded to more than 3,000 reports of robbery and nearly 10,000 burglaries in homes and businesses in 2014. This has been a steady number throughout the years in Philadelphia, according to the department. Responding to these calls is dangerous, but it’s what officers vow to do in order to protect their community.

According to the Officer Down Memorial Page, there has been a reported 260 deaths of Philadelphia police officers since 1828. The most common cause of death is from gunfire, accounting for 126 of those deaths. The list also includes death caused by stabbing and assault. The deaths are mostly men, with five women dying in the line of duty.

As for firefighters, there have been 84 deaths in Pennsylvania between 2004 and 2013, according to the U.S. Fire Administration. Just last year, Joyce Craig-Lewis was the first female firefighter to die in the line of duty. She was a mother of two.

Jerry Kots, a retired Philadelphia firefighter knows that death is a reality in this line of work.

“These are ordinary people,” he said. “They put their uniforms on every day and go to work not knowing if they’re going to come home or not. The hope is that we do but it’s always in the back of your mind that you may not.”

Aside from sponsoring the Mayfair Fallen Heroes Run, Kots and the Philadelphia firefighters have also taken their own steps to honoring those who have lost their lives with the Hero Firefighter Plaque Program started by honorary Philadelphia Fire Commissioner James Binns.

Embedded into the sidewalk outside of the firefighter’s union hall and all along its wall are several plaques with deceased police officers’ and firefighters’ names on them. So far there are 65 plaques, but that number is expected to increase to a total of 285 plaques.

“These are people’s fathers, uncles and family members and they should be remembered and honored,” McDermott said.

Many of the past officers and firefighters who have been honored at the Mayfair Fallen Heroes Run have been someone’s parent or spouse. 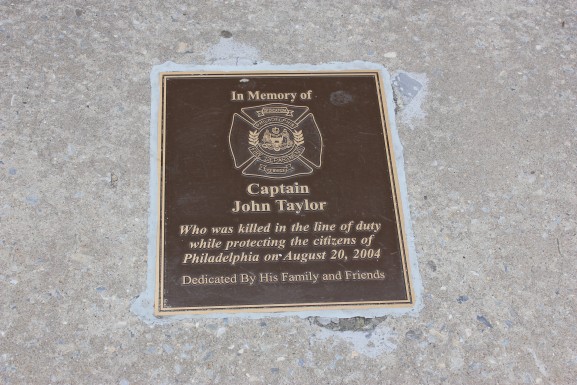 In the 2014 run, John Taylor from Northeast Philadelphia was honored for his work as a fire captain, including a heroic act in which he saved a man from a collapsing building in 1992. The job ultimately claimed his life in 2004. He left behind a wife, stepson and two teenage children.

Similarly, Chuck Cassidy was honored at the 2013 Mayfair Fallen Heroes Run for his work as an officer in the Philadelphia police department. He passed away in 2007 after he walked into a Dunkin Donuts that unbeknownst to him, was being robbed. The robber shot Cassidy who died the following day. He had three children, two in college and one in high school, and a wife.

Kim Pellegrini is excited that her brother is being honored this year at the run since the 10-year anniversary of his death is approaching. This will be her first time at the Mayfair Fallen Heroes Run, where she will be walking with her head held high in memory of her little brother.

LGBTQ: Serving the LGBT Community as a Unified City

An anonymous letter landed on the Philadelphia District Attorney’s desk in 2012. It described an experience from a member of the Philadelphia Police Department. Two police officers on the job, away from three individuals — [continue reading…]

Following the PPD headquarters move, city-wide outreach has begun to decide what to do with the vacant land parcel. [continue reading…]