Frank Milillo grew up playing on the streets of South Philadelphia. Now, as the commanding officer of the 3rd Police District, he watches over them.

Milillo’s district stretches south of Lombard Street and east of Broad Street. As the grandson of Italian immigrants and a lifelong resident, he’s well-acquainted with the area.

He’s been in the police force for 27 years and served other districts, like the 12th, the 6th and the 25th. But the 3rd District, which is headquartered at 11th and Wharton streets, is his favorite.

“This area is unique,” Milillo said. “I still know a lot of people from growing up here in the area, and then there’s a whole new world of new people. We just have an explosion of immigrants that are coming here, which is great. We’re the melting pot of Philadelphia.”

As a child, Milillo frequently visited the bustling Italian Market, which runs along 9th Street between Christian and Federal streets. 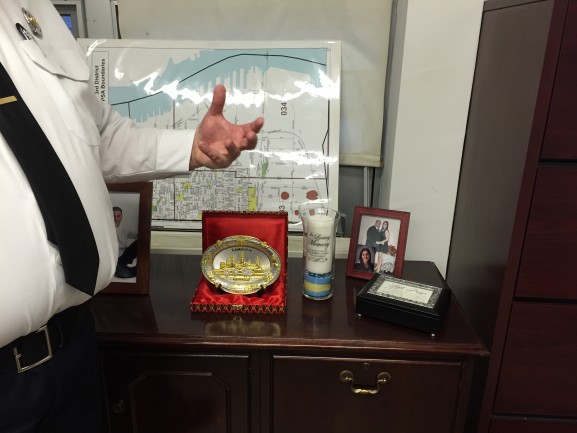 Milillo said the 3rd District sees very little crime related to race, origin or ethnicity. In the two years he’s served as commanding officer, overall crime in this district has reduced by about 16 percent, he said.

Crimes of opportunity and strong-armed robberies are most prevalent, he said. As a result, he and his officers post crime-prevention tips to social media and weekly bulletins in an effort to educate residents.

“I feel like they really do try to keep a good relationship between neighbors and businesses,” said Rose Capozzoli, who runs Ray’s Happy Birthday Bar, located at 1200 E. Passyunk Ave., with her husband, Lewis Capozzoli.

Capozzoli added that she believes any police district that organizes community meetings is likely willing to hear complaints of businesses and residents. 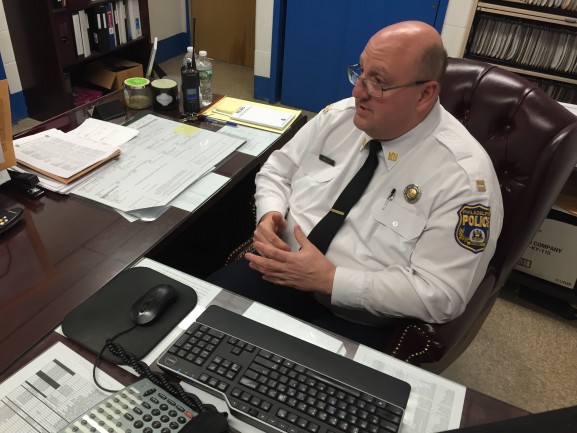 Milillo, who graduated from the Police Academy in 1990 and attended Northwestern University’s Center for Public Safety in 2002, said he likes the 3rd District the most because of the support coming from other officers as well as the community.

“I went from joining the police department because it was a job to saying, ‘It’s a profession,’” Milillo said. “I enjoy what I do, and I treat everyone fairly and with respect and dignity.”

“That’s what I stress to my officers,” he added. “Because I always tell them, ‘If you can’t respect each other, God knows what you’re out there doing in the community.’ That’s my motto, that’s what I’ve been saying since I came here.”

Milillo aims for unity among police officers within the district. According to local business owners, it shows.

Michael Pakradooni, owner of Vincenzo’s Deli at 1626 S. 9th St., works in the 3rd District but lives in the 17th District. 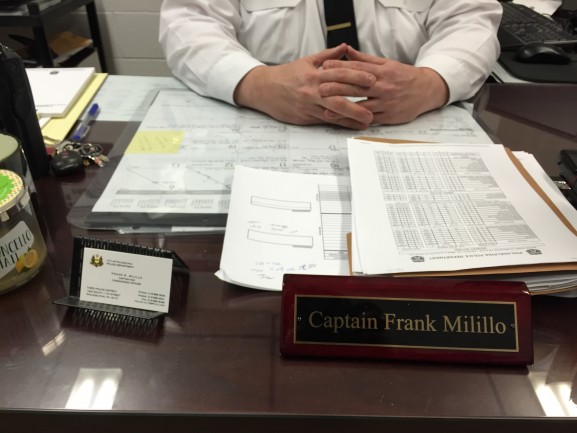 “[The Third District is] good,” Pakradooni said. “Compared to the 17th [District], I would say they’re much more responsive. They seem to be a happier bunch.”

Joe Fiore, owner of Nick’s Charcoal Pit at 1242 Snyder Ave., agreed. He said he often encounters officers from the First District, but he finds the 3rd District “the best.”

Gregory Bucceroni, the police department’s community support specialist in the district who’s been involved in neighborhood watch since 1986, said Milillo is always there for his officers and always there to answer the phone.

The hardest part of Milillo’s job, he said, is losing someone on the team. In the past two years, three of Milillo’s officers, and friends, have died.

“Even off work we support each other,” Milillo said. “It’s never just an eight-hour day. We’re here on holidays. We have our own little family here away from our real families, so it’s hard, especially how quick we had these deaths.” 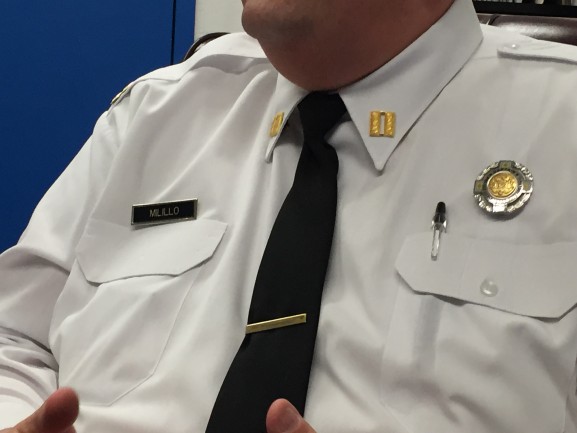 “We brought all the communities together, and everyone just had a fantastic time,” Milillo said. “It was just a really good day. The community came together, all of the different ethnicities got to see what their heritage brings. Everyone got along.

-Text, video and images by Claire Sasko and Patricia Madej.

Christ Church South Philly has impacted its Pennsport church community, emphasizing to its congregation the importance of love, family and praising Jesus Christ. The church began when its pastor, Jeff Boettcher (pictured below), wanted to [Read More]

Based in Fishtown’s non-profit organization Lutheran Settlement House, the Men Can (Prevent Family Violence) Campaign is an initiative to address domestic violence throughout Philadelphia. By providing education, garnering attention and taking new approaches, Men Can is [Read More]

The Victim/Witness Services of South Philadelphia is a non-profit organization that has offered free support and advocacy to victims and witnesses of crimes in South Philadelphia since its establishment in 1989. The advocates from the [Read More]