Beach toys rest against Anne Paul’s couch, not far from the ice-cream kit. Gardening pots accompany boxes of grow-it-yourself fruit and vegetable seeds that range from strawberries to hot peppers.

She makes sure her house is stocked with snacks, drinks, toys, – anything she know she’ll be able to use later.

And don’t even get her started on the basement, where her stock includes items like Tupperware and children’s clothes, along with higher-ticket prizes like a PC laptop, two flat-screen televisions and battery-powered iPod speakers.

“I have stuff everywhere,” she said. “Literally, everywhere.”

Her home isn’t always buzzing with such items, particularly the goodies that currently line her living room, but Coach Bag Bingo is approaching.

For Paul, it’s normal, and has been for the better part of two years.

The Port Richmond resident is the founder of Trisha’s Angels and Ernie’s Army, two separate charity organizations both designed for the same purpose – to give back to the community in which she’s lived in all her life.

Trisha’s Angels aims to help those in need with gift baskets. That idea stemmed from Paul’s mother, who died in 2007.

“If you were sick, my mom would make a basket,” Paul said. “She would put snacks in it. She would wrap it and everything. That’s what she did.”

Her dad, meanwhile, was what Paul described as a “Jack of all trades.”

While putting Trisha’s Angels in motion, Paul said she wanted to enact another type of idea, one in which a contractor could fix up a problem inside a house, at no cost to the customer.

She named this one Ernie’s Army, which she said is still in the “idea stage,” in honor of her late father.

“I’m going to find contractors or plumbers who would donate their time if we pay for the [materials],” Paul said. “You know, for seniors, if they need a new faucet or a washer changed or something. If we pay or the faucet or the washers, will [contractors] donate their time? That’s something else, along with the Trisha’s Angels, that we’re trying to do.”

Paul’s initiative isn’t the first that has aimed to help better conditions for those in need in Port Richmond.

The River Wards neighborhood, a small community that sits along the Delaware in Lower Northeast Philadelphia, is said by many of its residents to be close-knit and teeming with people who actively play their part to help others. Some of the more notable organizations include the Ladies of Port Richmond and Port Richmond’s Division 87, a faction of the worldwide Irish Catholic charity named the Ancient Order of Hibernians.

“Port Richmond is a very close-knit neighborhood,” said Contino, who serves as vice president for LOPR. “Everybody knows everybody or you’re related to everybody. If you need a favor, all you have to do is call and somebody will come.” 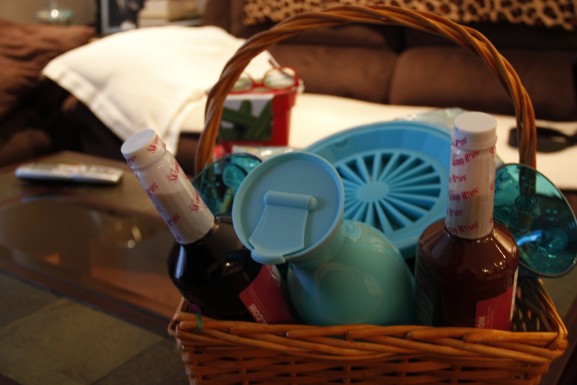 Stressing that point, Paul pointed toward her back yard and at the home that sits directly behind hers.

“That house was the house we were all born and raised in,” she said with a gesture. “Right there, right directly across.”

“And this house,” Paul added of her current place of residence, “the [owner] was my mother’s best friend. I knew her all my life.”

As Paul still lives in close quarters to her two sisters, she said they, along with a few friends, help her with tasks like packing baskets for her charity’s events. 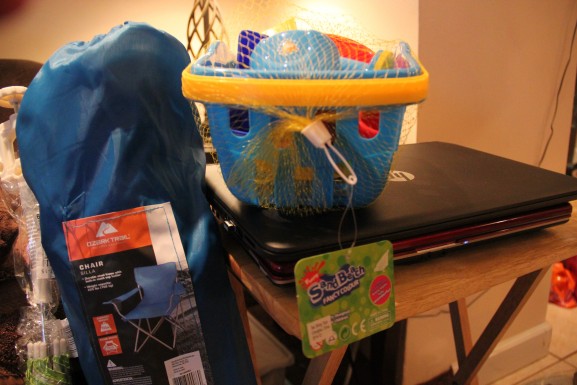 “I came to Anne around Easter time and I said ‘I need to do something,’” said Sue Wozniak, Paul’s neighbor. “I wanted to help out at Thanksgiving and she’s got 10 different projects. Pick your day, pick your choice and you can help. She’s so dedicated to making somebody else’s life better.”

Paul said she initially began taking part in various charities and fundraisers roughly five or six years ago. It wasn’t until she and her husband, Ken, took part in a Secret Santa in December 2013 to benefit a struggling Port Richmond family of seven that she decided she wanted to attempt starting an organization of her own.

“I decided that, ‘You know what? I want to do something,’” she said, “other than being on everybody else’s coattail. I wanted to try something on my own and it’s going well, actually. It’s not big, it’s not out there. Not everybody knows about it. It’s just something that I wanted to try and see if I could do.” 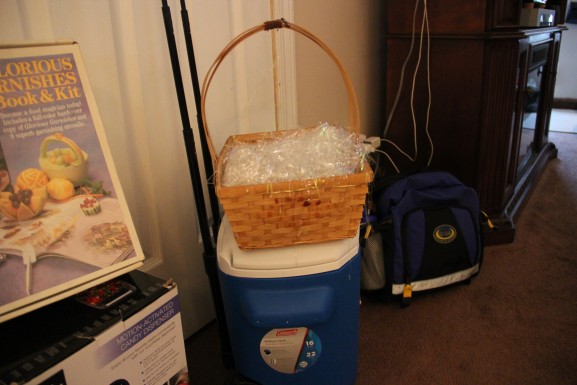 For now, Paul is preparing to host her Coach Bag Bingo event on Sunday, June 14, which starts at 2 p.m. at nearby Elaina Marie’s Bar & Grill on Thompson and Pickwick streets. And, for now, she’s just fine with keeping her organization on such a local track.

“It would be nice if I could branch out, but right now, my focuses are community,” Paul said. “There are so many people in our neighborhood that can use it.”

– Text, video and images by Andrew Parent and Paul Imburgia.

Port Richmond: For Lifelong Resident, a Decade of Giving Back

In 2004, Mary Louise Leuters invited a few friends to the kitchen at her house in Port Richmond. The two time breast cancer survivor said she wanted to start a group with the hope of […]

The sounds of brooms, shovels, brushes and laughter filled the streets early Saturday morning. The neighborhood that is usually quietly waking up was wide-awake and cleaning their block. With a bit of planning from the […]

Port Richmond: For Breast Cancer Survivor, Volunteering Was Not Enough

Friendly smiles, shades of pink, a hot plate and gift baskets were all factors in the Ladies of Port Richmond annual kick-off breakfast. The Port Richmond community eagerly walked into St. Adalberts School Hall on […]