In 2004, Mary Louise Leuters invited a few friends to the kitchen at her house in Port Richmond. The two time breast cancer survivor said she wanted to start a group with the hope of raising breast cancer awareness. Small goals were created like creating T-shirts, putting together an awareness breakfast and an annual walk to raise the money.

A short decade later, her new goal is to raise a few thousand dollars so she can reach the $500,000 mark by the end of the year.

The 79-year-old Port Richmond native founded The Ladies of Port Richmond, reaching out to a community that she has been involved with her entire life. From the campaign’s beginning, donations began pouring in from all over the neighborhood – including ShopRite, Northeastern Health System, Port Richmond Pharmacy, local schools and personal donations from residents.

“Seeing someone coming and saying, ‘the work that you are doing is unbelievable in this small community’ really makes it all worth it,” Leuters said. “Everyone has been so generous over the years.” 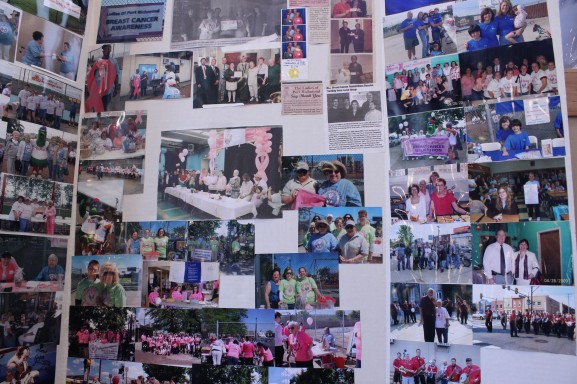 Close friend and hairdresser Marie Contino was one the first people to get on board, joining almost immediately after the conversation from 10 years ago in Leuters’ kitchen. As the owner of Marie’s Hair Salon, Contino has been donating any time, money and resource she can find. Having a shop full of friends, clients and survivors, it was an easy decision for her. She is oftentimes around the people she is helping.

“I really got involved because I’ve been around here for 40 years,” Contino said. “It’s very rewarding to give back.”

Contino, along with some of her staff and longtime customers, hand make around 25 baskets to sell at the annual walk every spring. All the proceeds go to The Ladies of Port Richmond.

“We do whatever we can,” Contino said. “If we can think of something to raise money, you better believe we will try it.”

With almost 33 percent of cancer among women being diagnosed as breast cancer, Leuters hopes to combat the approximately 232,000 new cases that the American Cancer Society said arose in 2013.

A report from the ACS states that last year alone, 39,620 women died from breast cancer. However, this figure has been in a steady decrease since 1989 thanks to advancements in technology and research.

Many of these advancements were made possible by organizations like The Ladies of Port Richmond and the group’s generous sponsors.

Port Richmond Pharmacy owner John Masino was instantly excited when approached by Leuters in 2004. At the time, Masino had only owned his store four years, but could tell that this was something bigger than just a donation.

“It is a big deal for us, especially within our family,” Masino said. “Helping out means a lot and family means a lot. It’s unbelievable how close knit this community is.”

The pharmacy not only created The Ladies of Port Richmond website, but also sells merchandise for the group. Masino sets up tents and helps gives various supplies during the annual three mile walk. Seeing so much of the community come and go through his store, it was easy to see the impact she was making on a local scale as well.

“Her passion for the effort and her commitment never stops,” Masino said. “It’s unbelievable and it makes everyone want to help out. It’s just amazing what Mary-Lou has done over these years.”

ShopRite administrative assistant Kelly Mason was approached in 2009 after hearing her store had been donating for about three years prior. She became instantly involved. 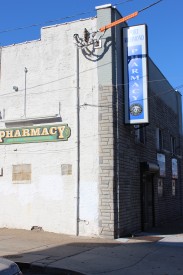 “She’s so great and very motivated,” Mason said. “She doesn’t wait for someone else to do something, she goes out and gets it done. She doesn’t stop.”

However, Leuters can feel the end of her journey with The Ladies approaching. She noticed that a bad knee and graceful aging has caught up to her, even limiting the time she spends at the annual walks. She says that moving will help keep her out of a wheelchair, but knows the support from her husband of 62 years helps make it possible.

“I can’t stop it because it is doing such a great thing,” Leuters said. “I’ll just have to slow down, I can’t get out there as much as I used too. I’m really looking for the younger generation to take over and keep it going.”

She has had a few potential candidates to fill her role, but is waiting for someone “who just feels it.” For now, Leuters is continuing to raise funds and stay humble despite the huge amount of money raised and awards received.

“She deserves every accolade she can get,” Masino said. “She won’t admit it, she always says it’s her team. I’m just a small part of her team, but without her, none of this would have happened.”

Port Richmond: An Oasis In An Urban Setting

John Rajca is the president of Friends of Campbell Square, an organization of volunteers and 10 permanent members who work to bring the community together through events in Campbell Square, a Port Richmond park located at [continue reading…]

Michelle Dewey is from Wilmington, Delaware. She makes the drive into Philadelphia everyday and hopefully, depending on traffic, it will only take her around 30 minutes. It’s a blistering hot Sunday afternoon when she arrives [continue reading…]